It’s now just over four months since the timber framers arrived; bricking and tiling are (almost) complete though there is still some oak cladding to do. The porch is nearly finished and the sunroom is ready to be sheeted and tiled. 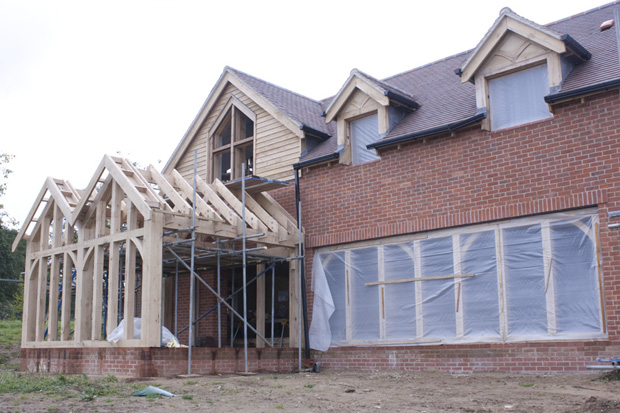 Much of the week has been occupied fitting windows. The build has been designed to optimise solar gain from the south and east contributing to natural space heating. All windows are triple glazed except for the sunroom which is double glazed. 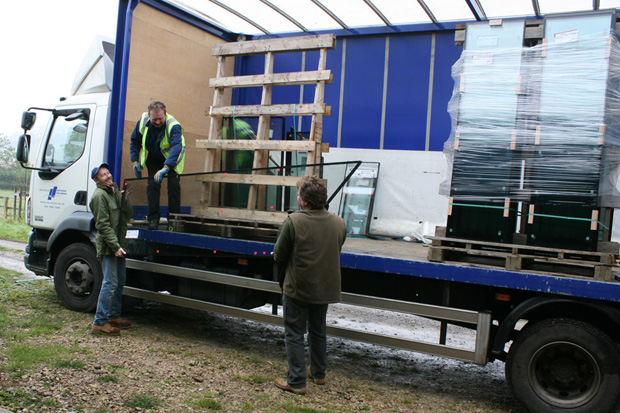 The large fixed windows have been sourced from, and are being fitted by, Black Pig Framing – specialists in glazing to green oak. Fifty-two large glazed panes from Solaglas are being fitted individually with rubber seals which make the window airtight but allow the glass to cope with any movement as the green oak dries out. 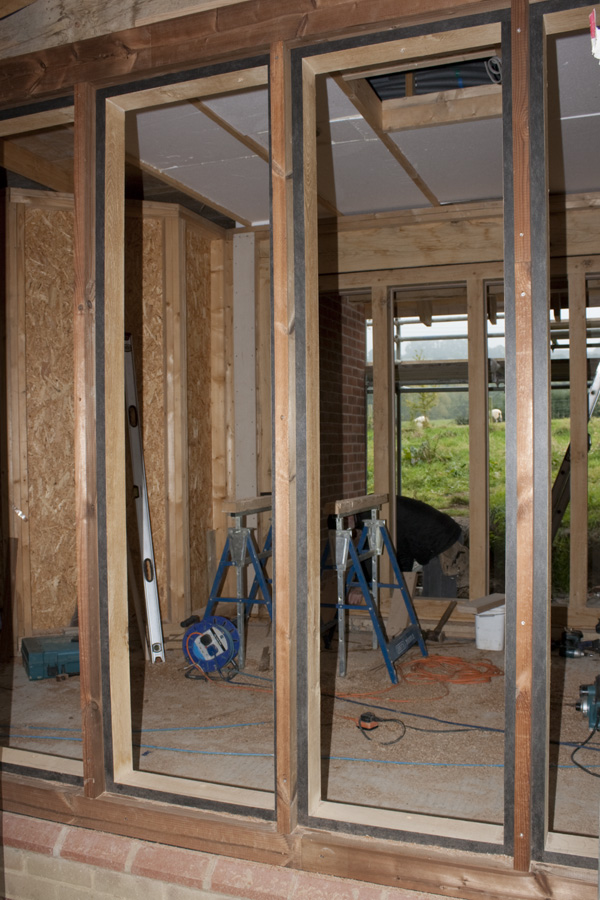 The glass is held in place by oak cover pieces fixed by stainless steel screws which are hidden using oak dowels. 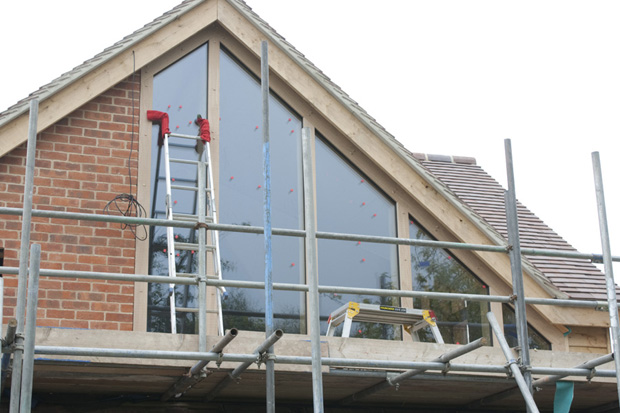 The triple glazed oak casement windows came from Calarel Developments joinery shop in Moreton. They have been spray finished and glazed by Devine Carpentry another excellent local craftsman just a kilometre or so down the road. 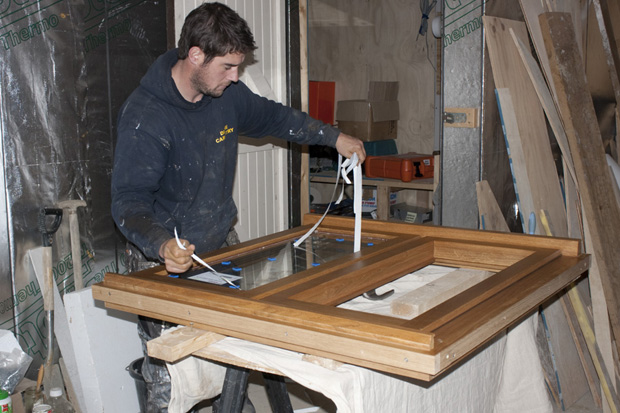 So far each has fitted perfectly into its allotted space thanks to the patience and skill of Steve and Debbie Savery – our “resident” carpenters.

This week also saw the arrival of Mark and Neil from SolarSense Bristol to carry out the first fix for the 80 solar thermal tubes being installed on the garage roof. 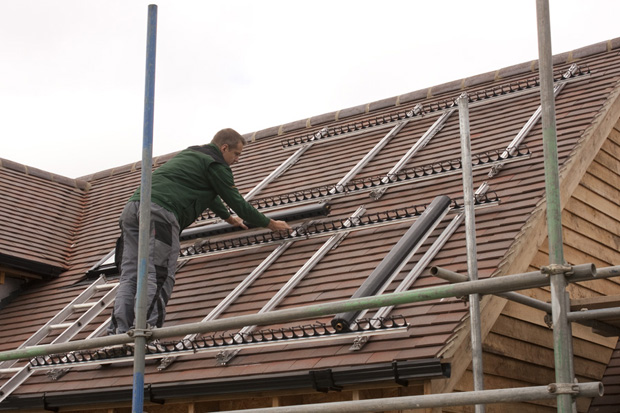 The 4 banks of 20 HP400 Thermomax evacuated tubes will supply hot water and underfloor heating via an 800 litre Sigma thermal store. Plumbing is being meticulously designed and fitted by Charlie, Freddie and Ash of Cotswold Green Energy. 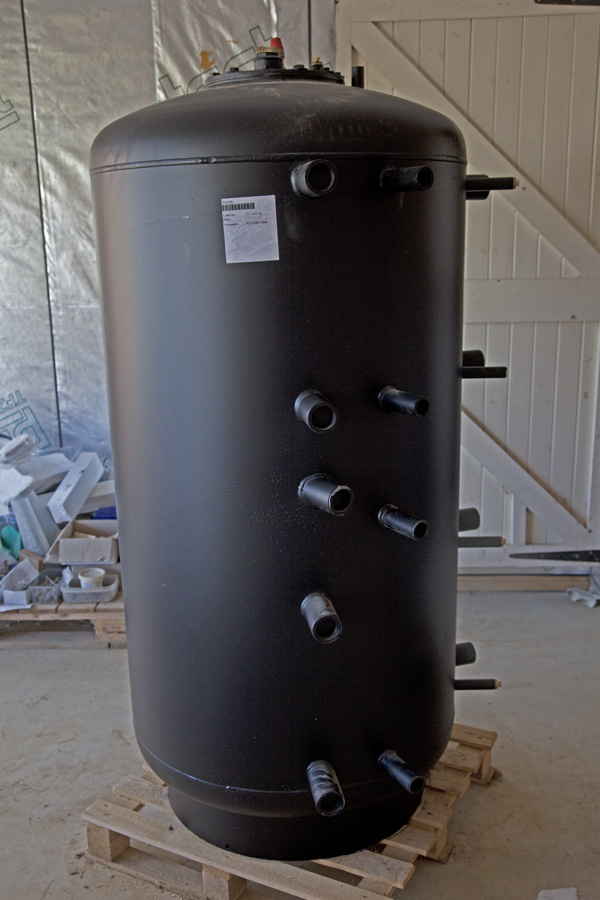 Meanwhile Nigel has been digging the 150 m or so trench which will bring the mains water onto site from the main road.

One of the most satisfying aspects of the build has been the way in which local craftsmen (and women) from brickies to tilers, plumbers to electricians, and carpenters to plasterers have worked so well together.