What are Pebbledash and Roughcast?

Despite the fact that it carries some negative connotations, there is another side to pebbledash render. It was an essential element of the Arts & Crafts movement and played a large role in Edwardian house design — so if you have a house with original pebbledash, embrace it.

Pebbledash and roughcast are forms of render where the top coat is textured by pebbles or pieces of stone, set into the mortar. The difference lies in the way they are applied.

Pebbledash is formed when fragments of stone are literally thrown at the wet render and pressed in, whereas roughcast involves the pebbles or stone being mixed into the mortar before it is applied to the walls. The latter produces a softer finished texture which is usually painted. 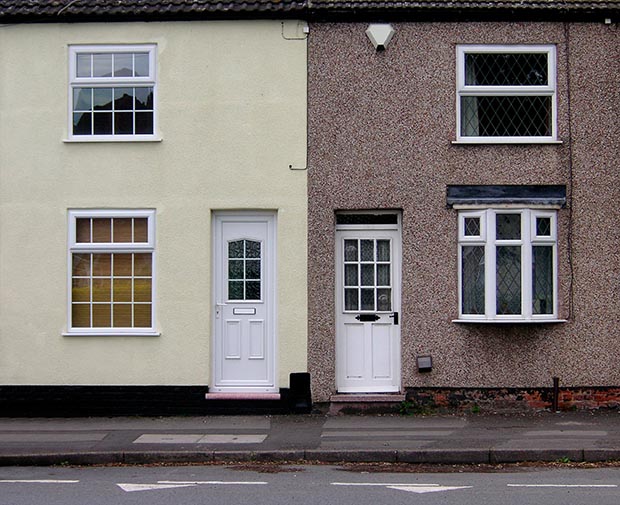 How is Smooth Render Applied?

Traditional cement-based render is applied in two coats. The first ‘scratch’ coat is around 9.5mm thick (or slightly thicker on old and uneven walls) and sometimes includes a waterproof additive. It is scratched while wet to form a good key for the second ‘floating’ coat.

The floating coat is usually around 15mm thick and is smoothed flat with a straight edge, before being rubbed over with a plastic float. Finally, it is finished with a damp sponge to remove marks and little bumps. 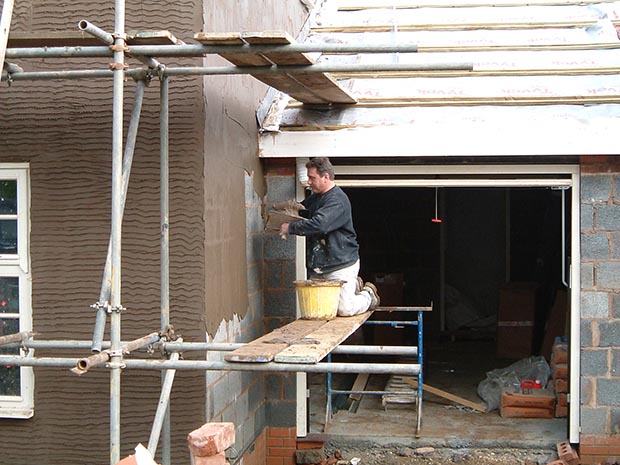 Should I Use a Lime Based Render?

If you are repairing a traditional building that uses lime-based mortar or some elements of it in the render, then you should certainly do so. Lime is less dense and more vapour permeable than cement-based products, so does not trap water in the substrate — which can happen with cement-based renders.

Owing to its breathable nature, lime render also tends to deal with movement better than cement-based products. It does tend to be more expensive but is widely considered the appropriate choice for many traditional (and traditional-style new build) homes. 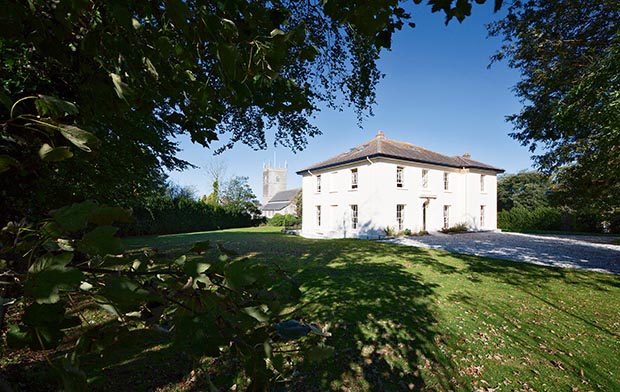 Case study: “We knew the damp was caused by concrete render repairs,” explains Chris Mugford of the work he and wife Linda carried out to their listed Regency rectory in Cornwall. “The walls could not breathe.”

So, one of the first tasks was to strip off all the concrete render and repoint the original stonework. A breathable lime render was then applied, followed by a natural mineral-based paint.

How Obvious Will New Areas of Render Be?

To some extent, this will largely depend on how good your chosen renderer is at their job. Areas of damaged render, or a new extension that needs to be matched to the existing building, will mean old and new render will often meet.

Make sure whoever is doing the job is clear on the difference between roughcast and pebbledash first; the two will never look the same, even when painted. It can be a good idea to just remove the old render and begin again, but if this is not possible (usually because of costs) try to conceal the area where new meets old.

How is External Insulation Applied with Render?

On older properties, with solid walls and so no cavities, it is not unusual for insulation to be applied externally, in which case it is usually rendered over — or else a render with insulation incorporated is used.

Where external wall insulation (EWI) is being applied before the render, this is usually in the form of rigid boards or slabs; it can be screwed or glued to the walls. A fabric render mesh is then usually applied over the insulation, bedded into the first coat of render. This is followed by two or more thinner coats of render. 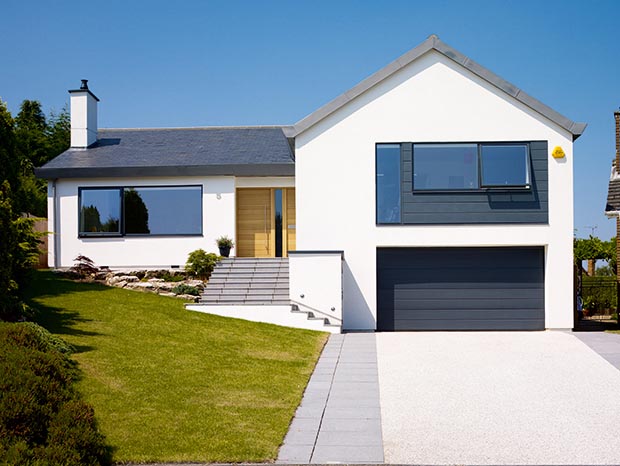 Insulating render was applied to this 1960s home

Who Will Do the Job For Me?

Most plasterers will also be experienced in applying external render. They will be able to screed your floors too.

How Long Will My Render Last?

Render generally performs really well — but cement-based renders tend to work best in situations where the underlying brickwork has been built using cement-based mortars, which are fairly rigid. Where softer lime mortars have been used, the render has to be able to cope with more movement; lime-based renders are better at dealing with this.

In either situation, though, cracks as a result of structural movement can occur. Render can also be vulnerable to trapped water. For example, if pebbles have become loose in pebbledash, water can get in. If this water freezes, the render can crack or, worse, fall away in sheets. Other problems include salt crystallisation around cracks.

Pebbledash can be expected to last between 20 and 40 years. This means many of the homes clad with it are now ready to be re-rendered.

Cement-based renders tend to have a shorter life than both the modern acrylic versions as well as lime-based renders — they are more liable to shrinkage and crack or break off more easily. Lime-based renders can still be seen on some buildings dating back centuries. 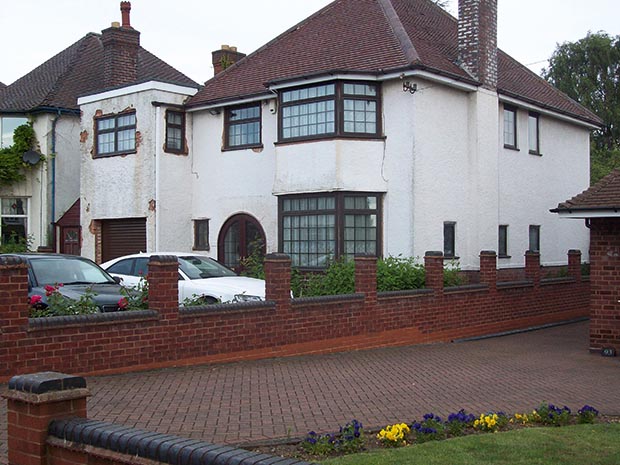 How Long Will it Take and Cost?

This depends on how big an area is being rendered, but for an average-sized three-bedroom semi you can expect it to take around a week for three walls to be completely prepared and rendered. For the same job you could expect to pay upwards of around £2,200 including materials, but not including the cost of scaffolding required for a two storey job.

How is Render Repaired?

Whether dealing with cracks or separation of render from the wall, the most common solution is to cut the render back to sound material, leaving the edges a little undercut in order to improve the key. The joints of the brickwork are then raked away to provide a key for the new mortar and the fresh render applied.

When looking at rendering your home, you will more than likely come across the term ‘monocouche’ render. While both cement-based and lime renders are traditionally mixed on site with sand, and applied in two or more coats, monocouche renders require only one coat. They come supplied in bags ready for mixing with water and can be applied in the traditional way with a trowel, or sprayed on.

These renders are usually pre-coloured in pretty much any colour you choose and can be applied in just one coat — usually around 15mm thick. They are also typically acrylic-based, as opposed to lime or cement-based. They’re generally more flexible and crack-resistant, when compared to traditional renders, and are water vapour permeable.

While they cost more than traditional render (around £8-10/m² compared to £1/m² for cement render), they are much less labour intensive and need no painting, so the cost difference is actually not huge. In addition, they have additives to make them more flexible, so eliminating cracking.

There are even those that claim to be self-cleaning, which work by making rain cling to and wash away dirt (try Sto). 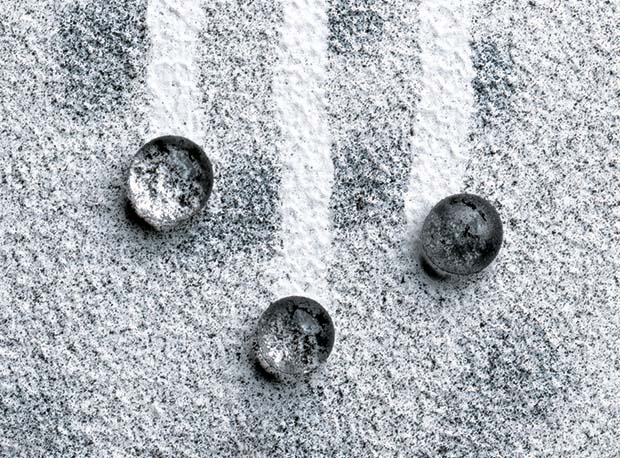