Preparation for the Carpenter Oak Glazing Team was a very close run challenge. Parts of the scaffold engulfing the house since June needed to be removed but could only be dismantled when the building team had completed their work. The oak frame needed to be sandblasted to clean it before the glazing could go in. After the oak had been sandblasted large areas of frame open to the weather had to be protected until the glazing was fitted. The arrival of the Rationel windows for the fixed glazing sections was also critical.

This in itself was complex to co-ordinate and oversee while holding down a job at the same time. However Christmas was rapidly approaching. The Carpenter Oak Team had booked me in their last slot before Christmas so there was no room for error. The good old British weather, a heady mix of gale force winds and unrelenting torrential rain, decided to help out too.

The building team managed to finish things just in time. On the Monday the sandblasting – estimated to take two to three days – began. However the scaffold needed to come down on day three also.

What I hadn’t realised was the sandblasting was a little more anti-social than expected. Naively I thought it would be fairly localised but in practice the entire house and several meters around it was filled with a sandy dust cloud. However luck decided to help out and the sand blasting went better than expected and was completed in less than two days.

Luck though was not going to be entirely generous and decided not to spoil all the challenge. The sandblasters finished and were packed by 2.30pm. Great I thought we can get the large areas of open freshly cleaned oak frame covered between us before sundown at 4pm, with time to spare before the predicted evening rain. 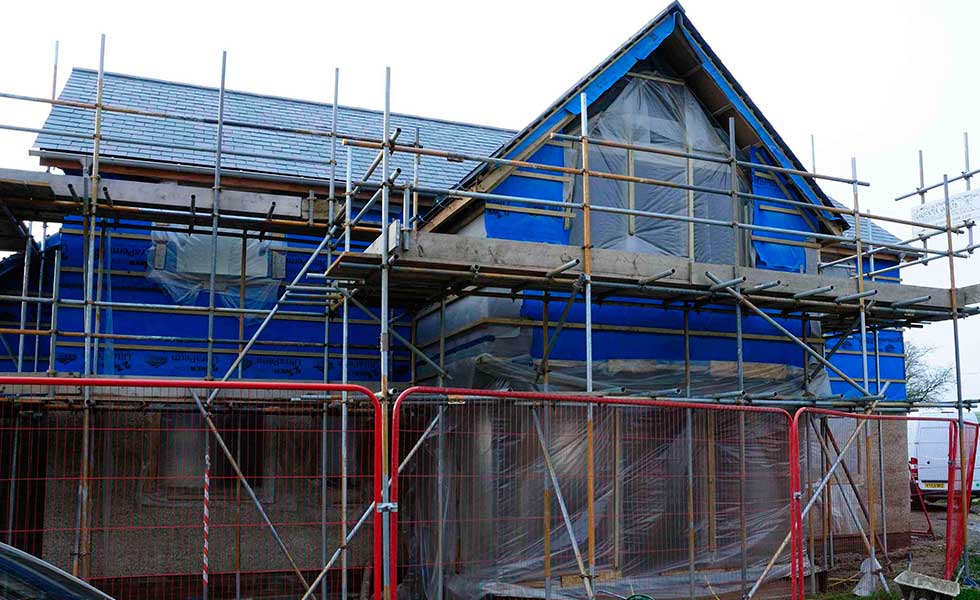 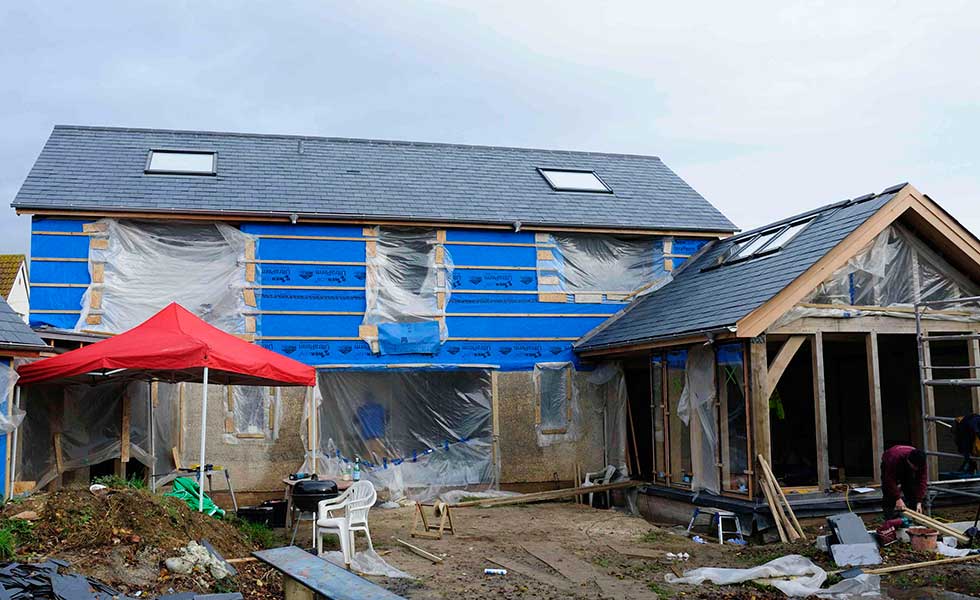 So as the light started to dim and the clouds started to thicken I was faced with a task that is fairly easy for two men but a nightmare for one. I made some calls — no one was free, it was up to me.

Manhandling 4m-wide clear polythene sheet billowing in the breeze and trying to attach it efficiently and quickly with wooden batons and nails is not the easiest job in the world but gradually I was getting there. Though as the light failed the true saviour became apparent — my father! Sadly his health limited him from helping me directly but earlier that day he lent me his LED head torch…

“Stick this in your car son might come in handy.”

It certainly was very handy indeed! Eventually as the drizzle started to fall everything was covered and nailed down tight.

I sat in the house and listened to the weather buffeting the plastic. It was a strange feeling the house being fully enclosed for the first time albeit with plastic rather than glass. It brought a very different character to the house in a positive way and was a key moment and experience of the build. 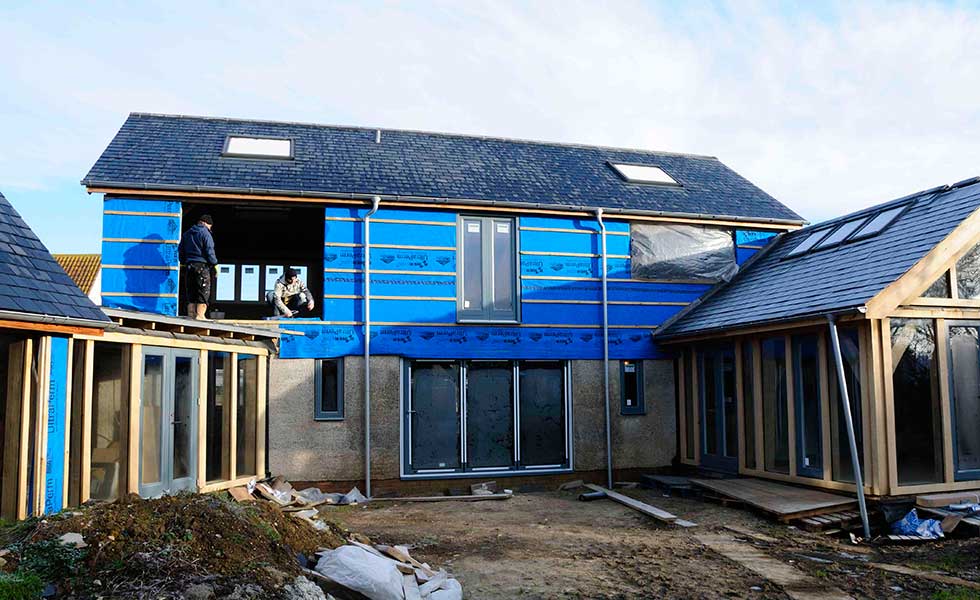 Scaffold down and the window team ready to go

The following day most of the scaffold came down revealing the house for the first time. That very afternoon the Carpenter Oak Glazing Team arrived to have a look at the site. Thursday morning as Carpenter Oak began to set up the Rationel casement windows and doors arrived.

“I love it when a plan comes together”: John ‘Hannibal’ Smith – The A-Team