Adam Glabay and Shauna O’Handley have built a contemporary cedar clad house, utilising every inch of a tight corner plot. The site – adjoining a Victorian terraced street – posed not only space limitations, but also the need to meld their self build into a fairly traditional setting.

The solution was to design a home with minimal street facing glazing and a low profile, but this has not hindered light flow or space and the house feels bright and comfortable. Although just 100m², the couple have made the most of this space, even managing to have something much sought after in London — outside space to call their own.

The house was winner of the Best Interiors category in the Daily Telegraph Homebuilding & Renovating Awards 2013.

Adam and Shauna’s plot was originally the site of two lock up garages. Situated at the end of a row of terraces in South London, the infill plot – with planning permission for a contemporary house – was not to be missed.

The triangular shaped corner plot posed interesting problems for design, which have been met with innovative solutions. 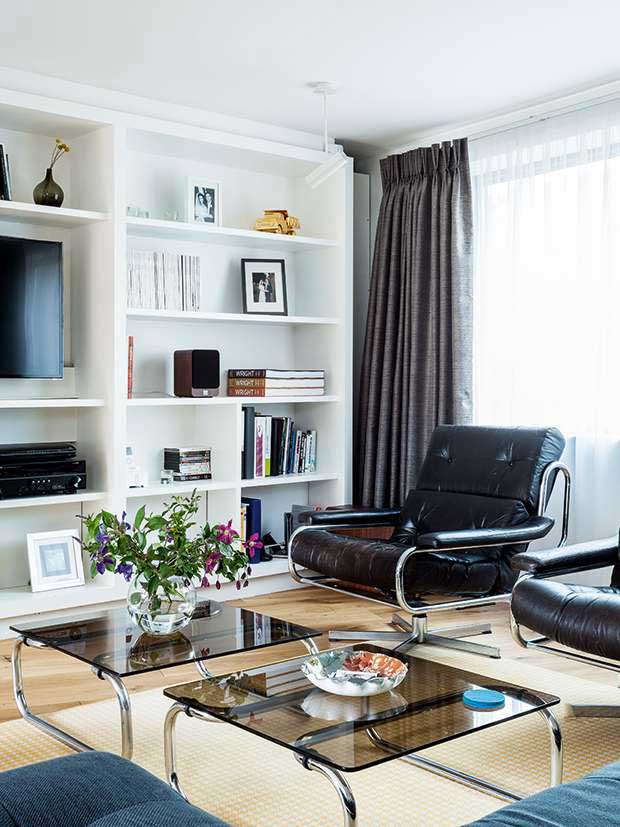 The couple were both brought up in Canada, in homes built by their parents. Self build was thus familiar and after having lived in the UK and renovated several one bedroom flats, they decided to build their own home.

They were keen to work in timber frame, a structural type commonly found in their homeland. They also wanted to make maximum use of their unusual plot with regards to space and light — without upsetting the neighbours.

The plot had been granted permission for a design by architect Nagan Johnson. The couple retained Red Squirrel Architects and made a few changes to the original plans. 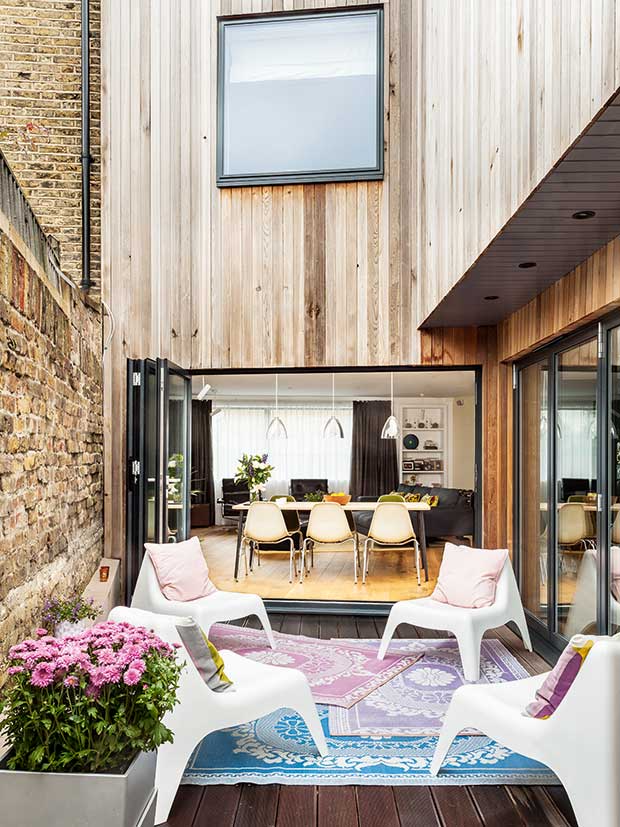 The contemporary cedar clad structure is a curved, sculptural design. The untreated cedar will fade and silver, mellowing with age to suit the plot. It lacks visible windows on the road facing elevations, favouring use of folding sliding doors and large windows on the sides facing their garden.

A condition of planning and the mortgage through Ecology Building Society, was to have a green roof, so a wildflower sedum mix has been used. This is visible on the kitchen roof from the first floor bedrooms.

The ground floor is open plan, with distinct zones for relaxing and cooking. But when the folding sliding glass doors are opened the decking in the garden becomes part of the kitchen and a large space for entertaining is made. 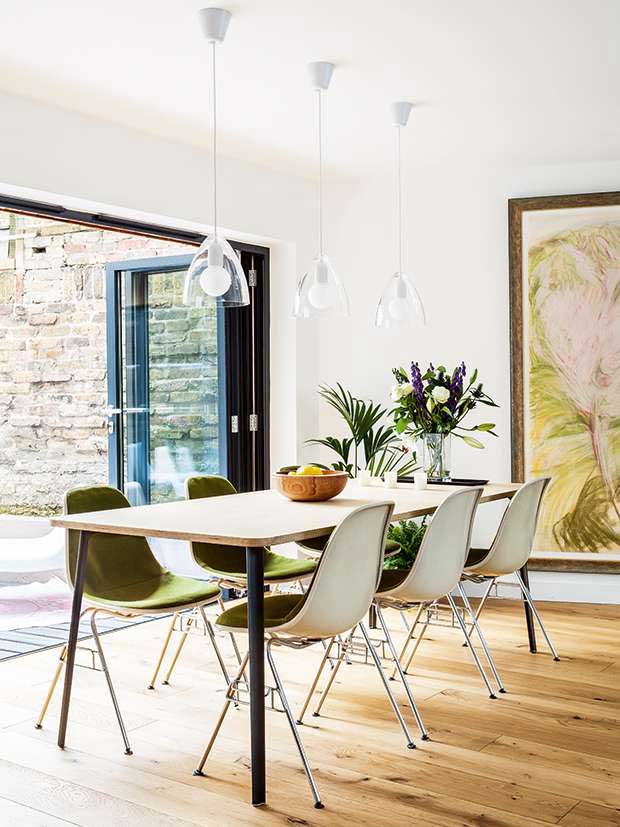 The house took 11 months to build, during which time the couple lived with friends. They also worked hard to maintain good relationships with their neighbours, who they met at a street party two years before the build started and kept in contact with throughout.

The build began with some complicated excavations to create lower footings for the house. The side wall of a neighbouring house needed to be underpinned to avoid subsidence as part of this process.

They also had to construct a raft over concrete strip foundations to accommodate the clay soil, and a steel frame was erected to support part of the new structure. Doing complex works on a small site was tricky, especially when it came to access and storing materials. They wanted the house itself to be factory built and transported to the site for construction, but after struggling to find a builder who would erect it, they ended up having to stick build on site.

The final challenge was getting furniture to fit their unusually shaped rooms. In the end, they custom built most of it which adds to the charm of the house which clearly has Adam and Shauna’s own stamp on it. 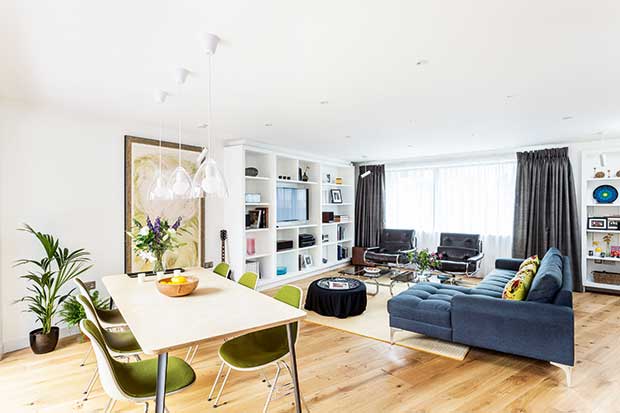 The couple and their architect chose a fabric first approach by making sure the timber frame was highly insulated. This was then clad with untreated cedar, impregnated with fire retardant. They then installed energy efficient triple glazing.

After meeting the U values their mortgage provider recommended, they furthered their eco credentials with underfloor heating on the ground floor, LED lighting and grey water recycling for flushing the toilets.

All this effort has been worth it and Adam and Shauna are proud of the way their contemporary home works with the street scene. The build deadline of 2012 came and went, but the project was completed just a few weeks later and the couple moved in.