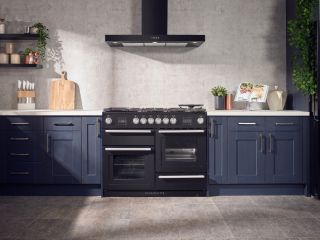 The best range cooker is well worth tracking down, despite being generally higher in price than standard cookers. Not only do they look great – even some of the more traditional range cookers are now available in some really eye-popping shades – but they also offer a really flexible way of cooking.

Whilst range cookers are traditionally thought of as being far larger in size than conventional ovens, they are now available in lots of different size options, from those worthy of a professional kitchen setting to models more suited to compact kitchens.

Style-wise there is a range cooker to suit everyone. Whilst owners of period or traditional-style homes might prefer to stick to a classic range, there are some really striking contemporary range cookers out there too.

Read on to find the best range cooker for you, your kitchen and your budget. Our pick of some of the top models out there has you covered.

Which is the Best Range Cooker?

Whilst everyone will have a different set of criteria when it comes to choosing the best range cooker for them, based on value for money, the variety of cooking features on offer and optional extras, we selected the Stoves Sterling Deluxe S900Ei for its reasonable price, handy features and sleek design.

Sleek and subtle in its appearance, the Stoves Sterling Deluxe S900E1 Induction Range Cooker would fit in with most kitchen schemes.

The multifunction oven has 11 settings, including a pizza and proving option, whilst the enormous capacity right-hand oven with 8 shelf position should make cooking for a crowd a doddle. What’s more, this larger of the two ovens can be split into two separate fan ovens each controlled independently.

On the downside, the oven doors swing right back on themselves meaning they can knock into adjacent unit fronts.

Plenty of cooking space and a sturdy hob, not to mention good looks

With two super spacious electric ovens – one fan and one multi-function – and a separate grill, along with six chunky gas burners, including a wok cradle, the Rangemaster Elise 110 Dual Fuel Range Cooker should suit even the most ambitious cooks out there.

Whilst the lack of clock or timer may deter some, the classic and reassuringly sturdy good looks and wide range of colour options, including stainless steel, more than makes up for it.

The main oven offers seven settings, including one for defrosting food, whilst a handy storage drawer is useful for storage or keeping plates warm.

Those who like to keep an eye on their food as it cooks might be put off by the solid-fronted oven doors, whilst others see this as a point in favour of the cooker as glass can look dirty quickly.

Those willing to spend more on their range cooker should take a look at the Smeg Portofino  CPF120IGMPR 120cm Dual Fuel Range Cooker. With a classic appearance suited to modern and classic kitchens alike, this range cooker features two massive electric ovens, each with multiple cooking functions, as well as a mixed fuel hob.

The six-burner hob has three gas burners, including one ultra-rapid burner, a griddle and two induction zones.

Another handy feature of this one is its closed door grilling system — something missing from many other models. Not only does this make it a safe option for those with young children, but it is also more energy efficient.

£1,029
View at Amazon
£1,049
View at Currys PC World
£1,199
View at Sonic Direct
See all prices (4 found)
Simple to use
Seven hob burners, including a wok cradle
Perfect for traditional kitchens
Relatively inexpensive
Dials a little tricky to read
Main fan oven hard to access for some

The LEISURE Cookmaster CK110F232C Dual Fuel Range Cooker is reassuringly traditional in its appearance and, despite its generous proportions and seven hobs, shouldn’t scare those put off by too many fancy features.

In short, this one is fuss free and a good, value for money, family-sized range cooker with all the features you do need and none of those that you don’t.

Those with super sleek contemporary kitchens might find it’s rather traditional looks won’t suit though and for some, the position of main fan oven at the bottom left under the grill, is inconvenient.

Classic good looks and perfect for those with smaller kitchens

Don’t let the classic styling and smaller size of this range cooker fool you — it has an impressive range of state-of-the-art features.

Its two multifunction ovens have settings for everything from defrosting to crisping up pies and pizzas. And, in addition to four gas hobs, the cooker also boasts a wok burner and half-smooth, half-ribbed griddle plate — full English anyone?

Other features that helped put the Rangemaster Classic Deluxe 90 Dual Fuel Range Cooker on our list include the swing out roasting tack and dishwasher-friendly cast iron pan supports.

£1,048.97
View at Appliances Direct
£1,069
View at Amazon
£1,069
View at John Lewis
See all prices (12 found)
Gas oven heat up quickly
Classic good looks
Available in three colours
Large grill and storage drawer
Not LED convertible — not suitable for those with no gas connection
Lacks some of the functions of others

Controls are sturdy and easy to operate, including the push-button ignition used to control the hob.

The glass oven doors allow you to see exactly what is going on in there and the clock, with a timer, is clear and easy to read.

The Beko KDVI90X 90cm Induction Range Cooker features two spacious  ovens and a grill and is a great choice for those on a more limited budget, coming in at half the cost of some other similarly sized models.

Whilst colour options are limited, the induction hob makes stove-top meals a doddle, although not everyone gets on with touch controls, a feature on this cooker.

Its sleek design and induction hob make it easy to clean and the lack of dials and knobs make operation simple.

The Bertazzoni MAS905MFED Twin Dual Fuel Range Cooker will make a real design statement in your kitchen — plus it comes with a whole host of cooking features.

As you might expect, great thought has gone into the design of this range cooker, from the soft touch knobs to the chunky temperature dial. The knobs clearly direct you to which area of the oven they operate whilst the gas hobs manage to avoid that ‘clunky’ look some pan cradles can have.

Whilst there is no storage drawer and the ovens are not as room as some ovens of the same width, multiple rack positions, a fast preheat time and the all-important pizza oven setting are all there.

What’s more, those wanting to do their bit for the environment should be pleased to hear that Bertazzoni have ensured that 99% of the materials used in making the range, including its packaging, are recyclable, and come from an eco-friendly factory.

How to Choose the Best Range Cooker

When it comes to choosing the best range cooker for you, consider the following:

How Much do Range Cookers Cost?

Range cookers vary widely when it comes to cost. At the lower end of the price scale they start at around £600, whilst Aga’s and heat storage range cookers cost far more, averaging around £7,000 - £10,000.

For professional range cookers you could easily end up paying upwards of £15,000.

In general though, expect to pay between £1,200 and £4,000 for a good-sized range cooker with plenty of cooking functions.