For most first-time buyers, the task of not only restoring three 17th-century, Grade II listed farmworkers’ cottages, but uniting them to form one family home, may seem like a challenge too far. However, for architect Sean Peel and partner Alice Shread, it was the perfect opportunity to create a forever home.

The dilapidated condition of the building did not put the couple off when they were presented with the auction brochure by Alice’s Dad back in 2012.

The property hadn’t been touched in about 30 years, but with Sean’s architectural experience and encouragement from Alice’s Dad, they decided to put in a bid — which was accepted.

The property came with planning permission already in place, but with its Grade II listing the couple’s proposed plans took several months to be agreed.

Sean chose to submit for pre-application advice so works could be negotiated before the final plans were proposed. It was stipulated that the three staircases and three door openings needed to be retained to be in keeping with the original house.

Work started on site in March 2013 and the couple chose to project manage the work while living close by with Alice’s parents. Their friend and local contractor Michael Shipman of Shipman and Bee is a specialist in this type of project. “He was really helpful throughout the whole process, making sure the historical detail remained accurate,” says Sean.

“The rooms had to link through and we wanted to make things as light and airy as possible, including making the kitchen area feel spacious with high ceilings and large windows to bring in as much light as possible,” he says.

The original footprint remained the same, including the kitchen extension, which had originally been a coal shed and outhouse.

The couple had a surprise find early on, when an original oak frame wall at the back of the house was uncovered; trapped behind cement-based plaster for many years, the frame was rotten and warped. This meant the whole rear elevation had to be rebuilt with the help of James Cranes of Timber Framing Ltd.

Throughout, the couple opted to use traditional techniques wherever possible. (Although there is also lots of hidden steel in various areas of wall supporting the building, including supporting one of the chimneys). Where original materials could not be saved, new products sensitive to the building were used.

The energy-efficiency credentials of the house were limited by what they were allowed to do, but Sean’s approach was that this was a recycling project. Double glazing was not to be used in any part of the original house, but with good insulation, this wasn’t an issue.

Since the property had been three houses, the floors were at differing heights, meaning the whole floor area had to be dug out. “We recast the floors with 120mm of insulation and underfloor heating,” explains Sean. They also raised the height of the master bedroom and en suite. 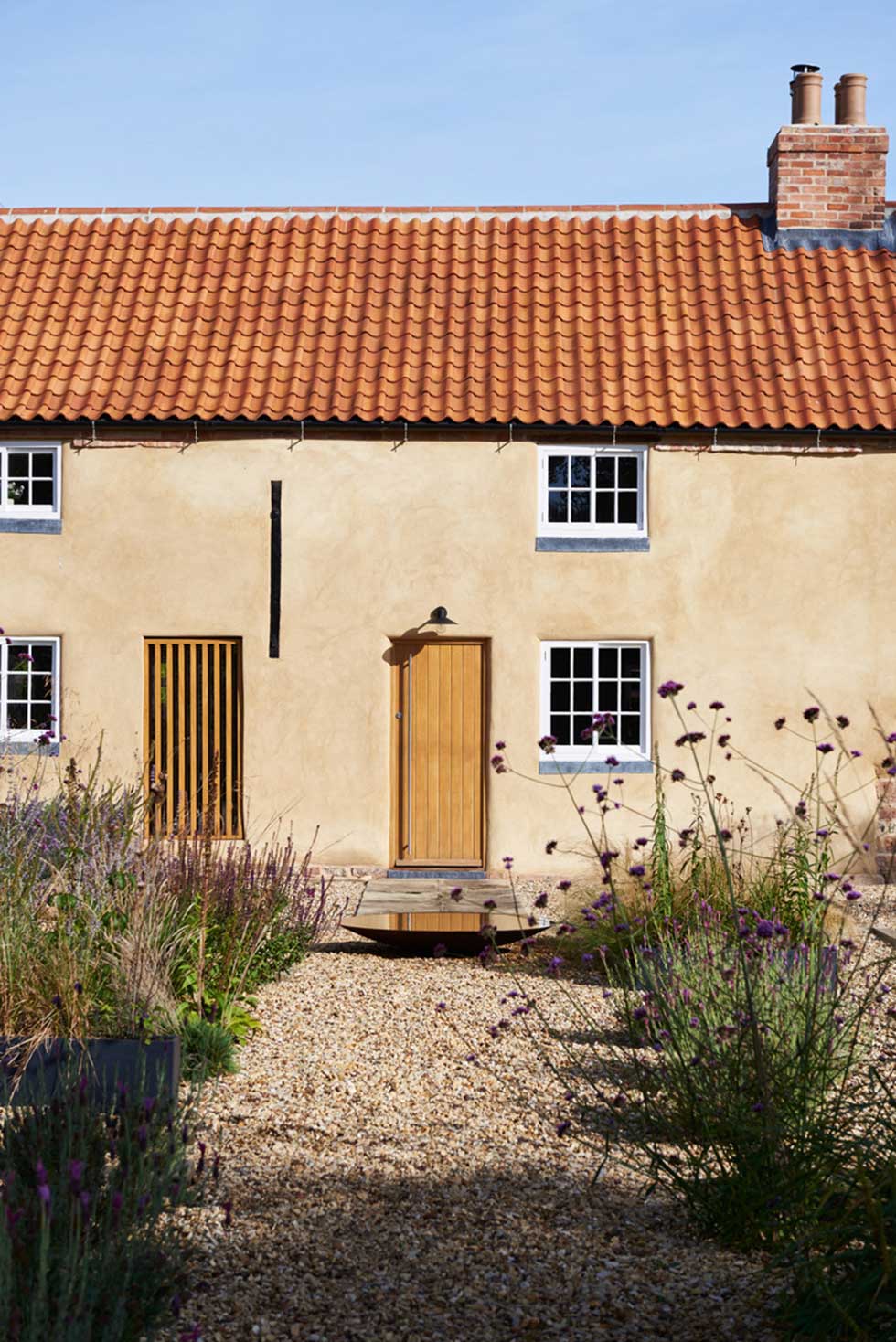 Sean created a shutter-style feature within the original doorways — each is now a window with a wooden slatted frame hung on top. This makes for an attractive finish and also offers an element of privacy. “From the road where the house is first viewed, these shutters obscure the view into the living area,” says Sean 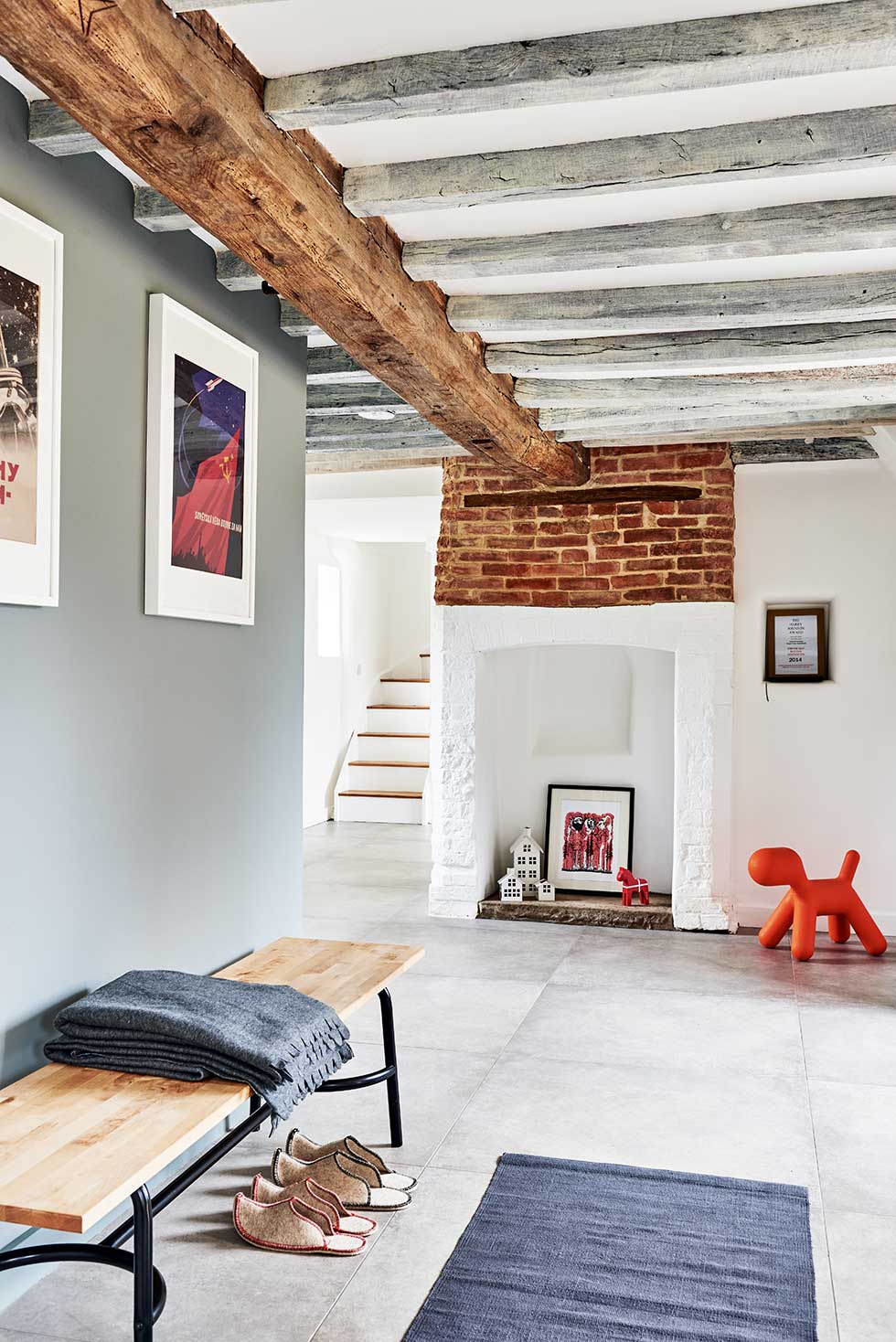 The original beams, which had been painted in a thick, tar-like paint, were stripped back and lime washed to create a fresh look. The large open plan spaces also maintain the building’s original agricultural feel 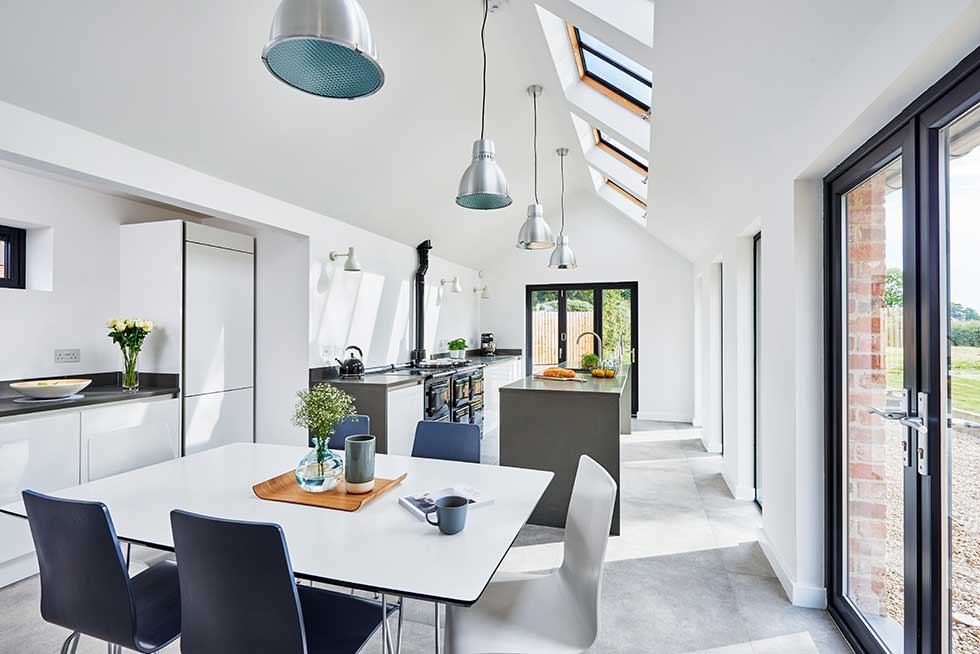 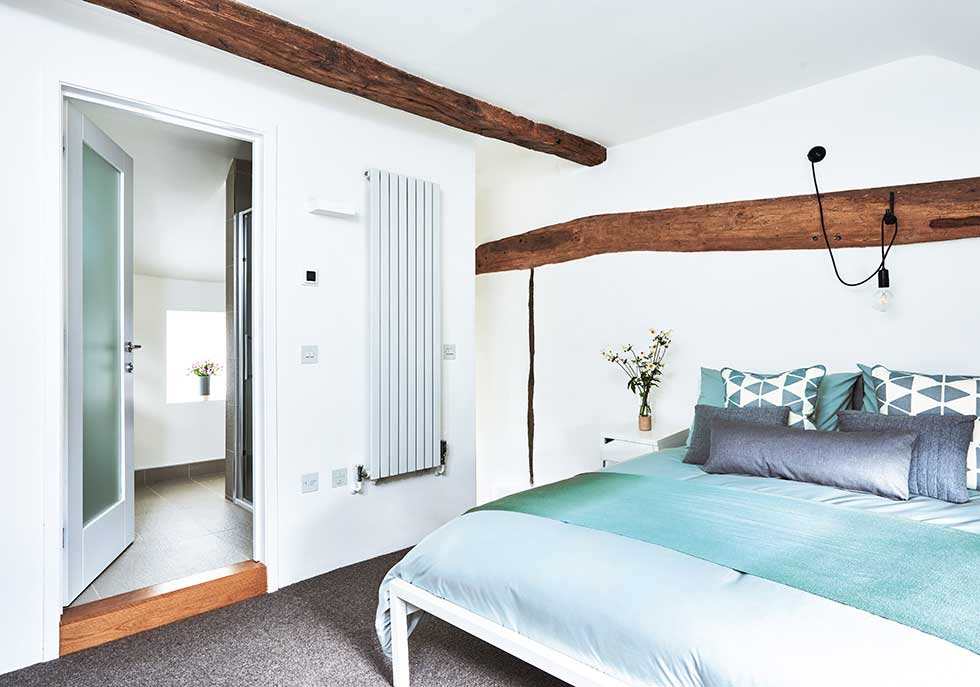 Upstairs, the guest bedroom has been kept separate so that visitors can have their own space, whilst the remaining two bedrooms are linked, with a separate staircase to each 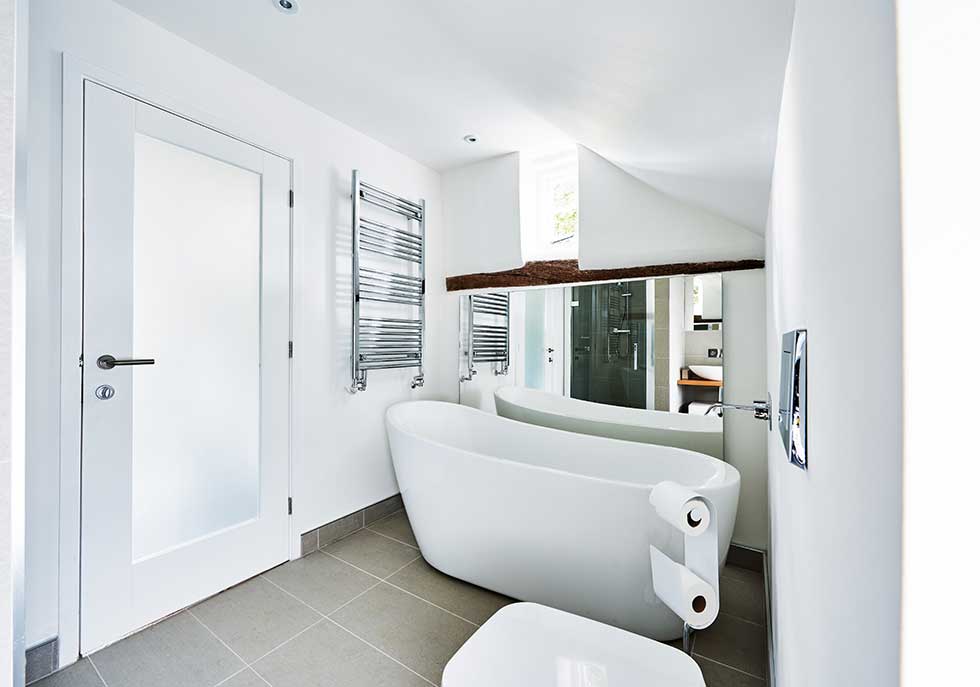 “We wanted to make things as light and airy as possible,” says Sean