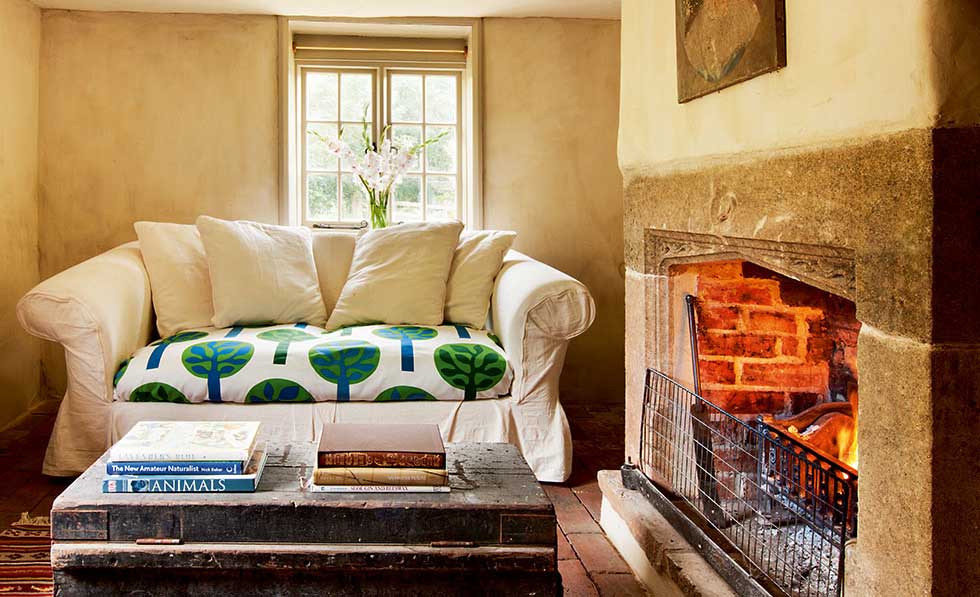 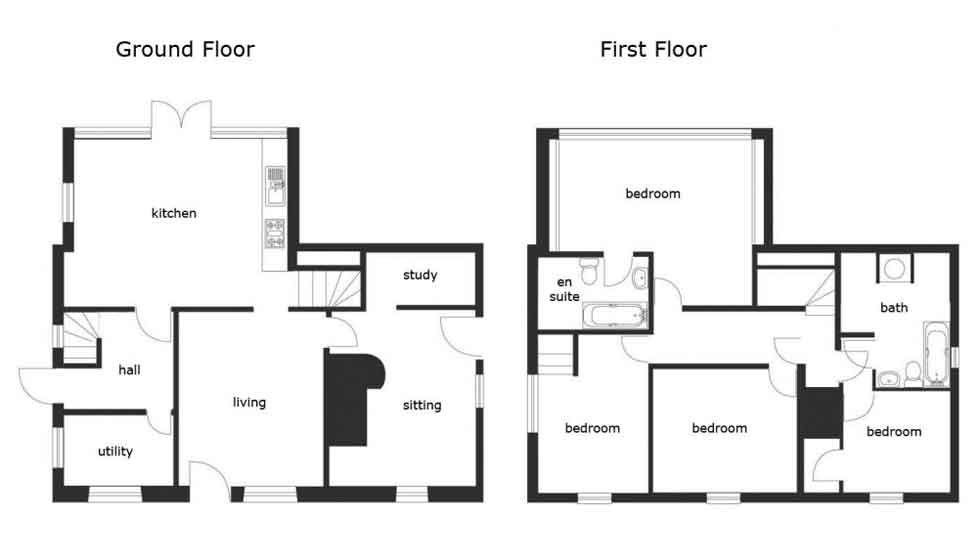 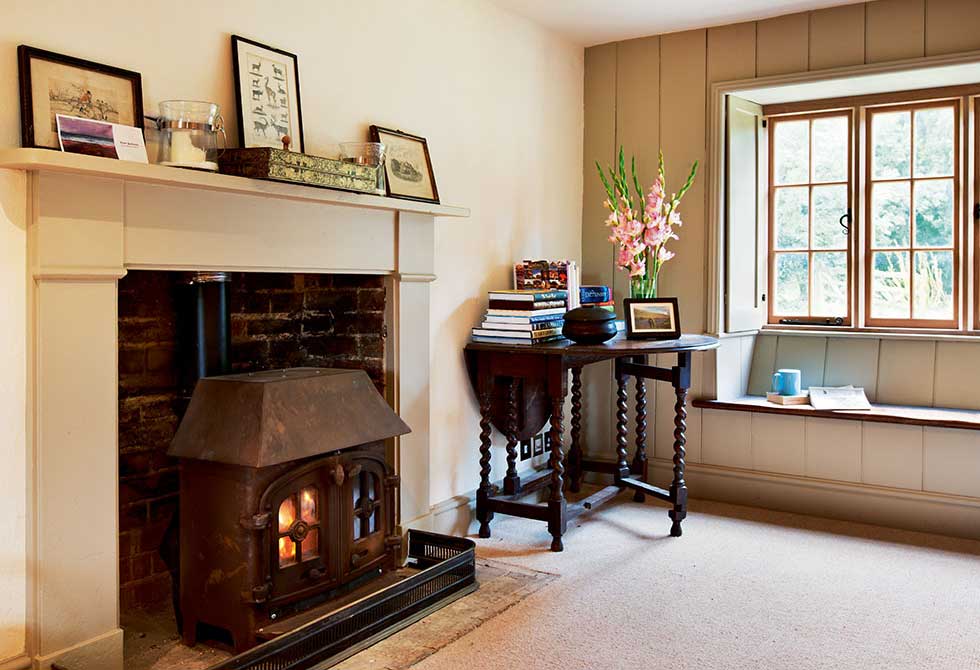 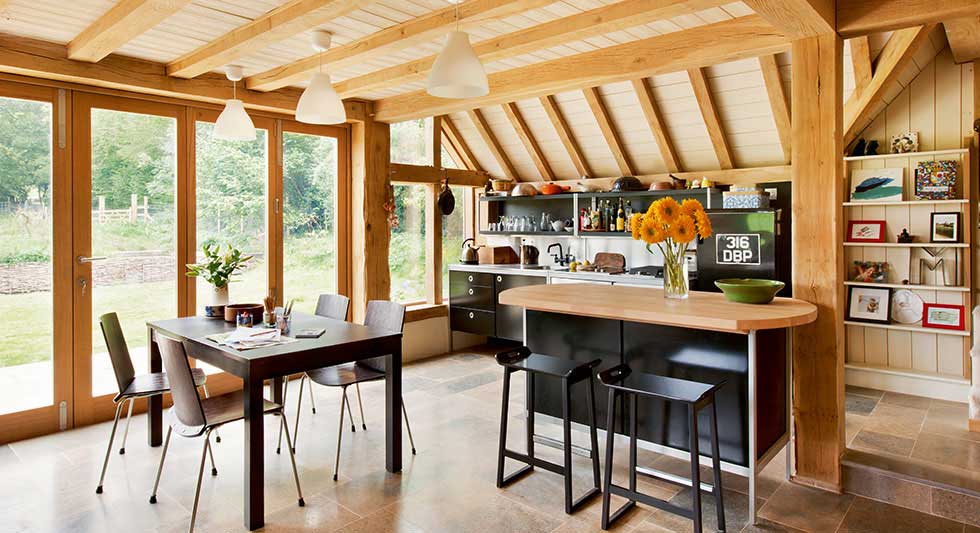 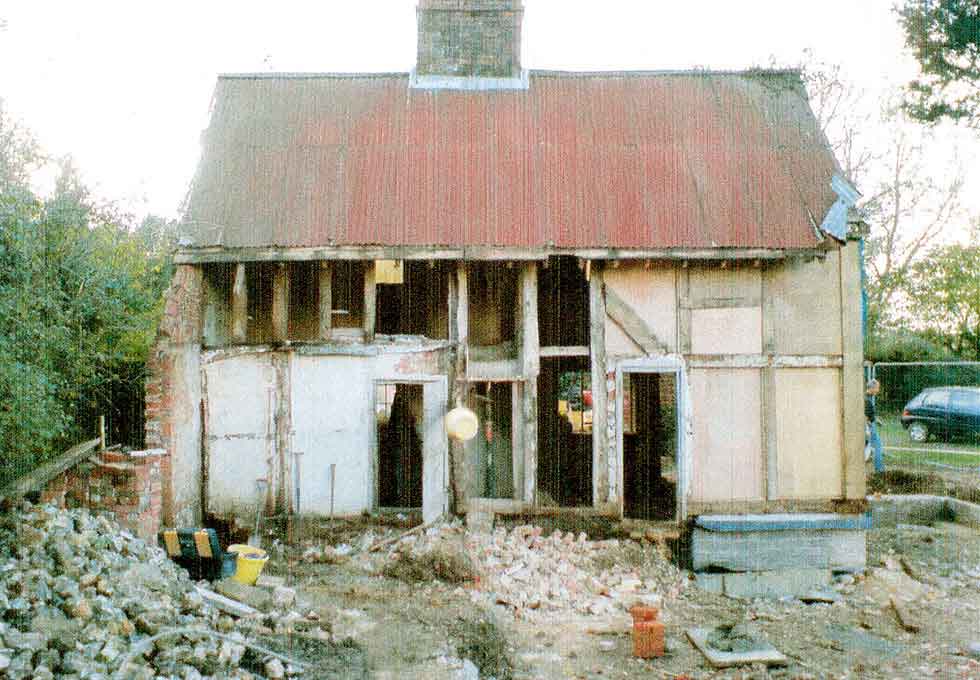 Steven spent his childhood playing in Underkeepers Cottage on his family’s farm — and his adult years perplexed about how best to restore the dilapidated brick and flint building.

Located in the newly established South Downs National Park, ten miles north of Portsmouth, the cottage resides at the end of a ¾-mile-long track which passes through picturesque woodland swathed in bluebells.

“The building was used to raise pheasants for a couple of months each year, but apart from that lay empty and made the perfect den when we were children,” recalls Steven. “Even then I daydreamed about living there — although I didn’t realise quite what a challenge restoring such an ancient building would prove to be.”

Uninhabited since 1936, when a new keeper’s cottage was built, the abandoned 17th century cottage had gradually deteriorated and the resulting ruins were structurally unsound.

Steven’s father had been a tenant farmer who went on to buy South Holt Farm in the 1960s, including the old and new cottages which stand in its grounds. “We took over the farmhouse from my father 13 years ago, and renovating the property was my first major building project,” says Steven.

Steven’s brother-in-law, a chartered surveyor, drew up an assortment of potential new floorplans. Eventually a design was agreed upon: an existing lean-to at one end of the building would be replaced with a two storey oak frame extension containing a kitchen and first floor master bedroom suite. Two thirds of the structure would be virtually rebuilt and the overall size of the cottage increased by around 20%.

Demolition and the groundworks were completed with the aid of farm employees using farm machinery. A neighbour also recommended the services of Mike Rooke, who worked with Steven to manage the project and employ local craftsmen and trades. “I was farming full time, which is why Mike’s involvement was so crucial,” Steven explains.

Existing materials have been combined with new technology to ensure the cottage exceeds current Building Regulations. One of the planning conditions specified retaining an original timber frame, single-skin flint wall to the southern end of the building.

This has been braced internally with ply, and a sandwich of damp-proof membrane, Celotex insulation and EML (expanded metal lathing) galvanised mesh, which has been finished with plaster. The paddock behind the site also proved ideal for sinking pipework for a ground-source heat pump, which feeds the underfloor heating laid throughout.

The new oak frame extension benefits from a fully glazed gable end, which ensures that the kitchen and master bedroom are filled with light. From the front, the cottage appears almost as it would have done when first constructed in the 17th century, with its thatched roof and meticulously detailed brick and flint walls.

Steven’s long-held ambition to save Underkeepers Cottage has now finally been realised, and the building which has figured so strongly throughout his life now looks set to feature in his family’s future for many years to come.