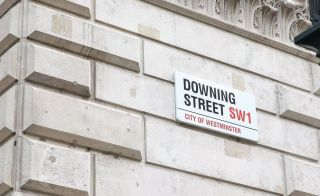 The government’s planning reforms will reportedly be challenged by up to 70 Conservative MPs over the coming weeks in a series of backbench debates.

The government’s planning reforms were proposed in the summer white paper ‘Planning For The Future’, to help boost house building across England, but the measures are facing criticism from several sides.

Downing Street has been accused of failing to protect wildlife; potentially increasing the quantity of low-quality housing; and the proposal to extend Permitted Development to make it easier to demolish certain vacant buildings to replace them with new homes is facing a legal challenge.

Now, senior Conservative are poised to attack the proposals in a series of backbench debates, specifically targeting the introduction of a new affordable housing algorithm which could shrink housing growth in the north of England.

Under the new algorithm, councils would take account of the gap between house prices and incomes over the past 10 years, rather than the current one year. It is understood that if an area has a wider house price to income gap over 10 years, the algorithm will conclude that more homes are required. Conversely, in areas where house price growth has slowed, fewer houses will be required.

Andrew Bridgen, MP for North West Leicestershire, met with housing secretary Robert Jenrick this week and is optimistic that the algorithm will be dropped.

“The algorithm is flawed. And I think they are aware of this. If they do not reconsider then the plans will not get through the Commons. The number of MPs concerned by this is bigger than the government’s majority.”

The government faces another headache this week after CPRE, the countryside charity, wrote to all Hampshire MPs about the reforms, stating that national housebuilding targets - the government is striving to build 300,000 affordable homes per year - can be achieved without these reforms.

Dee Haas, chairman of CPRE Hampshire, said: “We also have substantial concerns about the proposals and many of them stem from the possibly unintended consequences of the algorithms used in the various calculations.

“These algorithms produce a number of distortions which fundamentally undermine the stated intentions of the Government’s proposals.”

A Ministry for Housing, Communities and Local Government spokesperson said of the proposed algorithm: “Local housing needs proposals to provide a guide for councils on how many homes may be needed in their area, and councils will still need to consider local circumstances to decide how many homes should be delivered.”

Prime Minister Boris Johnson and Mr Jenrick have been listening to MPs’ concerns during the consultation period for the reforms (which end 29 October), but no changes have yet been forthcoming.

“We are consulting on the proposals and will reflect on the feedback,” the government spokesperson added.