Land in north-west London – in fact land in any part of London – doesn’t come cheap, so when Amit Unadkat bought a two bedroom flat, with a courtyard garden and side access to a detached garage, with a view to developing it, it proved a shrewd move. That was back in 2011, and since then he and wife Meera have sold the garage (for a cool £90,000) to part-finance an extension at the back of the property.

At around 65m², the ground floor flat was quite small, even by London standards, and Meera and Amit knew they could add value and much-needed space with a well-planned extension. The couple wanted a local architect and so tasked Shahriar Nasser of Belsize Architects with designing a scheme.

“The main thing we wanted was space,” says Meera. “And because by the time we did the extension we were a bit more familiar with the area, we knew that what the planners didn’t want to see was the obvious brick extension, which I thought was quite unusual.”

Shahriar’s plans were to increase the floorspace to 130m², absorbing an inner courtyard garden and conservatory, converting it into a corridor between the old and new sections of the house.

A new kitchen diner would be created, along with a new bathroom and a neat utility space, not much bigger than a cupboard. A tiny box room would double in size, and the zinc-clad back of the new extension would envelop a new courtyard patio, enclosing it as part of the property and giving it an extra sense of privacy and belonging.

The property is situated in a Conservation Area, and comes under Camden Council. After a two-month wait for planning permission the conservation officer told them to withdraw or get refusal – simply as a reaction to the colour of the zinc cladding.

Shahriar re-specified the colour to a pre-coloured dark zinc, and the plans were passed, meaning that in April 2013 the build could begin. 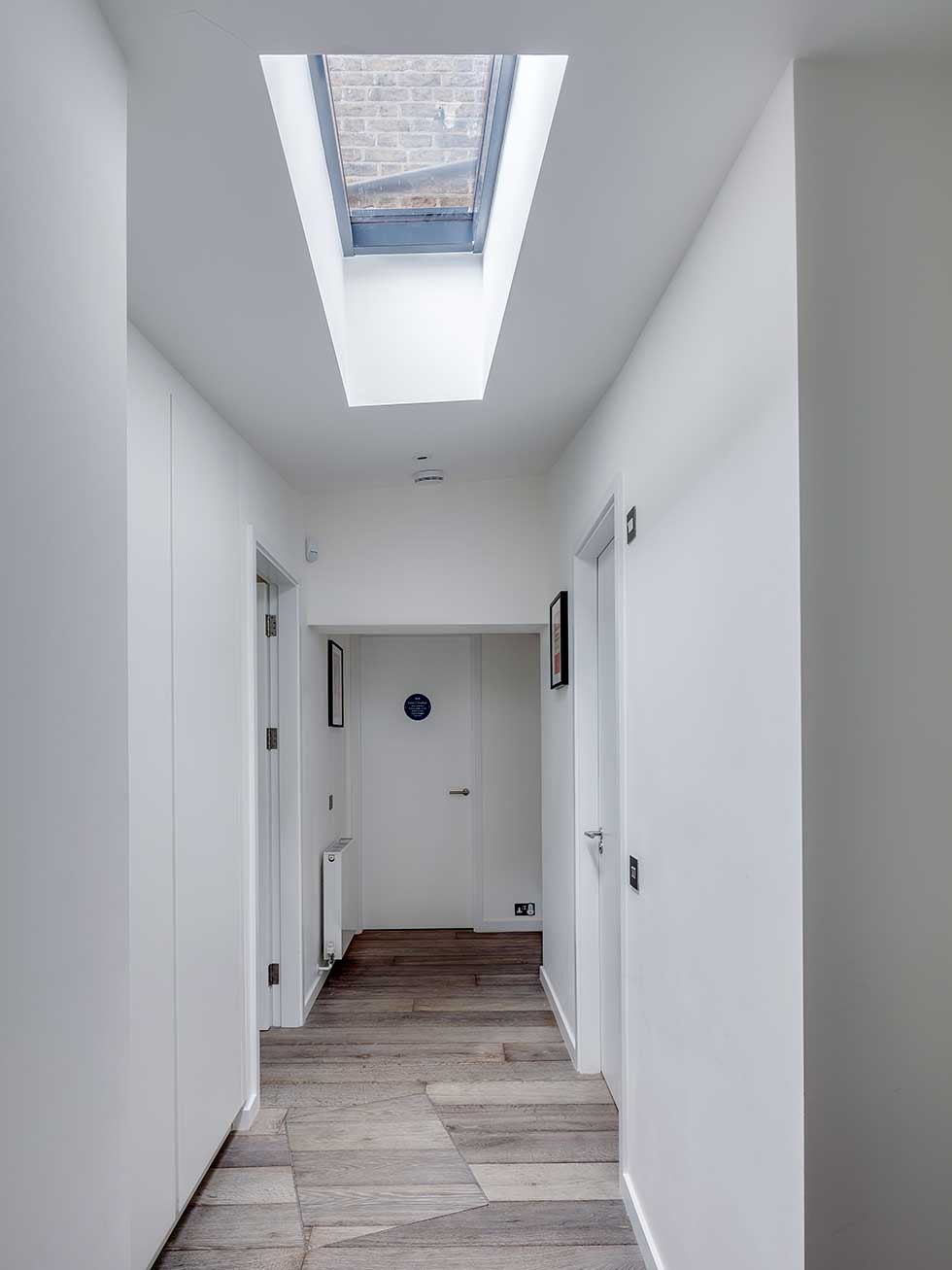 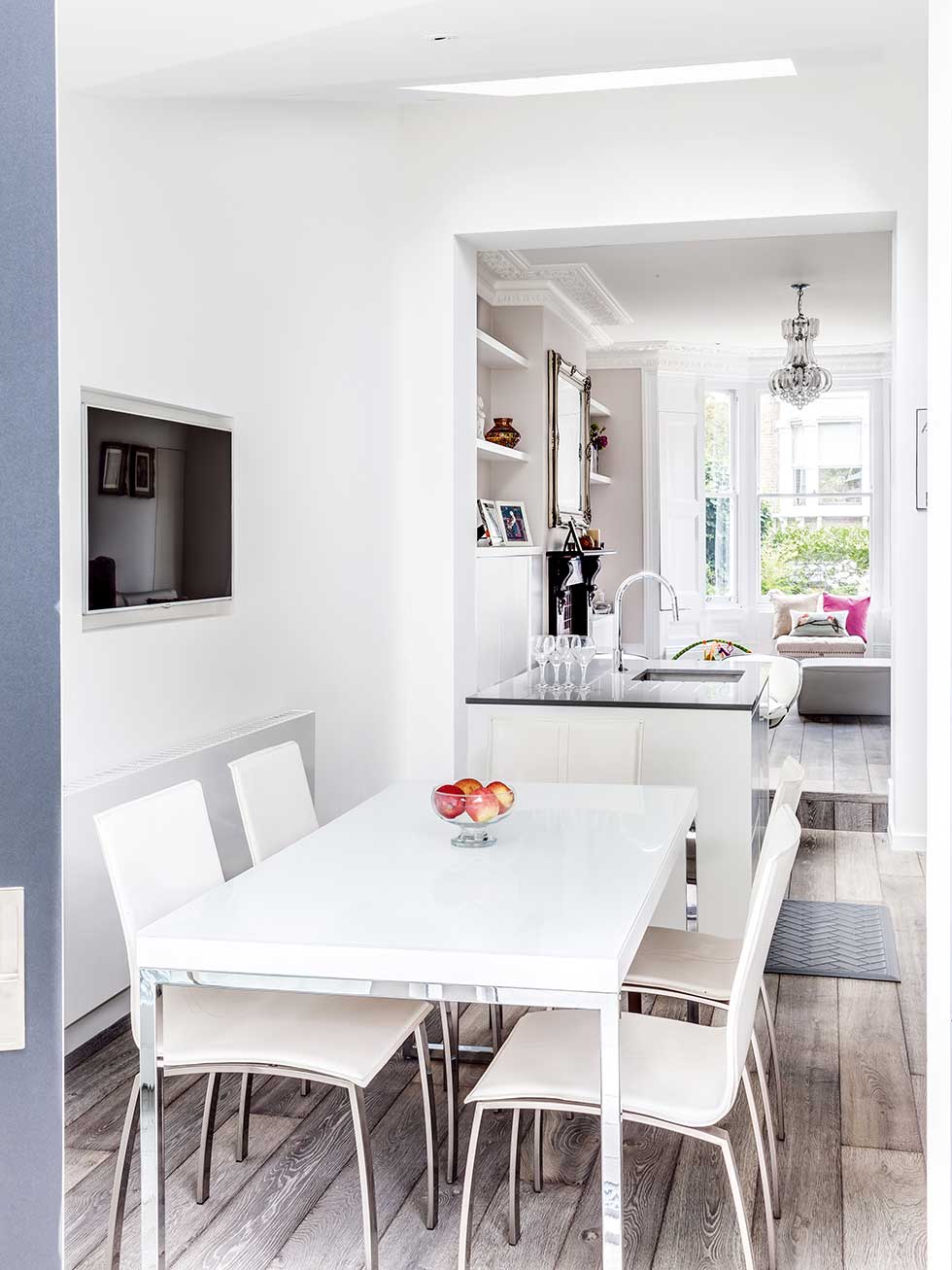 The units in the kitchen diner were made by the main contractor (with the help of his father’s joinery business, Oxan Furniture), helping to keep costs down 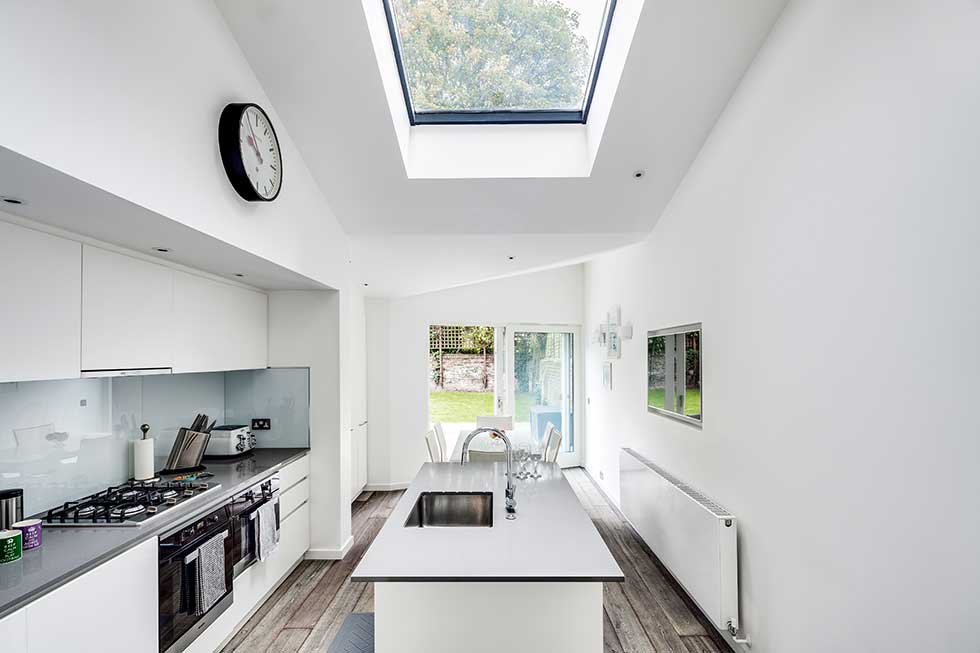 A large rooflight brings in plenty of natural light just where it is needed, while the sliding doors connect the space to the garden 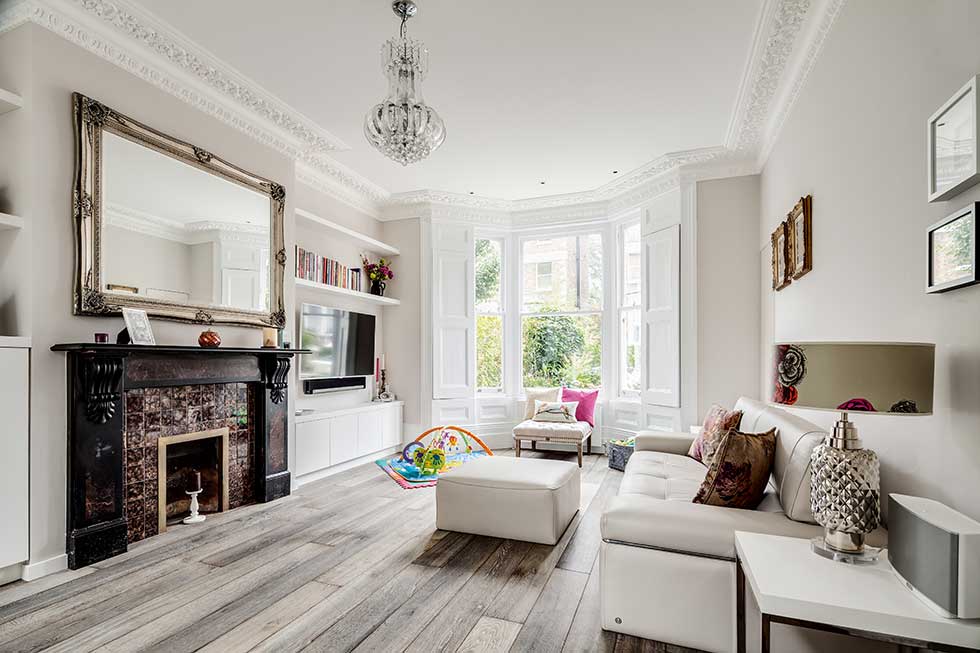 Within the flat, some beautiful original features have been uncovered, including original panelled window shutters and a marble fireplace — the original spaces have been designed to flow seamlessly into the new contemporary extension 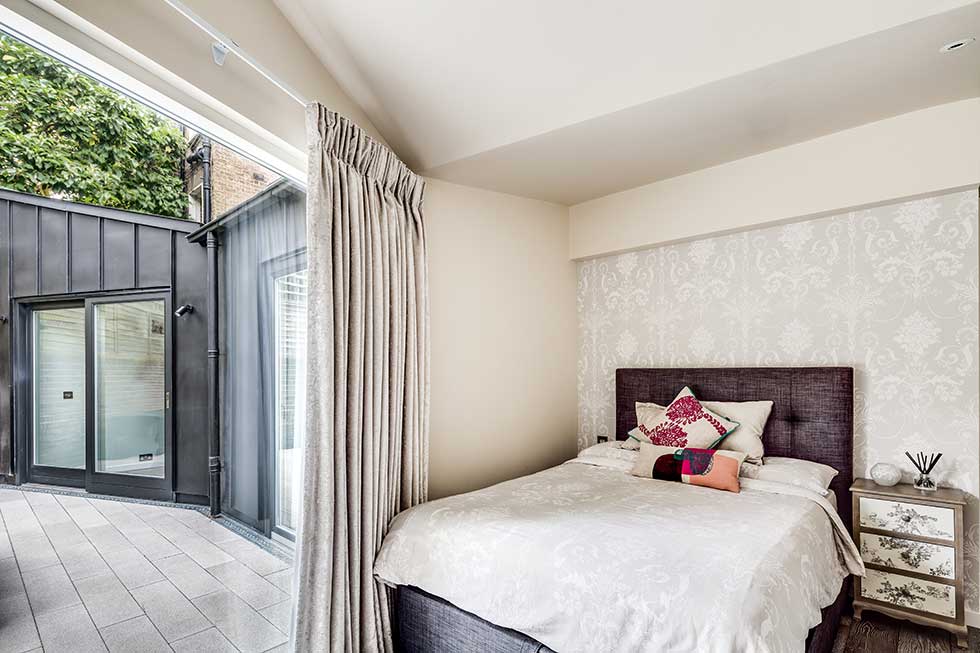 One new bedroom in the extension has access to the garden, yet remains utterly private thanks to the positioning of the sliding doors 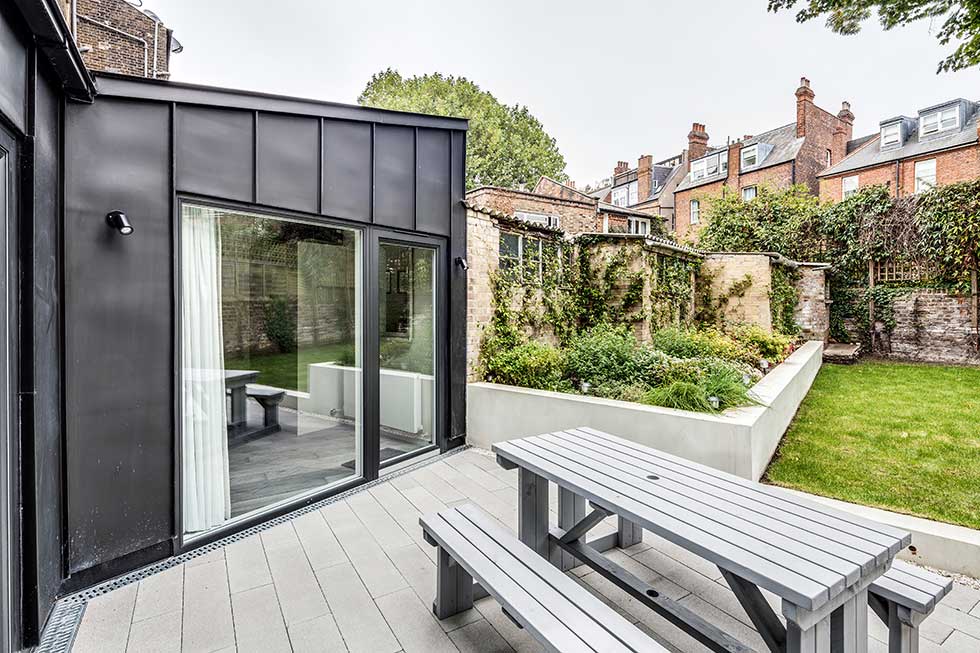 In order to double the floorspace of the flat, an existing conservatory and inner courtyard garden have been incorporated into the footprint of the extension. The zinc-clad extension was originally rejected by the planners due to its colour — a darker grey was chosen and plans were passed