Charlie and Rosie Thomas have transformed Vine Cottage, a Grade II listed 18th-century house, with the addition of a contemporary kitchen extension. The house came up for sale when the couple were living just 70m away in a small neighbouring cottage, which – with two young children – they had outgrown.

“The house was in a sound but dated condition. Not much had been altered since the late 1960/70s. It was very much a house of that generation,” explains Charlie. However, the house had been subjected to unsympathetic additions during this time.

Drawn to the house by the size of the gardens and its location in the village they were keen to remain living in, Charlie and Rosie were able to see past the current state of the house, built in around 1720. “The house was a myriad of small interconnecting rooms, each on a slightly different level, with low ceilings. It took a lot of vision to see the potential that the house held.”

With its Grade II listing, it might have been tempting to play it safe with a very traditional design, but Charlie and Rosie, along with their architectural designer, Charlie Luxton, were keen to work some contemporary features into the existing framework of the house — and thankfully, the local planners shared their vision.

“The house had been heavily extended in the 1970s,” explains architectural designer Charlie Luxton. Perhaps the most important part of the house’s transformation was the construction of the new kitchen, which takes the place of the ageing conservatory.

The new extension combines a steel structure with timber joists and a large amount of glazing. The timber box sections at the eaves conceal thin metal sections to the inside head of the glazing on the fully glazed elevation which stops the structure from spreading. The roof of the extension, with its stone slates to tie in with the original house, was literally picked from another building – before Charlie and Rosie had even obtained planning permission – which was taken apart and then rebuilt on site.

“The house required a complete refit of plumbing and electrics. Virtually all the rooms were remodelled in some way,” explains homeowner Charlie. “This was a significant refit — all the insulation was upgraded to well beyond regulations, and the lighting throughout has been changed to LED.” 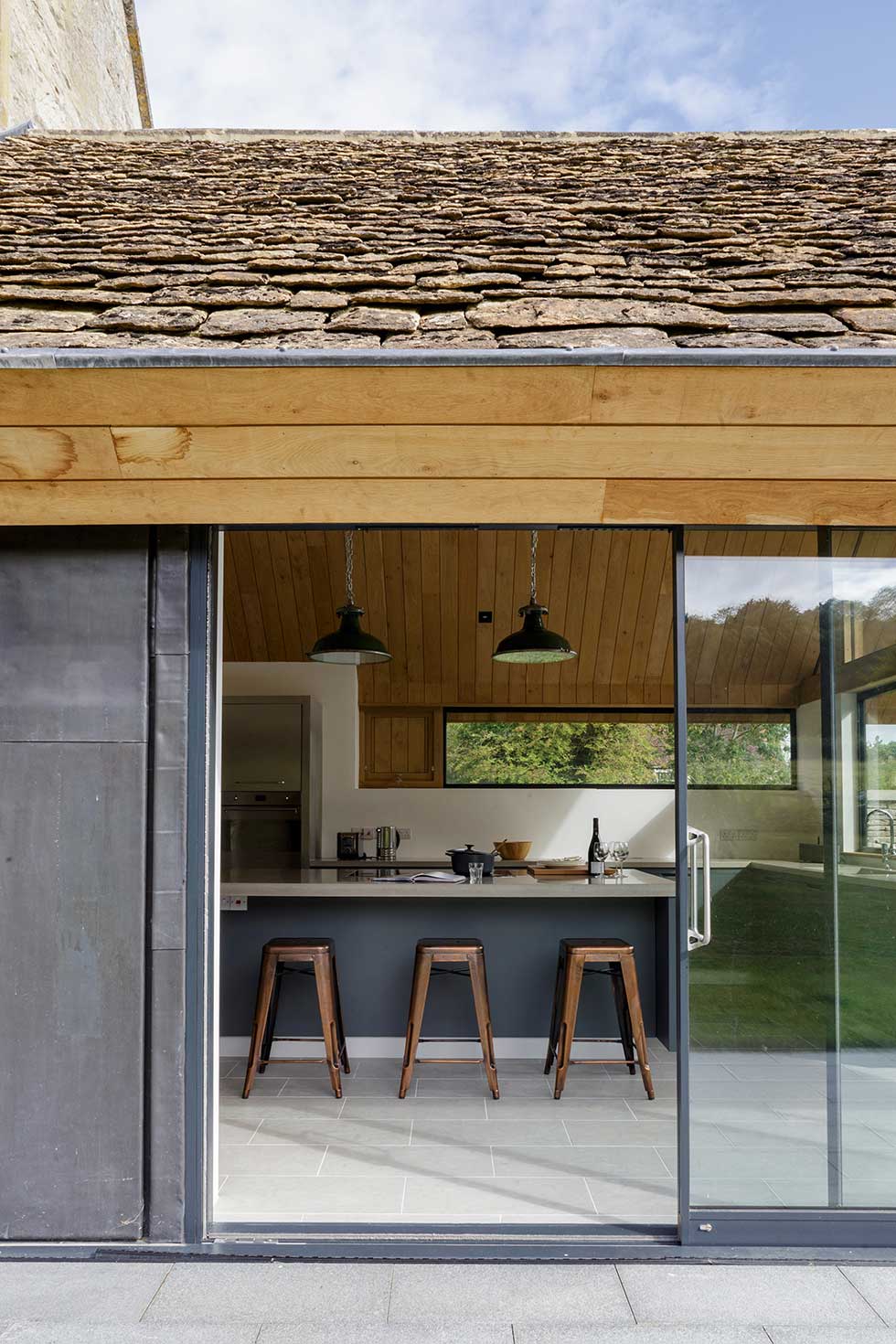 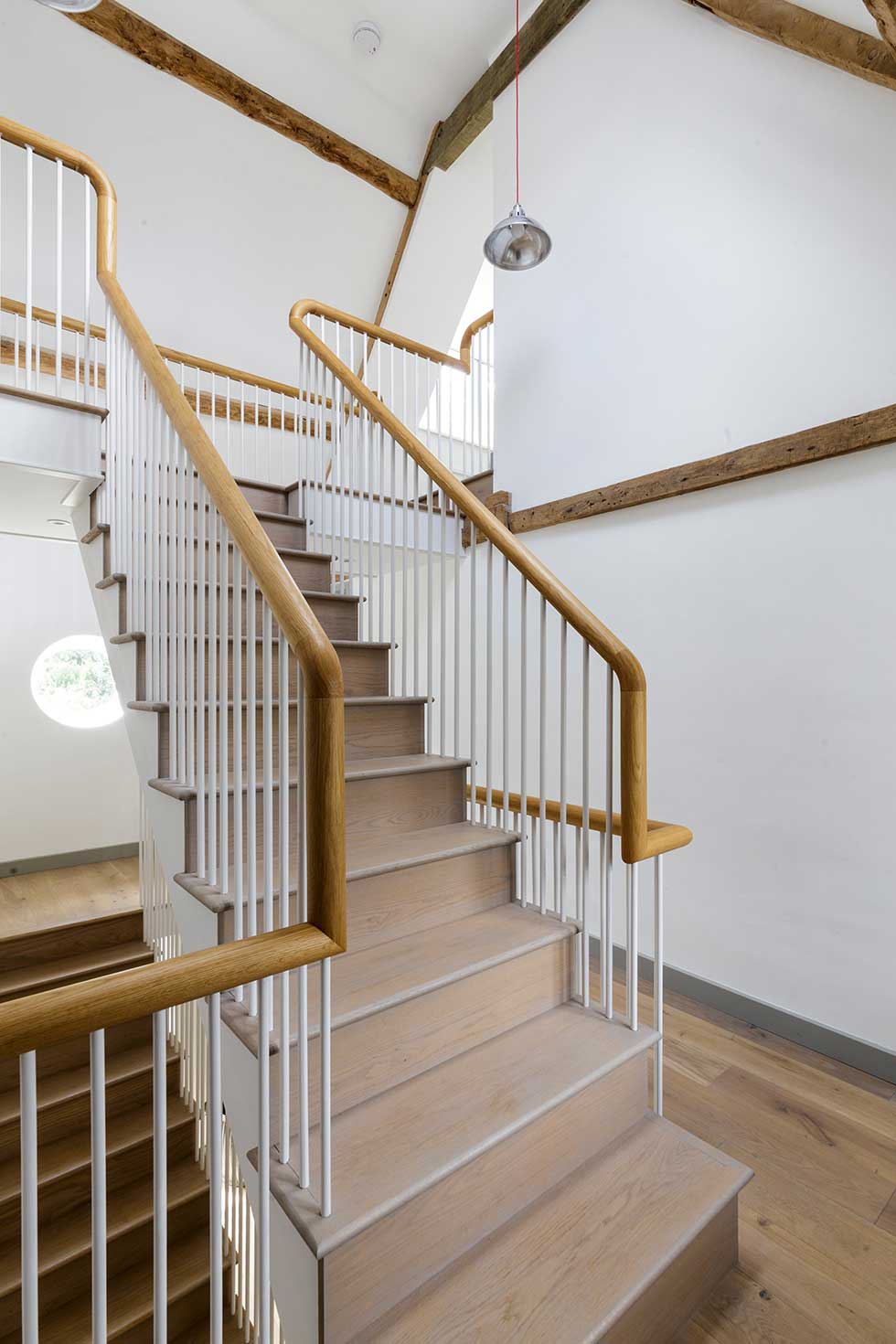 The staircase, which combines timber and metal, has been completely rebuilt and relocated, with the aim of unifying the spaces and drawing in more natural light 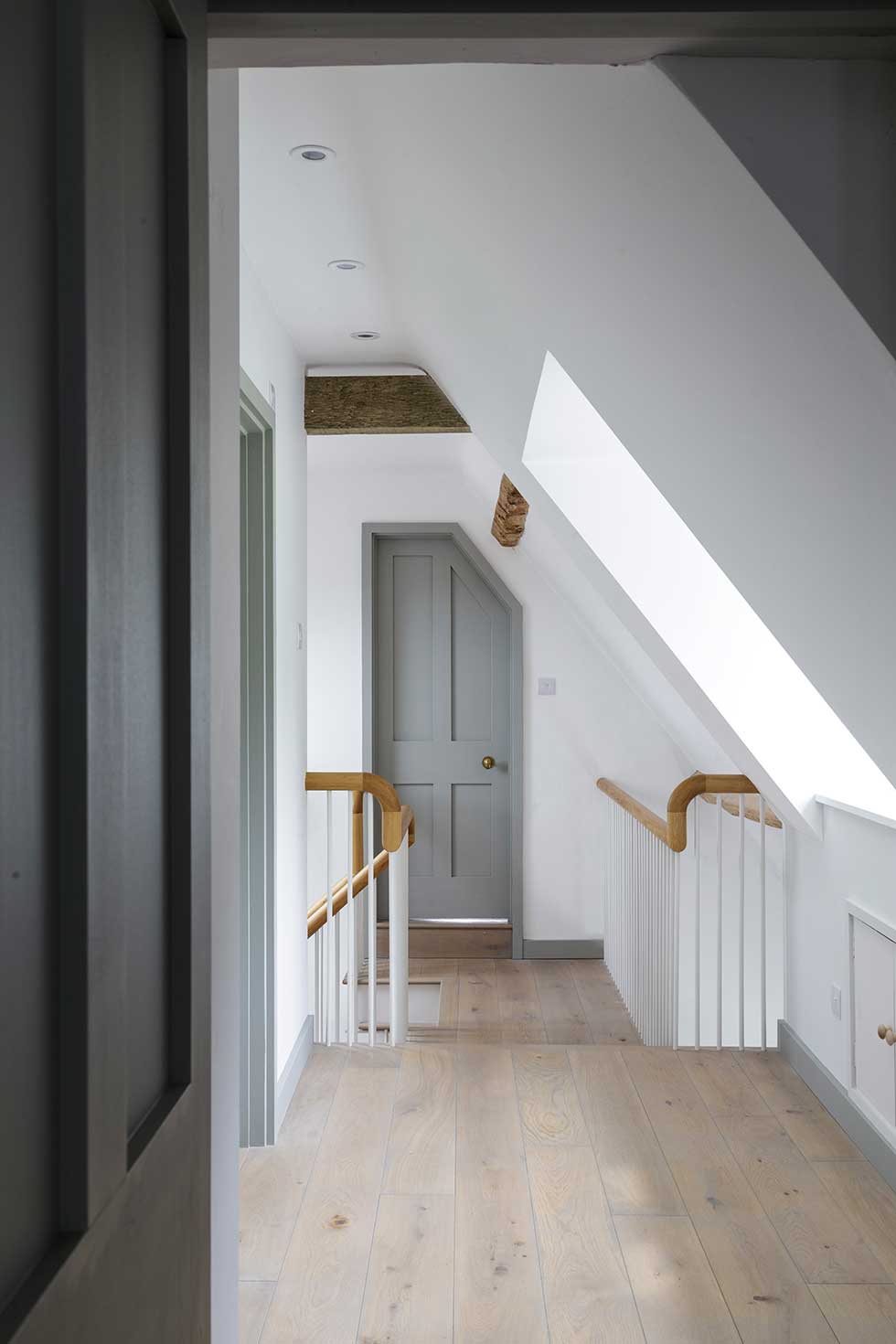 The top floor of the three storey property was very much an isolated area of the house, so in order to bring all three levels of the building together a striking central staircase has been created, with landings that flow into one another and provide views between each floor 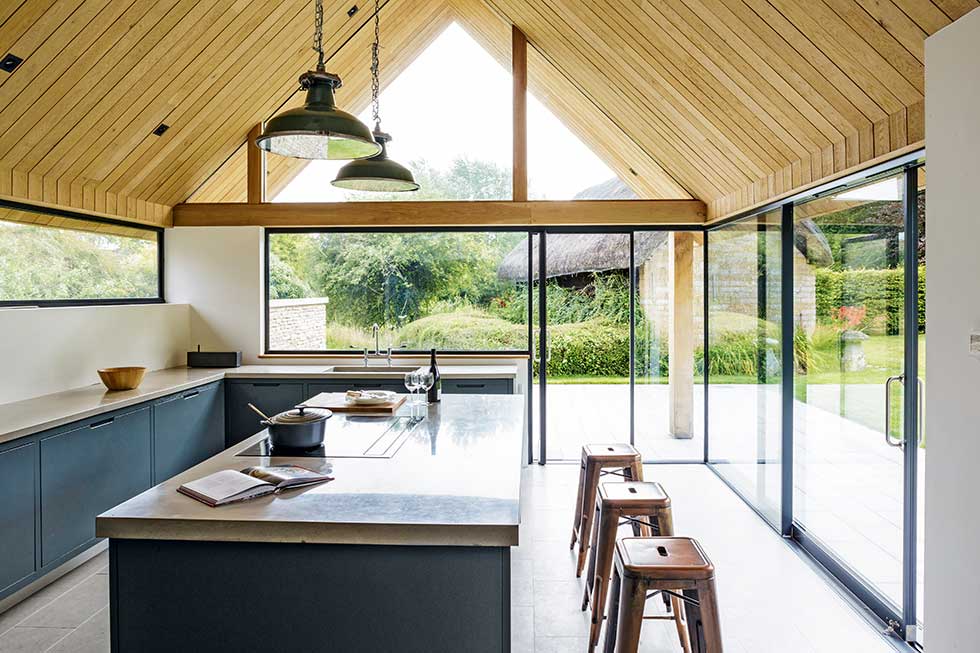 The new kitchen (from Sustainable Kitchens) has been built in the extension and fulfils the client’s brief for a space that is connected to the outside. High-level windows to one wall provide privacy, but bring in even more light 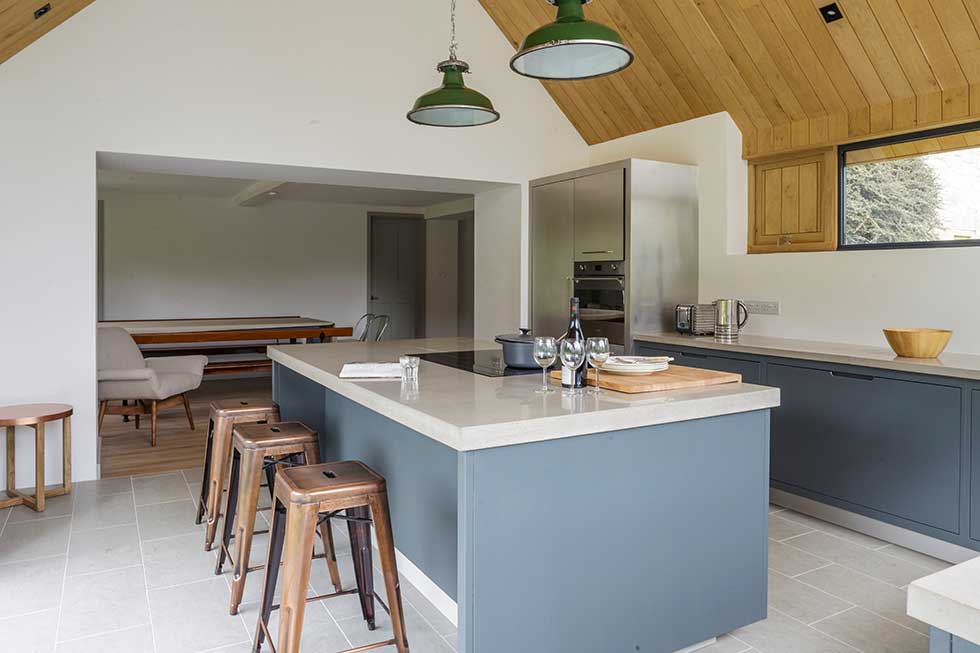 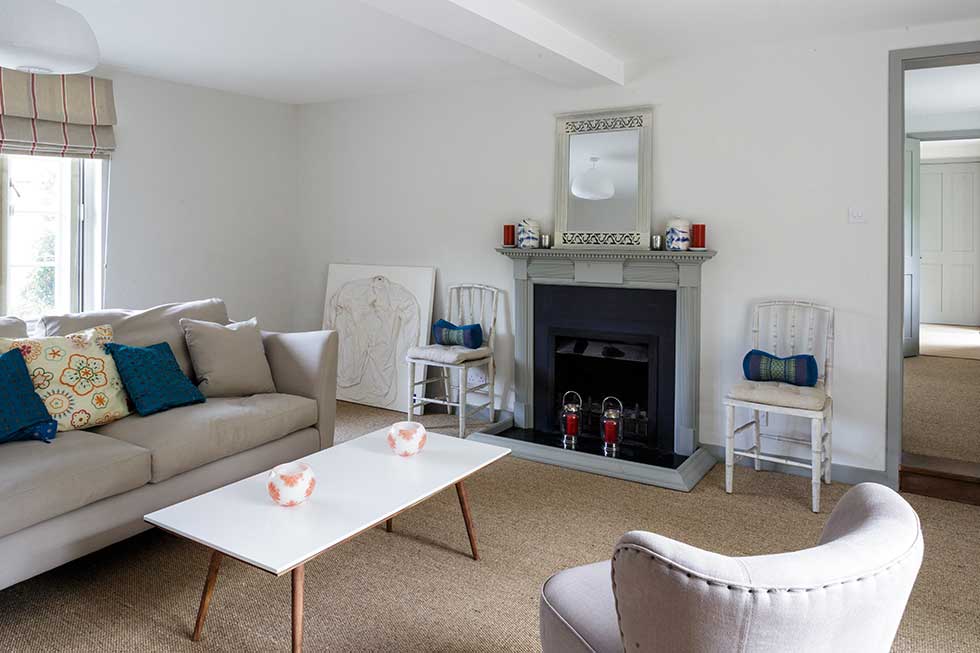 Almost as a reflection of the mixture of design styles used externally, the internal spaces combine period features with modern design 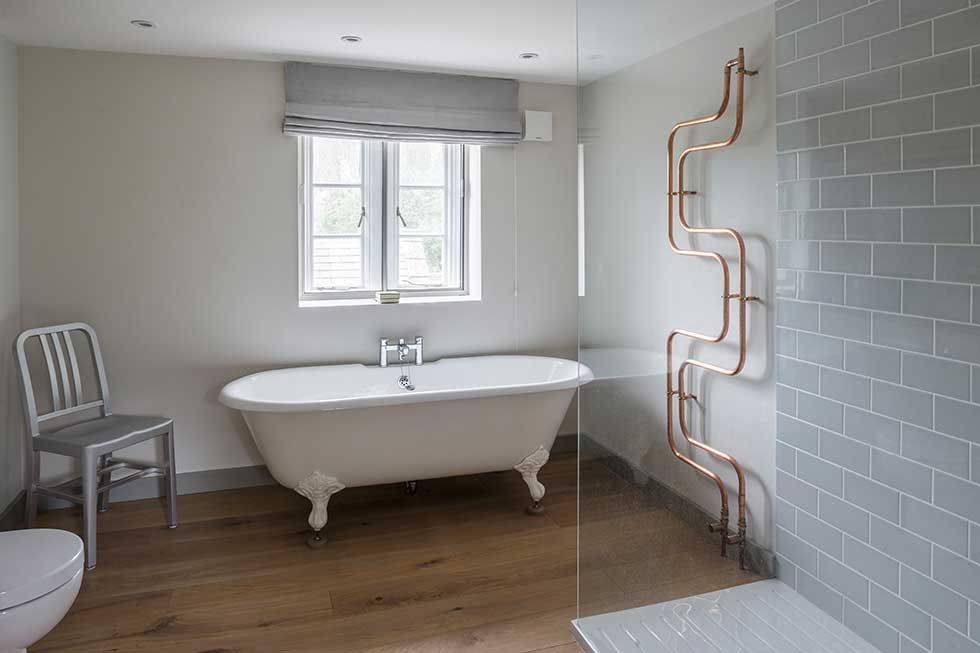 Despite its classic design, clever features such as the copper pipe which has been used in place of a traditional towel warmer, ensure the bathroom has a distinctly individual feel 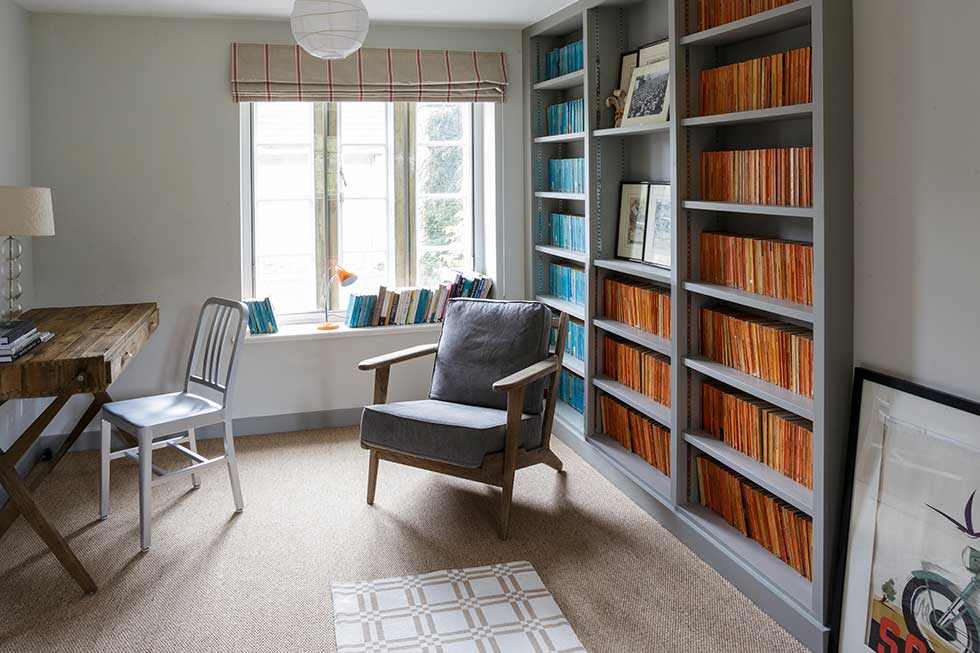 Although the house has been completely remodelled, many of the rooms remain classic in their style, with traditional windows 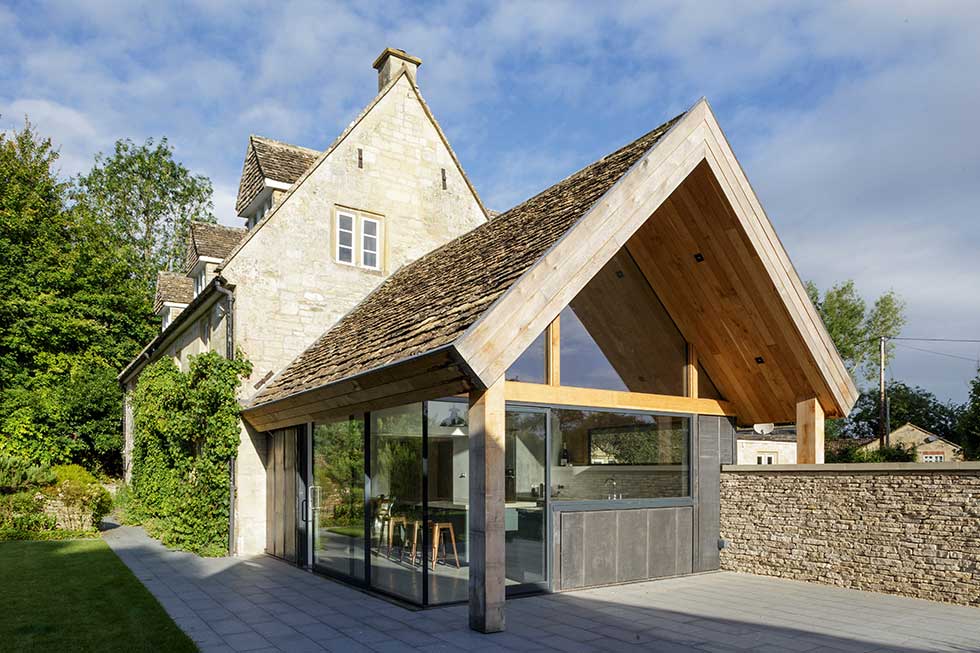 Despite being an obviously new addition to the listed building, the kitchen extension sits in complete harmony to the original house, with the reclaimed roof and timber cladding echoing original materials. The timber-clad ‘boxes’ conceal guttering and provide a seamless link between the traditional stone slates and the modern lead cladding