One of the biggest mistakes that many homeowners make with self build or renovation projects is rushing into the build itself — eager as they are to start seeing things happen. It usually ends in tears, with either a design that has not fully evolved, insufficient detailing on the plans (if indeed they exist at all), or a spiralling cost base.

Some 18 months into the process of extending and remodelling our own 1960s house and we’re yet to so much as furtle a fascia — we certainly can’t be accused of rushing in. Instead, my wife Sarah and I have taken our time on the design. It is, after all, going to be the home our children grow up in for the coming decade or two. It’s therefore the most important home we’ll live in, and it’s worth spending a bit of time exploring the options before lifting a hammer. 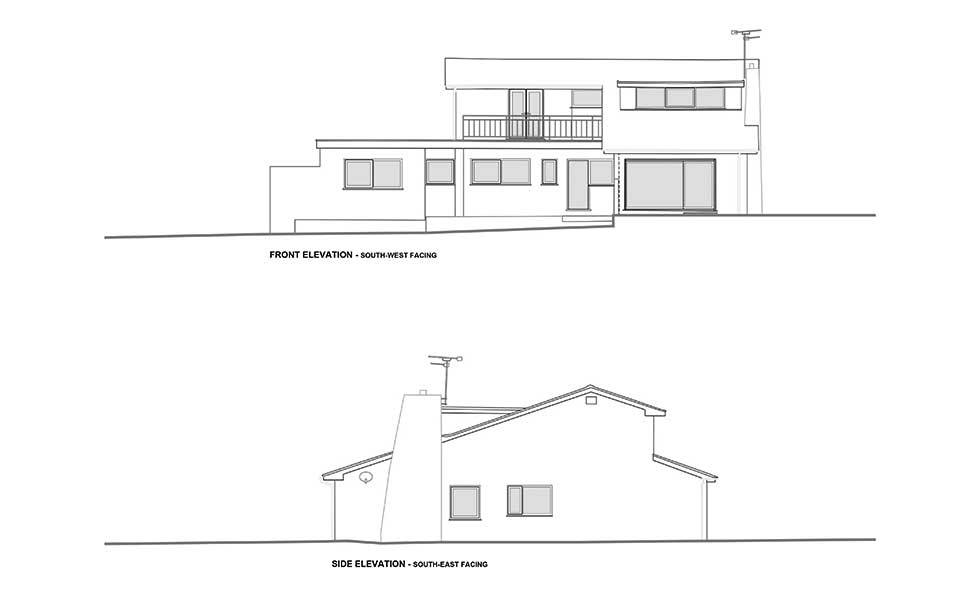 Drawings of the current home

After finding our new project in the Staffordshire countryside, we started off by looking at the main project objectives:

Mark Brinkley, a long-time contributor to Homebuilding & Renovating magazine and ever one for a good line, called the house ‘Frank Lloyd Wrong’. And while both Sarah and I liked its mid-sixties eccentricities, it had faded over the years, and some elements were just plain ugly. We wanted a scheme that both achieved the space we required, and gave us a house that was attractive again. 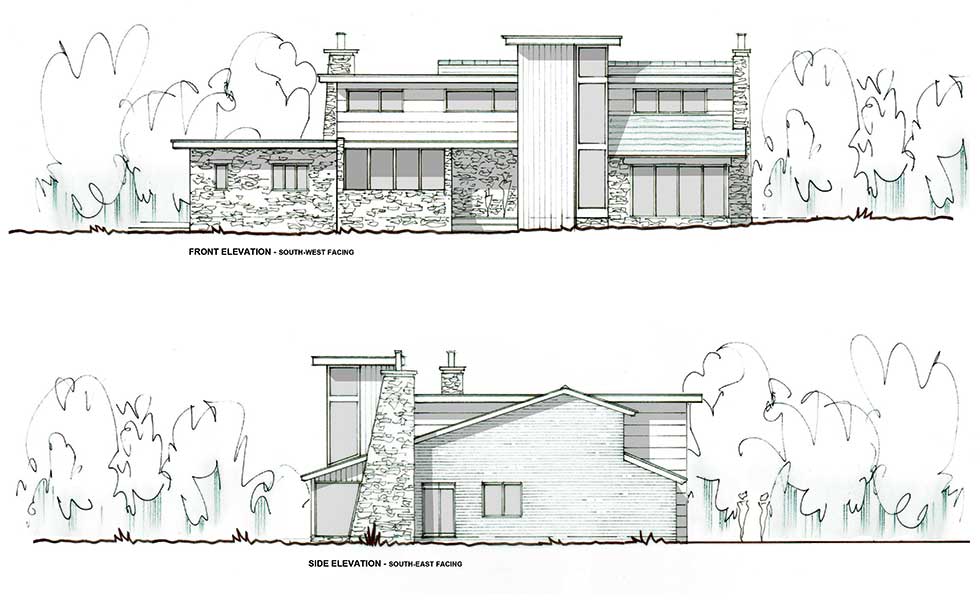 After advice from three designers, the final drawing for Jason’s remodelled and extended home has been worked up — the new tower addition is a defining feature of the front elevation

We spent a lot of time doing our own research, both online and using magazines — and of course my own personal back catalogue of the brilliant homes I’d visited during my 12 years as editor on this title. We then took the view that one designer alone would probably not be able to provide everything we needed, and in the 18 months since we have engaged with three different designers, all of whom have added significantly to the scheme using their own individual strengths.

Pete Tonks (PJT Design), the renowned designer of oak frame homes, has a particular interest in 1960s architecture and he and I share a love for American architect John Lautner. So, we engaged him to come up with concepts to achieve the key objectives and see the project through the planning process (more on which in my next blog). His amazing solution to the problem of the pokey upstairs spaces – building a new tower on the front elevation and reworking the stair position – was the single biggest step forward with the project.

Following first designer Pete Tonks’ suggestions of a tower extension to the front and moving the staircase, the new layout (above) allows for more generous accommodation with better flow between rooms

Next up, Aaron Chetwynd, a hugely talented architect local to us in Staffordshire who had a proven track record in being able to ‘realise’ contemporary schemes and, with a background in film set design, ensured the necessary level of architecture was injected. Critically, he was able to co-ordinate key issues like the joinery and stone detailing.

Then, as we began to worry about the potential budget becoming less achievable, we spoke to a local builder about the scheme who recommended local designer Jon Grew to do some further constructional detailing and, more importantly, reappraise the project to carry out a value-engineering exercise. He’s been the ‘critical friend’ that the project needed — very much a ‘do we need’ approach that I’m sure will be massively valuable down the line.

As a process, it has been time-consuming and felt a bit more expensive than we would have liked. We’ll have spent somewhere around 10-15 percent of the final build budget on the design itself — which, I’m told, is about right. It just feels a lot.

So what does that level of investment (in time and thinking, as well as money) get you? I’m hoping it means that the usual dramas and mistakes that others make by rushing in and scrimping on design will be avoided. We’ll see.

Next month: The planning process