Hannah and Richard Gooch only had a tiny budget when they took on this ambitious renovation project in 2005, but that didn’t stop them from having big ideas, bags of energy and plenty of patience to see them through the next five years.

When the Victorian terrace house came on the market, the couple viewed it the same day and their offer of £247,500 was accepted straight away. It was a brave decision as although the house was indeed a period property, it had been carved up into bedsits and barely resembled its Victorian roots. 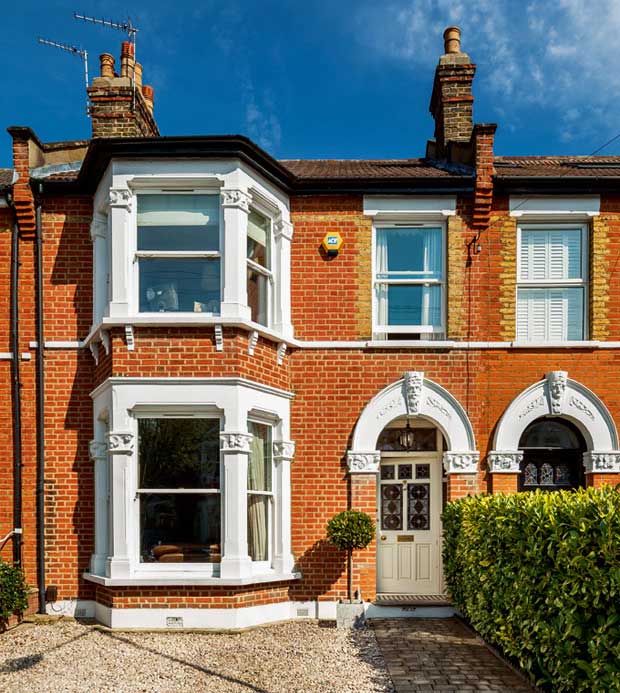 The couple had been looking for a period home when they found this property in Eltham, London 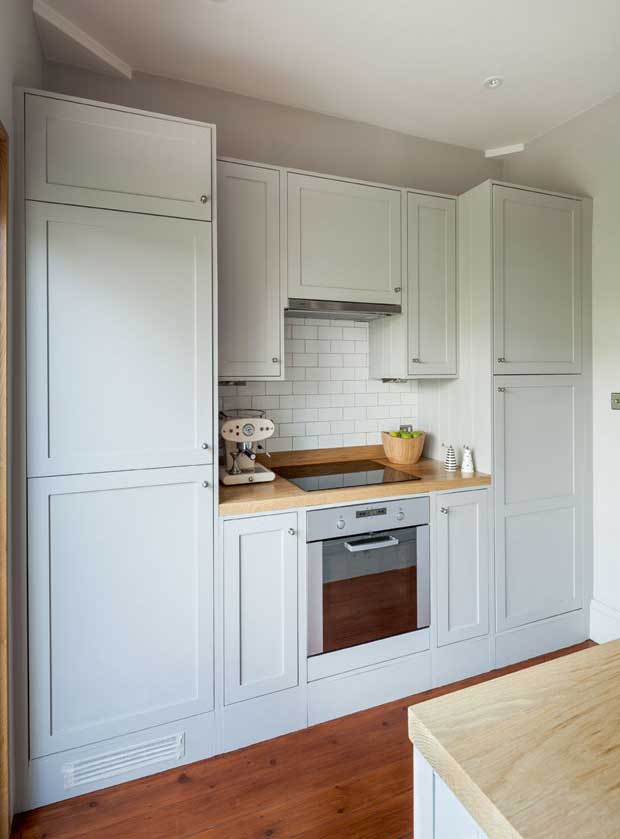 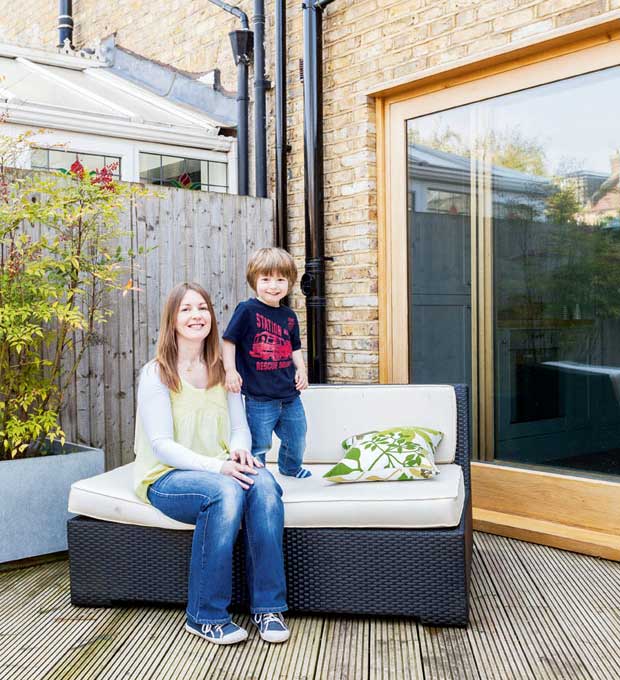 The project was a proper family affair. Hannah (pictured with son Oliver) and Richard undertook work themselves, and their families helped build furniture and fit floors 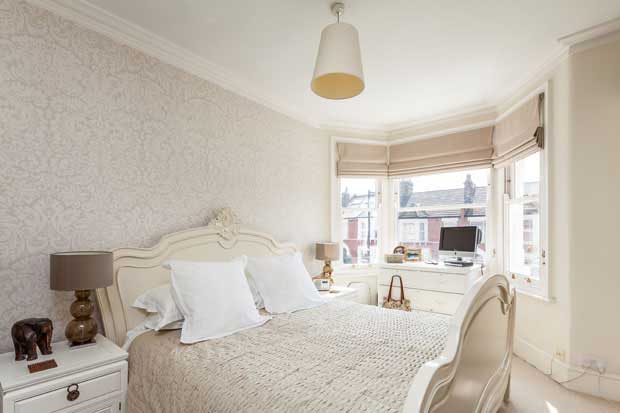 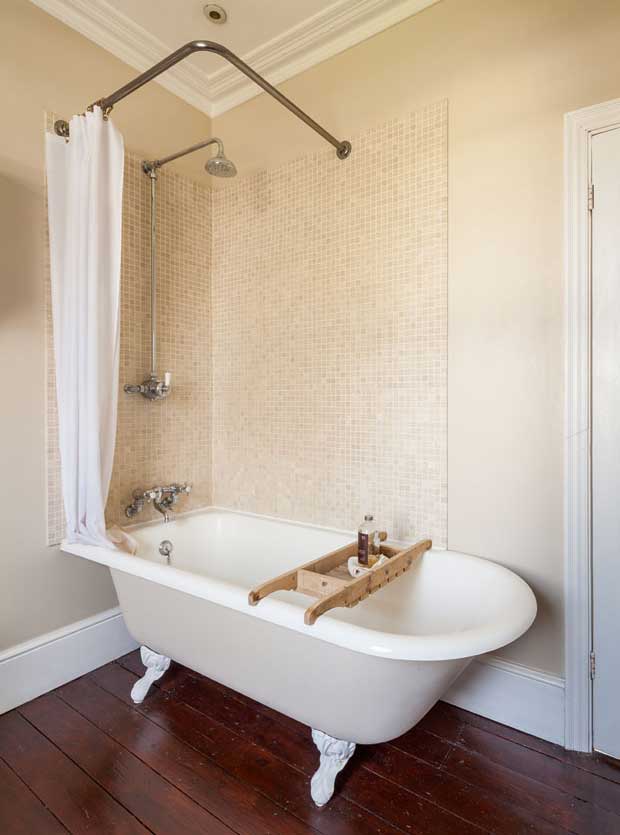 The stunning roll-top bath was provided by Albion Bath Company 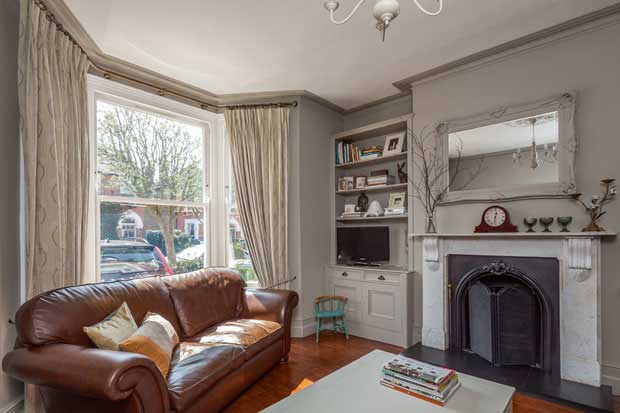 Richard’s father made custom built cupboards for the living room 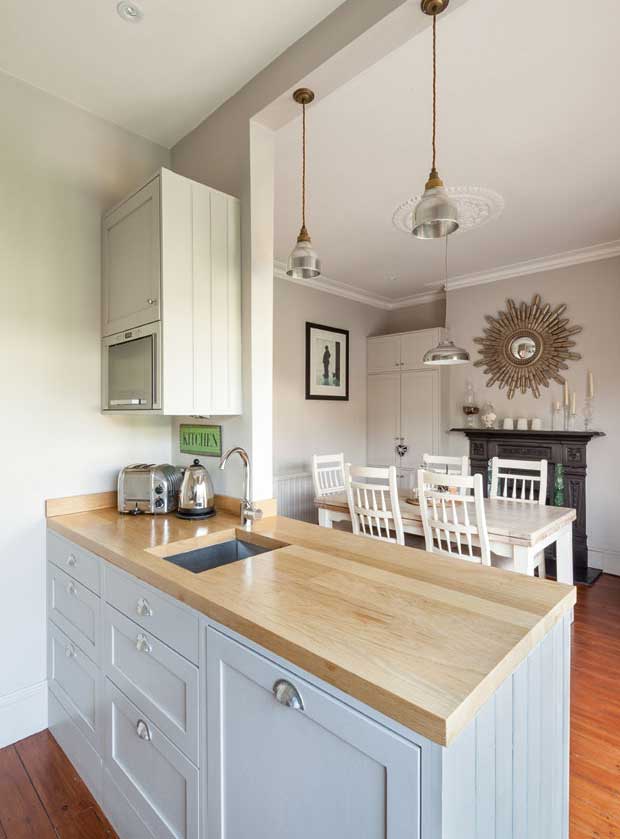 With no chunk of money set aside, the couple knew they were in it for the long haul, saving up and carrying on with the next stage as and when they could. Initially they focused on tasks that didn’t cost a lot like ripping out the old carpets, pulling down the polystyrene ceiling tiles, stripping wallpaper, and removing thick layers of gloss paint to reveal the ceiling roses.

The following spring they decided to spend the precious £10,000 that Richard – who is a design director – had from the sale of his flat in Surrey. The focus was on replacing the draughty single-paned louvre windows.

“It was a big dilemma as the timber framed, double-glazed sash windows were really expensive and we could’ve bought PVCu for much less,” says Hannah. “But we decided it was important to put the house back to how it had been.”

Fortunately the original window architraves and some of the cornicing still existed, so they had them copied. The frosted glass was removed from the panels in the front door and stained glass put back in by a local restorer. “The restorer had all the original designs so he recreated the panels using reclaimed glass or new glass made to look old,” says Hannah.

The couple also bought five reclaimed Victorian fireplaces and several doors, using the style in Hannah’s dad’s house as a reference guide. “The doors were a bit tricky as the frames were slightly different shapes and sizes but we found a reclamation yard that sourced all of them to fit,” Hannah explains.

As the project crept on over the years, a new bathroom was put in, rooms were decorated and the house started to take shape. The last major push came in 2010 when the kitchen was knocked through to the dining room, and the large oak doors were fitted at the back.

On a shoestring budget of just under £37,000, the project has been an incredible achievement. Yet somewhere amongst the day-to-day demands, Hannah has still found time to run her business and look after their three-year-old son, Oliver.

“Hard work doesn’t worry us,” she says. “The house is exactly as we want it to be because we’ve done it all ourselves. But I can’t help keeping my eye out for the next project; a move to the countryside would be nice!”