The couple bought the 89 acre farm in 2004, bowled over by its panoramic views and quiet location. Realising the existing farmhouse didn’t quite meet their requirements, they spent the following months working out a wishlist for their home. “We lived in the existing house a year before we began any work, deciding what to do next — we wanted to get a feel for the place,” explains Wayne.

“I wanted the new extension to be contemporary — I like the look of metal roofs and timber cladding. The main thing I wanted was for it to be different from the granite house,” explains Lorrie. “I was keen to have a big kitchen and a new en suite bedroom in addition to the three bedrooms in the granite house.” “And I don’t like doors!” adds Wayne, who is originally from Canada and admits that doors are not a big feature in Canadian houses. 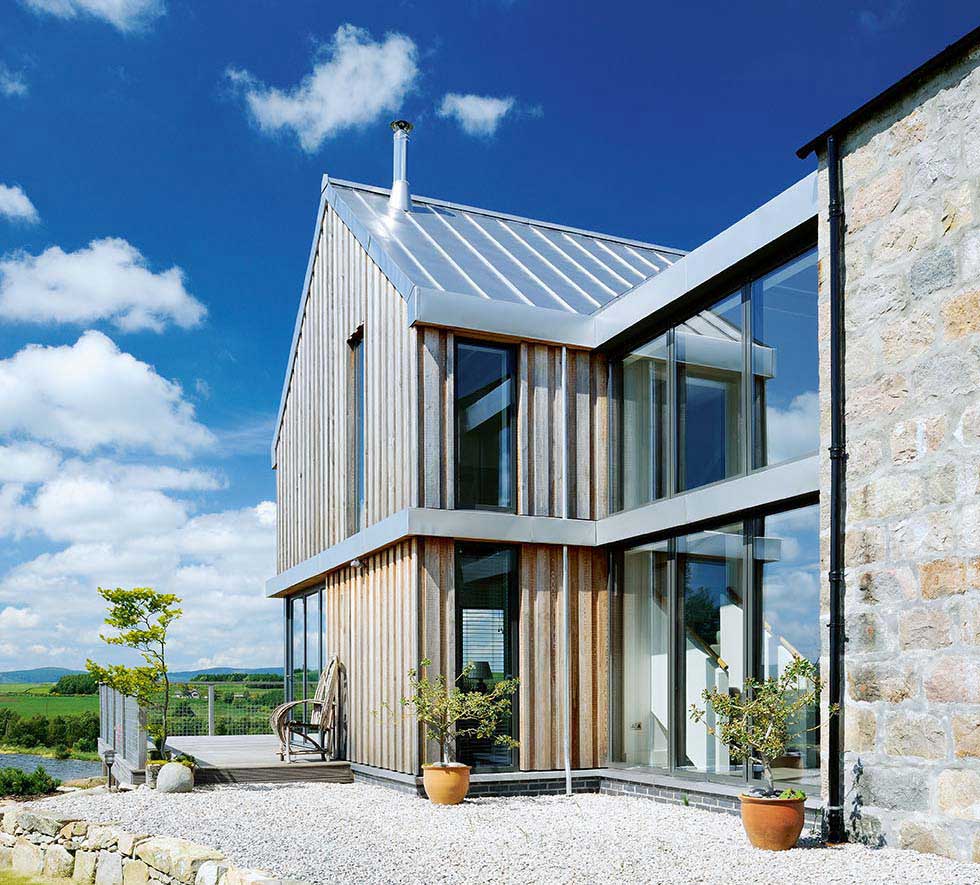 Navigating through the couple’s wishlist was the job of architect David Wilson of Aberdeenshire-based Room Architects, who is also the couple’s son-in-law. The planning process was straightforward; the extension replaced an existing structure. The only change made was to replace the proposed zinc roof with a stainless steel one due to concerns that the run-off water from the larch cladding, which contains tannins, may have discoloured the zinc.

Overall, the house features five bedrooms, three bathrooms, a kitchen diner, a study and the main living space. “Care was taken to differentiate the accommodation within the existing house and the new extension,” explains David Wilson.

“The bedrooms within the existing wing are smaller in scale to reflect the dimensions and proportions of the granite building while the rooms within the new addition are larger and more open, with window openings orientated to take advantage of set views.”

The 14-month construction, which went on site in autumn 2009, was also painless, save for one factor that was outside the control of the couple, their architect and their contractor — the weather. Even so, the project still came in under budget.

“In terms of the fixtures and finishes, we chose exactly what we wanted whether it cost a lot or not. We’ve mixed and matched the likes of the Ideal Standard sanitaryware and £110 Ikea kitchen sink with high-spec details such as the Hansgrohe mixer taps and showers,” explains Lorrie. 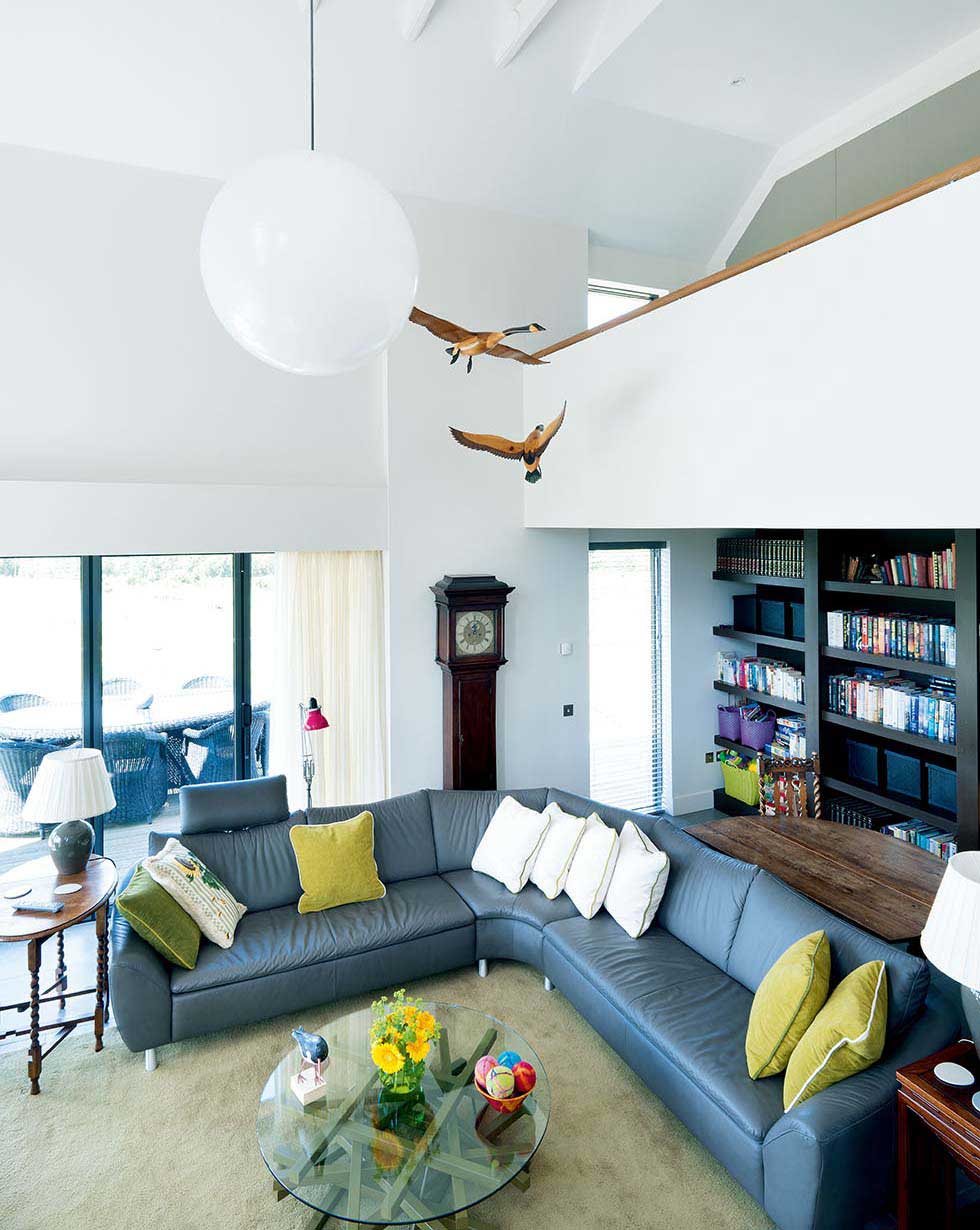 At the top of the staircase is the open bridge between old and new Bogindhu, from where Lorrie describes seeing deer, otters and even an osprey. So rather unsurprisingly, she concludes that: “There’s not a thing I would change about the house.”