A beyond-idyllic plot complete with a waterfall, not to mention a unique property to boot, is a rare find in anyone’s book, but this was exactly what David and Nicola discovered in the Denbighshire countryside during the closing days of 2011. Standing majestically above a fast-flowing tributary of the River Dee, Berwyn Mill has been transformed by the couple’s sympathetic but considerable renovation project and extension.

The late 18th century building – a short drive from the 126ft-high World Heritage Pontcysyllte Aqueduct – now also hosts its own feat of engineering — a striking Modernist extension with a cantilevered roof which appears to float above expansive glazing. 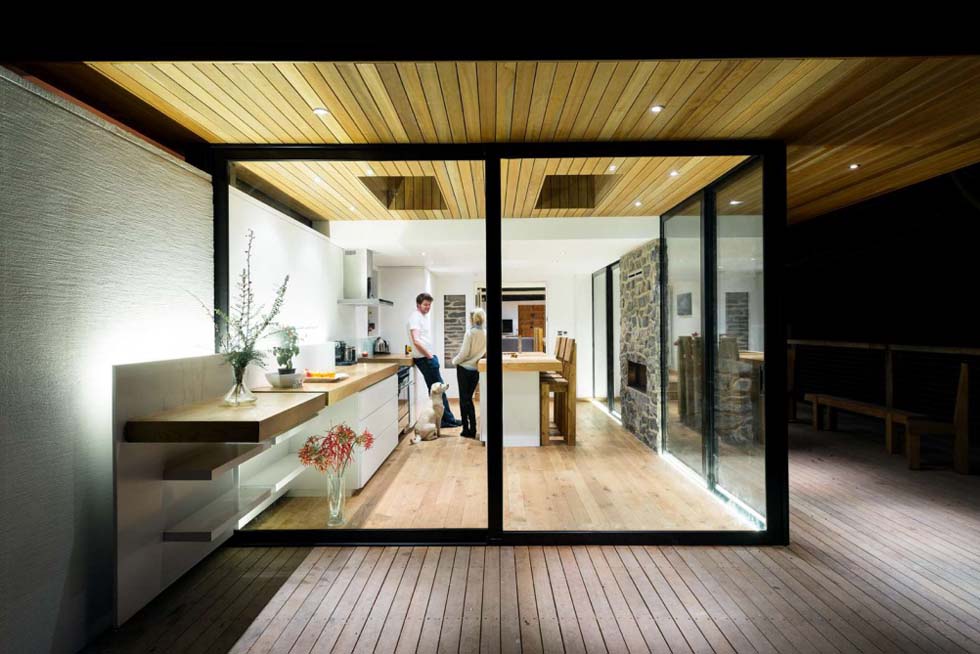 David and Nicola were living in Manchester when they spotted the potential of the Welsh stone-built property set within three acres, for sale by auction. “We made an initial offer for the mill prior to the auction,” says Nicola, “but it was rejected.” With a touch of irony, the couple went on to seal the winning bid for the same sum in January 2012, against the rather tense backdrop of the auction house.

Between purchasing the mill and commencing work in July 2012, six months of design work, careful project planning and detailed specification ensued. “I’d already had ideas for the mill and made a few sketches when we first viewed it,” says David, an architect. “We wanted to reflect the building’s history by showing an evolution in time from one end to the other — culminating in a contemporary extension.”

This progression would see the incongruous PVCu conservatory replaced with a rustic oak balcony serving the master bedroom. To the other end, hidden away from unsuspecting guests, a spacious kitchen extension would lie beneath an expansive timber-clad roof which would appear suspended above sliding doors and clerestory windows. The rear façade with waterfall views would also be opened up with a glazed two storey projection added, and sliding doors introduced to provide access to a suspended balcony.

Fortunately, the local planning authority were more than happy to see the mill improved — perhaps making this one of the most straightforward cases Nicola, a planning consultant, has seen. “We were fortunate in some ways that the property was not listed, so we had a greater degree of freedom,” she says. 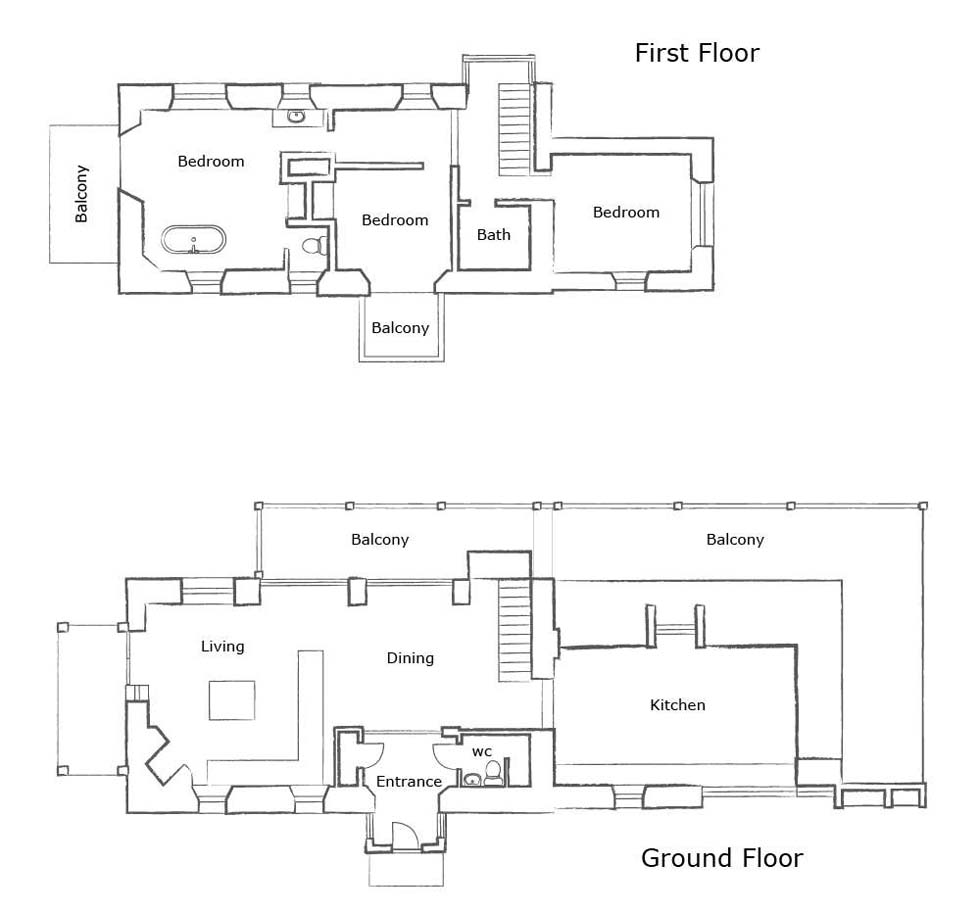 Central heating is provided by LPG (the gas tank for which sits near to the slate-covered driveway, providing easy access for refilling). A large contemporary-style woodburner – an obvious choice given the abundance of firewood available here – also throws out heat in the cosy living space during the winter months.

Despite a rather chilly and prolonged winter, the couple have been able to enjoy the changing seasons from within the finished interiors with family and friends — and with a new addition to the family, Bobbie the labrador. “Some people have told us that the house makes them feel good,” smiles David, “you can’t ask for anything more than that.” Whilst the couple love their new home, they’re raring to do it all again and are now on the look out for their next inspiring project.