Young Self Builders: Searching for a Home for Under £100k | Homebuilding & Renovating Skip to content

Twenty-five years ago, Homebuilding & Renovating was first founded as ‘Individual Homes’. Since then, a lot has changed in the world of self build, and the housing market has become a fast-moving monster, especially abrasive to first-time buyers.

In reaction to the current market, I have started to look at alternative ways to own a ‘first home’, including the option of self build, which will be explored in this blog series.

So, as a single, twenty-four year old on a starter salary outside of London, where does this leave me? 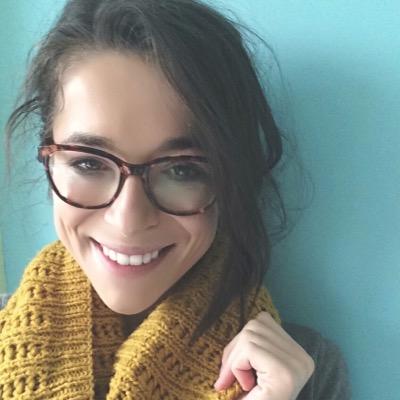 Since I was little, I’ve had lots of ‘life goals’ that have come and gone. Two, however, remained in some form. The first was to work as writer of some kind; and eventually I did it. The second was to own my own home.

Traditionally, securing a job is the first big step towards buying a property. Unfortunately, the current climate means this is no longer the case. I’m a renter, and have lived in seven properties over the last five years. This has caused consistent upheaval; dragging furniture between houses, being unable to settle, letting others into your home for inspections and viewings, and the considerable cost of the multiple moves.

Grumbles aside, I’m currently incredibly fortunate when it comes to my current housing situation. I live with a friend and we split the rent, sharing a house far larger than if I was living alone. But, we’re both starting to plan what will happen when we part ways after a lovely few years as housemates.

Through a combination of choice and financial motivation, I live outside of London. I was born a Londoner, and lived in a South East suburb until I moved to the West Midlands for University, and stayed. I wouldn’t have a hope of affording rent in my hometown if I were looking for anything other than a shared occupancy house. The concept of buying in London is totally unrealistic within my prospective budget, as house prices increased by a sickening average of £60,000 in the last 12 months*.

Renting is dead money, and high rents have made it hard to save for a house deposit. I have a small amount saved, which is worth considerably more thanks to the current 5% buyers deposit scheme, but is capped down by my salary. I put my digits into a mortgage calculator, and I was looking at a budget between £70–80k. The monthly repayments on this will be between £100–200 less than my share of the rental contract.

Keeping an eye on the property market, buying seemed like a sensible option. But, in the space of a year, where once my £80k could have bought me a one bed flat in good condition, not too far from work, it now lends itself to a studio in flat in need of improvement, and a completely empty wallet.

I work as a Digital Homes Editor, and everyday I look at beautiful renovations and innovative constructions, mostly completed by couples in their 40s or 50s, with reasonably large budgets and a ladder of properties carrying them to the self build summit. It’s an exquisite combination of inspiration and torture!

Self build has been a dream of mine since I first discovered the Huf Haus at the age of twelve. Now, my tastes have changed a little, but it’s always been a long-shot ideal, something for later in life.

Recently however, I’ve seen a few inventive, low cost projects by young self builders that caught my eye and got me thinking; could self build be a realistic alternative to a first time buy?

This blog will be updated with my progress, and serve as an investigation into the feasibility of self building to get onto the property ladder.