Sash Windows: Everything You Need to Know | Homebuilding & Renovating Skip to content

It is as important to think about the function of a sash window as much as the style. From restoring frames and incorporating modern glazing to replacing in a material faithful to the period, there’s a lot to consider. When material, cost and mechanism are carefully thought out, sash windows can enhance a traditional-style self build or conversion and transform a run-down renovation project.

They provide an unparalleled glimpse into past traditions but when designs are not matched to the correct period or originals are ripped out when they could be saved, it can affect character and charm of the house as a whole.

An inherent part of British architectural history, any styled property from the 17th to 19th centuries would be lacking without sash windows; if you’re renovating a Georgian, Regency or Victorian property or building a new home inspired by these periods, this item should be high on your shopping list. 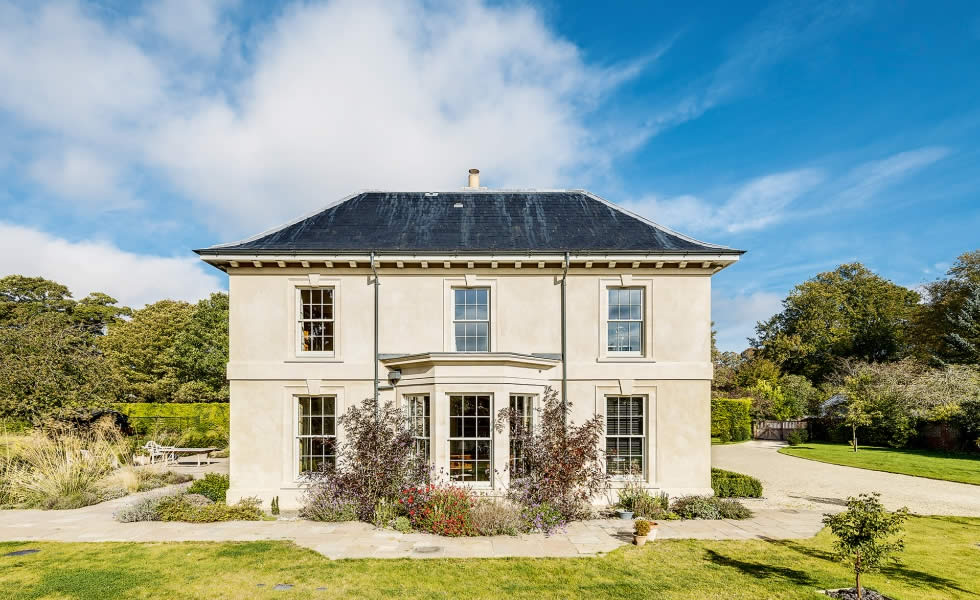 What Part of a Window is the ‘Sash’?

The word ‘sash’ refers to a single frame for glazing. The sash sits inside the frame, which is fixed to the house. Ina casement window the sash opens via a crank handle, while a traditional double-hung window features two sashes that slide up and down.

How Does a Sash Window Work?

In basic terms, the window works by balancing the sash with a counter-weight of steel, cast-iron or leaden weight hung on a cord which is concealed within a hollow box frame. Insulation can be retrofitted in these pockets in older windows. This classic design is most commonly found in Georgian and Victorian properties, but can also been seen with variations in late Victorian and Edwardian houses.

A very popular variation includes the horizontally sliding sash, known as a Yorkshire sash or a ‘slider’ window. This design actually pre-dates the vertical sash and although they use the same sliding mechanism, one of the sashes is usually fixed in place.

The sashes in this renovated cottage in Yorkshire are horizontally sliding

When replacing windows on an older property, or deciding on a design for a period-style home, you must be careful to get the time period right. There were several developments and style changes in sash windows over the years so don’t get caught out.

Sashes traditionally consist of a number of small panes, or ‘lights’. These are held together by glazing bars – astragal bars – to create a larger glazed area. This is because glass advancements at the time didn’t allow for very large expanses of clear glazing.

The period of the house will dictate the number of panes in each sash separated by astragal bars:

As is typical of Victorian buildings, this extended terrace has ‘two-over-two’ sash windows

Other variations in sash style include:

(MORE: Window Styles: How to Make the Right Choice)

What is a Sash Window Replacement?

Whether you’re updating your existing home or taking on a period renovation project, be careful not to make the mistake of removing period timber sashes. Where they can be restored and waterproofed, it is always worth holding onto the original windows.

However, if the windows are beyond repair or if there aren’t any left in place, many companies manufacture authentic replacement.

By repairing their sash windows and refurbishing them to suit a contemporary style, the homeowners of this period home have retained it’s character and charm (image: Ventrolla)

When to Replace a Sash Window

Most issues with timber windows can be fixed, including foggy windows, rotten frames and sticking sashes and a professional will be able to assist in making the decision in whether to salvage or replace but ultimately, the decision to keep original sash windows is down to customer preference and budget.

Benefits of repairing where possible: 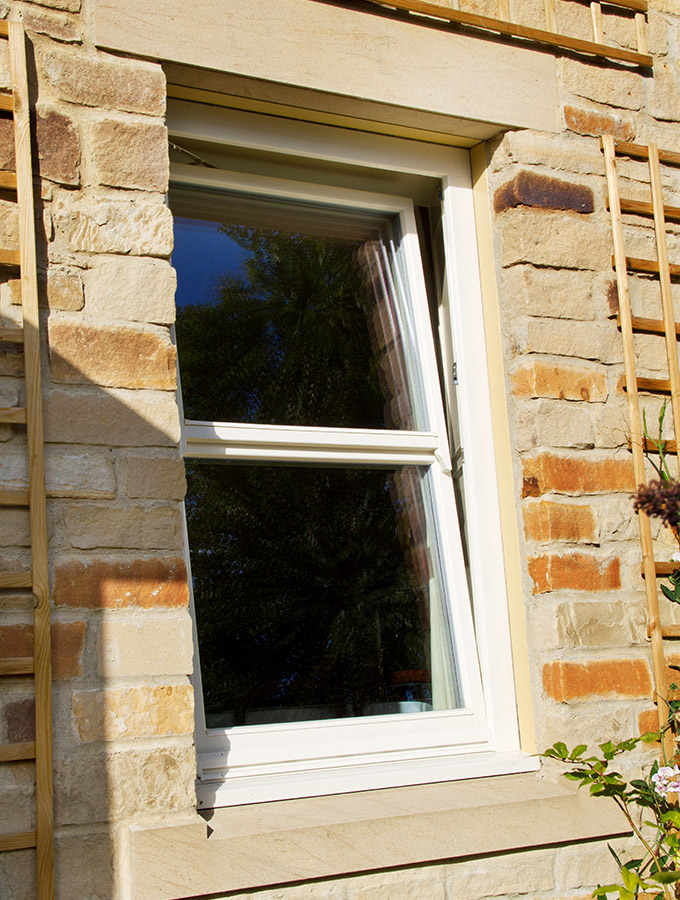 How Much Does It Cost to Replace or Repair a Sash Window?

Glazing can be replaced in sash windows if the original frames are salvageable. If able to be renovated to a good condition, the single-glazed panels can be upgraded to slim double-glazed units. Also new sashes can be fit into existing frames for which sash window repair specialists Ventrolla estimate anything from £1,000 per window.

For a complete replacement of sash window, cost will depend on specification (glazing types, choice of timber and any special feature of detailing required). Roughly, expect to pay from £1,750 per window.

(MORE: Window Repair: What’s Involved and How Much Does it Cost?)

Installing new sash windows in an existing house or in a traditional-style self-build are generally more expensive than casements, but the extra cost for added character or a realistic recreation is usually worth it. As with most windows, uPVC sash windows are cheapest, but lack the finish of traditional timber. 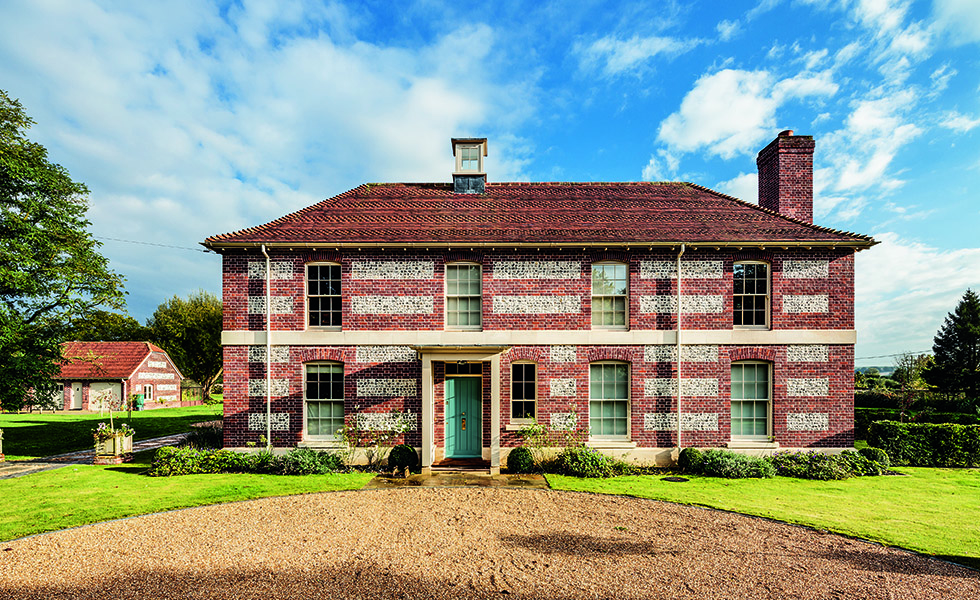 The low cills and large frames of this self-build help to create the illusion of the house being older than it actually is, something that wouldn’t have been achieved quite so well without sash windows

What Material Should I Choose for a Replacement Sash Window?

For traditionalists or for those living in a Conservation Area or listed building, genuine timber sash windows are likely to be the first and only choice. Sadly, plastic cannot achieve the same tactile effect.

PVCu (sometimes seen as uPVC) is often used as a substitute for painted wood. Though most commonly seen in white, it comes in a wide range of colours and finishes, including a photo-effect wood finish. However, if you live in a conservation area or in a listed building, changing to plastic sash windows will most likely be frowned upon.

It is becoming popular for sash windows to be composite in their construction. Newer products offer timber on the interior with aluminium cladding on the exterior.

(MORE: Window Styles: How to Make the Right Choice) 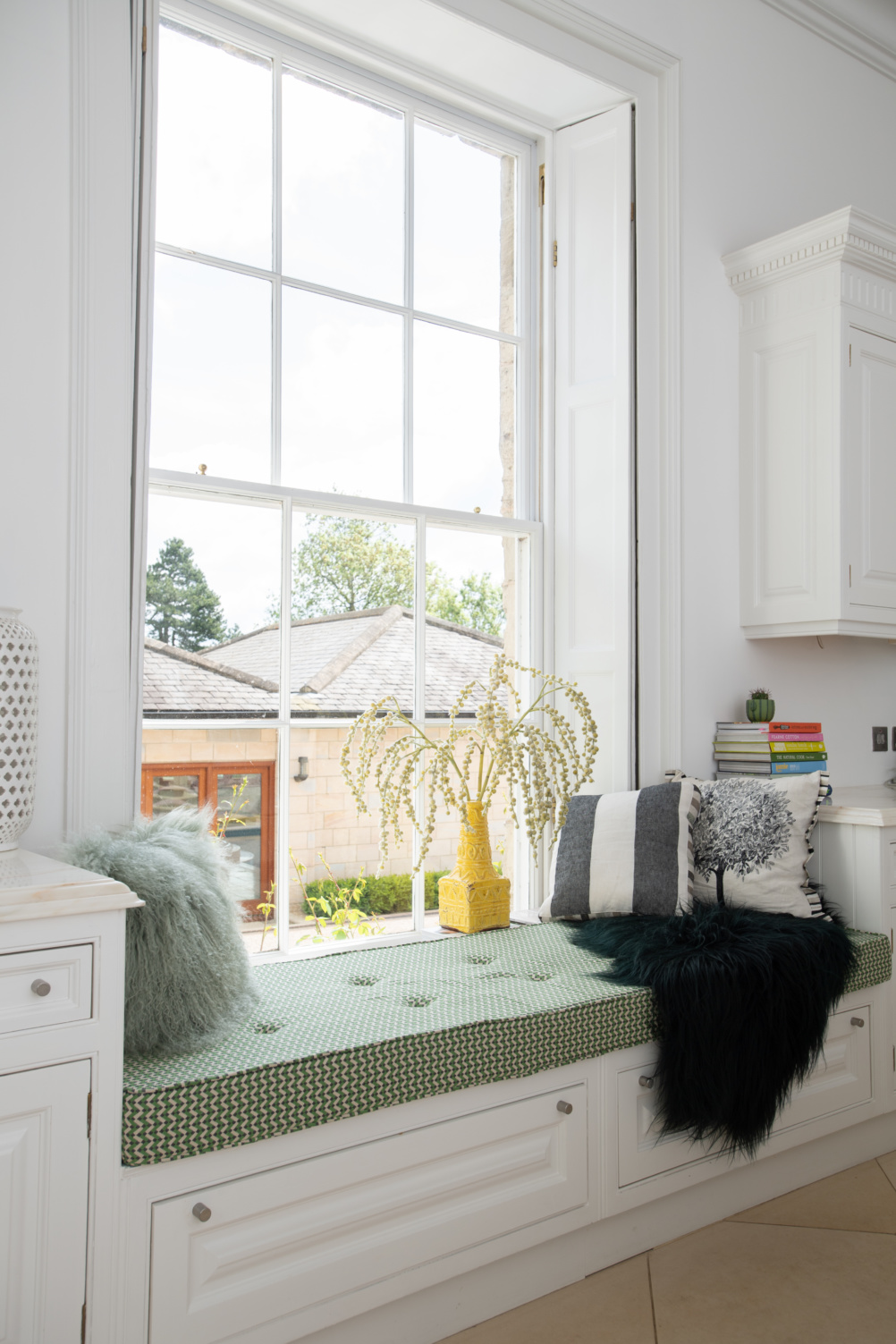 Timber windows are second to none and can last decades if properly maintained (image: Ventrolla)

Can Sash Windows be Double Glazed?

Although it is possible to install single glazed units on many sympathetic restorations, modern building regulations make it near impossible to have single glazed windows on a new house and there are many new timber products with double glazed sash designs.

Growing concerns about the energy efficiency of period properties might also steer you in the direction of replacing single panes with double when renovating. While it is possible, it needs close attention to be sure the delicate look of a sash window is not lost in modernisation.

Dividing up small units of double glazing with thick bars tends to look clumsy, but there are ways to effectively recreate fine glazing bars. The best way is to bond mock bars onto either side of a single double glazed unit. You could also incorporate spacer bars between the glass sheets, at a higher cost, to add to the effect.

Triple glazed options are available in these traditional styles, but as with all triple glazed windows, it might come at a premium. However, modern triple glazing could be seen as no longer carrying the cost stigma that was attached for the last couple of decades. This is in the majority due to triple glazed windows being manufactured in mainland Europe where it is much more mainstream.