A nearby landslide almost put an end to Adrian and Lynne Sproson’s new build project, but they skirted financial ruin to create a modern masterpiece by the sea. Skip to the remainder of the story. 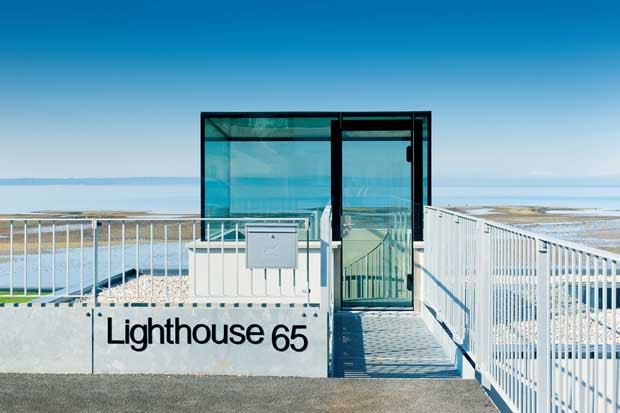 All that is visible of the house from the street is a glass box, from Structural Glass Solutions. 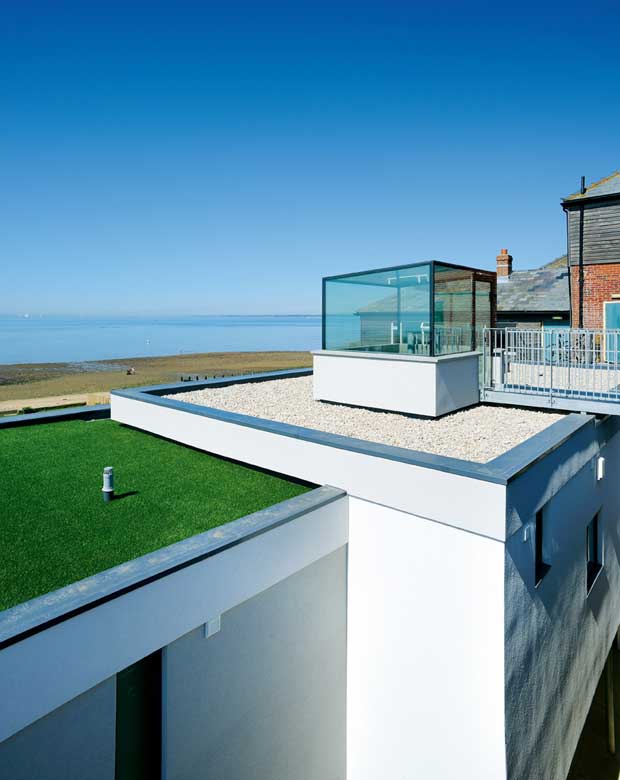 The contemporary home has a flat roof, and white render cladding. 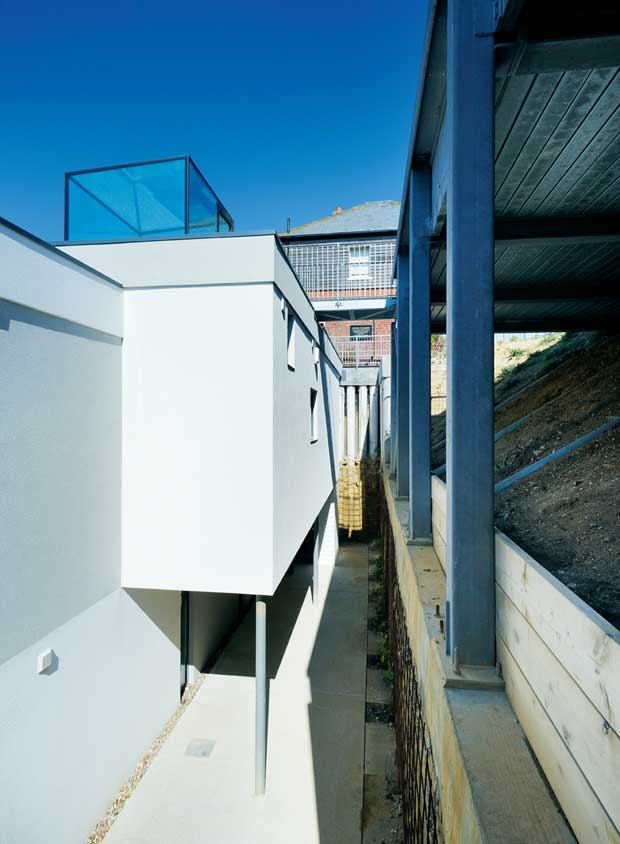 A series of extremely butch piles keep the cliff in place. 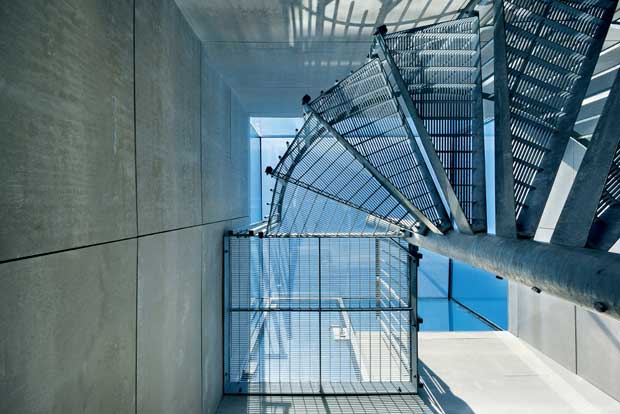 An industrial-style stairshaft serves as the main entrance to the house. 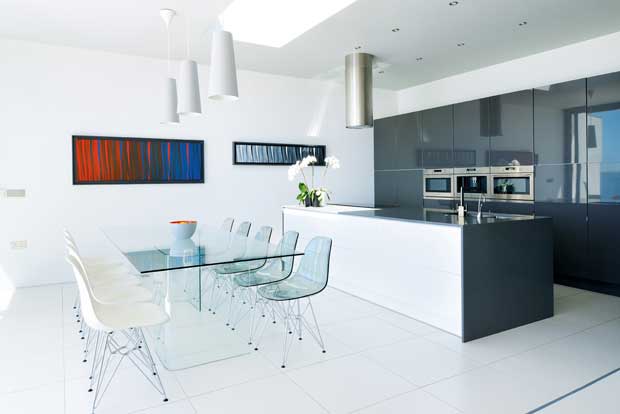 The contemporary minimalist kitchen is an Ikea model that has been customised. 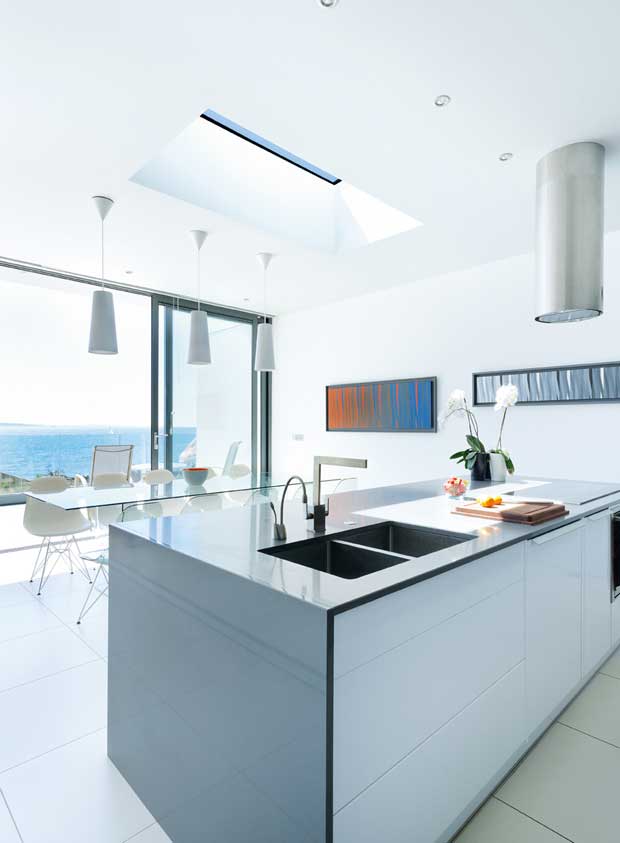 The floor tiles throughout the top floor are from On the Tiles. 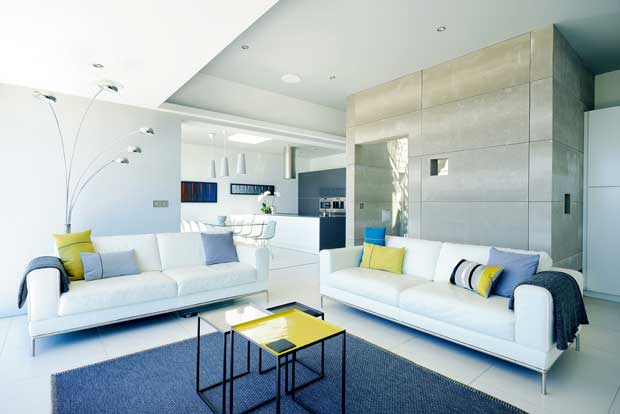 The living area is open plan in design. 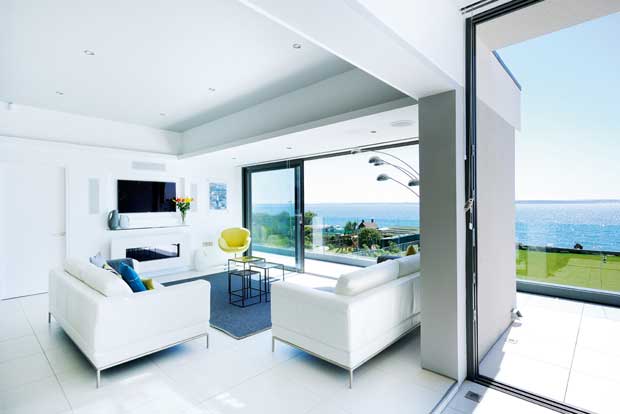 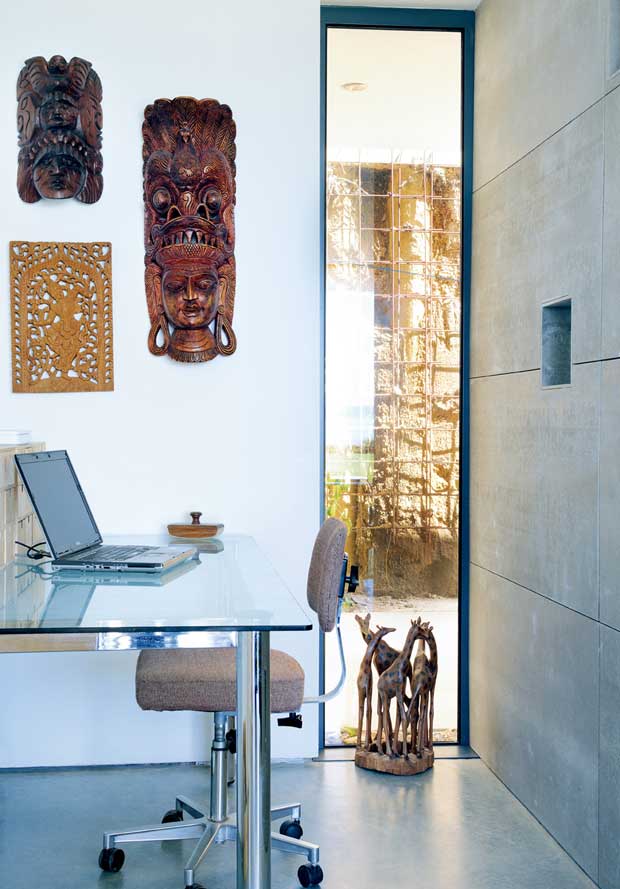 A look through the vertical window in the study reveals the extent of groundworks required. 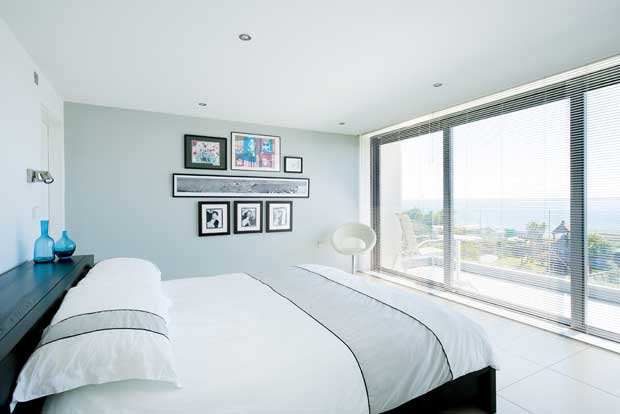 In this upside-down house, the bedroom and bathroom spaces are on the ground floor. 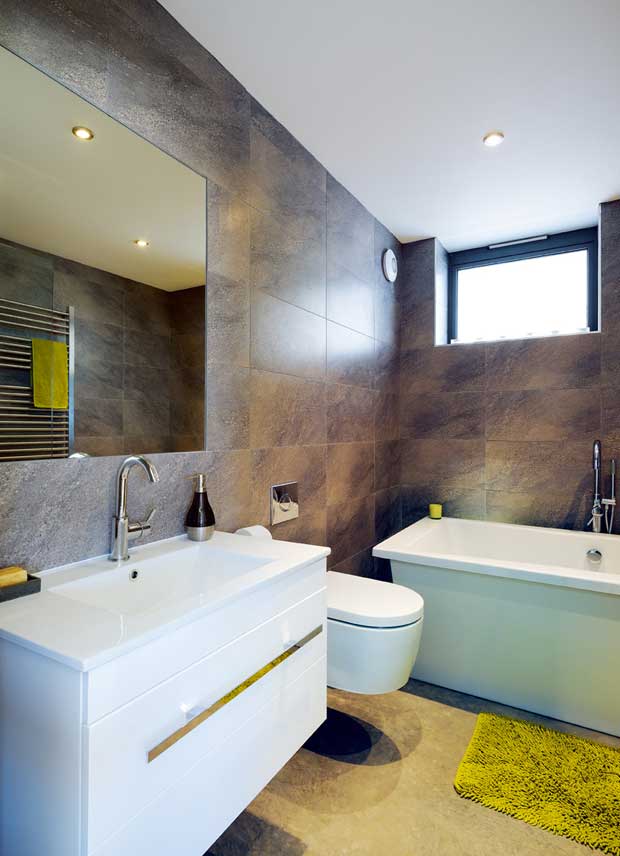 It turns out that Lynne and Adrian weren’t really looking for a project when, on retiring from senior teaching jobs, they bought a crumbling wreck of a cottage in Hill Head just outside Fareham in Hampshire.

What they wanted was a view, and having tried to buy a house a few doors down, they had fallen in love with this particular stretch of coastline. So they negotiated with the pub that owned the cottage instead, envisaging, “a modern house in its place, costing about £300,000,” says Adrian, 60. “We were completely naïve,” he adds with only a slightly regretful laugh.

Naïve yes, but also spectacularly unlucky. The steep slope of the land down to the sea meant that the cottage lay at the foot of a mini-cliff. In early 2010, only a few weeks after they had acquired planning consent for a sleek, wide beach house, the road collapsed a little further up the street. It was closed for several months with the result that no builder wanted to contemplate a challenging build on what was apparently a high risk area. In retrospect, it seems ironic that the couple had been worried about how their planning application would be received, as this turned out to be the least of their problems.

They had come across the work of their architect, Andy Ramus, after he won the Best Small House category in the 2009 Daily Telegraph Homebuilding & Renovating Awards and, when they found out that he was based close to their family home in Winchester, they approached him to design their new home. Aware that a lot of the local architecture could best be described as unremarkable, the Sprosons went out of their way to court their neighbours and take on board any concerns. “We had no idea how people would react to the house, but at the planning meeting it just flew through,” says Lynne.

The house is extraordinarily different from the surrounding stock. It forms a bold and beautiful paean to Modernism — unapologetically slick and beautifully engineered.

Built over two floors, the couple’s open plan living room and cantilevered bedroom are on the first floor and are smoothly understated — the floors tiled throughout and the walls pale. The front of the house is almost entirely glazed with the living space leading out onto a generous balcony and the reception room on the lower deck leading out to the garden.

Whilst their £300,000 budget does now seem laughably unrealistic – they have in fact spent almost double that – by selling their old family home, an inherited house, their boat and any other non-necessity they could, the couple pulled through and the house could now easily sell for £1.5million. “I’m delighted with what we have,” says Adrian, “but we had some very dodgy financial moments getting here. My advice to anyone contemplating building? Choose a flat site.”