Andrew Beveridge moved from Aberdeen to the beautiful village of Newton Ferrers where he bought a traditional timber framed bungalow.

He had never built a house before and was vague about what he was looking for from a design point of view.

With the help of local architect, Stan Bolt, can now enjoy his retirement in an award winning home — Green House.

The site did not make building straightforward. The existing bungalow had been built on the vertiginous northern bank of Newton Creek — an Area of Outstanding Natural Beauty. Surrounded by ancient woodland and in a village full of thatched cottages. 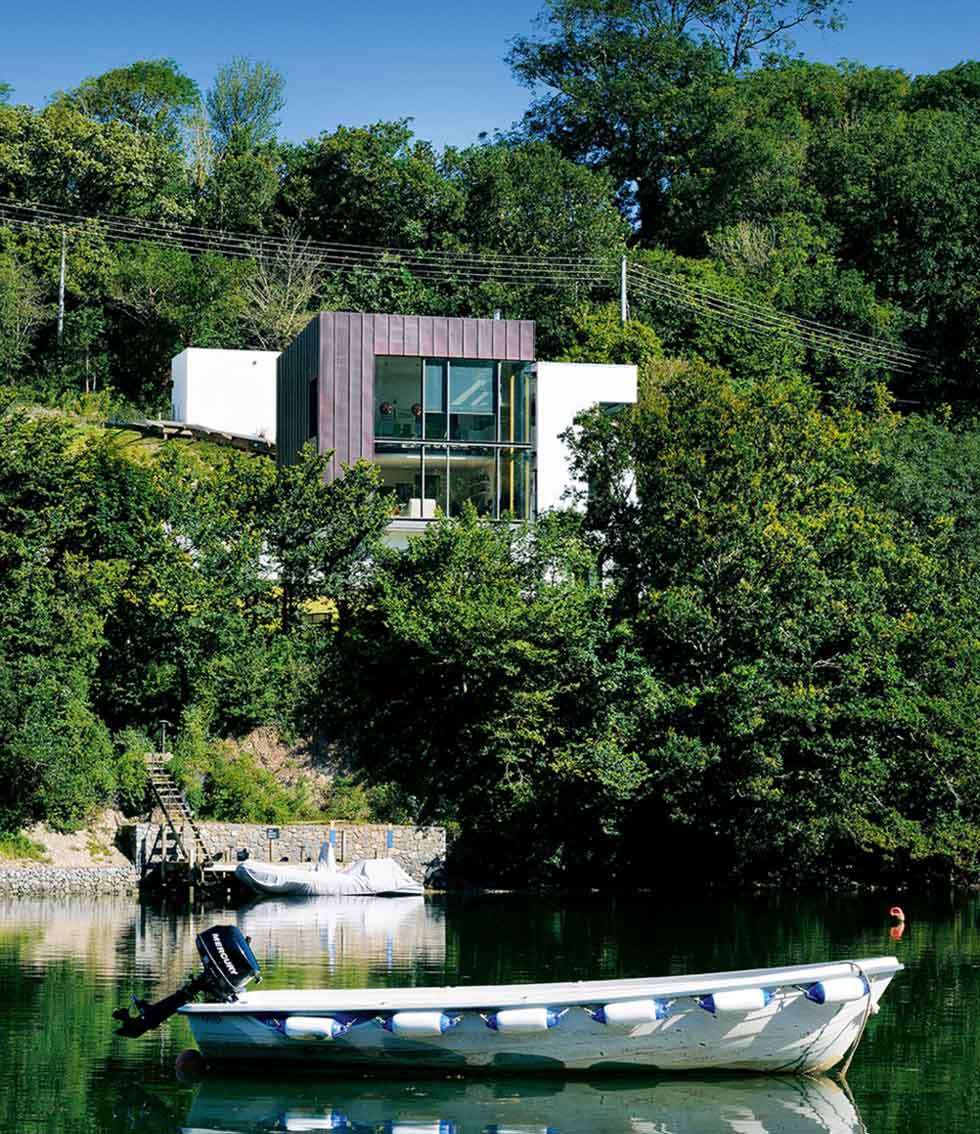 Andrew held a contest between four local architects and chose Stan because of his ideas and the effort he put in to his projects. His directions to Stan were fairly simple: 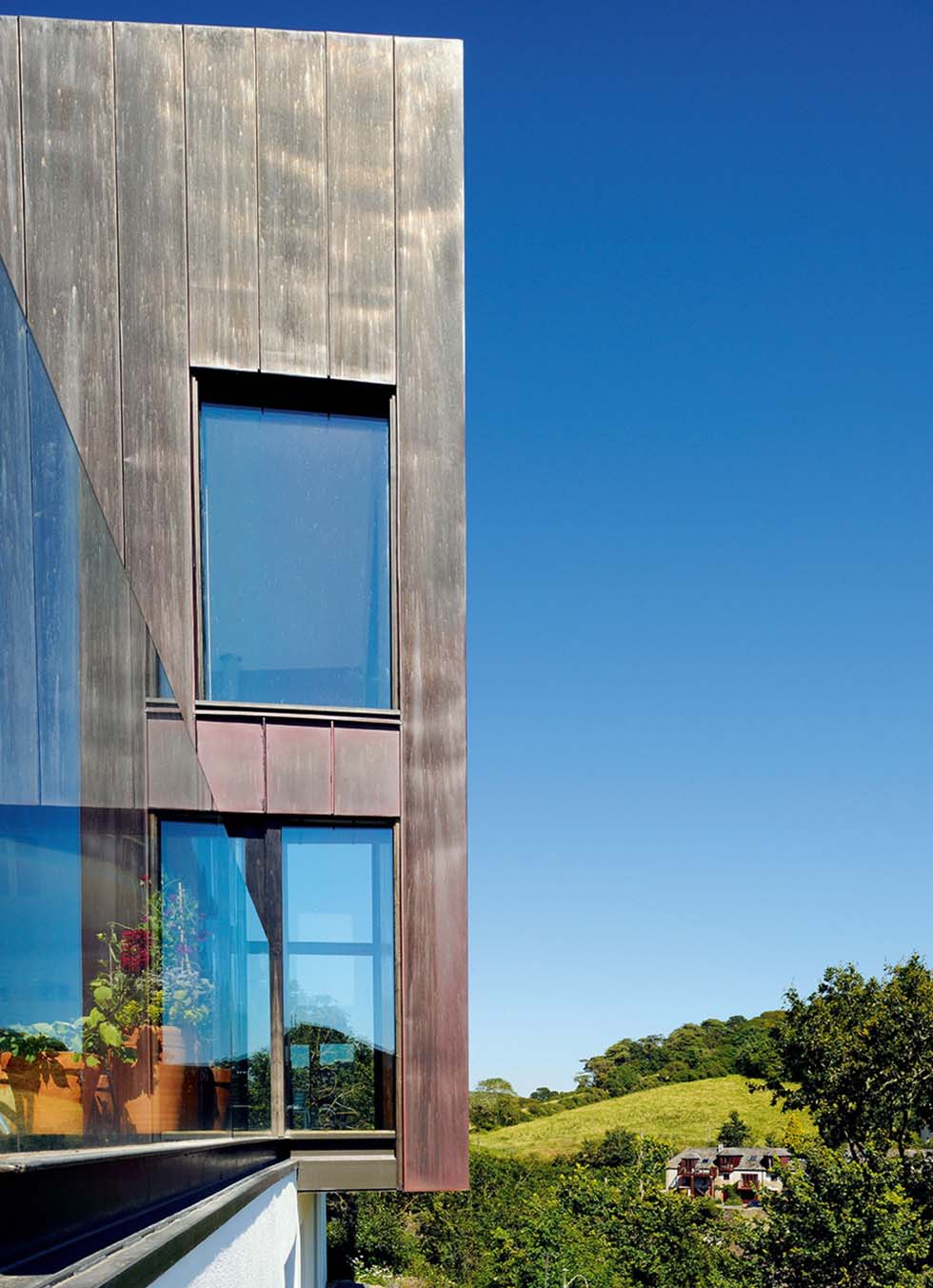 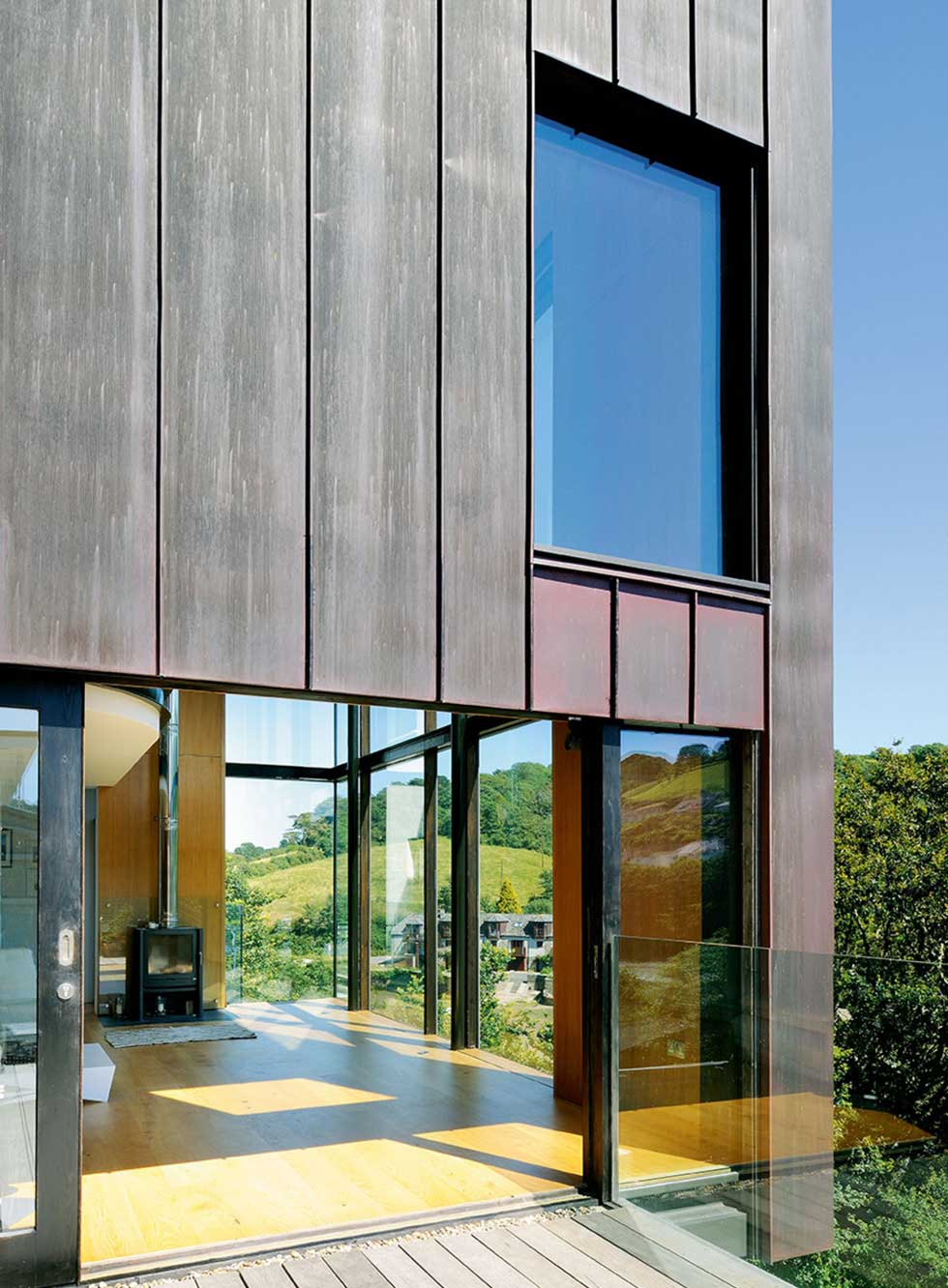 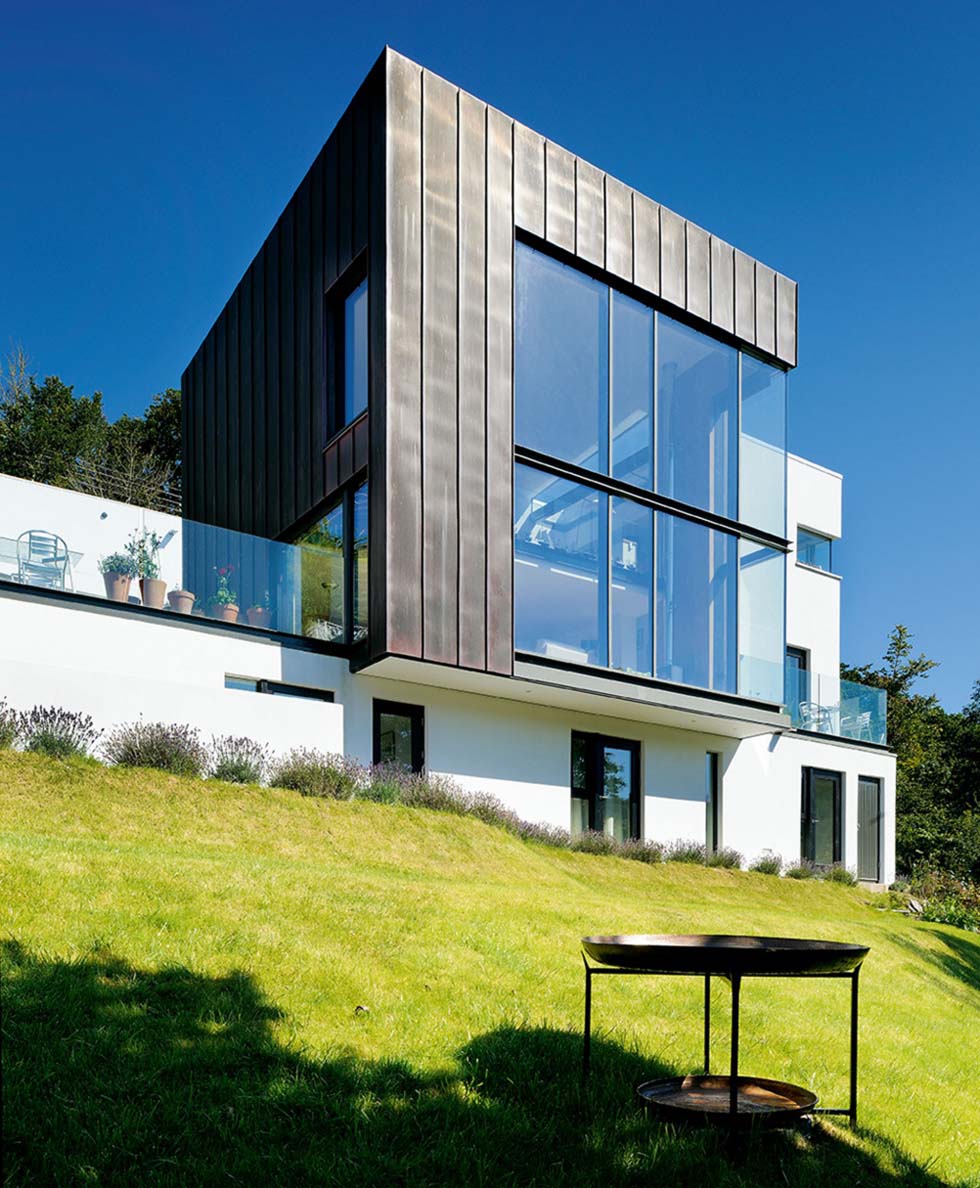 The vertical arrangement of the building over three stories is a direct response to the site’s steep gradient.

Entry to the house is on the highest level via a bridge from the top of the site. The living areas are arranged vertically over the ground and first floors so that they can make the most of the views with a double height window.

Bedrooms are then on the lower ground floor set into the contours of the bank. Their roof forms a terrace for the cantilevered living area above which is clad in copper.

The design is modernist and a far cry from the vernacular, but it works sensitively with the surroundings as it tucks itself into the bank and is surrounded by vegetation. 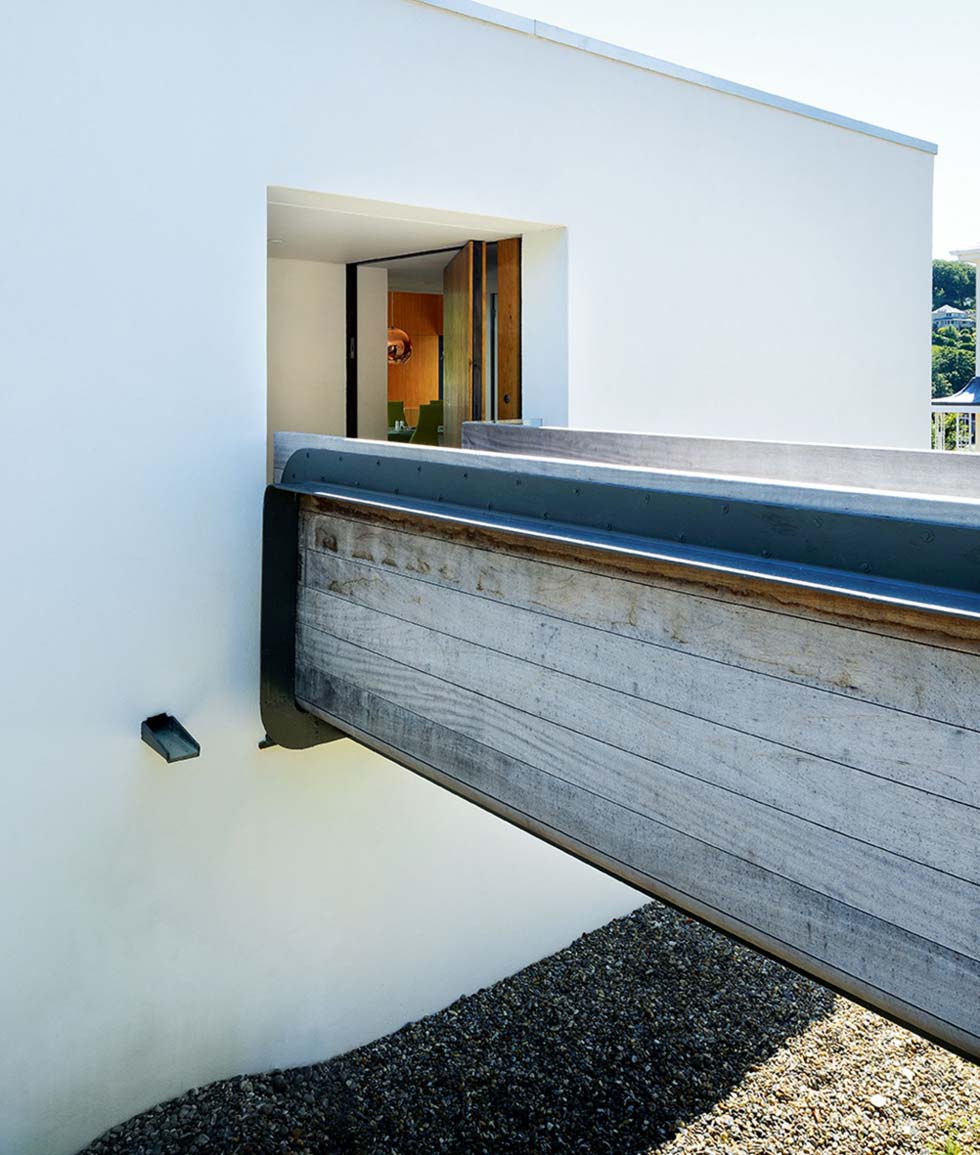 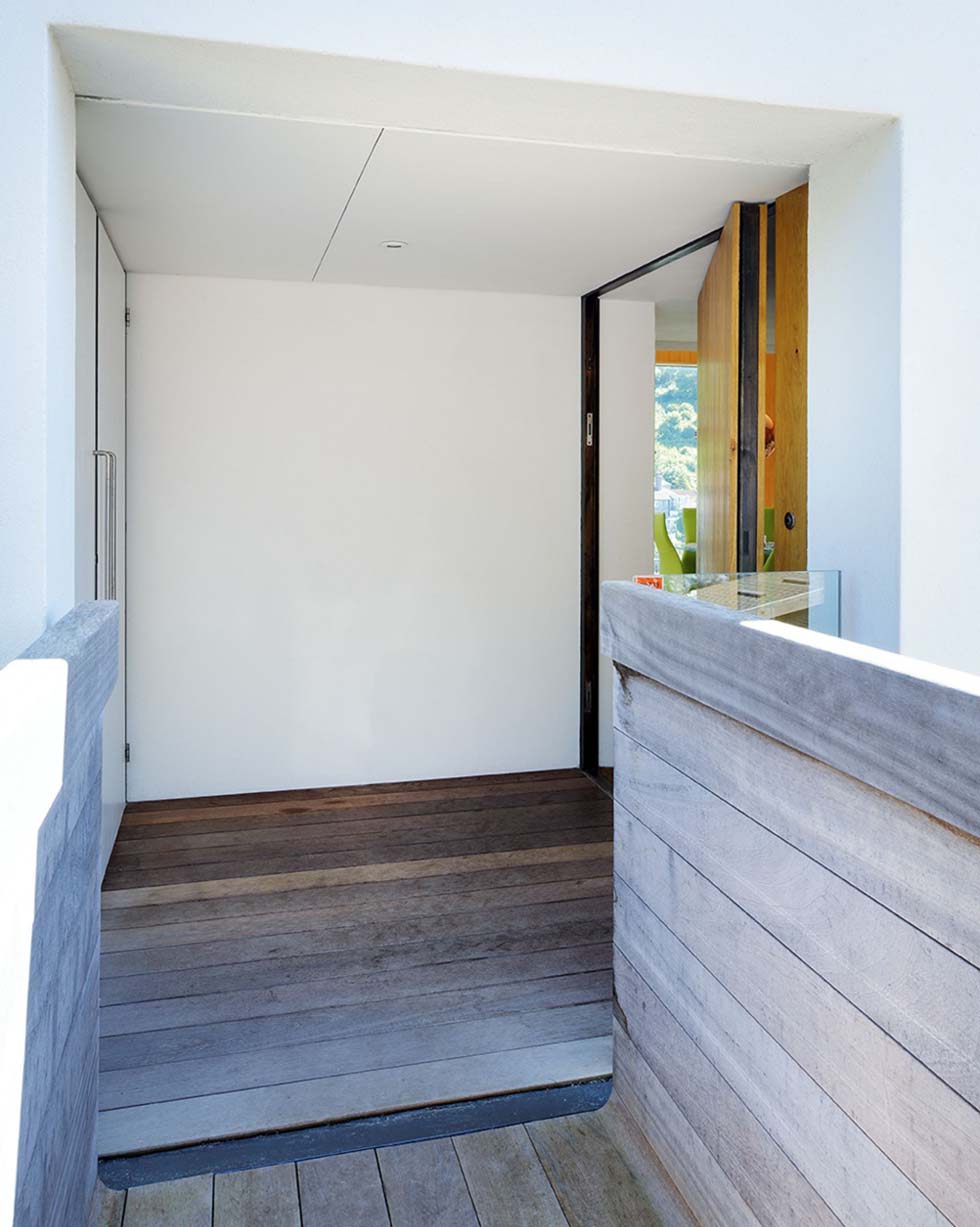 Planning was not plain sailing with uproar in the local community and 64 letters of objection. Andrew had deliberately chosen Stan Bolt due to his familiarity with tricky planning situations and after an initial refusal in July 2008, his appeal was accepted in November or the same year. 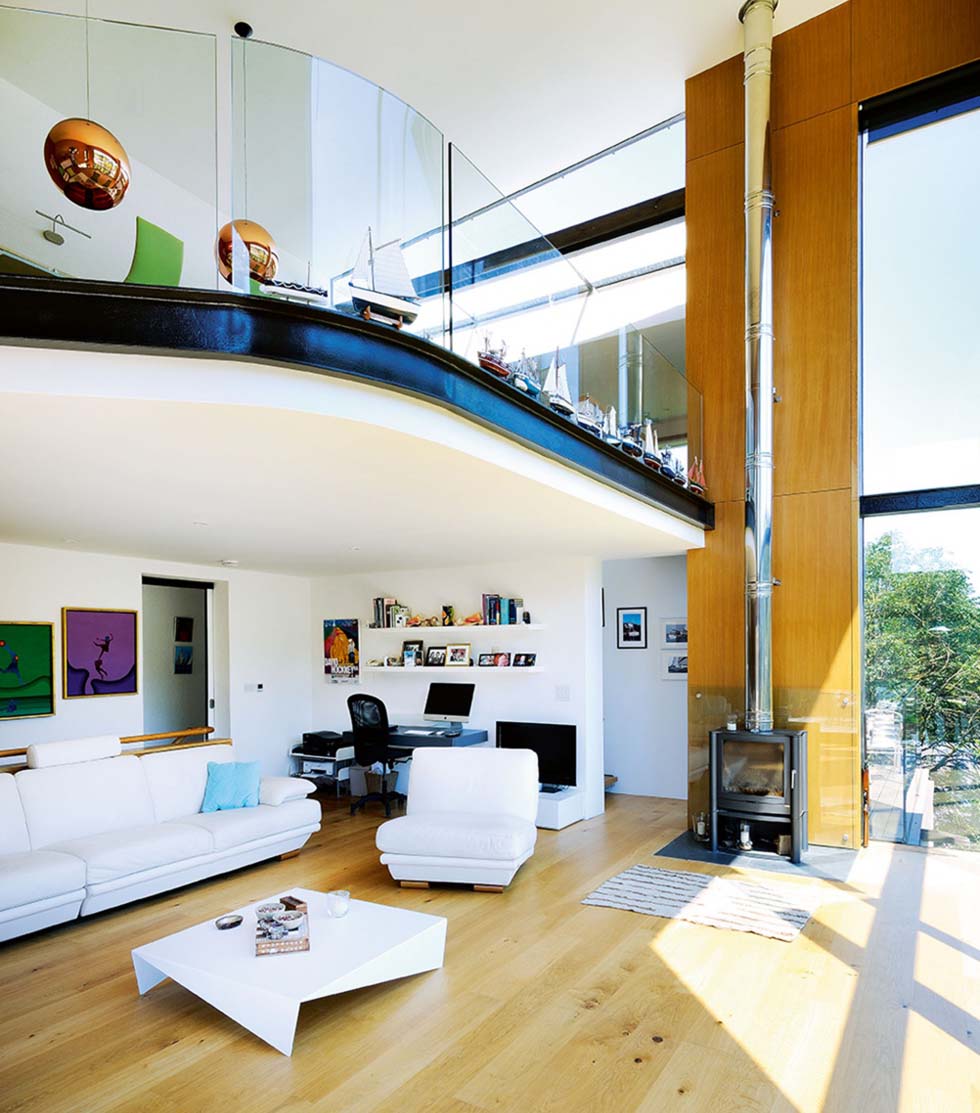 The double height living room has a mezzanine level for dining

Work began on site in April 2009. During the 18 months of the build, Andrew – a keen sailer – spent 9 months crossing the Atlantic in his boat. When not at sea, he was still based in Aberdeen so his site visits were limited. Thus he monitored the progress through project architect, Nick Elkins and devoted his free time to choosing fixtures and fittings.

After a three-month hiatus when the original contractor went into liquidation, Andrew was able to move in with his partner Sally on Christmas Eve 2010 as work continued around them until completion in February 2011. 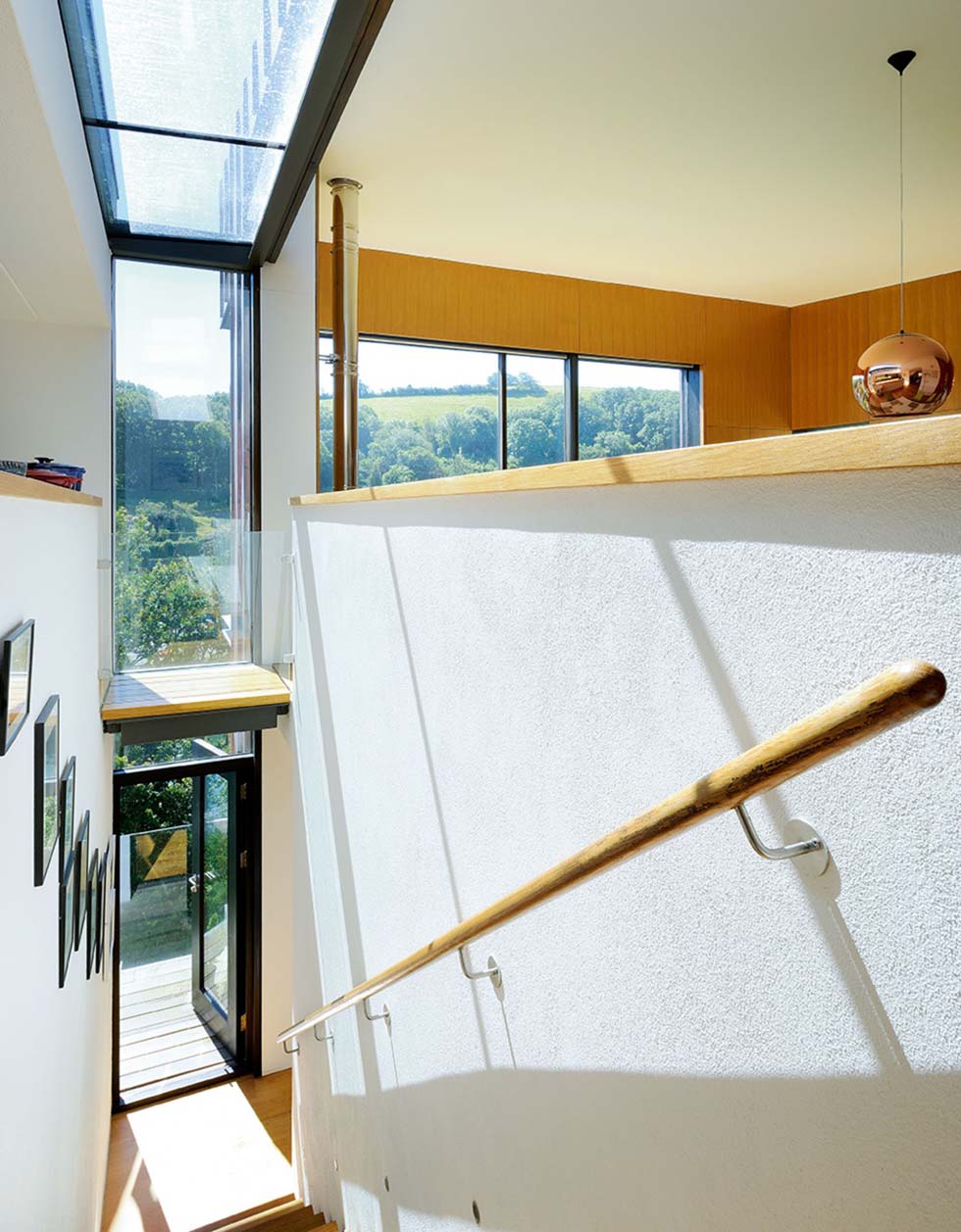 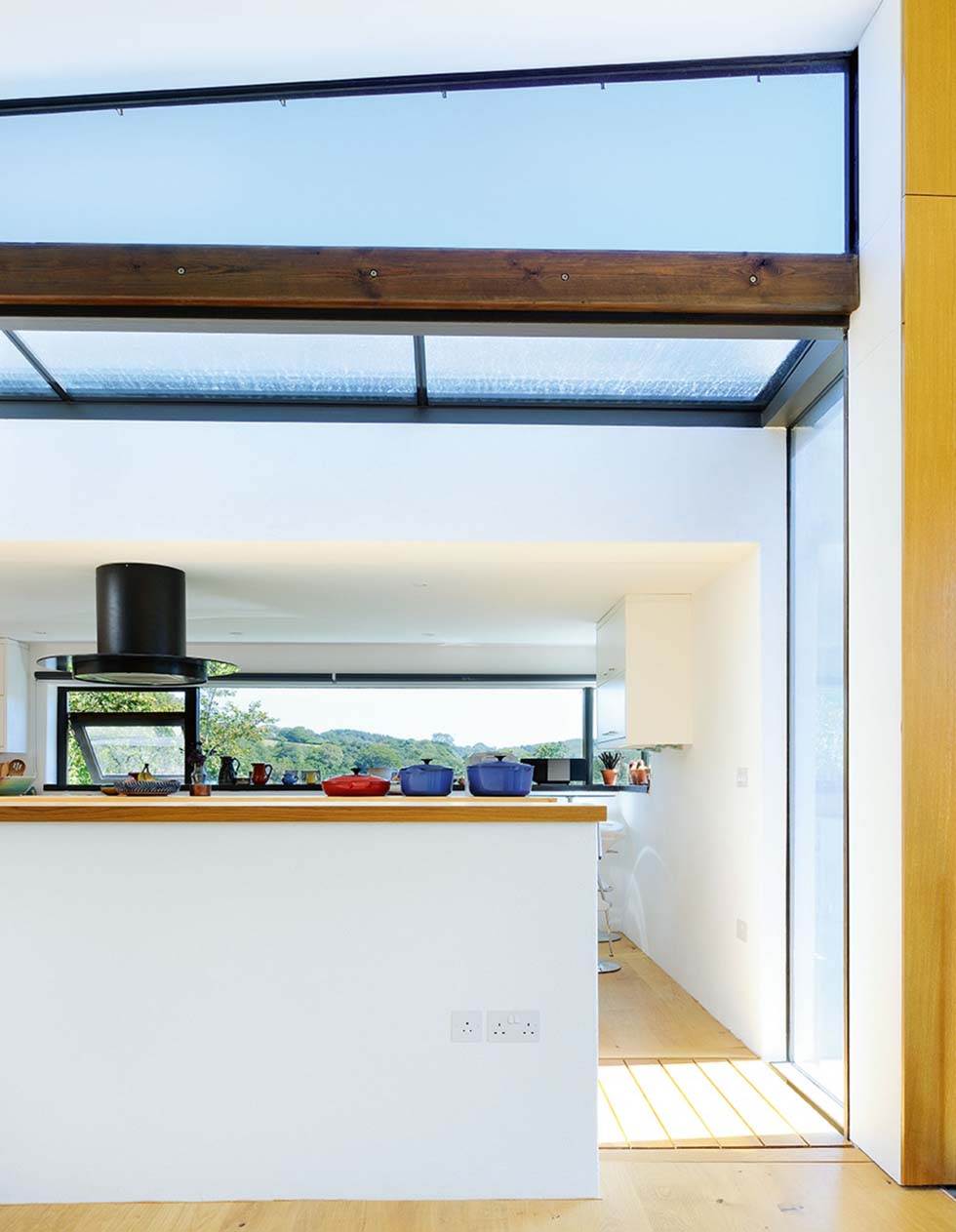 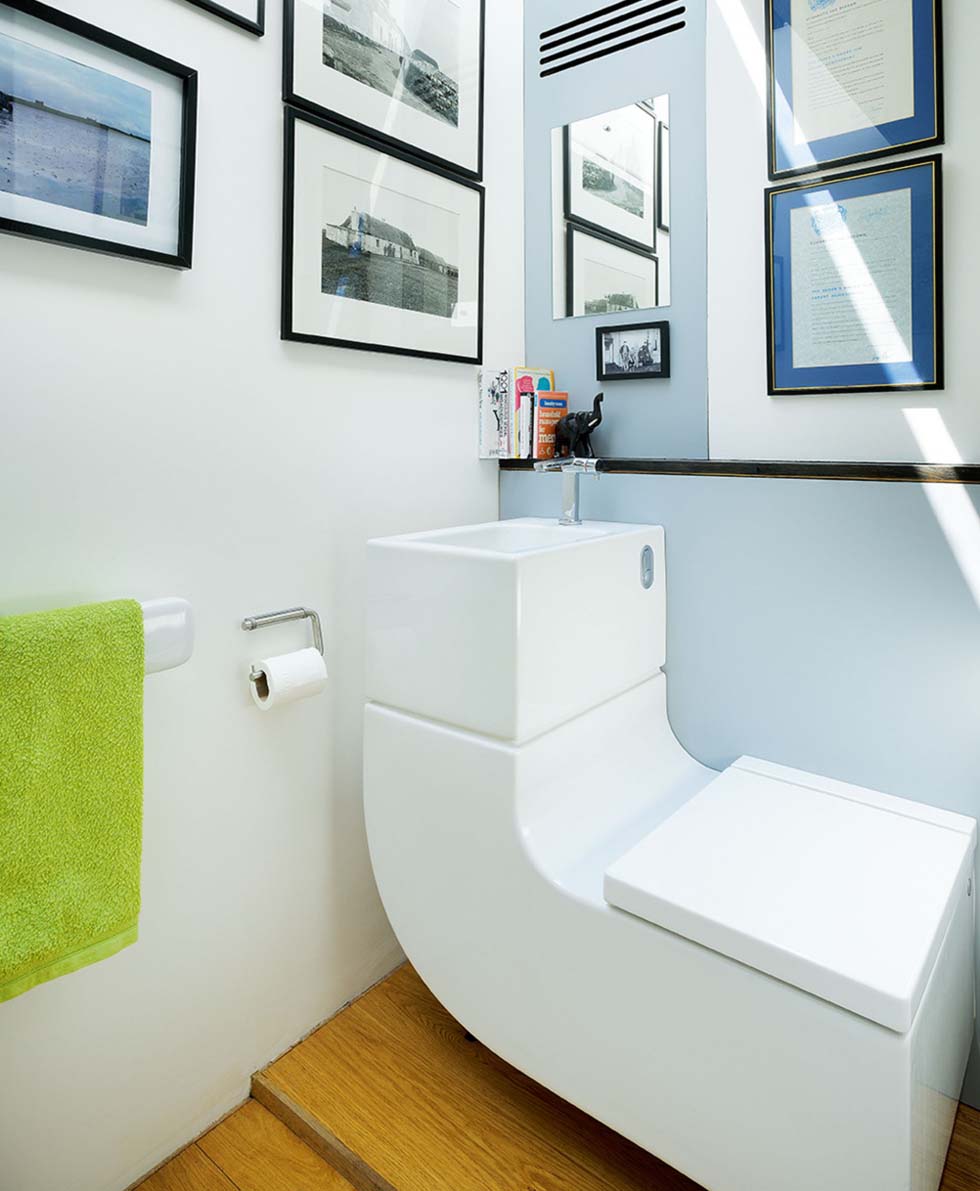 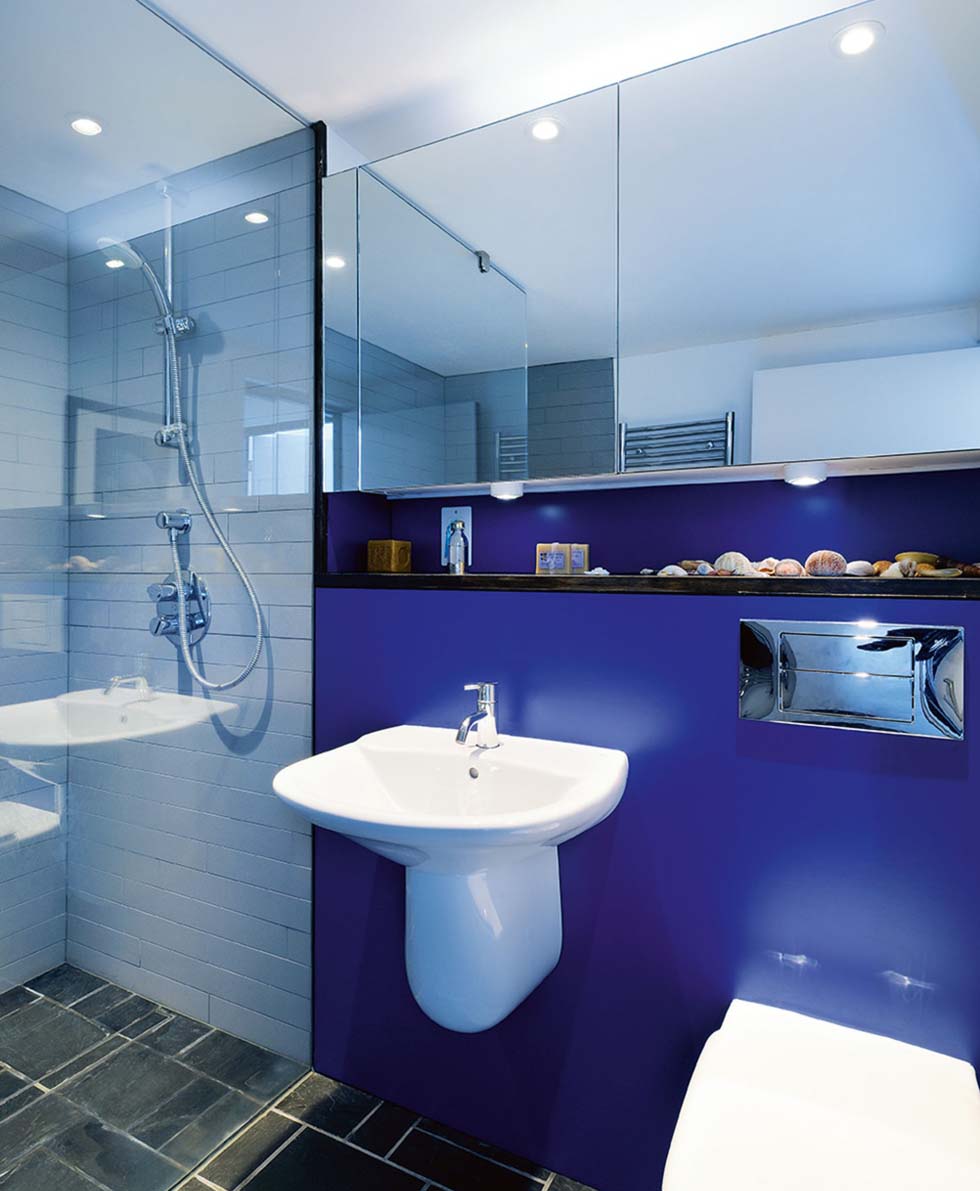 As well as being super-insulated and orientated towards the sun, Green House is powered and heated by the following technology:

“The B&Q kitchen cabinets were a good price but don’t look like a budget option. I had one of their kitchens before in my house in Aberdeen and was impressed by the quality.”

“Find a good architect who will design a house to work with and complement your site.”