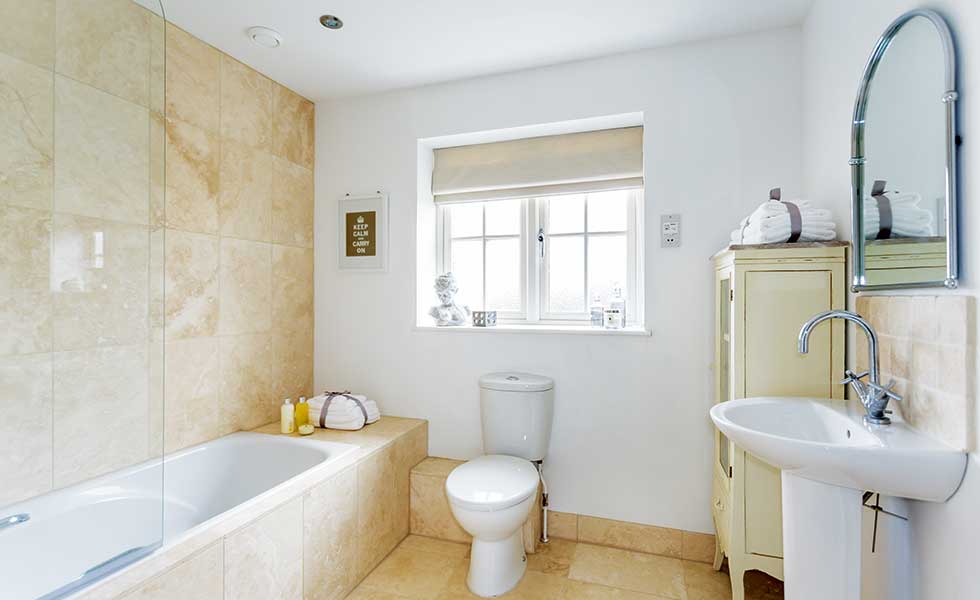 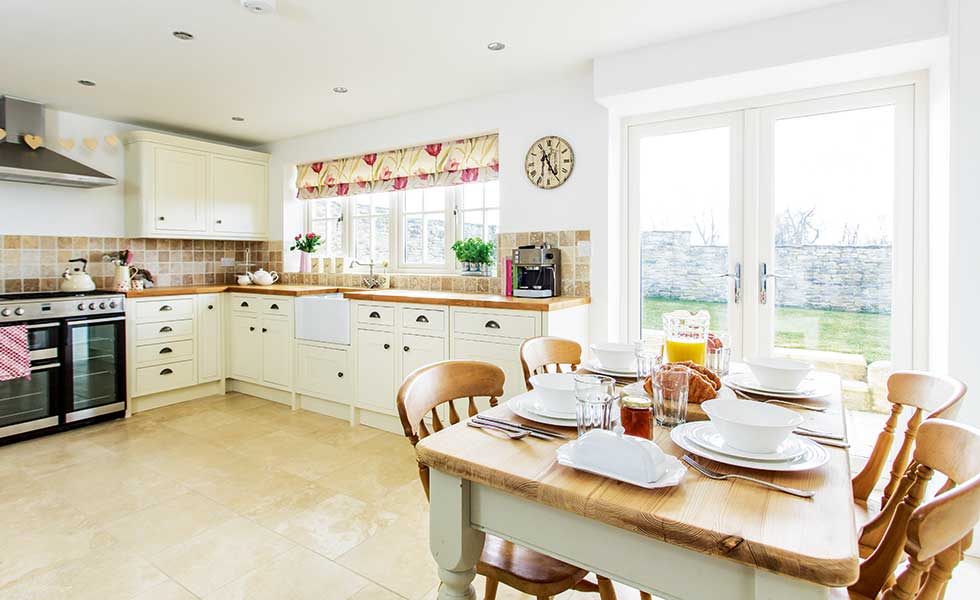 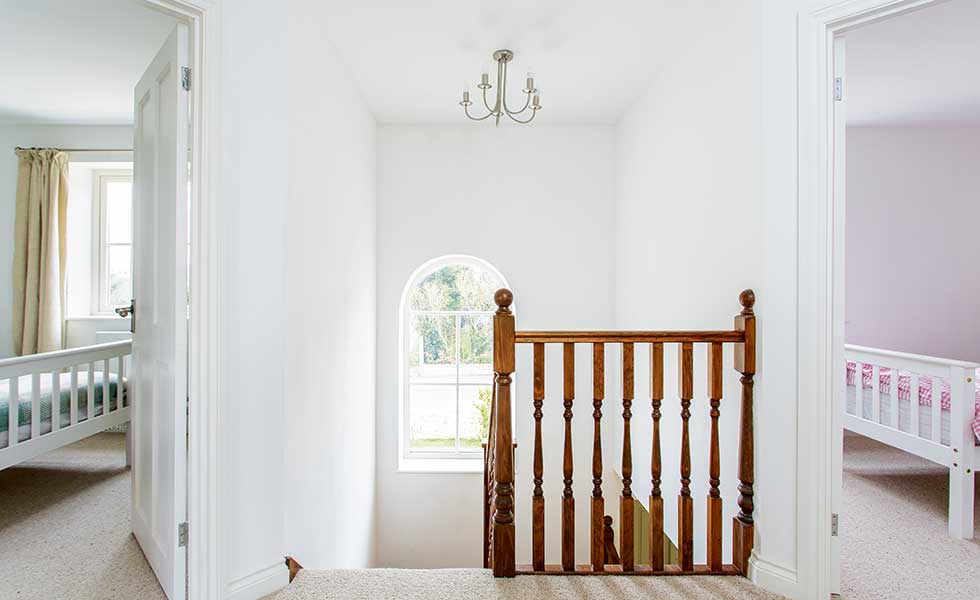 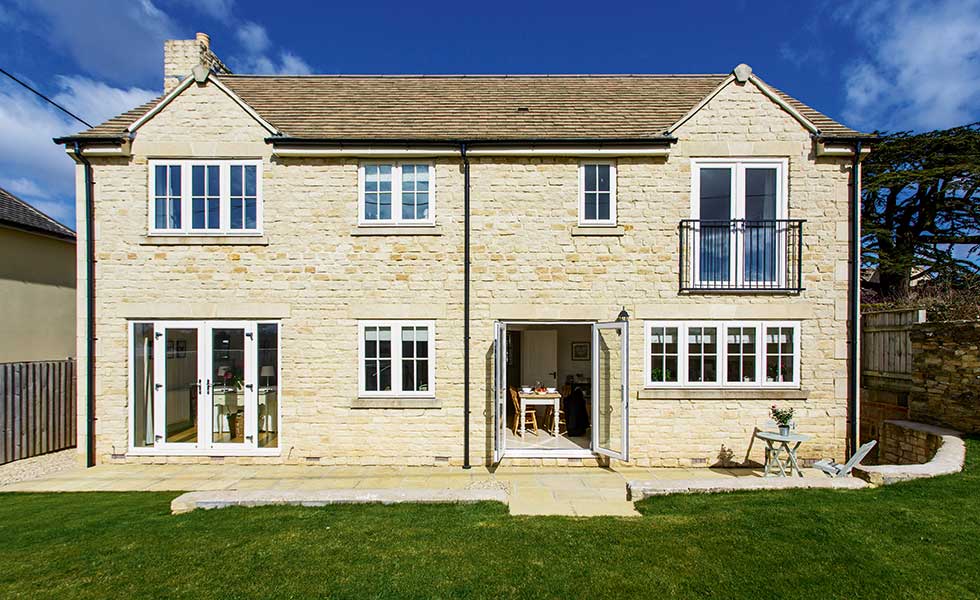 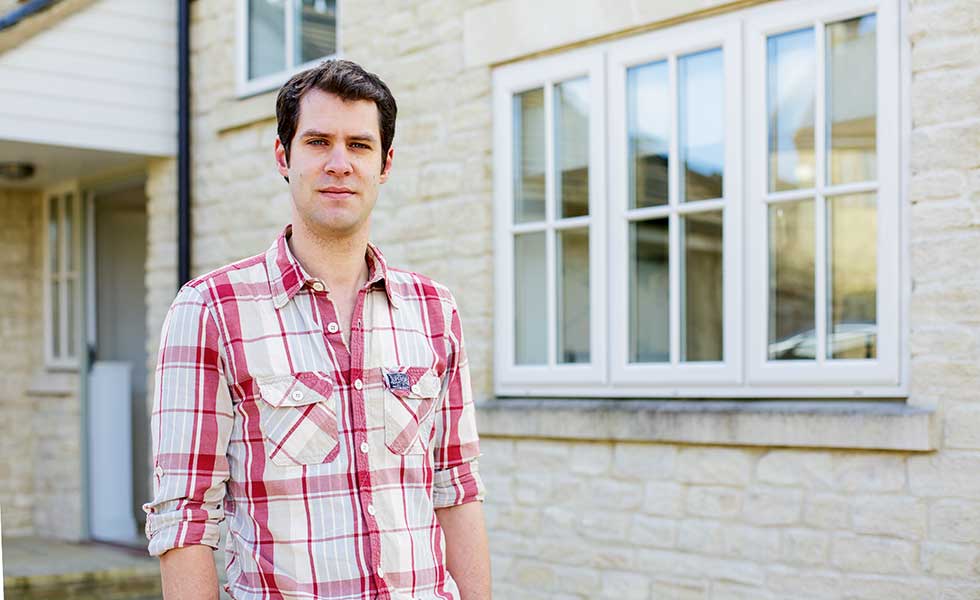 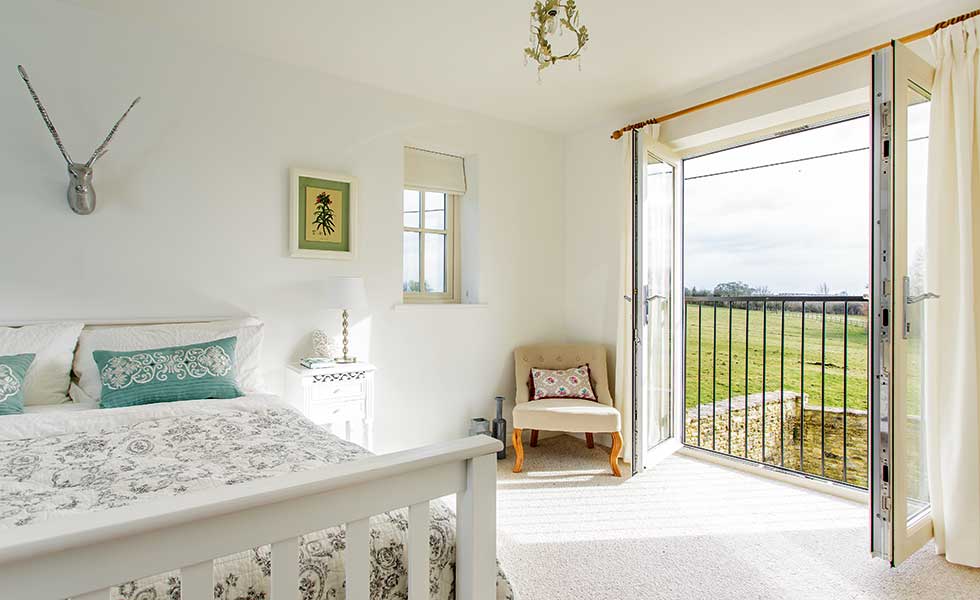 By learning the basics of a few trades, and taking on the role of project manager, Chris Hurst has built his dream home in the countryside for around half the price of the average detached home in the area. However, the traditional exterior and stylish interiors, give no hint to the huge savings he has made on his self build.

After finding a plot for sale on the outskirts of Malmesbury, Wiltshire, where Chris was born and raised, he borrowed the funds to buy the land and materials for his home from his father.

Using knowledge attained by helping his father to renovate and extend a neighbouring property, Chris managed to create his beautiful Cotswold stone home for 30 percent less than the cost predicted by his estimating software.

The plot came on the market with planning permission for a three bedroom dwelling. It also had the benefits of being on the edge of the town, giving it unhindered views of the beautiful Cotswold countryside.

The design process was handed over to architect Peter Legg, with input from Chris who wanted a comfortable and modern home, which would suit its countryside location. He also needed a design which took his DIY approach into consideration, and many of the features called upon Chris’s existing skills.

Although planning had been granted for a three bedroom dwelling, when Chris was able to secure more land from the local farmer, he resubmitted plans for a slightly larger home. The planning officer was not deterred by the addition of an en suite bedroom and a bigger living area on the ground floor, because Chris demonstrated that he had adequate room for the revised scheme.

The four bedroom home has been designed to make the most of its surroundings. The ground floor has a large kitchen diner and a separate dual-aspect living room. Both of these rooms have french doors out onto the back garden, making perfect use of light, views and solar gain. The house is also perfect for entertaining, both outside or by the fire in the living room.

The first floor has three bedrooms, a master bedroom with en suite, and a classy family bathroom. A Juliet balcony in the master bedroom gives yet more access to the stunning countryside.

The house is made from Thermalite blocks and clad in Farmington natural stone for the classic Cotswold feel. Double glazed casement windows and an elegant arched window on the front complete the look.

To make the project financially viable, Chris knew they would have to do most of the work themselves. By renovating a home before, Chris had already learnt how to lay bricks and tile a roof. He had also attended a plastering course at college, thus limiting the need for tradesmen. This helped him save £60,000 on labour costs.

Chris had to sacrifice a lot of his own time to bring the project in on budget, but he has certainly not had to compromise on style. He could not afford the Bradstone heritage tiles he envisioned for the roof – finding a concrete replacement instead – but he has been able to haggle for high quality finishes elsewhere.

For example, Chris took a standard bath from Wickes and encased it in travertine tiles for a high end look. He bought the windows from Malmesbury Windows, a local independent retailer, and spent hours scouring the internet for quality oak flooring which he fitted with his father.

As well as shopping around, he found a local retired building inspector who was an invaluable source of solutions to possibly expensive problems.

The groundworks began in December 2008. With the ground frozen and the DIY route predicted to take a long time, they decided to contract this out. This meant the footings were in place in just two weeks and the block and beam suspended floor laid by the end of the following week.

Being able to make considerable headway with professional help at the beginning, got them off to a good start. After a short delay because of the cold weather, Chris and his father set to work on the Thermalite and stone construction.

Working with natural stone was the most challenging aspect of the build. The stones take longer to dress than regular stone, so they spent a lot of time preparing them with an angle grinder. By summer, the house was weathertight and they spent several weeks tiling the roof and cladding the dormer windows before work could begin inside.

After erecting stud walls, screeding floors, and installing a half-turn timber staircase, a plumber and electrician were brought on site. Chris and his father also spent three months landscaping the garden, which included constructing a Cotswold stone wall around the perimeter.

Chris’s top tip for self builders is to study building materials and regulations before starting. By doing so, he managed to avoid costly mistakes, and has built a home he could not have otherwise been able to afford.