When Bernard and Joyce Martin first approached their local planning authority they were advised to avoid anything too grand. But, the end result is a house doubled in size, with a new contemporary-style extension which is slightly larger than the original 17th-century cottage.

“Initially, the chances of being able to extend the cottage looked slim,” reflects Bernard whose priority was to make the cottage more accessible for his 89 year old father who was living with them.

“Living in the old cottage was proving very difficult for him as his eyes were degenerating and he had trouble sleeping upstairs, where there was no bathroom or WC. He was also finding all the door thresholds increasingly difficult. A modern extension with a ground floor bedroom was the perfect solution.” Skip to the remainder of the story. 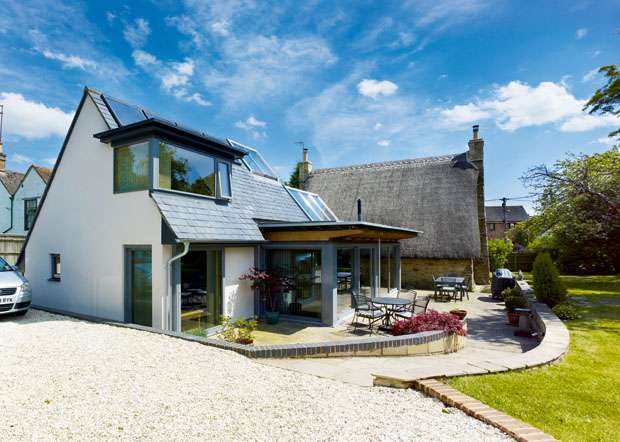 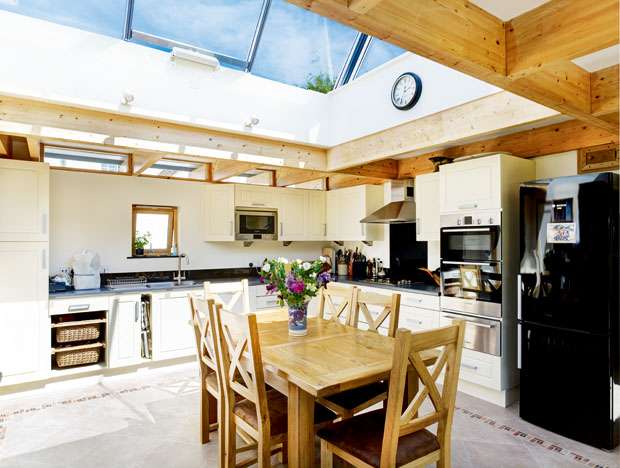 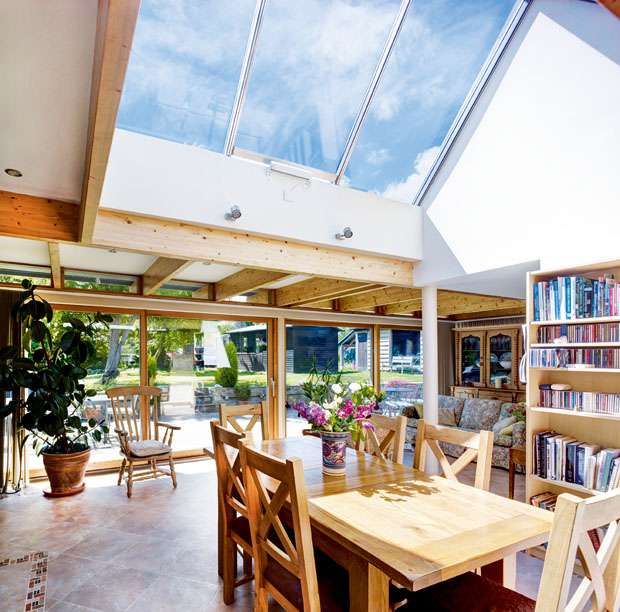 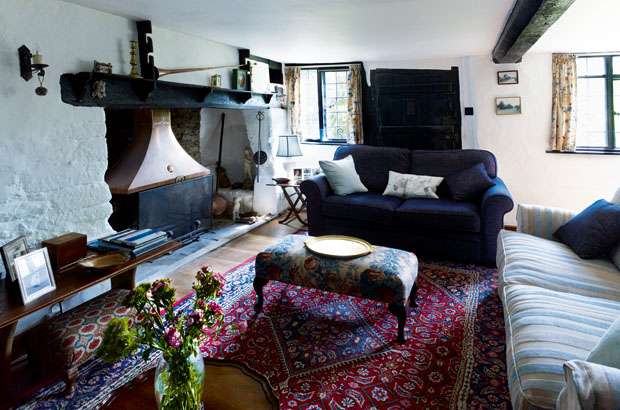 Bernard and Joyce have the best of both worlds as they still have a cosy cottage, with leaded lights and an inglenook fireplace, to retreat to 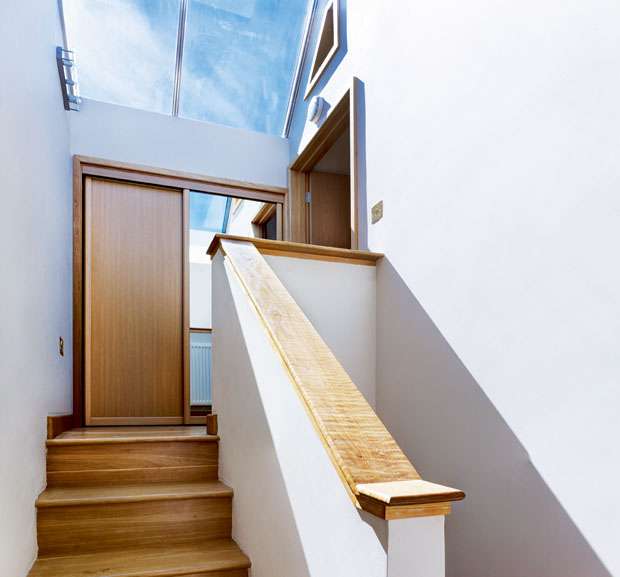 By using so much glazing in the roof, they have been able to limit the number of windows overlooking the neighbouring property 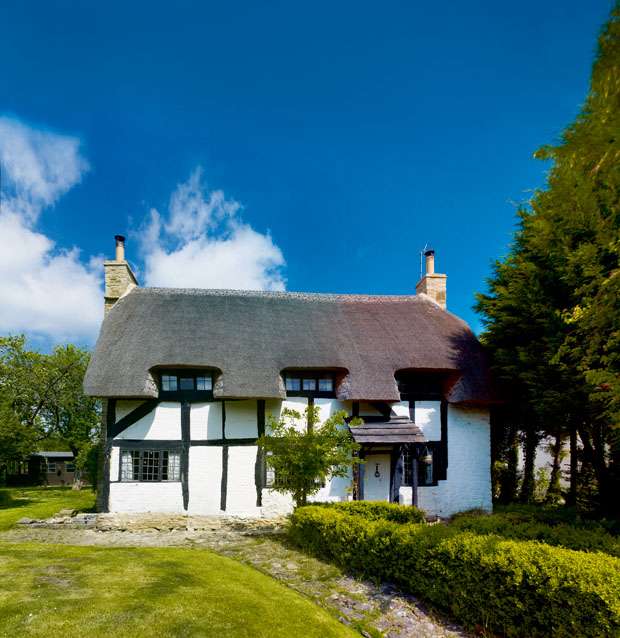 Engaging architect Alan Drury and entering into further dialogue with the local planning authority provided a turning point. Instead of altering the historic building – which was originally two dwellings and bears a datestone of 1677 – a contemporary addition would offer the accommodation required.

The overall challenge was to produce something visually exciting that contrasted totally with the original, yet at the same time formed a cohesive whole. Planning permission was duly granted for the distinctive addition.

The project provided the Martins with the opportunity to carry out repairs and updates to the cottage too. One of the biggest challenges was removing the old galley kitchen which ran along the rear of the building and had not been touched since the late 1950s.

The Martins enjoyed enormous good luck in having a house in a nearby town in which they could live and look after Bernard’s father during the build. The short commute to the site also facilitated Bernard in his role as project manager.

A capable handyman, Bernard completed much of the work himself during the final stages of the project. This included tiling all the walls and floors, and also the carpentry work on the new stairs and windowcills.

“Now it is all finished, I believe that if you’re undertaking a project of this sort it helps to have practical skills. Even if you don’t have the time to do much of the work yourself, you can learn. In our case this was vital as we had a strict budget of £200,000 and had no choice but to accept the cheapest quote for the build — even then we had an overrun of £10,000.

“I am convinced you get a better job if you supervise yourself, too — although we could not have afforded to have paid someone to supervise,” continues Bernard. “It means you get really immersed in the project and this way, you are constantly mindful of small improvements that help to ‘make’ the job.”

The result of the two-year build is a home that is flexible enough to accommodate future generations, providing all the benefits of open plan living and light-filled interiors — without compromising on the character and charm of the period cottage.

Sadly, Bernard’s father passed away aged 92, within a few months of the project’s completion. Nevertheless, he did have time to enjoy the luxury of his ground floor bedroom with direct access to the new patio.