Richard Baldwin was just 24 when he built his own home. He had a few years’ experience working in the building trade, but as his main focus was drylining, his role had not specifically prepared him for a self build.

Even so, Richard has built a stylish insulated concrete formwork (ICF) home which is so well insulated, that it is impressively cheap to run.

What’s more, he managed to complete the project on a remarkable budget of just £68,000 using his DIY skills — although the standard of finish in no way indicates how little it has cost.

Richard found his plot near Chesterfield on Rightmove. It was formed from the garden of the house next door and had been split in two.

Each plot came with outline planning permission for a traditional style brick-clad dormer bungalow. The plot cost £60,000 — a good price, but it used up much of the £92,000 mortgage Richard had secured from Birmingham Midshires, through Buildstore.

Although the plot had outline planning, Richard faced a series of complications when it came to designing the home and obtaining full planning permission.

Firstly, he discovered that the plot had a covenant on it to ensure the ridge height of the house was no higher than the neighbouring house belonging to the man who sold the site (even though the outline plans had a much higher ridge height). This had not been spotted by Richard’s solicitor, but fortunately by talking to the vendor they managed to get it removed.

Then the local authority told him that as the area was subject to historical shallow mining, and he’d probably have to install piled foundations at a cost that he hadn’t budgeted for. After spending £1,000 on trial holes to assess the problem, he realised that piling wasn’t necessary, but he did have to go two metres down on one elevation. 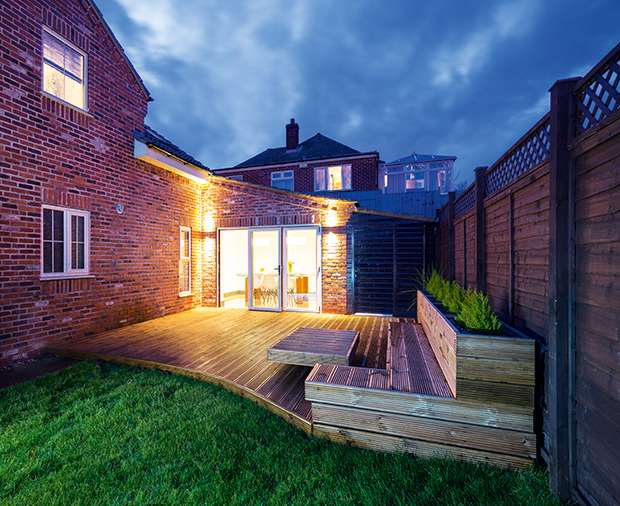 Richard opted for a traditional brick exterior with a modern and spacious interior. The open plan layout of the ground floor accommodates a large living room, kitchen and a dining room which opens onto a garden terrace. There is also a ground floor WC and a garage.

The first floor is accessed by a bespoke staircase which Richard removed the stud wall from after the building inspection to create a greater sense of space. The wall will be replaced if he sells on. Two bedrooms, a bathroom, and a master bedroom with en-suite, make up the upper floor.

Although everything that can be seen has been built or installed by Richard on a DIY basis, the interiors are modern and appear high-end. 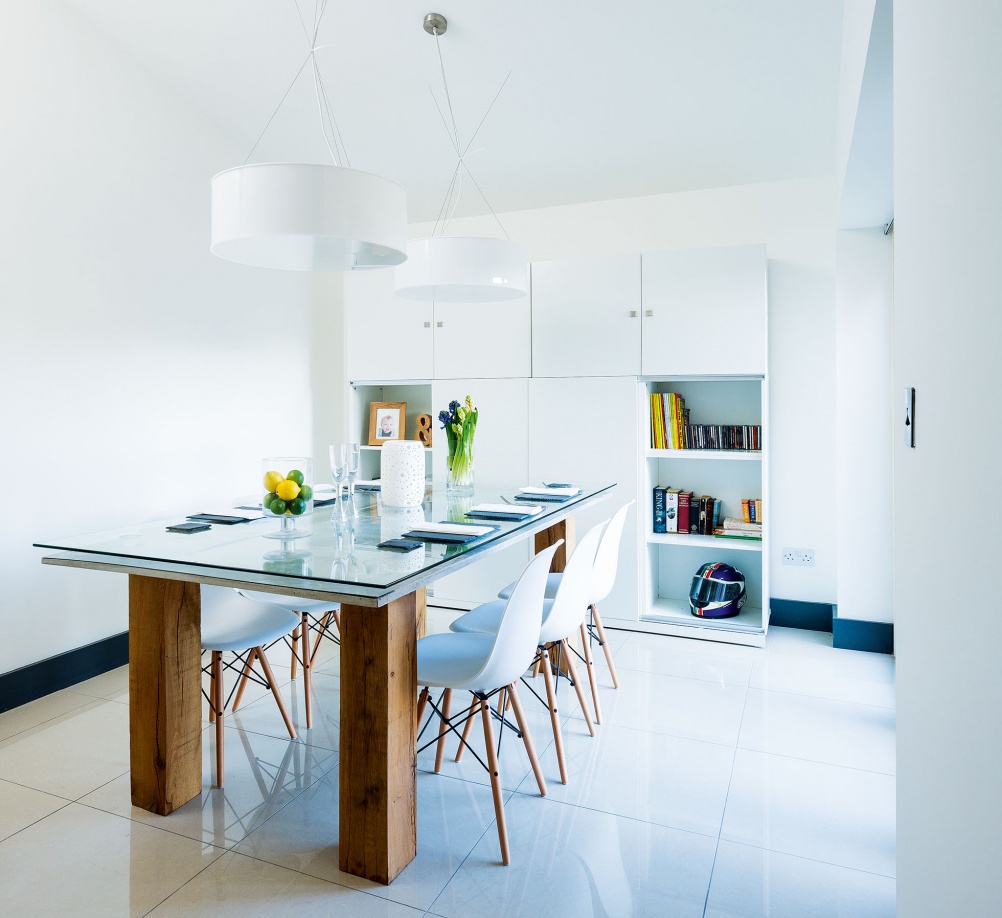 The blocks may be lightweight to carry, but ICF results in a super-sturdy, super-insulated wall structure with cast in-situ concrete walls sandwiched between two layers of expanded polystyrene (EPS) insulation.

They are ideally suited to DIY construction as they are simple to handle and – thanks to their interlocking design – easy to build. Some professional help is usually required once the concrete is poured, to ensure problems such as blowouts are avoided.

The ICF structure achieved an airtightness rating of 5, and a mechanical ventilation heat recovery system (MVHR) maximises comfort. There is also a three-zone underfloor heating system which runs at temperatures below 30°C and, run off a simple gas-powered combi, Richard’s bills are minimal.

After initial planning issues, the site threw one more surprise at Richard who had not factored in the 27 lorries it would take to clear excavated soil and rubble from the sloping site. This was a blow to his budget, but early drama aside, the rest of the build progressed smoothly.

Richard – assisted by a few friends in their spare time – took on all of the work, from the pouring of the concrete strip foundations to the building of the ICF walls external brickwork, fitting windows, internal carpentry (including some fabulous stairs), plumbing (including the underfloor heating), all joinery and the decoration.

In a little over 18 months, Richard’s budget home was complete.