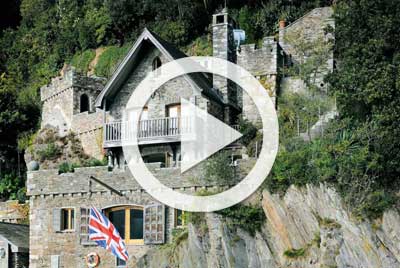 For well over a decade art dealer David Southwick and his wife, Annette, have been battling to build their remarkable, brand new castle-cum-boathouse on a cliff-edge above the River Dart.

Complicated engineering requirements dictated the design of the building, and battles with the geology, tides and planners have all played their part. Moreover, David never appointed an architect, instead preferring to collaborate with engineers.

Although not finished, the resulting house is an amazing example of the tenacity of the British self builder. In the Daily Telegraph Homebuilding & Renovating Awards 2013, our judges were so amazed by the project, they awarded it with the titles of Overall Winner and Best Traditional Home. 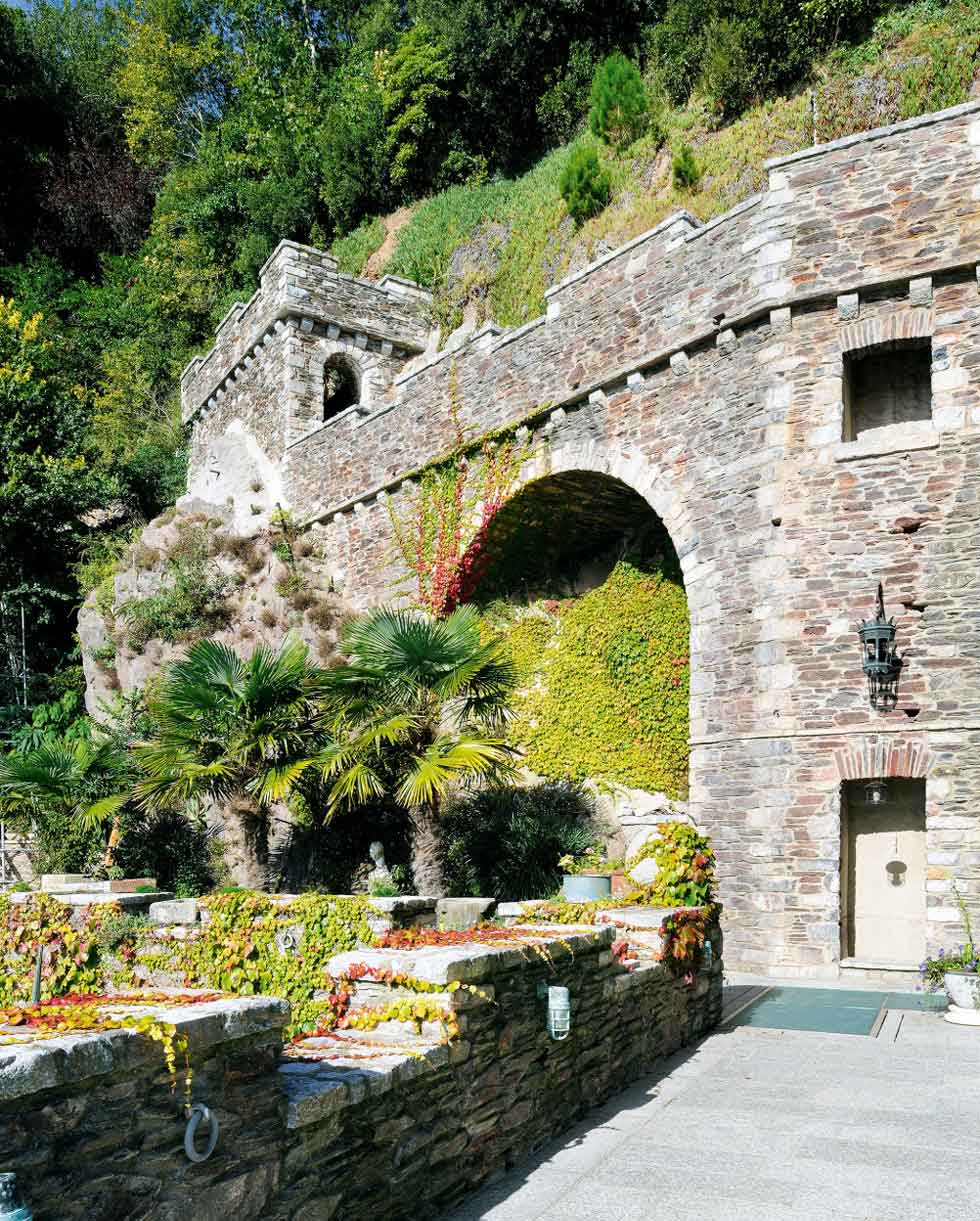 The plot effectively consisted of a run of vertiginous cliffs and a rocky beach/foreshore in Kingswear, Devon. David’s family had owned the site since the 1960s and there was a small home from this era nestled in between the cliffs and the shore.

The existing building had been battered by the elements and was beyond salvage. By the late 80s, David was starting to develop ideas for the site. 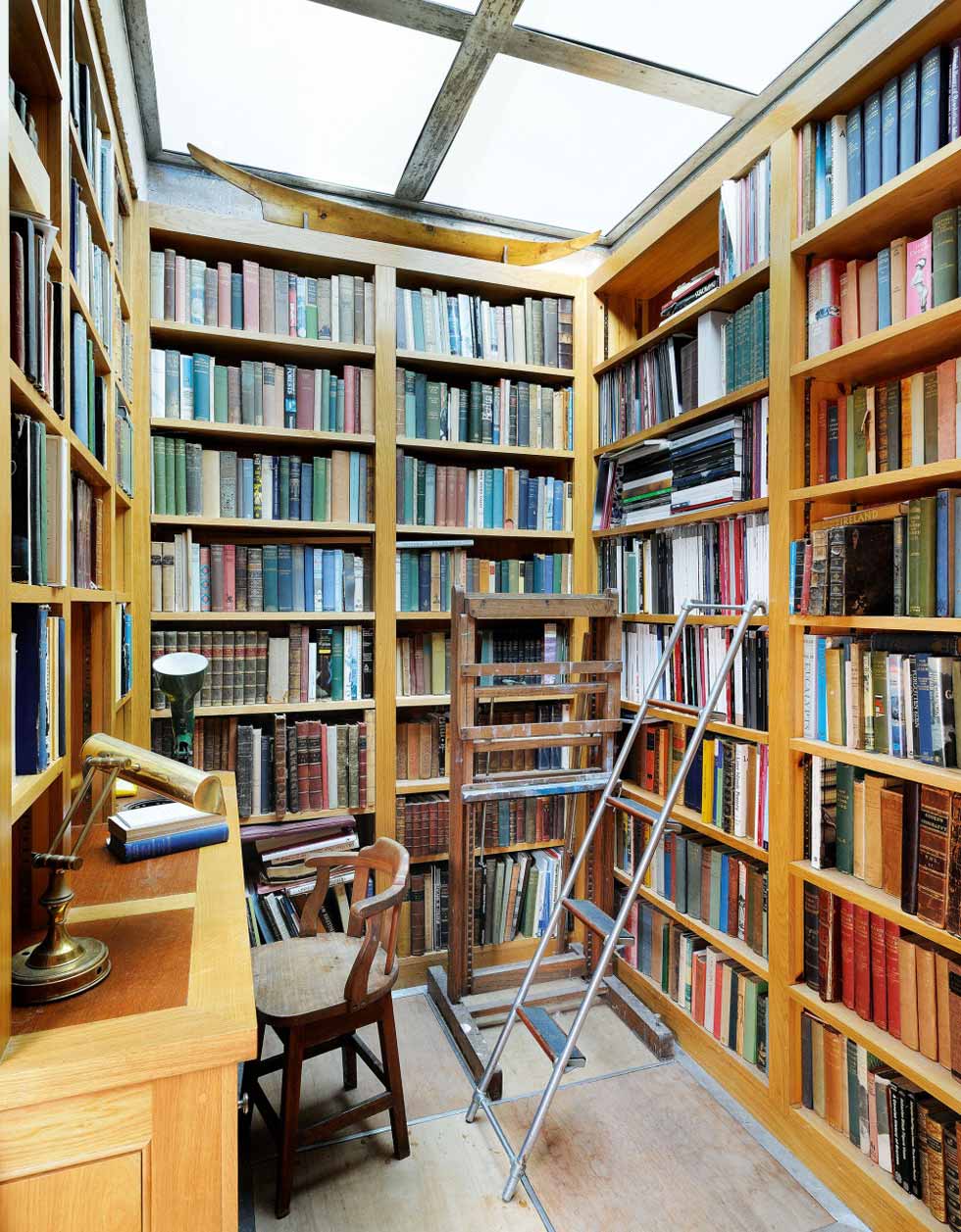 The house was largely self designed with David using a local architectural technologist (Drayton Design Studio) for key drawings. The house evolved around what was viable for the site and accepted by the planners.

David and Annette were keen to build a stone boathouse in the context of an old castle, so they wanted their new house to look like it had been there for years. 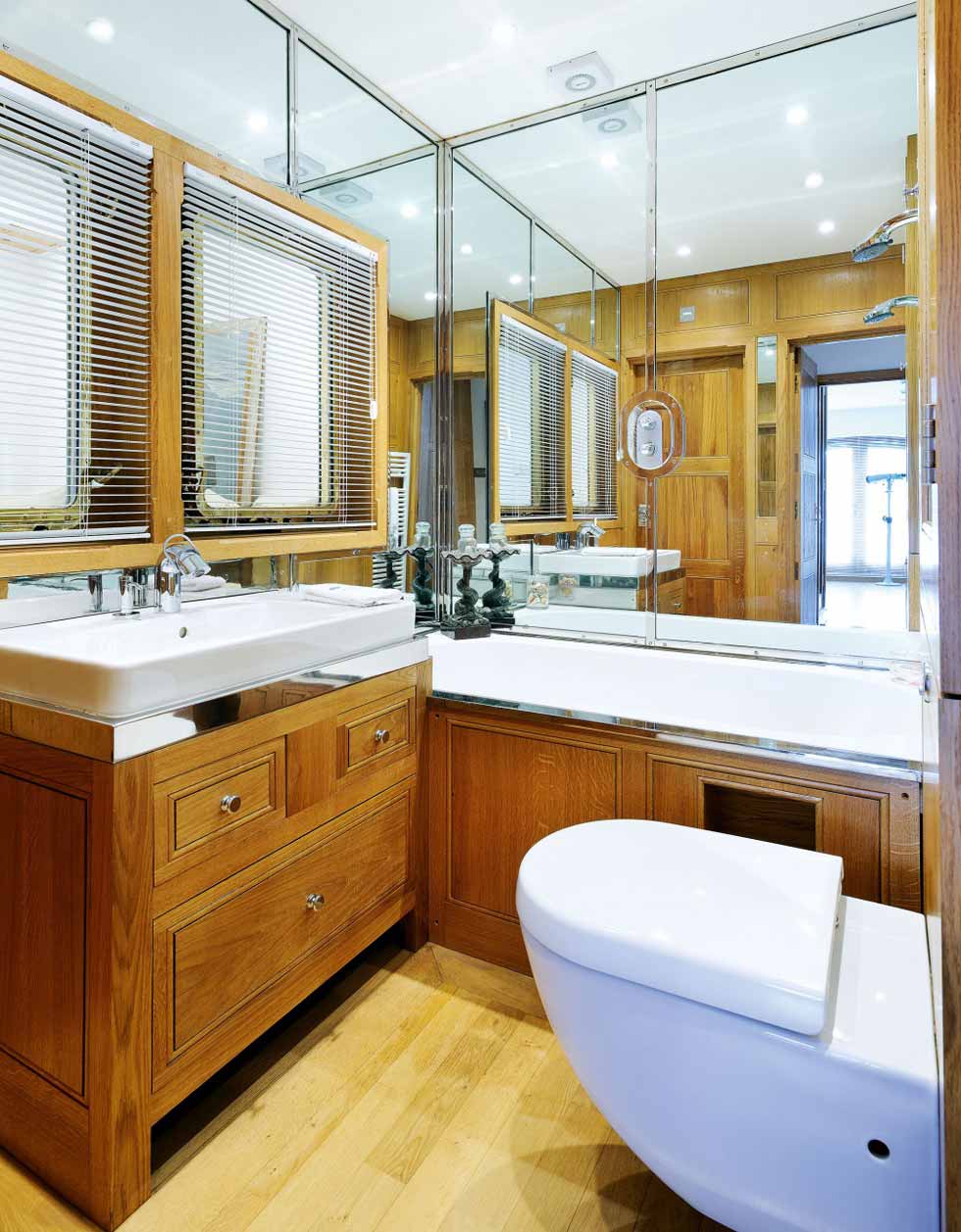 The Design and Interiors

Throughout the 14 year build, the design has been modified somewhat. Every problem the site has thrown up has altered the original design, but led to some stunning additions such as the walkway further up the cliff which acts as a terrace and a place for soil and vegetation to land rather than fall on the house.

Externally, high quality stonework – using stone sourced from the site – adds to the castle feel and complements the rock face. There is also untreated oak joinery making up the balcony and eaves.

The building is spread over four floors with a swimming pool on the lower ground floor. They have left the rock exposed in the pool room and added a glass floor to the living space above. The kitchen is on the ground floor as is a terrace from the living room which offers unrivalled views out to sea.

There are also a series of cosy snugs, a quirky library, two bedrooms and a large cinema room. The interior design takes inspiration from its coastal location with many fittings reclaimed from shipbreaking yards. 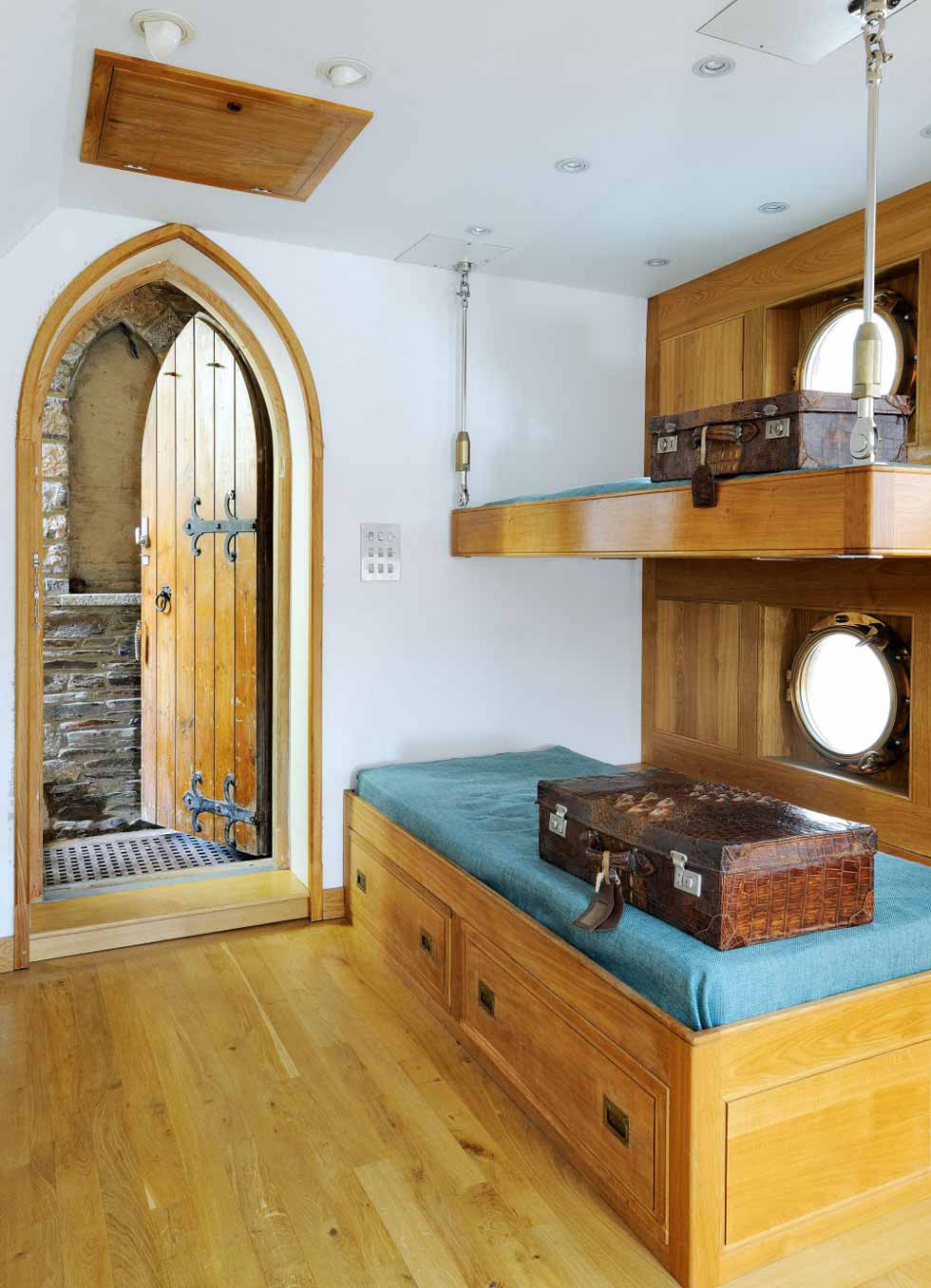 The first planing application was submitted in 1987. Since then, they have made applications for the adjustments that have arisen throughout the build.

Getting approval has not always been straightforward with local planners and Kingswear residents alike digging their heels in at many stages. 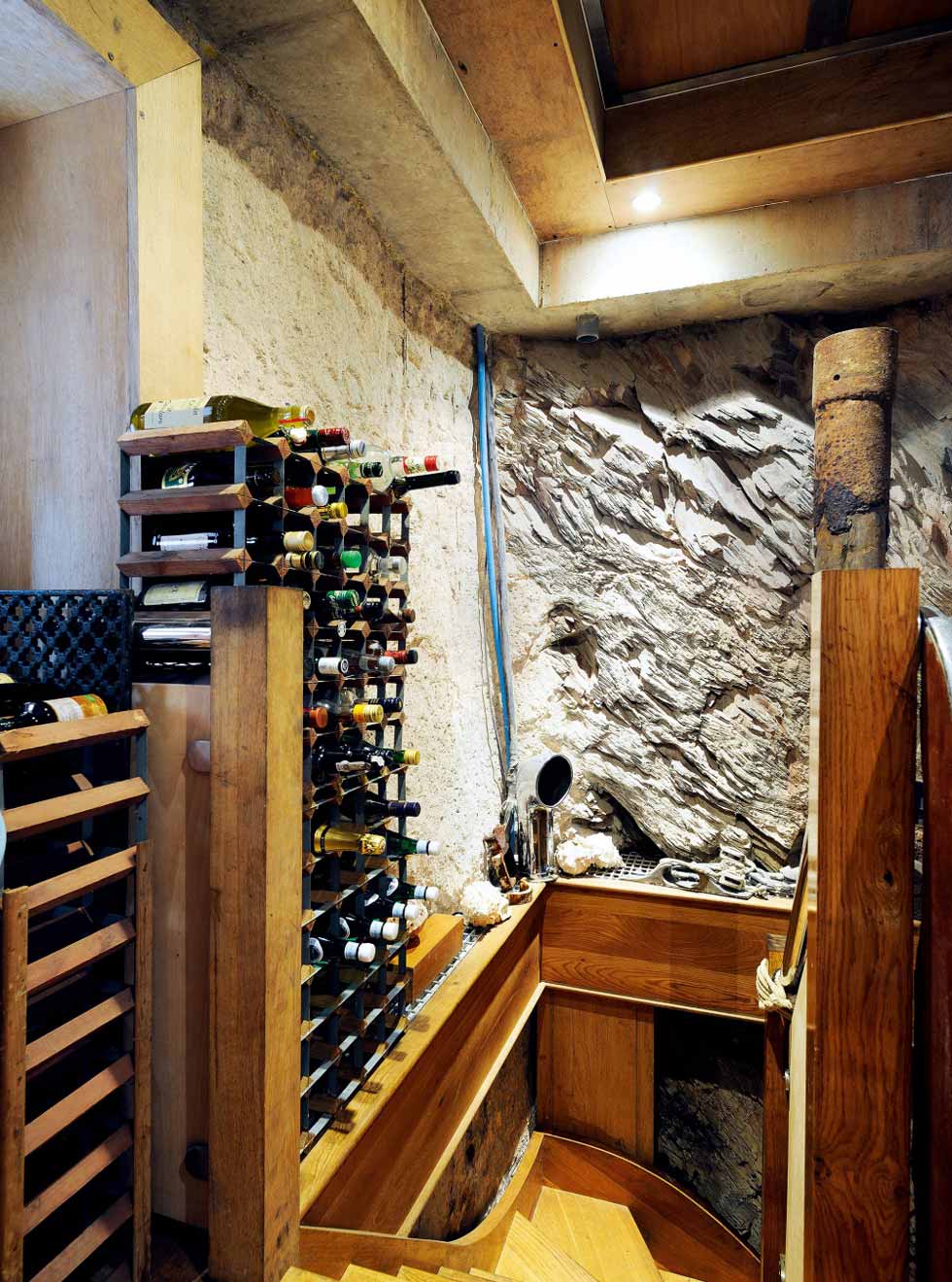 The Build and Engineering

Work started in 1999, but the couple did not move in till 2011. Prior to the actual construction of the house, the cliff had to be secured (using 12m long anchors and several retaining walls) and foundations built which involved excavating solid rock to 14.5m below ground.

Reaching the top of the site is not easy (having to negotiate narrow windy lanes along the way), but once you reach it, you have a 20m steep drop to the house to contend with. All materials had to be delivered by an elevator-cum-winch or directly to the house by boat. Hurdles such as this probably led to the quick turnover of subcontractors who would stay for a couple of months then become exhausted by scaling the cliff face everyday.

Work also had to be conducted in coordination with low tide. To give them extra time they built a 3m high ‘bunt’ around the main working areas. This would flood when the tide came in and they could then release it to give them another hour or so. They also had storage issues with plant and materials.

The John Grimes Partnership however, have been involved since 1995 as advisors and consultants. Their input has been multi-faceted — part structural, part geological, part geo-technical and part marine engineering. JGP were the force behind the complex foundations which are a mix of reinforced concrete, granite pillars and steel pins. Their commitment is apparent in the five years it took to plan and construct this alone.

Once groundworks and foundations were completed, the house itself was built using Thermalite blocks, insulation and stone facing. David recruited a talented stonemason, Chris Jackson, whose input has been invaluable as he used the quarried stone in the construction, thus saving money and avoiding delivery problems. 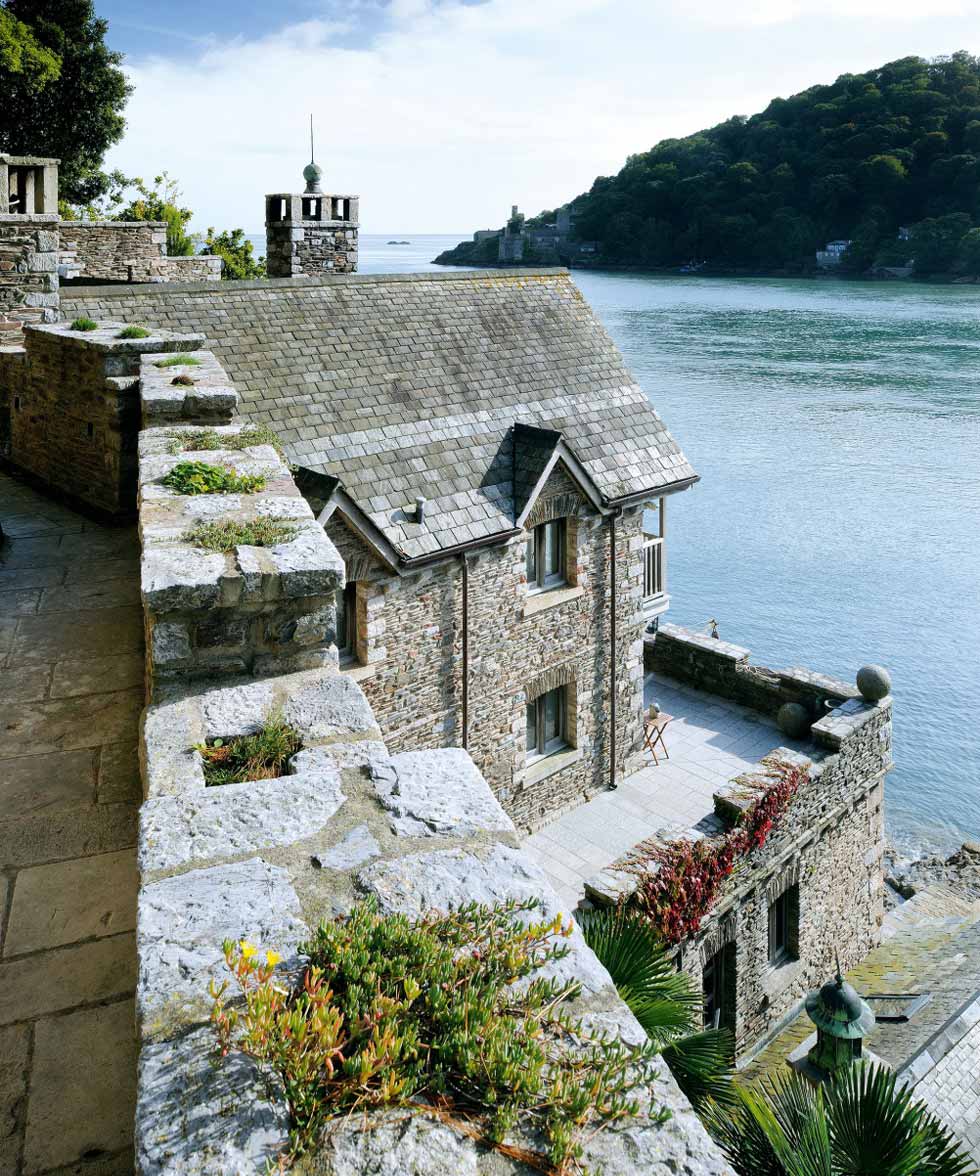 David’s still trying to sort out the main visitor access and plans to install a lift at some point (John Grimes believes widening the path and having an enclosed buggy might be a better option). He is also in the process of building a sea wall/harbour.

Even with so much left to do, one thing is for sure — this project is truly unforgetable.

The Build in Pictures

(Left) The Original 1960s dwelling with boathouse; (Center) Demolition and excavation work begins; (Right) Beginning to achieve a level on the site;