High school teacher Dan, and his graphic designer wife, Monika, have built a three-bedroom family home in an area where the planning permission odds were stacked against them. With the help of a well-equipped family, and by taking on most of the work themselves, their oak frame home went up quickly and for a low budget.

The couple were living and working in London, and when they decided to move to Herefordshire, they were disappointed by the high house prices in Dan’s homeland. However, their new home is not just good value-for-money, but because they invested time in their product research, they were able to find the best quality fixtures online.

Dan’s uncle had purchased the ‘backland’ plot at auction a few years before. Having been split into two, the part of the site he owned benefitted from approval for a small bungalow, but the other half was still retained by the previous owner. Dan bought this half too for £9,000. The site sits in the beautiful medieval village of Pembridge in Herefordshire. Dan was born just a few miles away and after marrying Monika, they wanted to return to Herefordshire. However, with house prices being so high, they knew that self build would give them their best chance to create a high-quality forever home on a budget. 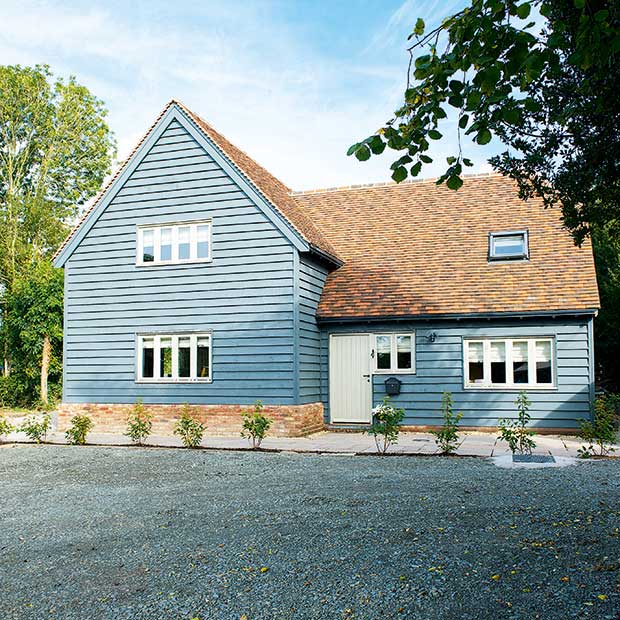 Original planning for the plot had been secured by a previous owner in the late 1990s under mysterious circumstances relating to an old disused barn that had burnt down. Planning approval for the larger site and for the home they wanted, was not going to be easy to gain however, as it had protected status.To make matters more complicated, the site is surrounded by listed buildings, adjacent to a village green, in a Conservation Area, and had restricted main access. Fortunately, Dan’s uncle had managed to secure planning permission for a Border Oak barn-style design, which was very similar to Dan and Monika’s dream layout. 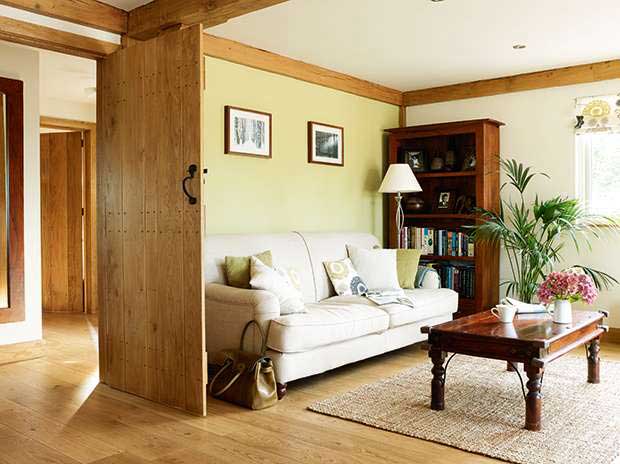 Wanting to do as much work as possible themselves, Dan and Monika worked with Border Oak to adjust the approved design and come up with a package home concept which would get the building to weathertight ‘shell’ stage. Dan would then be able to finish the home himself so the design needed to be DIY friendly. They also wanted their home to be well suited to family living, and adapt to the changing needs of their household into the future. 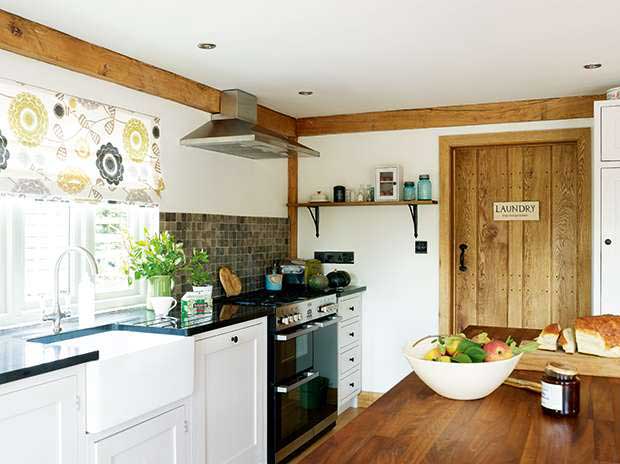 The open plan kitchen and living area is at the core of the house with adjoining functional spaces, such as a second sitting room/study and utility room, hidden away

The final design is a three-bedroom, barn style home which is light and modern but fits in well with its country setting. The internal structure is oak frame, with stressed skin softwood outer panels and weatherboard cladding which was painted by Dan’s sister. Inside is a large open plan kitchen, diner and living room, with kitchen units which were made by Dan’s cousin. This open plan living space has a wall of glass and doors overlooking the garden, which brings in plenty of natural light. There is also a sitting room/study in place of the proposed garage (which they adapted with the approval of a visiting planning officer during the build) and lots of downstairs storage space. Upstairs, there is a master bedroom, bedrooms for their two girls, and a family bathroom. 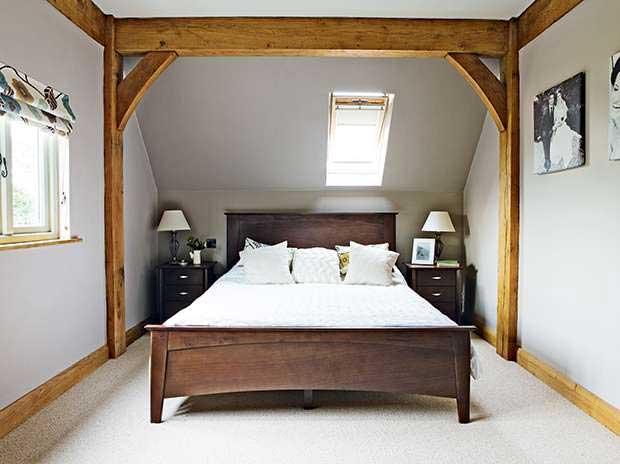 While they waited to sell their London flat, Dan and Monika spent time researching build methods and looking for materials, interior ideas and self build mortgages. When they sold up and moved back to Herefordshire, the couple rented a small house in a neighbouring village from Dan’s father’s cousin. This allowed them to be near the site. The project was a very busy and exciting time for the couple who both started new jobs, and were expecting their first child. However, it ran relatively smoothly, with the package oak frame going up quickly, allowing Dan to get stuck in. He fitted the insulation and interiors, and cladded the exterior, with the help of a small team of subcontractors. Working through the awful weather of winter of 2012, they worked tirelessly to get the home weathertight before the wind and rain got even worse. This involved Dan working on weekends, evenings and during half terms to get the house finished, whilst Monika project managed. The home was kept within budget thanks to Dan’s DIY, which saved them thousands, but they also received a lot of help from family and friends. Dan’s cousins had self built similar homes so they could go to them for advice. Another cousin undertook the Building Regulations drawings and Dan’s dad helped him on site. Meanwhile, Monika shopped online to ensure they got the best quality fittings for the lowest prices. Shortly before their daughter Mia was born, they moved in to their new home, and not long after, their second daughter Ellen came along. They now thoroughly enjoy life in their family home, knowing they have built a great value and highly sustainable home. 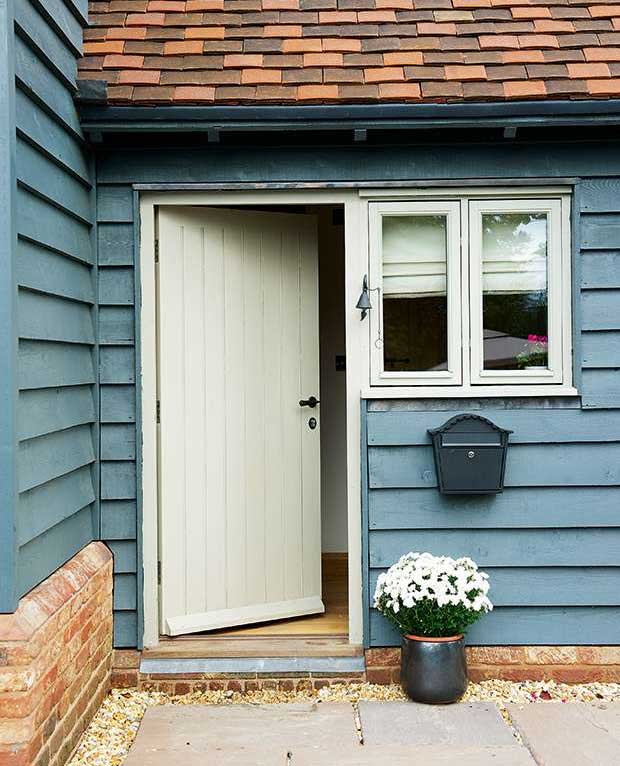