A Self Built Treehouse | Homebuilding & Renovating Skip to content When Donald and Susie Hutchison uncovered an idyllic orchard plot hidden beneath undergrowth in their garden, they knew that an adult-sized treehouse would suit it perfectly. Many children dream about owning a treehouse but few adults have the vision to create their own beautifully crafted full-sized version.

The gem of a plot, overgrown with laurel hedging, was tucked away in the grounds of their 17th century home in the Scottish Highlands. Overlooking a stream, the secluded plot was originally planted as an orchard and is edged by a variety of mature trees.

Donald and Susie decided that such a pretty setting deserved an equally striking building, and felt that elevating the property on stiltlike columns would make the most of the views whilst creating the feeling of being up in the trees. Whilst they originally considered building a treehouse for their grandchildren, in the end they decided a secluded adult treehouse was a better idea.

The couple visited Norwegian timber expert Sven Skatum of Nor-Build, to get some advice on the type of wood they would require for the project. This turned out to be a valuable meeting, as Sven introduced them to both their eco architect, Robin Baker – who now runs his own practice, but was then with Gaia Architects – who helped design the house, and also their builder, Angus Reid-Evans of Spey Building and Joinery, who undertook the entire project with a perfectionist’s attention to detail.

Donald and Susie wanted the treehouse’s unique octagonal design to echo their eight-sided walled garden, with arched timber windows copied from the main house. The most striking feature of the house however is the full-sized oak tree it has been constructed around, which acts as a main structural support. One of the three main branches had to be removed and the bark has been stripped however it still appears to be growing up through the centre of the house.

As the tree dries out it will naturally shrink, so the stair treads have been attached to the outer framework, with a moveable peg inserted into the tree, which is designed to accommodate the movement.

The couple consulted an interior designer to specify finishes that would complement the tree, so walls are decorated in simple pale tones to emphasise the rich honey colour of the oak — a material which features throughout, and was all meticulously oiled by Susie.

Quality furnishings and luxury fabrics complete the effect, whilst the bed has a heavy handmade oak headboard designed to fit the unusual shape of the bedroom.

A system of concrete-filled pipework stilts support the lightweight timber frame structure, which is built largely of Highland oak. The felled oak tree at the centre acts as the main structural support, meeting the roof timbers at its highest point. Wood Wool boards (strands of wood bound together with minerals) clad the frame, and are rendered in three coats of breathable lime render; a large quantity of Warmcel recycled newspaper insulates the structure. The whole treehouse has been completed using local, environmentally friendly products and produced less than one skip of waste materials. 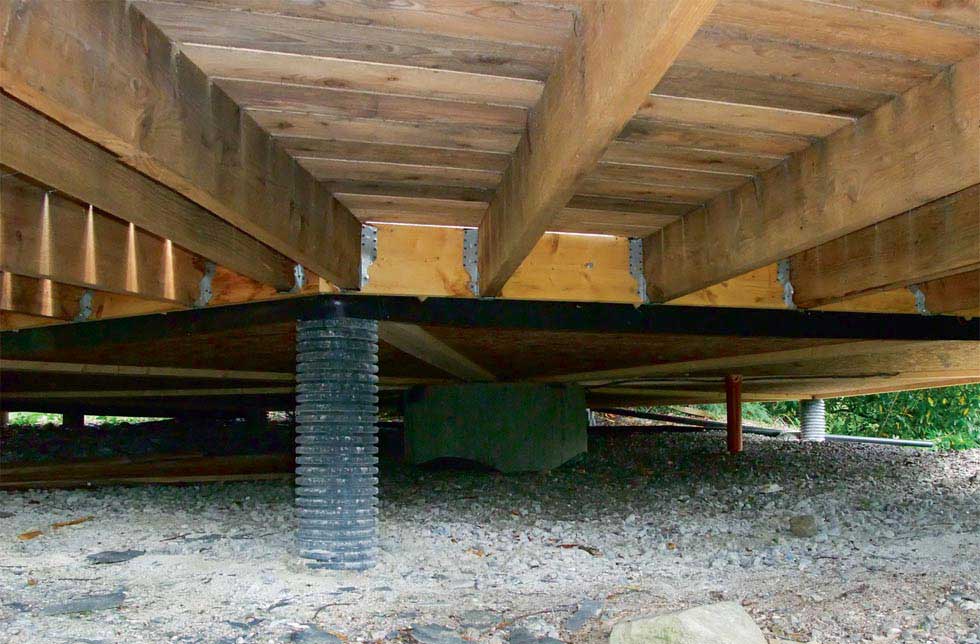 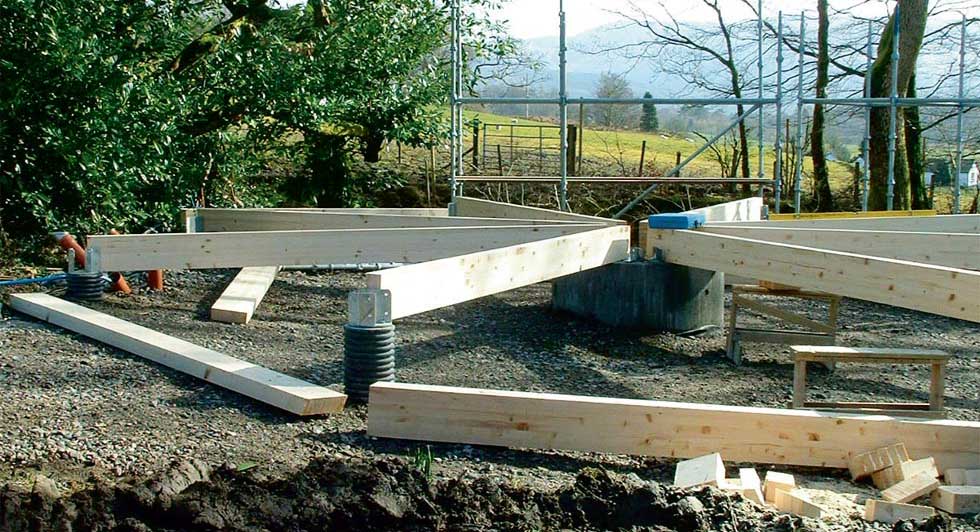 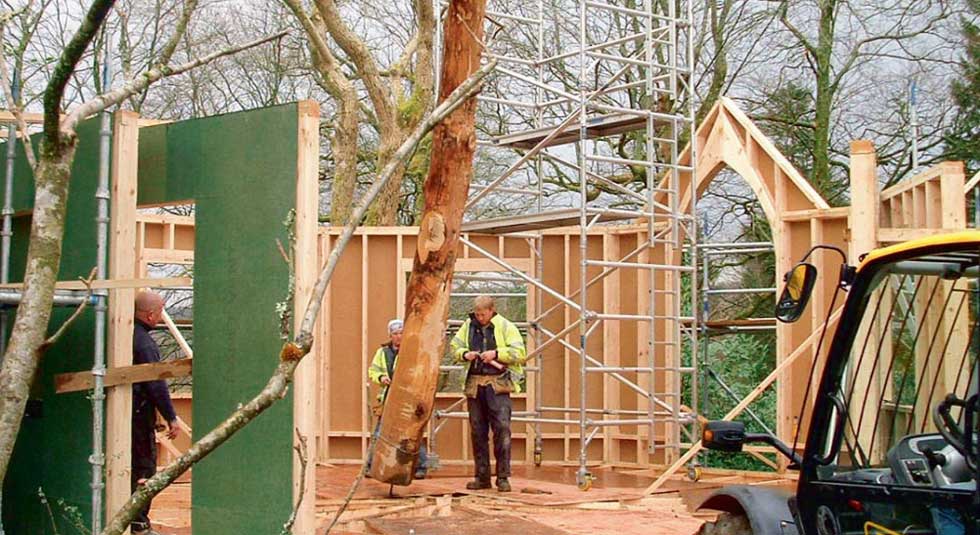 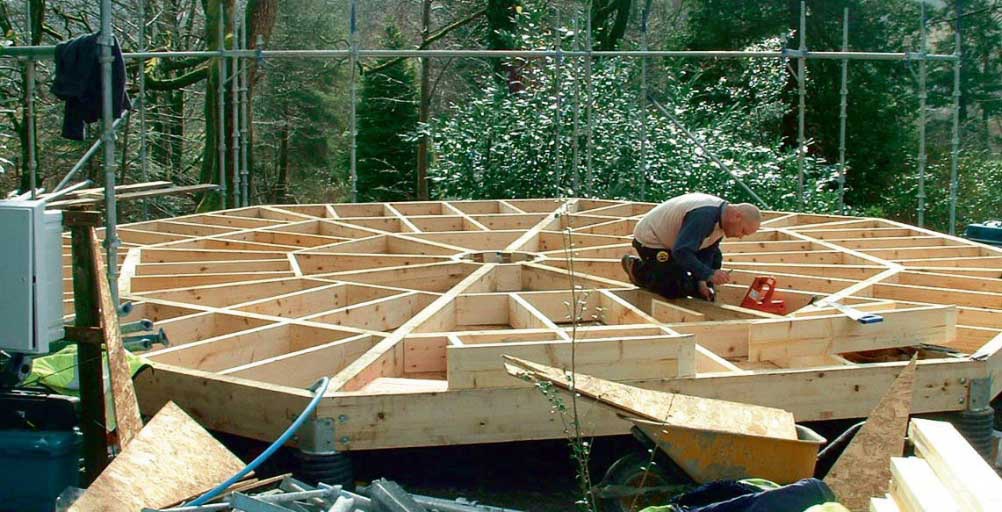 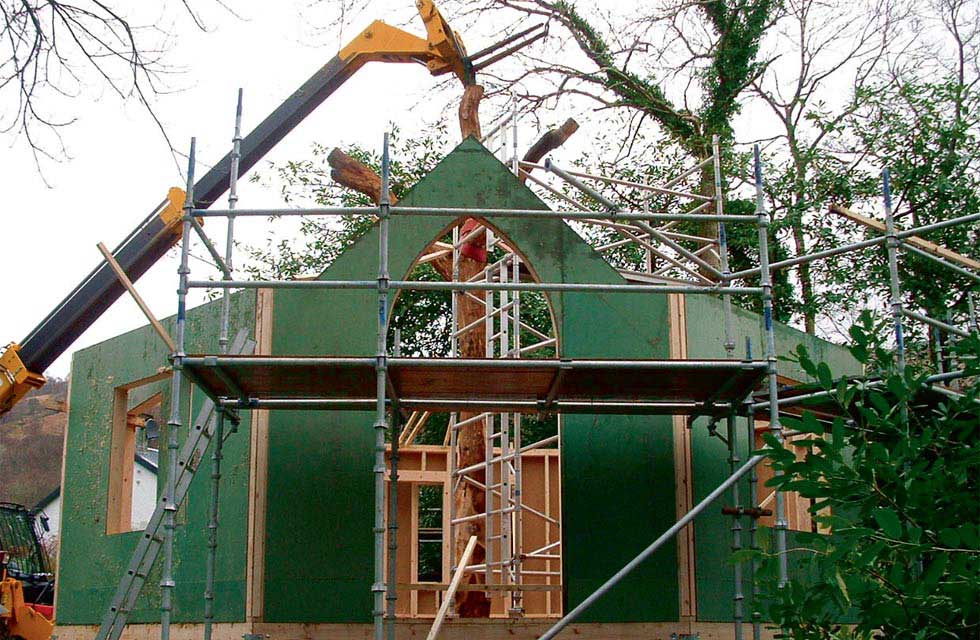 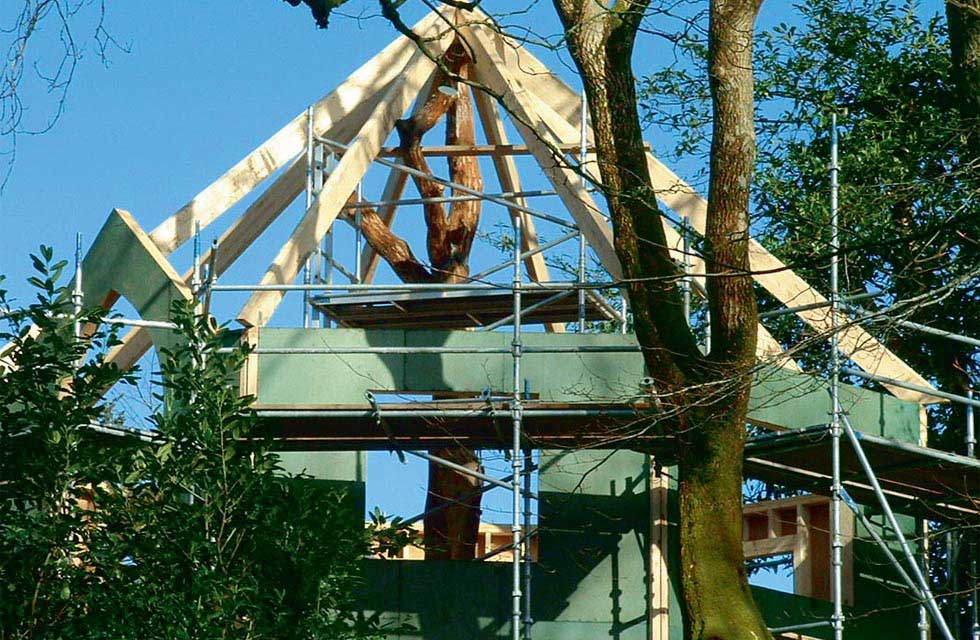 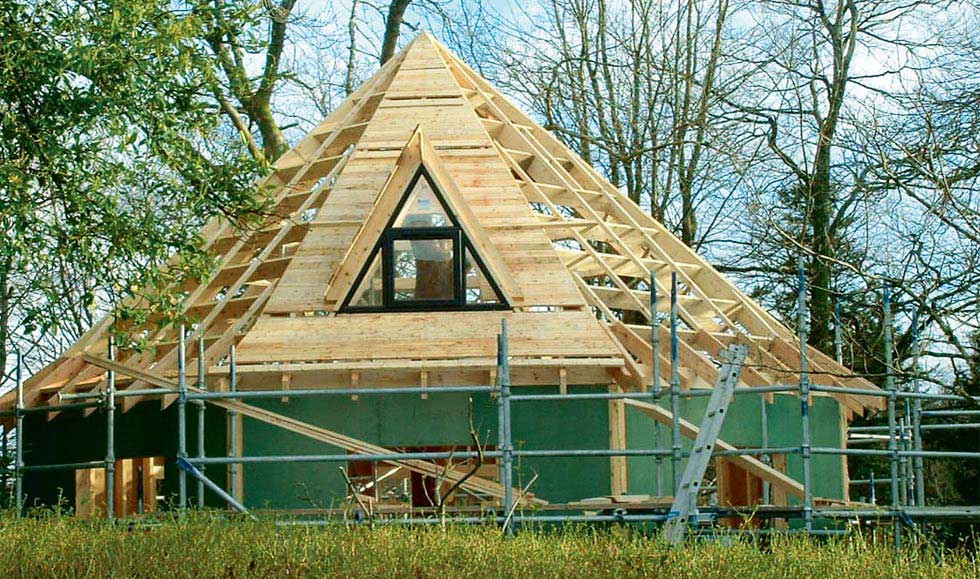 The Treehouse is available for self-catering stays, call 01631 730342 or visit kinlochlaich-house.co.uk for further details.