A Self Build in the Valleys | Homebuilding & Renovating Skip to content For their first self build Gordon and Annie Campbell placed their faith in oak frame and timber cladding — the result is utterly charming.

Many self builders fall into it by happy accident and Gordon and Annie are no exception. They started out looking at properties to restore and ‘do up’ and the plot that they ended up building a new house on wasn’t even a plot at first.

Gordon explains: “Annie grew up in the area and we both thought it would be a beautiful place to live having both recently retired. We were in fact looking at the farmhouse next door with a view to taking it on as a restoration project, when we noticed that it also had a barn which wasn’t even mentioned as part of the particulars. Well, it was truly spectacular — or should I say, the view was!” 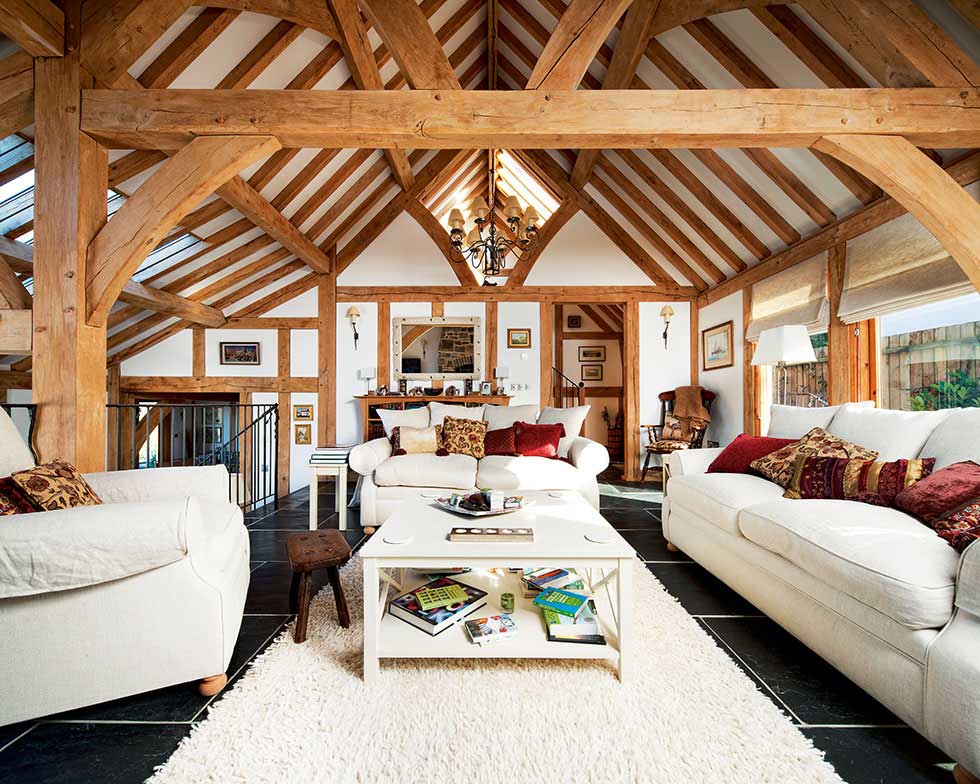 The barn was in a very bad way but had permission to be converted into a new home, and its amazing view – a private show through the mid-Wales valleys to mountain tops in the distance – was enough to convince Gordon and Annie that this could be the home they were after. They had never converted a barn before

but, not a couple to shy away from a challenge, they bought it and managed to get permission to instead replace it with a new home.

“We’d done some initial investigations into oak frame companies when we were considering what to do with the old barn,” explains Annie. “We had a local friend who was a carpenter and he pointed us in the direction of Welsh Oak Frame. We contacted them and left it to their in-house designer, John Edmonds. The only brief we gave was that we wanted it to be open, with lots of glass and wood.”

Situated in a gathering of three dwellings at the end of a narrow and arduous private lane in one of the most remote parts of beautiful mid-Wales, it wouldn’t have taken the experienced hand too long to realise that this would be a building project for the brave hearted. “Access proved to be a major issue,” confirms Gordon with a smile. “As did the weather. I vividly remember one day it was raining heavily, we had at least a dozen vans on site – some of which couldn’t move for the mud – and we began to wonder quite what we had gotten ourselves into.” 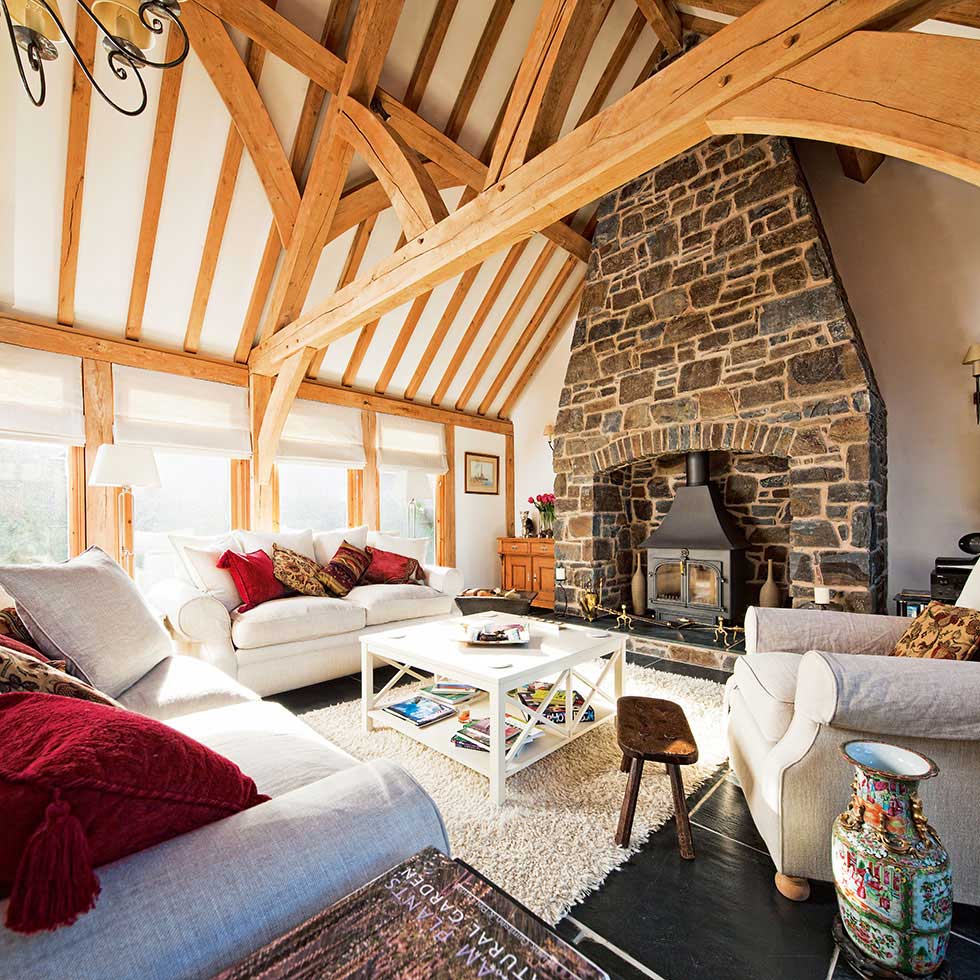 Gordon and Annie had moved in locally with friends for the duration of the project. They left the project management of the frame and the build to weathertight stage to Welsh Oak Frame, with a view to then taking over themselves once the structure was up. “We have carried out a few extension and renovation projects and, once the structure is complete, in truth it’s not exactly rocket science,” says Gordon.

For saying this is a project that almost certainly wouldn’t have been taken on by a more experienced and cautious developer or self builder, the Campbells have demonstrated that all important advantage of innocence. They had a vision to build a fabulous home around an astonishing view in a beautiful setting — come what may. “Everything is exactly how we want it and I can honestly say we wouldn’t change a thing,” says Annie. A cavalier spirit pays off, indeed.