When leading self-build architect Roderick James and wife Amanda Markham set about designing a guest house – which would also serve as a prototype for ‘expandable’ living – the results were always going to be pretty special.

Tigh na Mara (Gaelic for ‘house by the sea’) was designed and built by Roderick James and his wife, Amanda Markham, in 1996 to take full advantage of the fantastic views from their seven-acre site on the west coast of Scotland, which looks out across the Sound to the Isle of Mull.

Their home is square in plan, with a pyramid roof, and was built with a masonry ground floor, banked with earth, and a green oak frame on the first floor. Later, the need for additional office space and guest accommodation led the couple to build a second house in the woods behind, with a first floor studio space where Amanda and Roderick now work (Below). 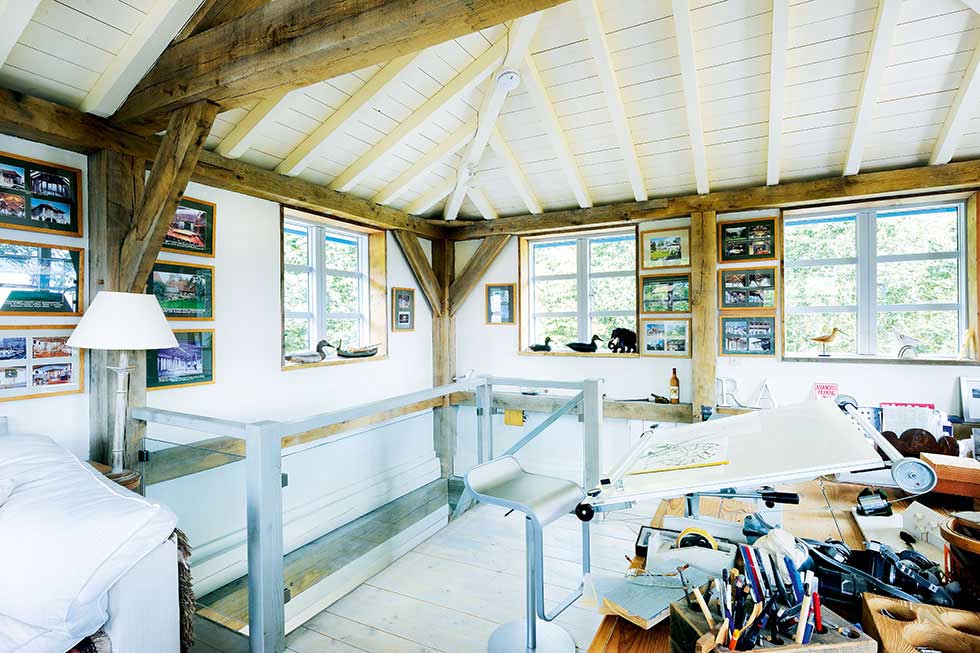 Despite its square floorplan, the oak frame guest house is markedly different from the couple’s home, and was conceived as a prototype for an expandable house, which could be adapted at ease when required. A central two storey starter core of accommodation measures five metres by six metres, and other ground floor rooms radiate off in wings from this core. Corner verandas provide sheltered outdoor seating areas below the overhanging eaves of the lower slate roof, but could be fully enclosed in future to create additional rooms if required.

“The planning process was very straightforward, and the guest house took just six months to build,” says Roderick, who chose to employ local craftspeople throughout. The oak frame drawings were produced by Roderick’s former company, Carpenter Oak, but he employed local builder Angus Macdonald to complete the build.

The success of the house can largely be attributed to the simple rustic finishes and idiosyncratic features, which are so often absent in brand new homes. “People cannot believe that it’s only been here for a year because it feels completely lived in,” says Roderick.

A bookcase in the guest bedroom is in fact a secret door, which opens into an adjoining children’s bedroom and has proved extremely popular with visitors of all ages. “You have to press down on the New English Bible to open the door,” laughs Roderick, who carefully sawed and glued the books to create an artless display.

Internally, the guest house walls have been finished in a brush-finish plaster, which creates interesting textures when the wall lights are lit at night. “I try to avoid the stereotypical square room with square corners, where everything is smooth and flat and sharp,” Roderick explains. “Light, space and texture are key things for me, and I believe in putting more fun and informality back into houses.” 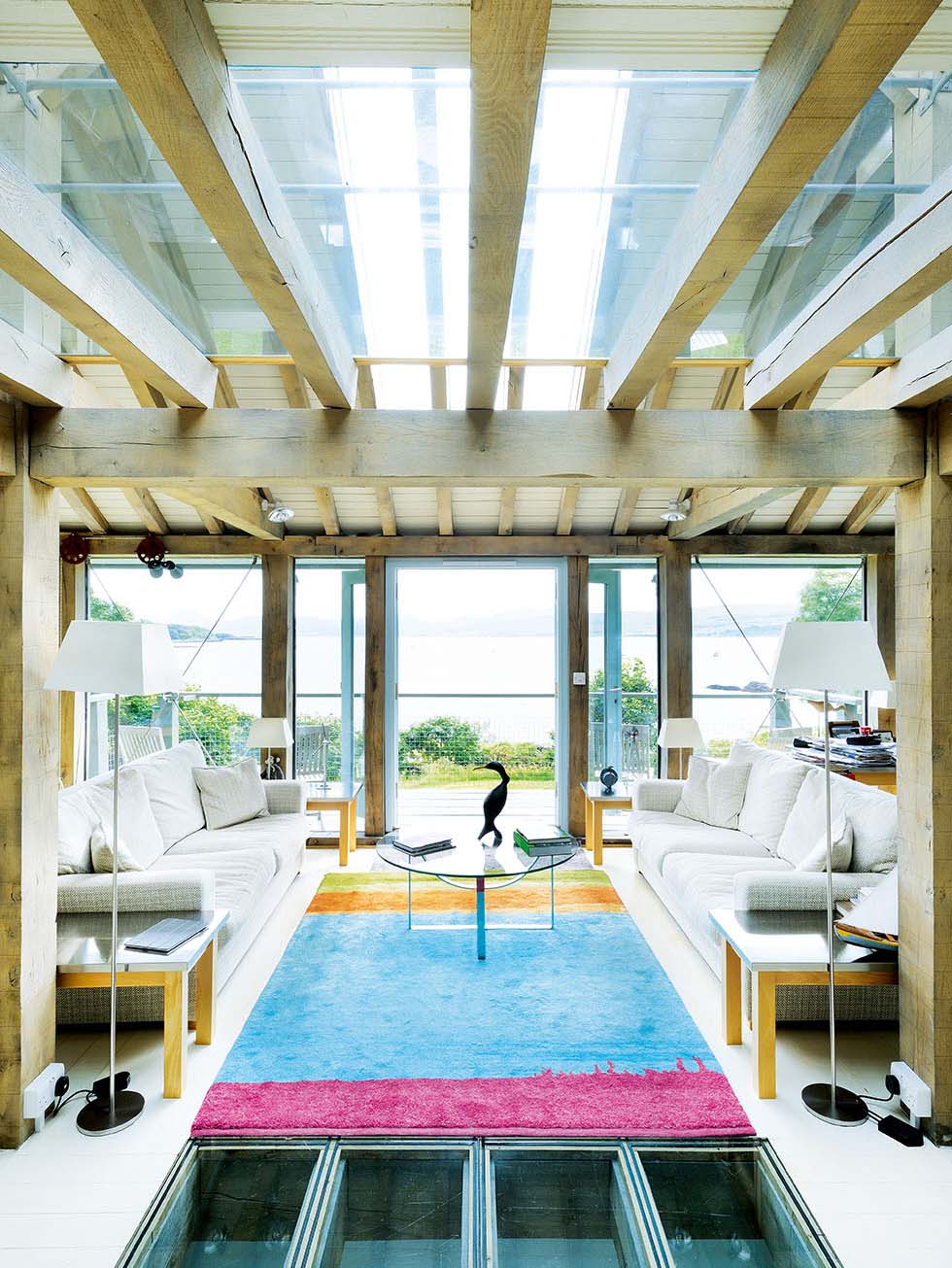 The overall impression is of an informal, comfortable home, which is enhanced by its peaceful waterside setting. “We tend to do everything by boat and don’t use the car here,” says Roderick. “Building in such a remote location definitely adds expense – perhaps as much as 20% to the overall cost – although the firms here are geared up for it,” he believes. “There’s always a price to pay for living beside the water, but we really can’t imagine being anywhere else.”