A Baronial-style Self Build | Homebuilding & Renovating Skip to content Winner of Best Traditional-style Home in the 2009 Homebuilding & Renovating Awards, John and Sarah Cullen have built an astonishing new Baronial-style country home in the Highlands complete with turrets, gables, a grand entrance hall, games room, drawing room and many bedrooms.

“Everyone said we would end up hating the builder and have an endless list of snags,” says John as he welcomes H&R into his and wife Sarah’s home in the Highlands. “I’m relieved to say there were no such things. The whole project has been a real joy, and of course we’re delighted with the end result.”

John and Sarah’s home surprises visitors on many levels – more of which later – but its two most impressive facts are that despite it looking as sturdy and established as any of the other grand sporting estate houses in this lush part of Scotland, it’s not only brand new but also built out of timber frame.

The couple were living in the old stables/cottage on another part of the estate and had always hoped to do something with the main house. After the original house was destroyed by fire, and the ill-conceived replacement demolished in 1976, all that stood on the site was a historic Baronial tower, part of the original house.

Having decided that enough was enough, John and Sarah took to the internet and came across Ian Scott Watson, responsible for hundreds of new houses in Scotland through his company Border Design Centre.

“The brief was very simple,” says John. “We wanted a new home on the site that would make the most of the wonderful views, would augment rather than detract from the estate, and, perhaps most of all, draw on the existing tower for inspiration.” Planners were minded to allow a sympathetic and traditional-style new house, owing to the long-standing inhabitation of the site and the fact that a house had stood there relatively recently. There is evidence of buildings in other parts of the estate that date back 900 years.

Ian’s design was for a grand family home that is based on the Scottish Baronial style. This was helped markedly by the relative lack of depth of the available rectangular space when seen from the front, meaning a steep pitched roof would be required (happily, a key feature of this style of house design).

“Ian’s scheme managed to include everything we wanted and was, we felt, a house befitting the site,” says Sarah. “There was some element of collaboration, particularly in the internal layouts, but we employed Ian because we knew he’d do a great job, and we wanted to leave him as much free rein as possible.”

“The Baronial style does not sit well with vast areas of glazing, but there are 96 judiciously placed individual windows,” continues Ian, “and so, conscious of the high external wall to floor area ratio (befitting the grandeur of the Baronial style) it quickly became clear that a highly insulated timber frame structure (from Fleming Homes) would be appropriate.” The blockwork has been finished in a traditional harling, consisting of a sand and cement render which achieved its rough finish through tortuous application — namely by getting a group of the more patient men on site to literally throw the stuff onto the walls.

Sarah threw herself fully into designing the interiors. Family pieces help to give the new house a feeling of instant age, but Sarah has excelled in coming across glorious reclaimed pieces at local salvage yards that complete the look. A set of charming double hinged doors set off the entrance hall, while a range of furniture, fire surrounds and occasional pieces make the interiors feel firmly established — in a house aiming for instant tradition it’s all too easy to end up with a disappointing plastic feel.

The resulting house is a spectacular piece of new residential design that falls little short of its grand ambitions. Most of all, it works both as a grand country house but also as a stylish working family home that provides flexible living (there’s even a lift installed for elderly relatives or, as Sarah laughs, “for me in 60 years!”). “We’re delighted,” says John. 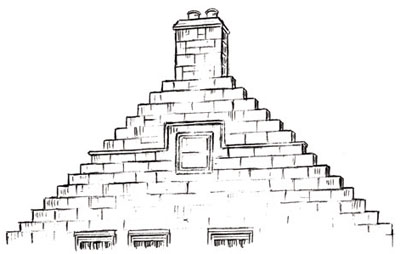 Baronial style was essentially a slightly romantic offshoot of Victorian architecture, characterised by Mediaeval motifs such as turrets, crow-stepped strong gables and gatehouses. Scottish Baronial is specific to the region and mixes the Gothic revival Victorian architecture from the south with Scottish castle design. Perhaps the best known example of the form is Balmoral Castle, built in the 1850s, but it was in fact the influential writer Sir Walter Scott who contributed most to the cause with his self-built Abbotsford House, completed in 1819.