To Buy One Building Plot, or Two? | Homebuilding & Renovating Skip to content

In last month’s blog, I explained how we liaised with local estate agent Glen Webb, and spent two days searching for a plot to build our fourteenth self build, after my wife Linda and I decided to move back to the Forest of Dean from Kent. We finally found a parcel of land which we liked. 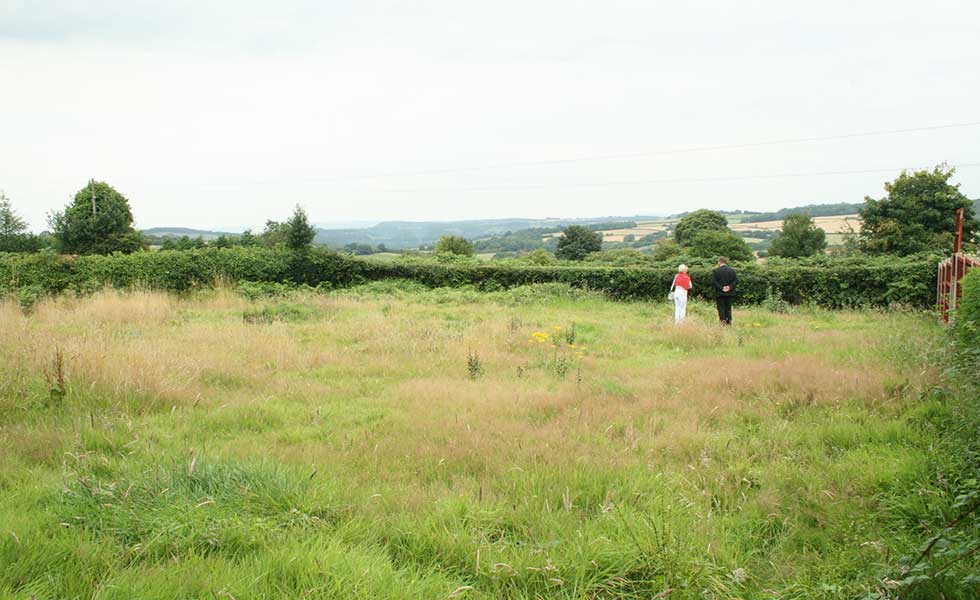 Straight after Glen had shown Linda and I this particular plot on Friday, we drove to meet designer Kevin Cooper who’d drawn up the plans and handled the planning application for the plot. We knew him as he’d drawn up our last three self builds and was happy to give us the particulars for this plot.

I couldn’t help but feel a trifle smug: it had taken us just two days to find our latest plot, putting the lie to my boast that, once I put my mind to it, I’ll find a plot in a fortnight. I had to remember that the plot wasn’t ours yet though — we hadn’t even set foot on the land. We’d yet to make an offer, let alone have it accepted. And so it was with a sense of relief that Glen called the following morning, advising us that the owner would be pleased to see us on the plot on Monday.

The plot in question was one of two, and Glen had already told us that the plots would be sold together for £210,000. He had mentioned that the vendor might accept separate offers for each plot. There were problems with this, however.

Firstly, it would mean the plots staying in the public eye for longer, allowing builders and others the opportunity to jump in over us. Secondly, an intrusive mining survey had been attached as a condition of the planning permission — neither property could be built independently without it.

Making Enquiries About the Plot

I phoned the surveyor who’d originally carried out the non-intrusive mining survey for the planning consent to find out more, and the cost of the intrusive survey required. He quoted £1,350 plus VAT.

I obviously wasn’t going to commission that until or unless we got the plot. “Do I have anything to worry about here?” I asked. “Not really. I don’t think so,” he replied.

On Monday we drove to the plot and were met by Glen and the vendor, Les Day. He ushered us through his garden and through a raised fence panel on the boundary with his home and then on to the plot.

It was fabulous — better than anything we’d hoped for or expected. The land was clear, apart from an old stone pigsty. To the rear there was just the forest with a gate providing access. To the front the views looked over rolling countryside to the Malvern Hills.

Could we buy both plots and then sell off one to take it off the market? We’d have to dip into the piggy bank but it seemed the sensible thing to do. Linda agreed. “We’d like to buy both plots for your asking price of £210,000,” I said, and Les merely extended his hand and shook mine.

“Well, we’d better go back to the office and sort out the necessary paperwork,” Glen said and, once we’d said goodbye to Les, we followed him back to his office.

Next month: David enters into the legal proceedings of buying the two plots