Following the successful hempcreting the plan was to cover the roof and allow the hempcrete to dry.

Sourcing the materials has not been an easy task particularly given that many cannot be bought locally. I first considered if a material was the right one for the job and then looked into costs, delivery options, stock levels and lead times. It sounds simple but in practise it is very time consuming and far from easy. I have found sometimes the headline price for a product can appear good but the delivery costs can be high, or delivery options are inflexible or uninsured.

The wood-fibre sarking boards for the roof were a very good example of this. The boards were to be fixed over the top of the rafters to help prevent cold bridging, provide breathable thermal mass and weather protection. They were a great product for this job albeit not hugely robust if handled incorrectly. The lightweight boards all fixed together with a tongue and groove system. I decided to purchase two full oversized pallets (156 boards) — enough for the main house and a few spare left over.

The studwork at the front of the house and final parts of the roof structure were completed. The breathable roofing felt and battens were all on site ready to go. The boards were due to arrive imminently. And then the phone rang…

There had been an incident involving both pallets of wood-fibre boards and a forklift truck. Every single one of the 156 boards had been damaged beyond use. The tongues on the ends of the boards had been snapped and crushed.

The supplier were extremely apologetic and did everything they could to resolve the situation as soon as possible. It was a haulage accident but crucially my supplier was fully insured and offered a high level of support. I have since sourced a lot of the specialist materials for the project from Ecomerchant and would highly recommend them. They had 26 wood-fibre boards left in stock and dispatched them immediately while they obtained more stock from Germany.

Luck though appeared to have run out. Further problems at the Port of Calais meant there were severe delays — my roof boards were stuck in Europe. The planned building work could not proceed. The roof had to wait.

The rains arrived and turned the plot onto a bog and the house into an indoor swimming pool. The hempcrete though having had weeks of dry weather was thankfully unaffected by the rains. Jack Webb site foreman took the initiative and after some brief discussion with myself, timbers were ordered and we started to construct the large garage and link space. 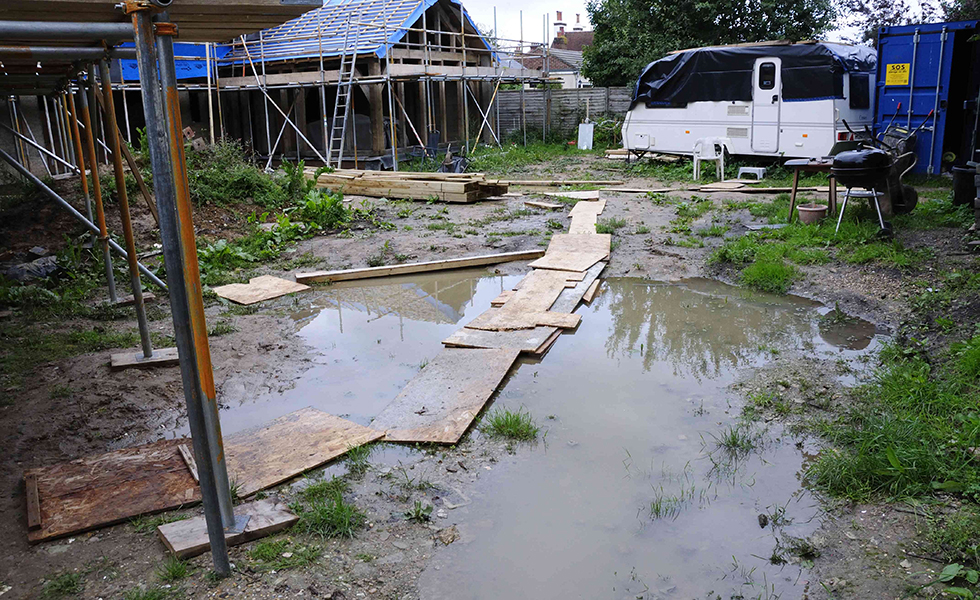 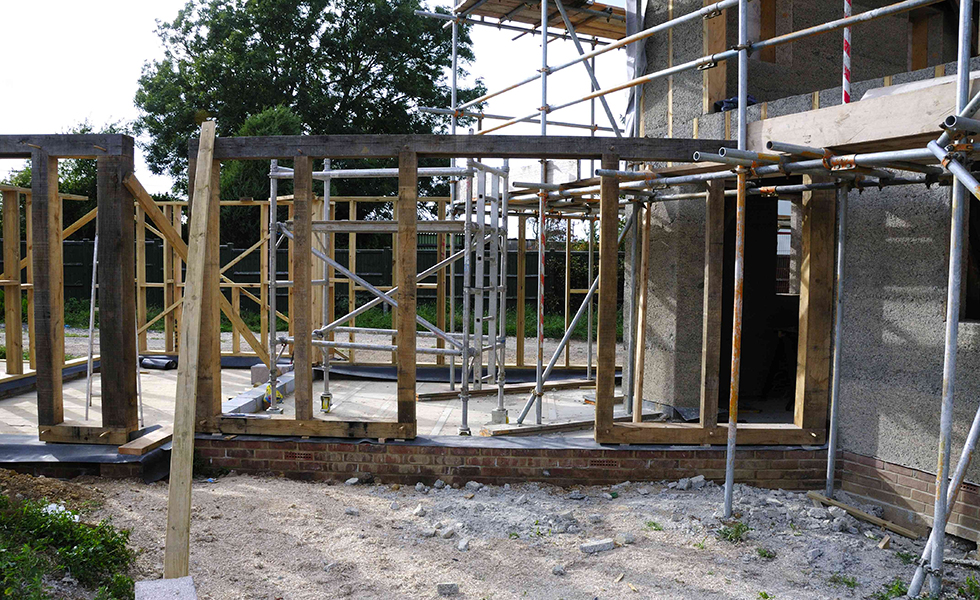 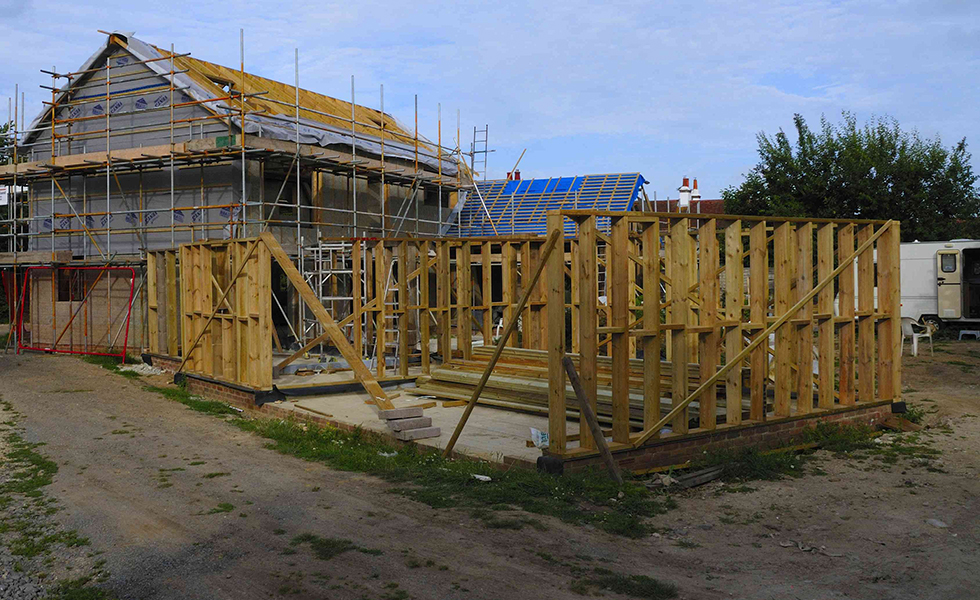 The final structural element of the house was taking shape. Eventually the chaos at Calais cleared and the wood-fibre boards arrived. The build was progressing rapidly and decisions and materials were needed at an alarming rate.

I was just managing to keep everything running but lack of sleep, time pressures and work commitments were taking their toll. It was a difficult time and I worried I might fall over the self build edge. 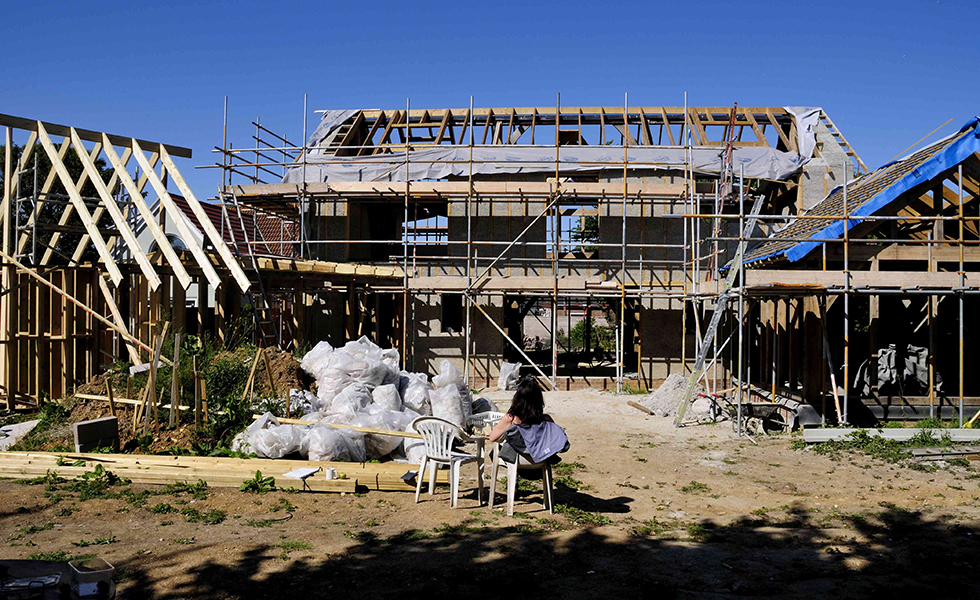