Part designer, part developer, Michael Nathenson (with the help of his wife Angela) has built a three-storey home on a tricky sloping site in Salcombe, Devon.

With stunning views over the estuary, and adjoining National Trust land, this home mixes the very best interior design, with a bold, contemporary exterior and first-rate landscaping.

Mew Stone East, makes up one half of the development on the 0.4-acre site — Michael and Angela built a second home next door to sell on so that they could afford the £1m plot in a prime location.

The home was shortlisted in the Residential Design category of the Daily Telegraph Homebuilding & Renovating Awards 2013.

At the age of 50, Michael Nathenson taught himself CAD, choosing to make something of his life-long interest in architecture. He spent a considerable part of the next two decades developing run-down properties in Hampstead and Belsize Park in London, turning them into lucrative high-end homes.

Then, when Michael and Angela decided to find a home by the sea, they found an old pink bungalow on a sloping site in Salcombe. Seeing potential in the awkward plot with stunning views, they bought the 0.4 acre site at auction, and decided to demolish the bungalow to clear room for two new homes — one for them, one to sell on. 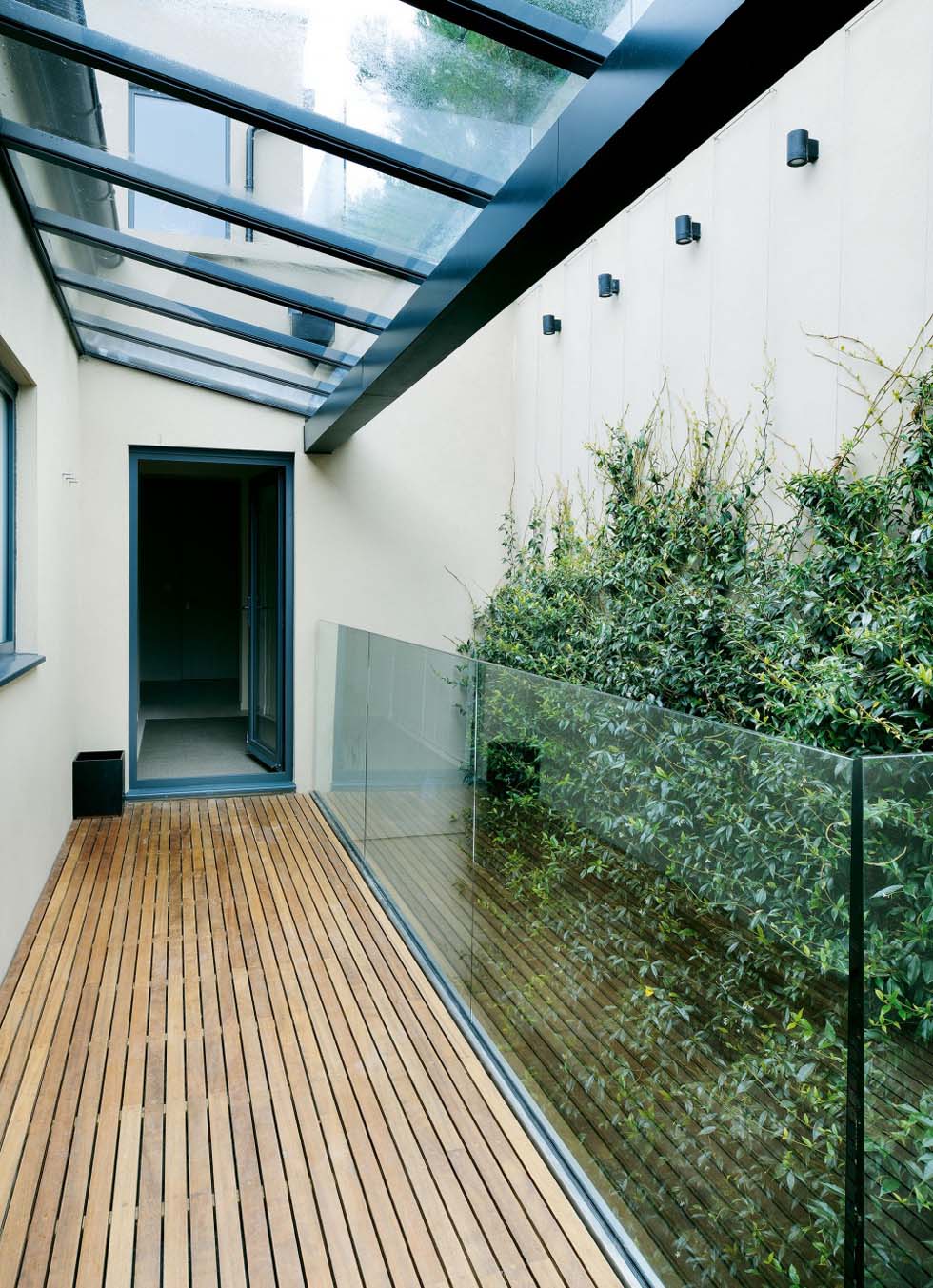 The sunken courtyard can be enjoyed from inside

Planning permission was achieved with constraints limited to requiring a fairly conventional gable end and a restriction on ridge height. 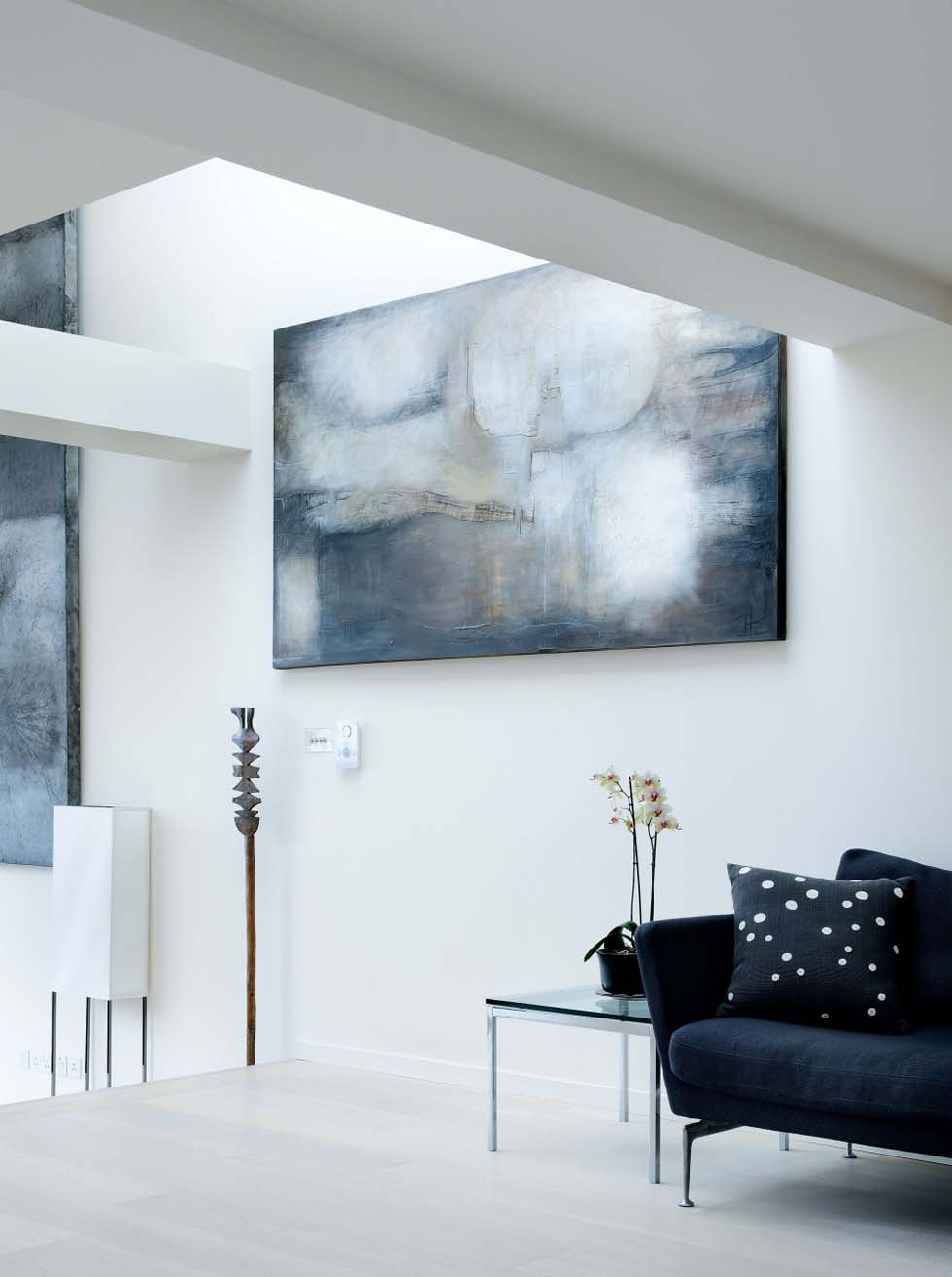 Michael’s design prioritised the views over the estuary by including large elements of glazing. The home is spread over three levels, with living spaces on the upper floor – enjoying the best views – and bedrooms and offices on the floor below. With the site sloping heavily to street level, Michael has put the entrance on the middle level of the house. A custom designed lift takes you from the garage to the front door. Further guest accommodation and a TV room is based on the lowest floor.

The exterior is of conventional blockwork and render construction, punctuated by lots of windows. This floods the interiors with natural light, for a bright Australian/Californian fusion feel displaying Michael’s international design influences. The finishes are decidedly high-spec — a Bulthaup kitchen with Miele and Gaggenau appliances, white oak engineered flooring and a sliding electric rooflight (from Natralight) which is remote-control operated and shuts automatically thanks to a rain sensor. 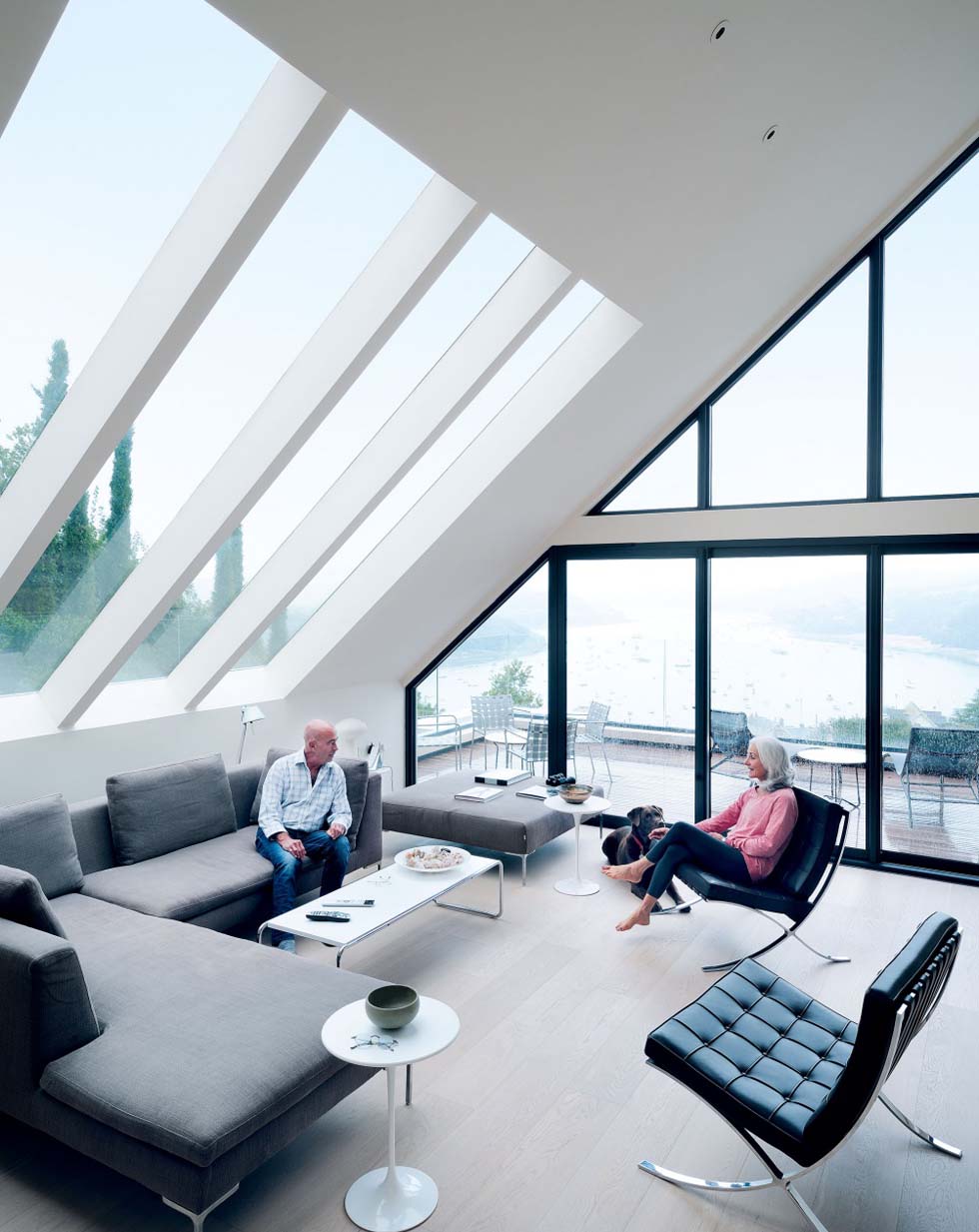 The home is well set for summer-time entertaining with perfectly landscaped gardens. The cascading design, on many levels – incorporating terraces, zones and all manner of level changes – is an undoubted highlight.

Not doing anything by halves, Michael wanted to incorporate a range of planting from Tuscany. Being an astute businessman, he declined the UK supplier’s quotes and thought he could get the plants for less if he went direct to the supplier himself. After extensive research, two truck loads of plants arrived from Pistoia, Tuscany, for a third of the price. 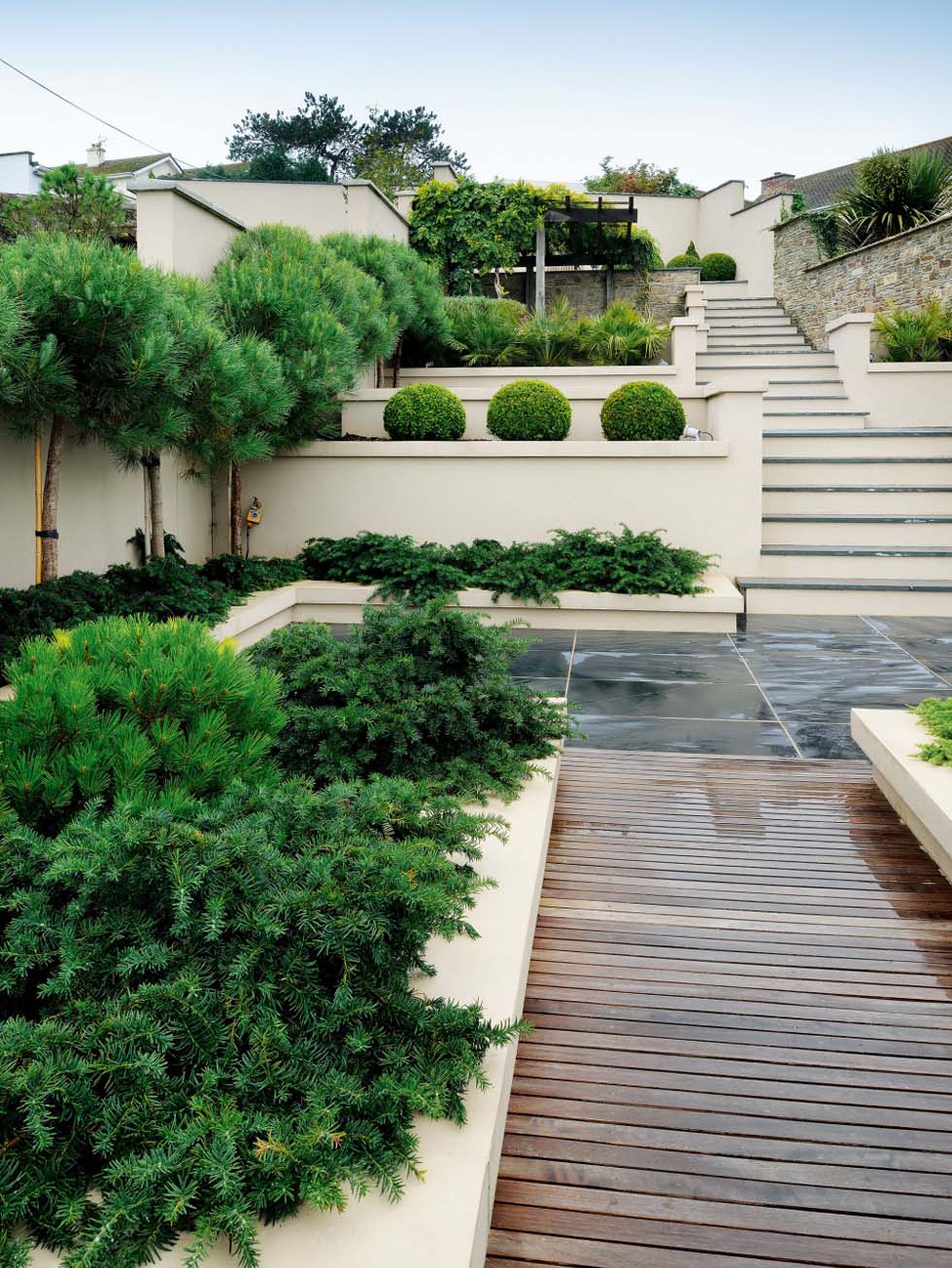 Michael’s experience and project management meant that this project, on a complicated site, ran very smoothly. The biggest part of the build was excavating some 2,000 tonnes of rock from the site to make way for the houses. The majority of this rock was reused on the site for the vast front wall, terraces and street-edge structure.

The construction took about five years. The result is perfectly executed contemporary design – albeit it at above-average build cost. It shows the importance of taking control of the site and the benefits of putting unbound energy into your project. 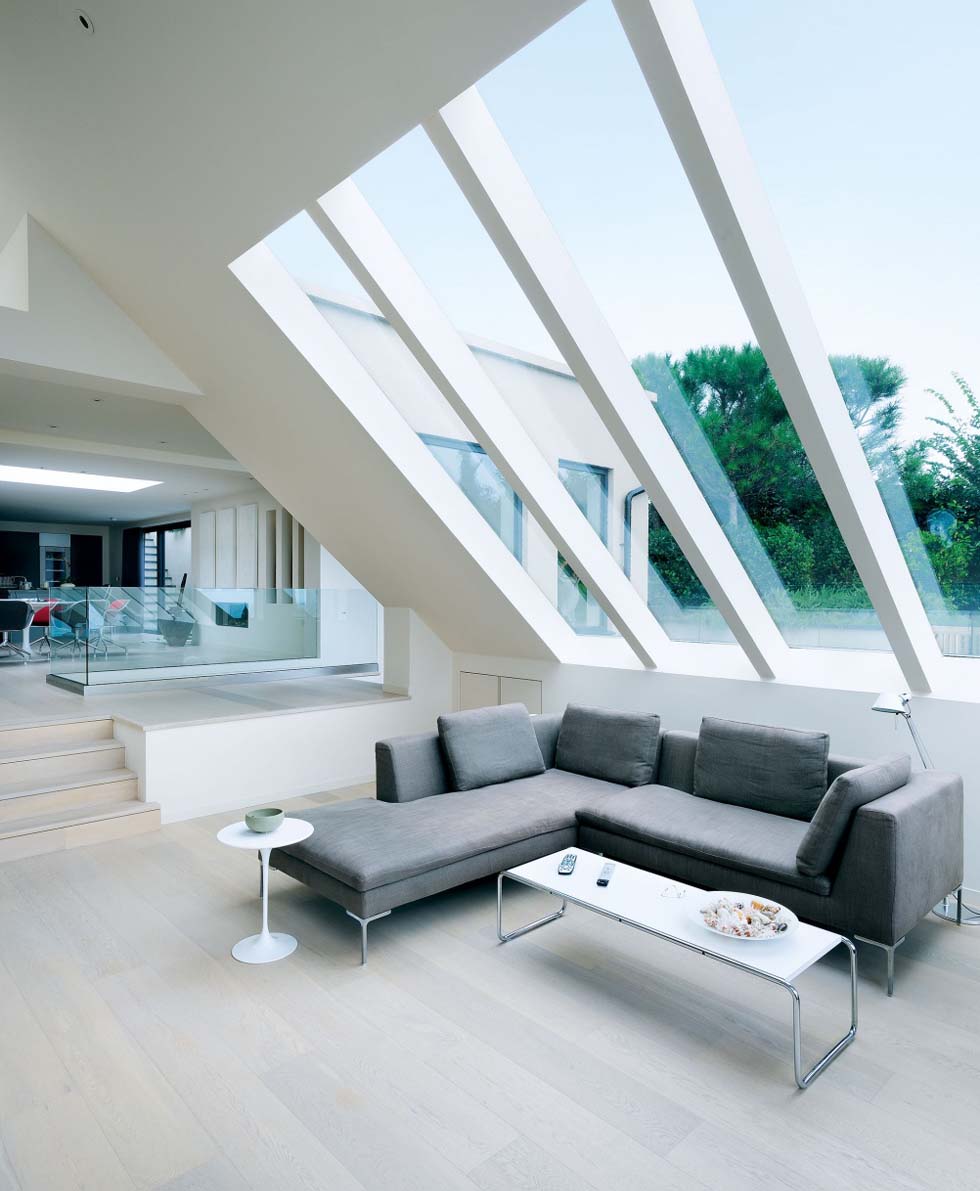