I love the start of a new project. There’s so much – sometimes exhausting – planning ahead of time that ‘kick off’ is a high point and a moment to savour.

Like all projects, the project I’m embarking on has its idiosyncrasies. This time, it’s a complete refurbishment of a 1910s chalet bungalow which was doubled in size in the 1950s. There are some big jobs: 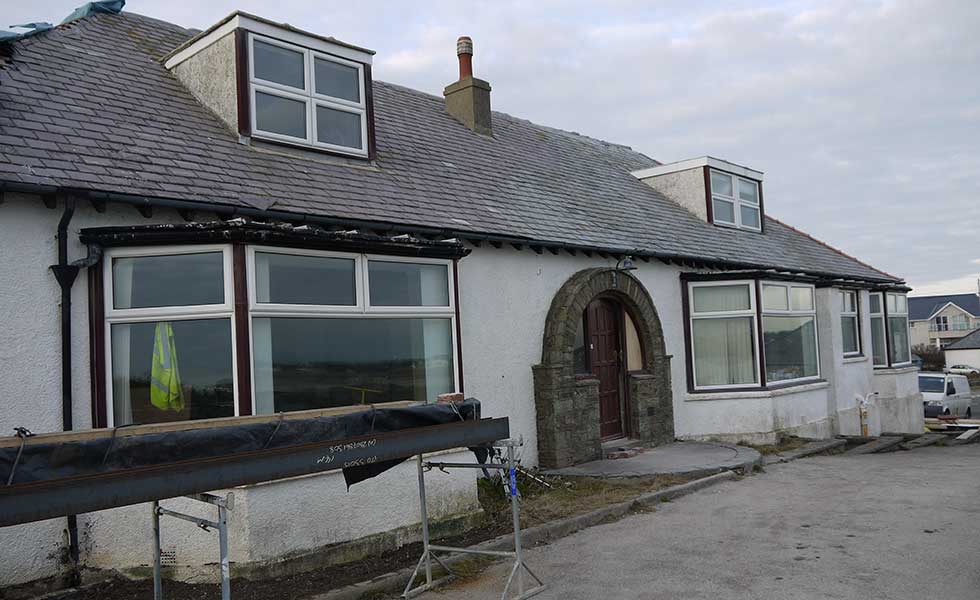 The house is so close to the Irish Sea that you can throw a stone in it from the front door, and that means two things: 1. salt water erosion on any metal fixings, and 2. changeable weather making strict timetables impossible to follow and requiring us to be flexible about timing of works so that the subcontractors aren’t left with nothing to do.

In addition, the project is four hours from my home, so I’ll have to find a new local builders’ merchant. I’ve done a few refurbishments close to my home and have built up good relationships with merchants in the locality, but they wont be able to help with a project four hours away!

So, how have I overcome these challenges so far? 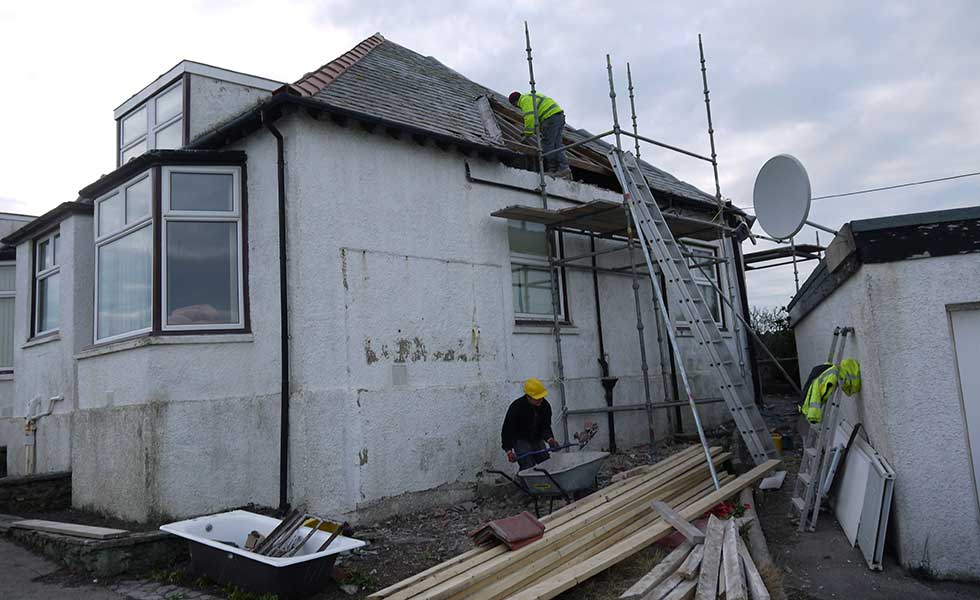 Salt Water Erosion: what I’ve learned ahead of time

I’ve read a few articles online about galvanic corrosion of metals when installing solar panels on roofs near the sea. They say don’t use one metal next to a different metal since the corrosion will immediately attack the ‘weaker’ metal. I’ve opted for stainless steel nails for the roof which cost a fortune and are hard to find in A4 grade, but since it’s a bulk item I’ve shopped around online and found a really helpful supplier (The Nail & Fixing Specialist).

I’m taking a belt and braces approach to the internal steels since some of the old ones have corroded. I am going to use a product I haven’t used before to paint the internal structural steel with. It’s called Zinga and it is a high corrosion protection paint. Some of the old steel in the house has corroded, so I don’t want to take any chances. 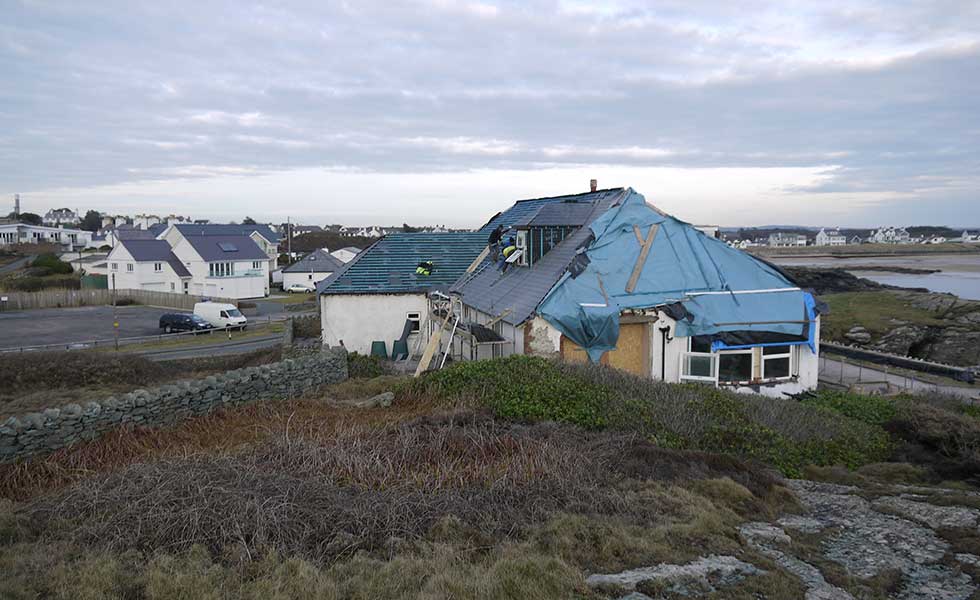 On the day we started stripping out the house there was such a storm that the sea wall on the beach next to the house broke. We’ve acknowledged to ourselves that we can’t just expect a tarpaulin to stay still in the wind, so each night everything is nailed down. I’ve bought a couple of big rolls of damp proof membrane (DPM) to cover the roof at night since I don’t have 350 square metres worth of tarp. 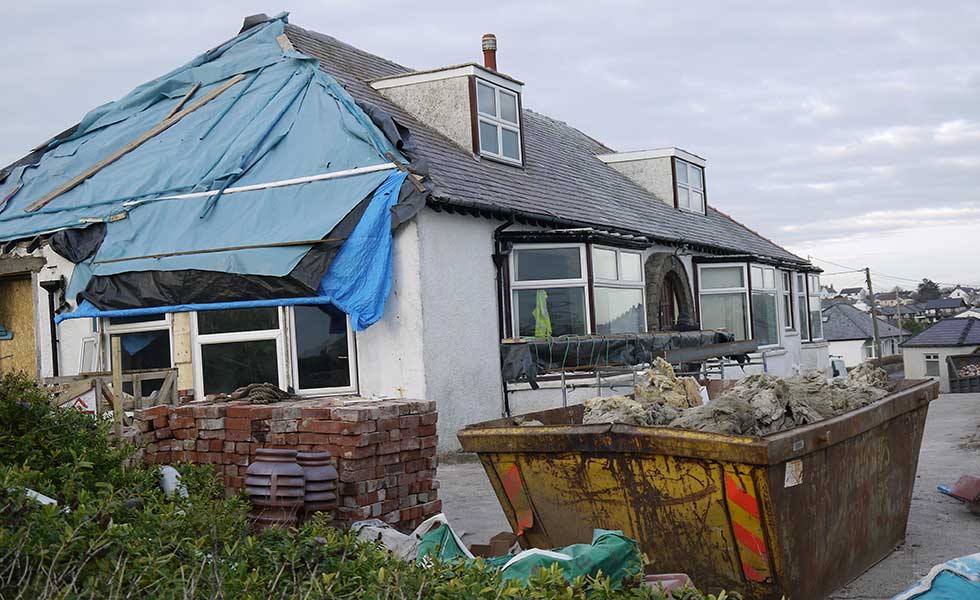 I went to a few of the national builders’ merchants on previous projects, but I’ve always found the local/independent merchants to be more helpful and easier to deal with. So I’ve opted for a local firm called Huws Gray. They’ve been great so far.

Next up: Getting the roof watertight; dealing with woodworm; hips and gables on the old dormers; and finding some windows that can stand up to the elements!