Ken Shuttleworth is in danger of giving architects a good name. I interviewed him last week for Homebuilding & Renovating’s upcoming 25th anniversary. We’ll post several videos from the meeting in the coming months as part of a wider series looking at self-build in 2015.

For those of you who don’t know, Ken is one of Britain’s best-known and most well-respected architects. He was a partner at Forster & Partners where he designed, amongst many other landmark buildings around the world, The Gherkin, City Hall, Wembley Stadium. In 2004 he set up his own practice, Make, where he now conducts a team of 140 in a converted underground car park.

Best of all, he’s a very friendly and approachable man. Part of his great success is that he is able to communicate without any allusion to the concept of architect as magician that some seem to hold. He’s brutally honest about how engineers are actually the unsung heroes of design; and a realist about construction. 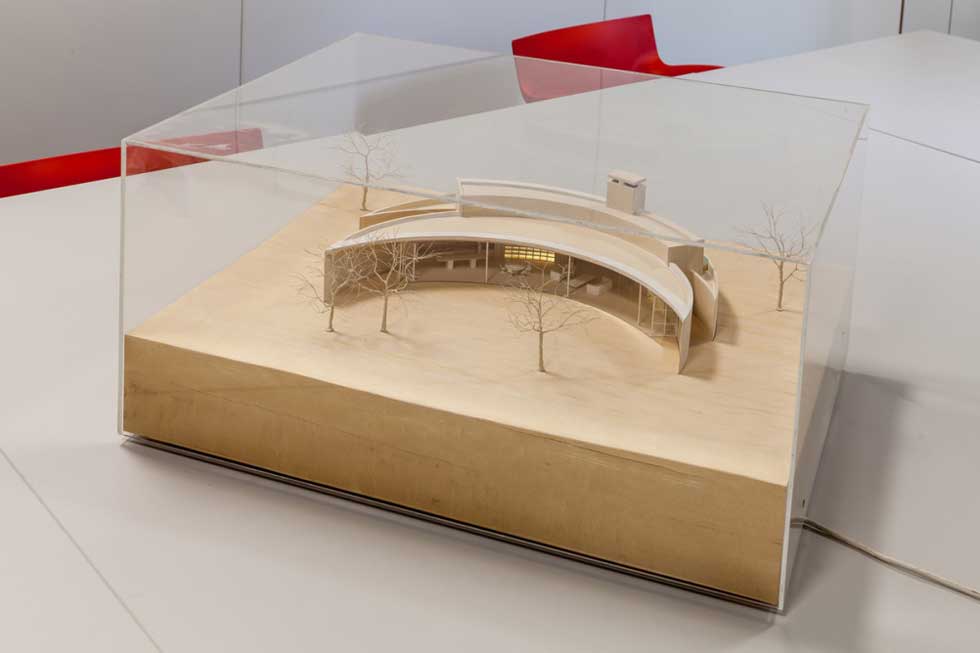 Ken has built several homes for himself and his family but the one featured in Homebuilding & Renovating February 2001 is his iconic Crescent House. He talked about how, back then, contemporary homes were rare – today, they are commonplace. We talked about the importance of architects and clients being realistic about costs and also the approach to contemporary construction – he used a major construction and engineering firm for Crescent House because it was a true one-off.

Make still design the occasional one-off home but concentrate on the commercial and major residential development sectors. Yet he still has a particular passion for individual homes, even digging out the original Balsa wood model of Crescent House to show me.