Dean and Ann Furlong had the tough decision between moving home or improving their dated 1930s dormer bungalow.

The existing 110m² house had little insulation, needed rewiring and replumbing, and wasn’t quite big enough for the couple and their daughter.

However, the home stood in the centre of a spacious, established garden, surrounded by fields, with enviable views.

They realised they were unlikely to find a property a garden on par, for their budget, so they chose to remodel what they had. 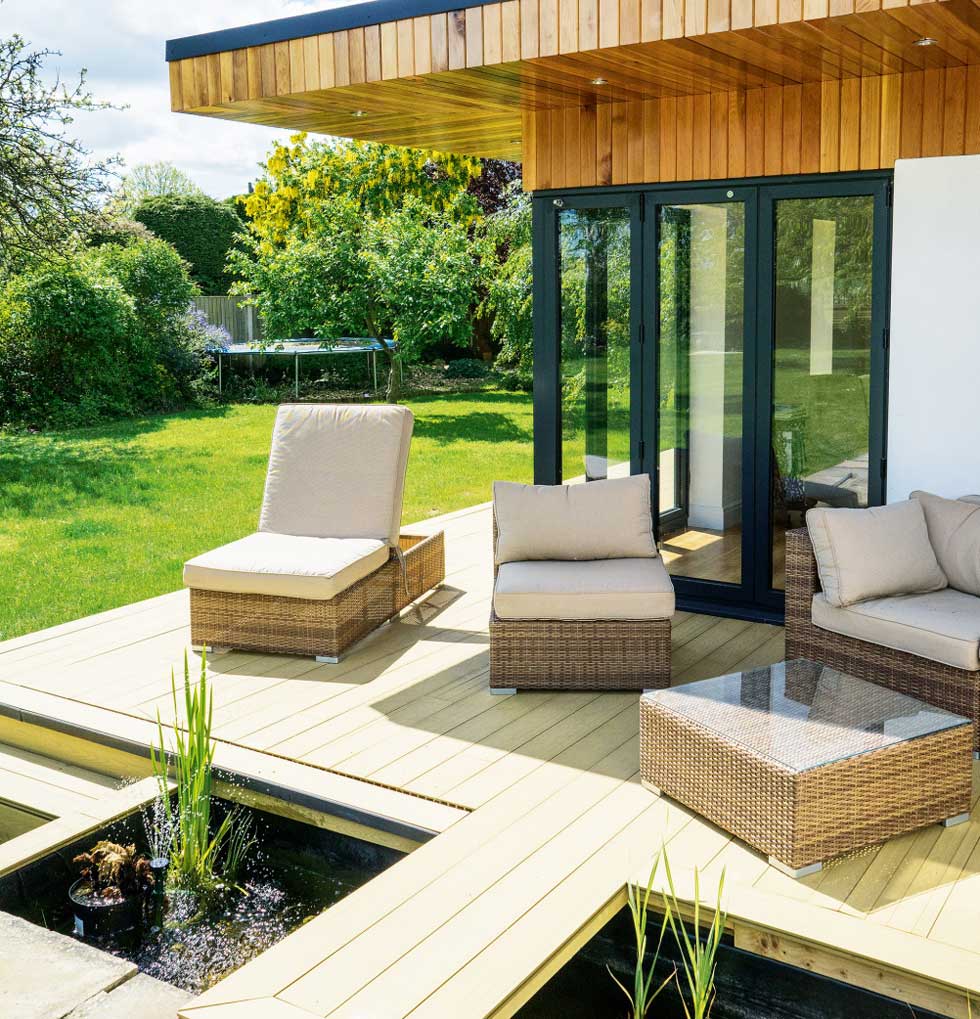 Dean designed the extension and remodel himself. The transformation has near-on doubled the size of the existing space and vastly improved thermal efficiency.

The couple’s plans to extend the house were two-fold: the old side conservatory was replaced and knocked through to create a modern sunroom-cum-living room, with a solid roof and floor-to-ceiling glazing, and the rear received a two storey extension, providing space for a big open plan kitchen, dining and family room, and a generous master bedroom above. Changes to the front are fairly modest with the ‘wow factor’ round the back.

Central circulation space had previously lacked natural light, so Dean opened up one of the existing rooms, repositioned the staircase and introduced a rooflight to let the light in. To save costs though, they retained some of the existing elements of the house including the original chimneys, two front rooms and the positioning of the ground floor bathroom.

The design maximises every opportunity to open out to the mature garden, with the master bedroom being a prime example of this. A high vaulted ceiling, with full-height glazing at the gable end reveals a balcony and stunning views beyond. The balcony itself is sheltered and clad in warm-toned timber which is used elsewhere on the side extension. 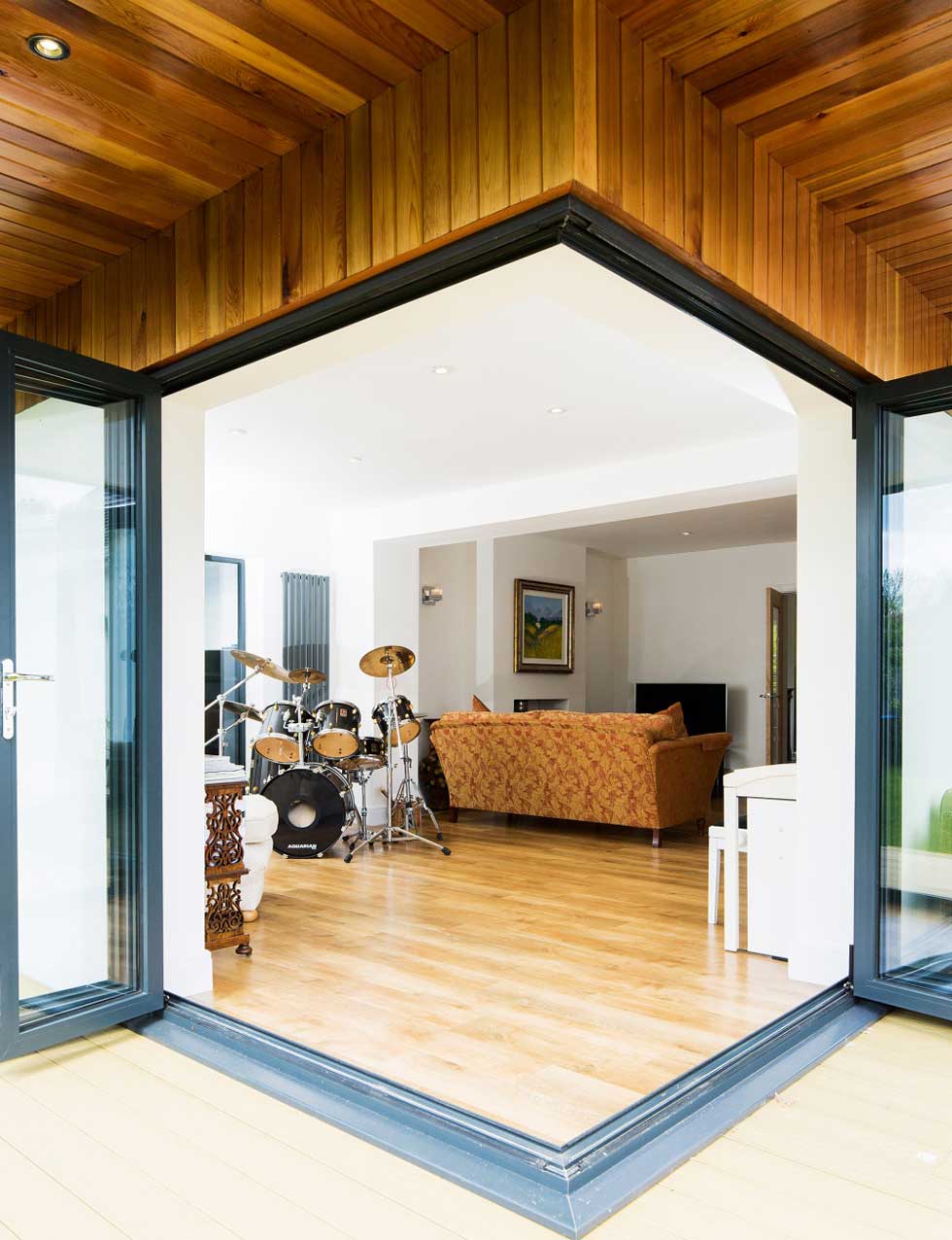 They submitted their plans to a local architectural designer to help them prepare detailed plans to submit for approval. It was approved without hitch as they maintained the existing ridge height and the most radical changes were to the rear so less visible from the street. 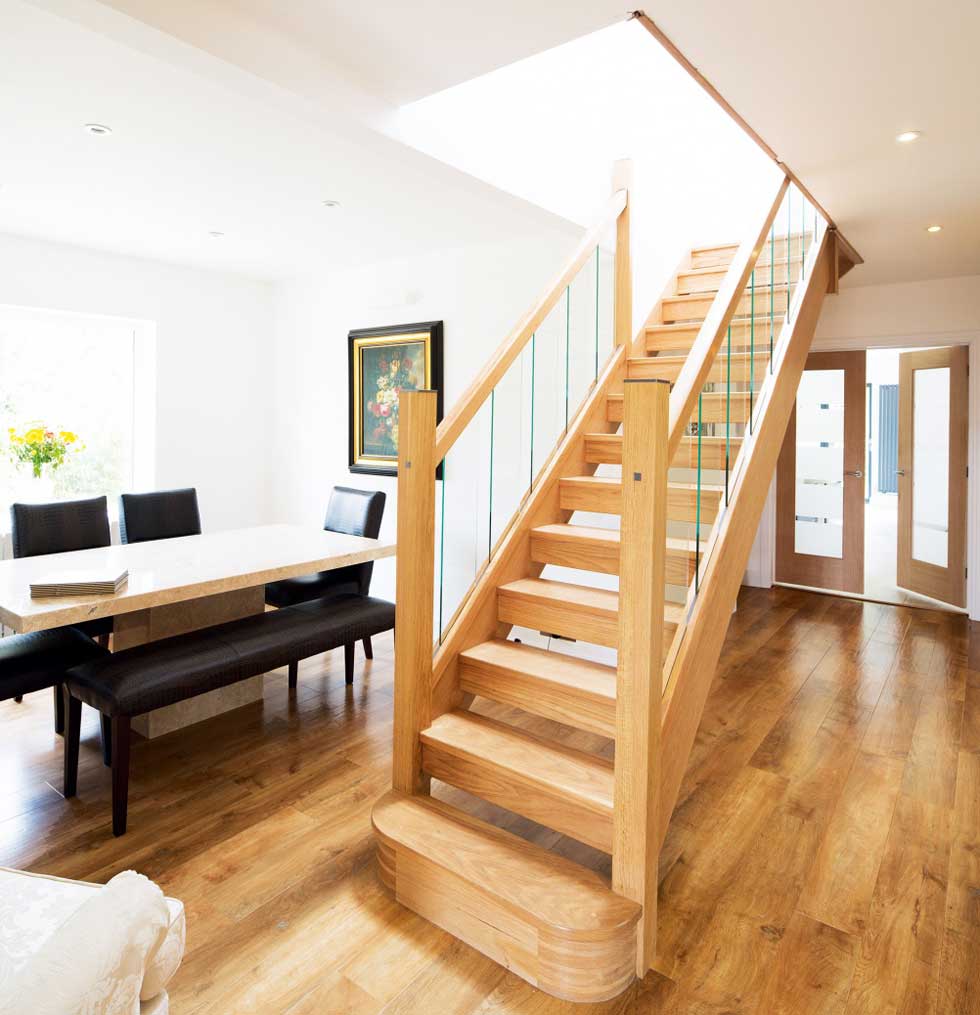 Buying in bulk was key to keeping down the costs of this ambitious extension. All 13 of the internal solid white oak doors were bought together allowing Dean to bargain hard and get them at almost half the original price. They also made great savings on the bathrooms by sourcing all of the tiles from one place and buying ex-display vanity units.

On top of this, Dean took on the majority of the tasks himself including the joinery, flooring prep, plastering, insulating and adding plasterboard. 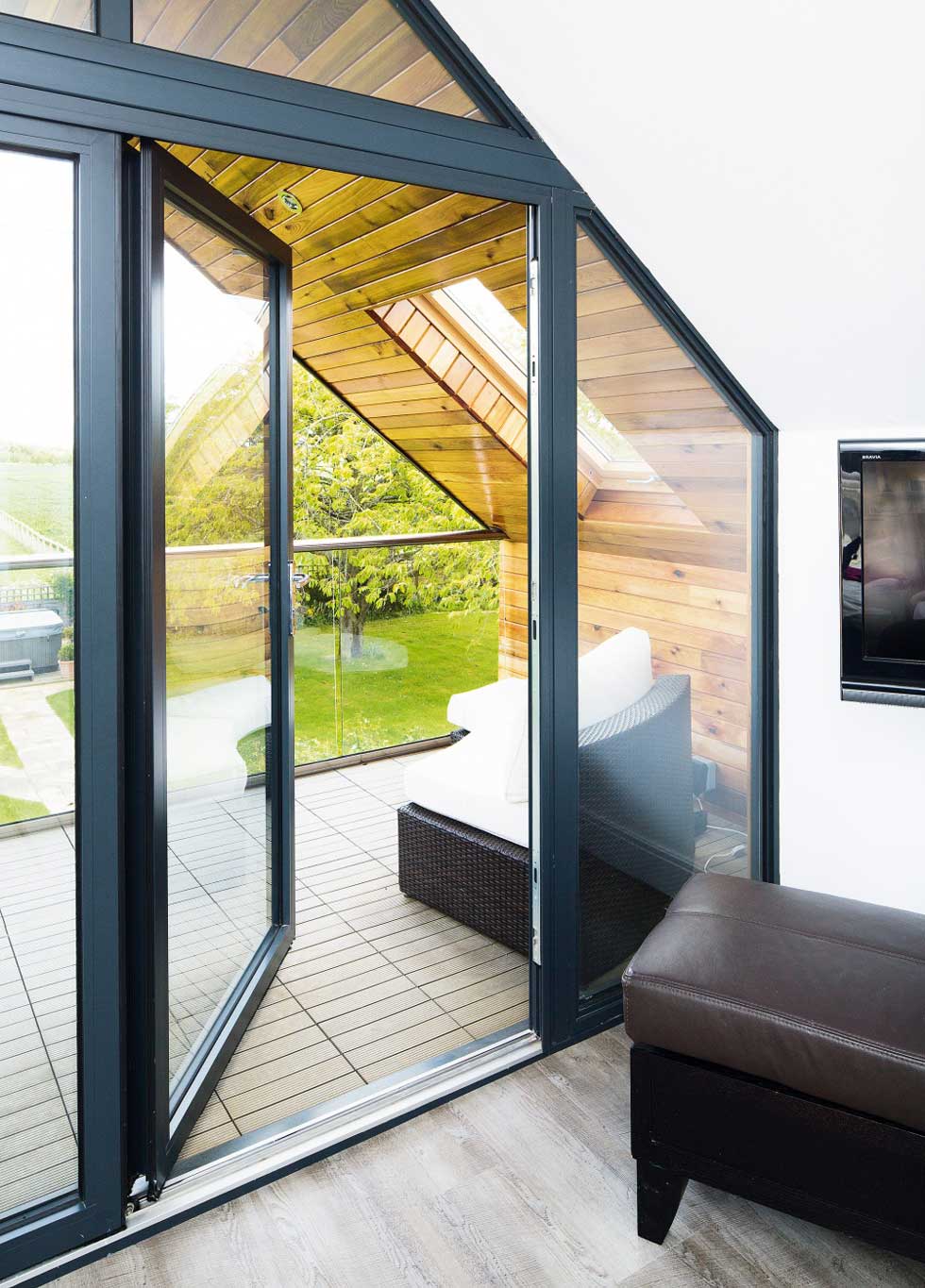 Despite careful planning, the build did not run as smoothly as hoped after the contractor declared himself bankrupt. Dean sensed things were not as they seemed when he asked for an additional £40,000 well ahead of their agreed schedule. When this request was refused, the builder and his team walked off site.

With suppliers and the builder returning to threaten to take back materials that had already been paid for, Dean had no choice but to secure the site and camp out in the shell of the building. The roof was left half done and Dean had to strip it back and start again, all the time rushing to get the house watertight.

Dean went on to hire individual trades at short notice to finish the work, as well as taking on as much work as he could himself. He spent every night and weekend at the house for three months, before working solidly for two more to get the work done.

However, the hard work was worth it and they have managed to keep their beautiful plot while vastly improving the home that was once on it. The small and chilly house now has plenty of light, open spaces and three types of heating as well as a structure insulated to Building Regulation standards.