My blogging hiatus is over. I’m going to call it a hiatus and imply it was a planned break and not just laziness/busyness. Breaking Bad got away with it, so I should be allowed a hiatus too occasionally.

What actually happened was that for several months – between July and October – we weren’t entirely sure what the plan was with the loft. As it was left, I think we were waiting for revised drawings back from our designer. We were looking for a way to get the stairs in for our loft, without losing loads of useable space on the first floor. Oh, and also navigate the pesky Building Regulations (I love them really — they keep us safe).

Anyway, after a bit of back and forth and revisions to the initial plan, our designer/builder came up with a new plan that involved a small fireproof corridor built through our existing bathroom (which I can assure you was plenty big enough for a tiny house with only two people living in it). Paired with a space-saver staircase, a fire door or two, and the relocation of a couple of doors (the bedroom and bathroom ones), designer Jon came up with a scheme that would give us as much floor space in the loft as possible and not affect the first floor too much.

My superb doodles below show what was proposed for our loft conversion.

This is the first floor in its original state. The bathroom was quite big as it would have been built for use as a bedroom. 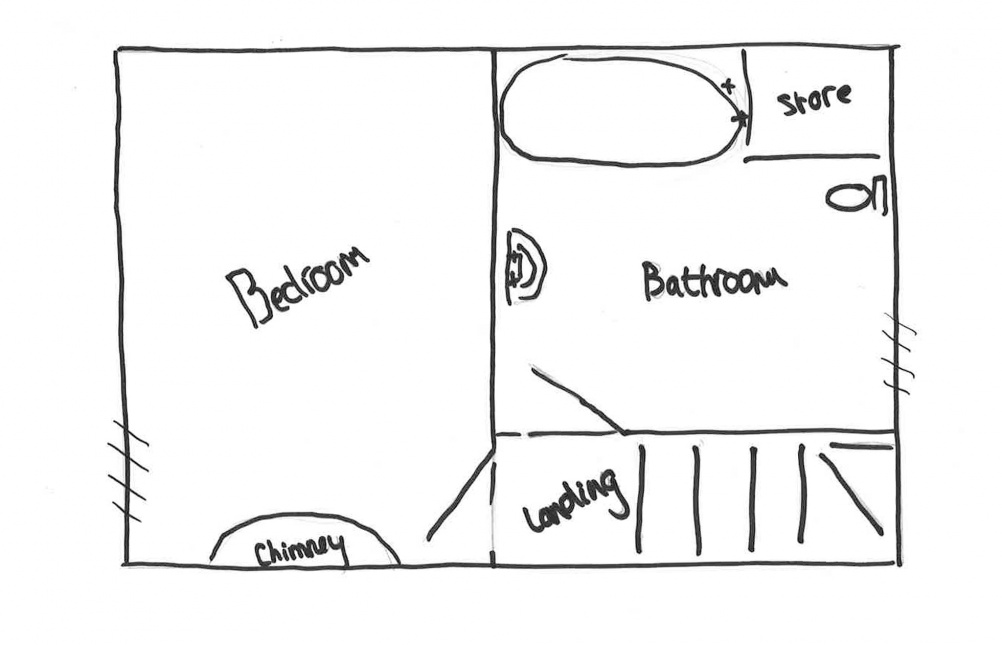 Here is the designer’s new layout idea. The walls around the stairwell are all to be boarded allowing half an hour of protection in a fire. A fire door is to go between the stairs from the kitchen downstairs and the stairs to the new loft. In the event of a fire, we will go down the stairs from the loft and out through the bathroom or bedroom window. 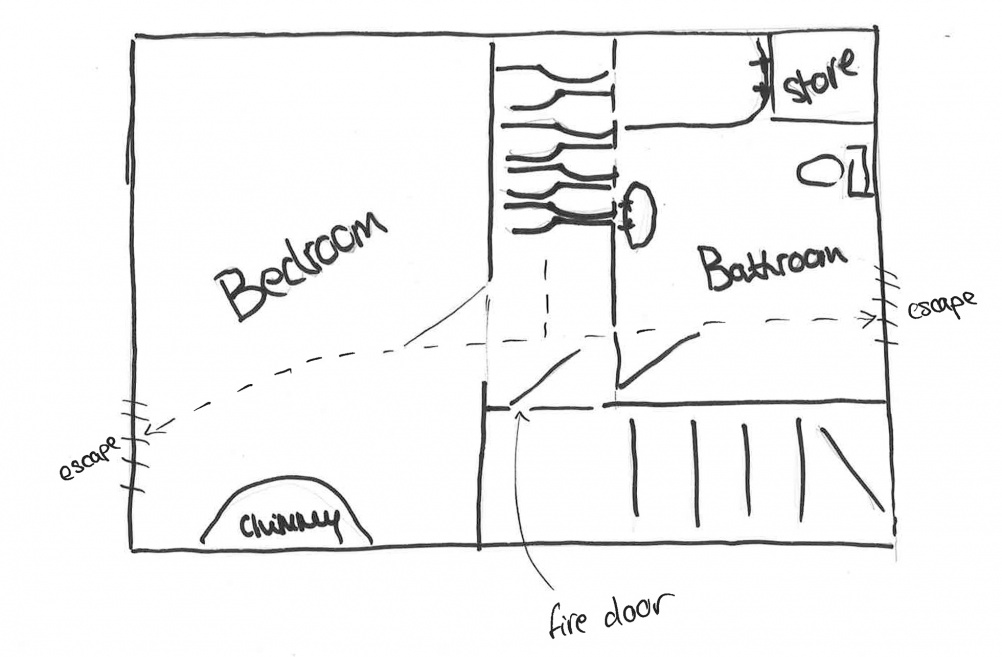 In the loft itself we are having two rooflights. One over the stairs helps to create the 2m headroom required over stairs (for it to be used as an escape route). The other is larger and will let in loads of natural light. Both of the rooflights are on the south-west facing side meaning we will get light and warmth at the end of the day.

From the loft, we will go down the space saver staircase and have a fire door at the end of the corridor in front of us. This means that should there be a fire in the kitchen, we will have time to escape through the bathroom or bedroom windows, which are accessible from the bottom of the loft stairs too.

The plans have been signed off by a Building Inspector, who will also visit throughout the build and at the end.

The loft conversion work is due to start in April, so we are busy thinking about interiors so that we can get the decorating done as soon as structural work is finished.