Liz and Mike Hauck bought a 1950s chalet bungalow with the intention to build an efficient and easy to maintain lifetime home.

The 3.3-acre plot in Surrey has beautiful views, but it took two years to get planning as it is situated in greenbelt land, within an Area of Outstanding Natural Beauty, adjacent to a Site of Specific Scientific Interest.

The couple chose German Package company, Baufritz, to build their home and ensure it was to the highest levels for health and sustainability.

Due to the sensitive nature of the plot, the home needed to be low profile and unobtrusive, and they wanted it to be contemporary unlike the large traditional homes nearby. They were also keen for the house to be practical and easy to maintain as they approached retirement.

Most importantly, they wanted a house that wouldn’t be a source of toxins as Liz suffers from multiple chemical sensitivity — a condition triggered by materials in the built environment. Therefore all they chose German package company Baufritz to construct the home as they have a unique building system using only natural, healthy materials – right down to the paint and floor finishes – and a carbon shielded coating designed to minimise electronic radiation. 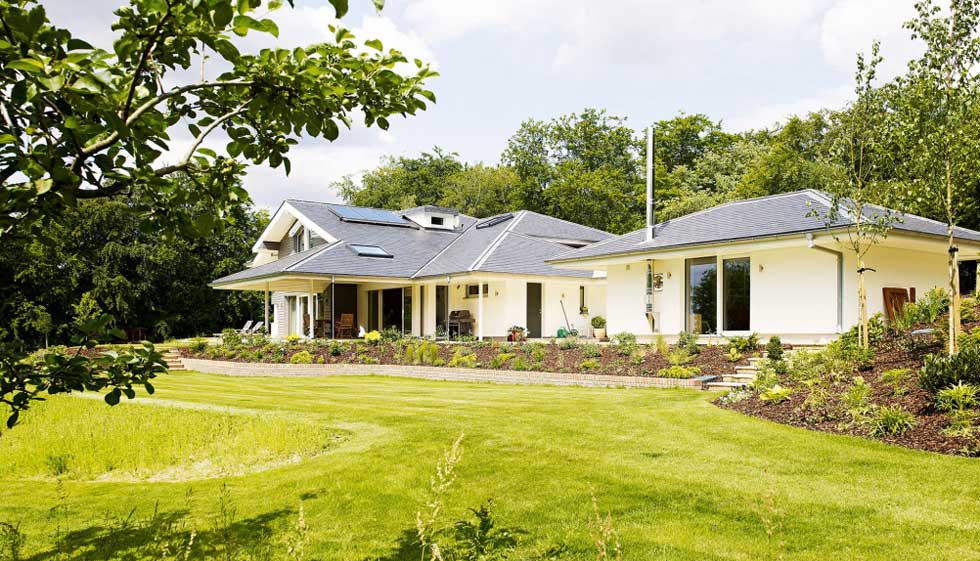 Overlapping, low-angled hipped roofs with large overhangs create a ranch style, while a veranda over the terrace connects the home to the outdoors

Liz and Mike employed a planning consultant to help them navigate the complexities of their application. Eventually consent was granted to demolish and replace the bungalow on the site with a new design, complete with a full basement level which was prefabricated by another specialist German company.

‘Wildwood’ was designed to sit respectfully in its rural surroundings. After working with an architect on an initial design which was rejected, they went back to the drawing board and appointed architect friend, John Horswill.

The resulting ranch-style design was inspired by Frank Lloyd Wright’s Prairie houses — heralded for their ability to sit low in the landscape and characterised by low-angled hipped roofs with large overhangs, to provide shade in summer and solar gain in winter. The design was also influenced by Japanese wooden country houses, which are known for use of natural materials and a strong connection to the outdoors.

The Haucks’ house occupies a low position within the site, offering a relatively modest presence despite its size. A key external feature is the series of elegant overlapping hipped roofs, which were carefully produced by Baufritz in its German factory, and have been finished in dark slate. Grey larch cladding to the upper level softens the building’s impact, with white render elsewhere creating a clean and contemporary profile. 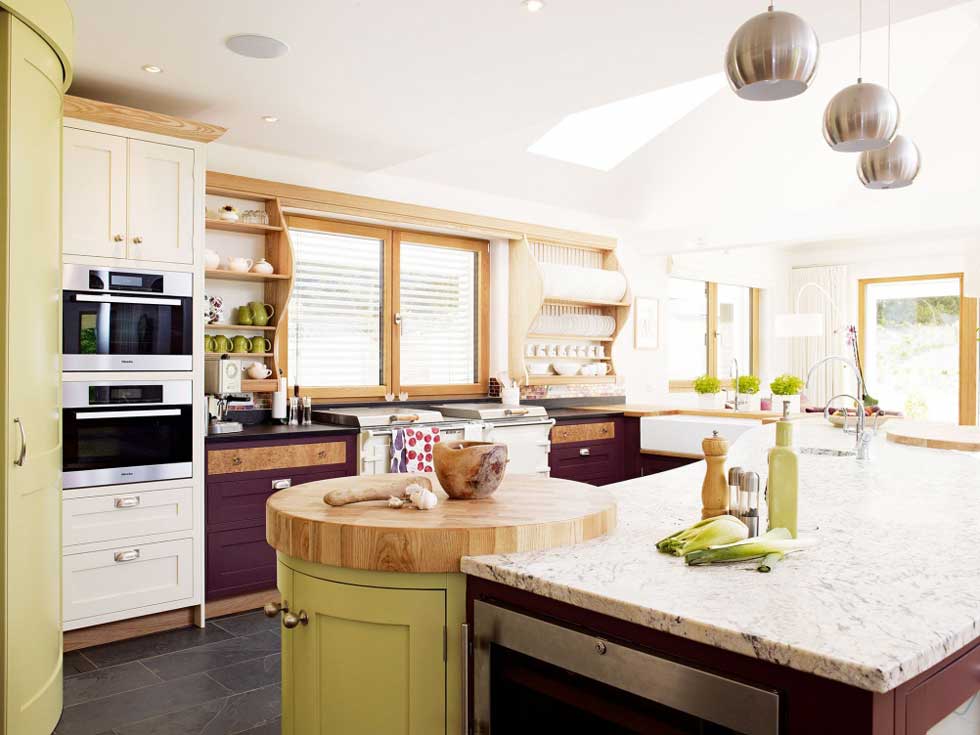 The although the couple had plenty of experience of renovating and extending properties, thi project was the couple’s first new build. However, their chosen building system meant the actual building time was very short and fairly straightforward.

Once the groundworks and basement were complete, the main shell of the house could be built. As all elements of Baufritz houses are prefabricated in its factory in Germany, and each section is made with the insulation, cladding, external doors and triple-glazed windows already in place, the homes benefit from excellent levels of airtightness. Thanks to its prefab timber frame structure, construction of this house was also extremely fast, with the shell erected and watertight in just five days. 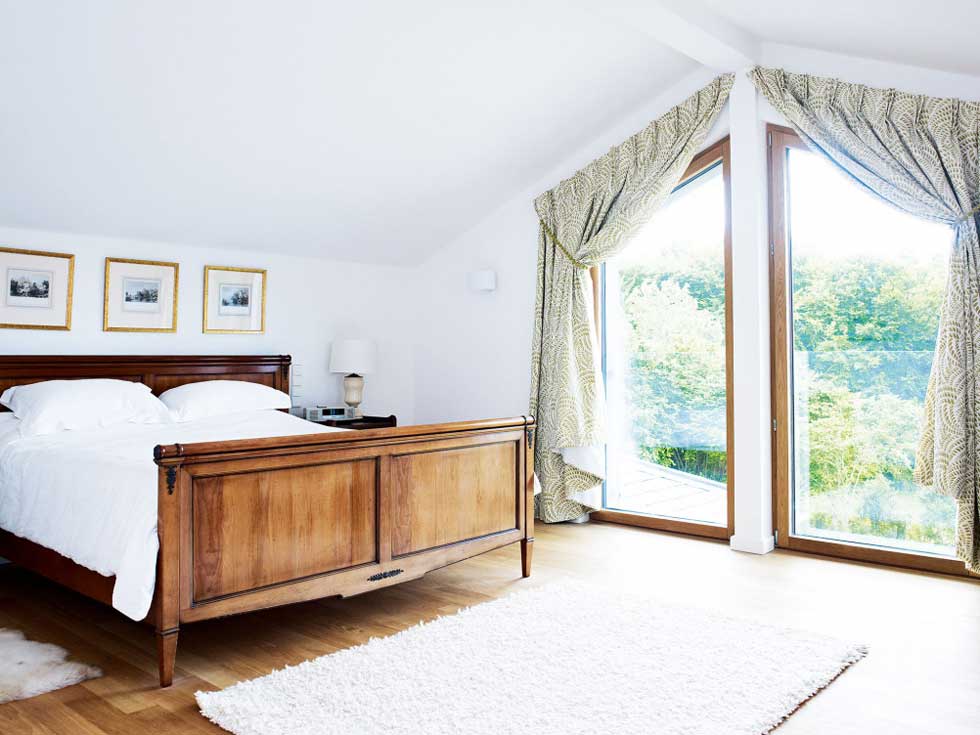 The external walls are 400mm thick (as is standard in all Baufritz homes) and packed with the company’s patented wood shaving insulation, which is highly thermally efficient. These thick, breathable walls mean that any condensation is removed from the atmosphere faster than it can be generated, making the living environment inside the house comfortable and clean.

Much of the house’s energy is generated on site by a ground-source heat pump and solar panels, while the highly efficient natural insulation minimises heat loss. Deep eaves reduce solar gain during the summer, allowing sunlight to penetrate the interior spaces throughout the year.

As a consequence, Liz and Mike report that, despite the size of their house – at a rather spectacular 604m² – their energy bills are minimal.