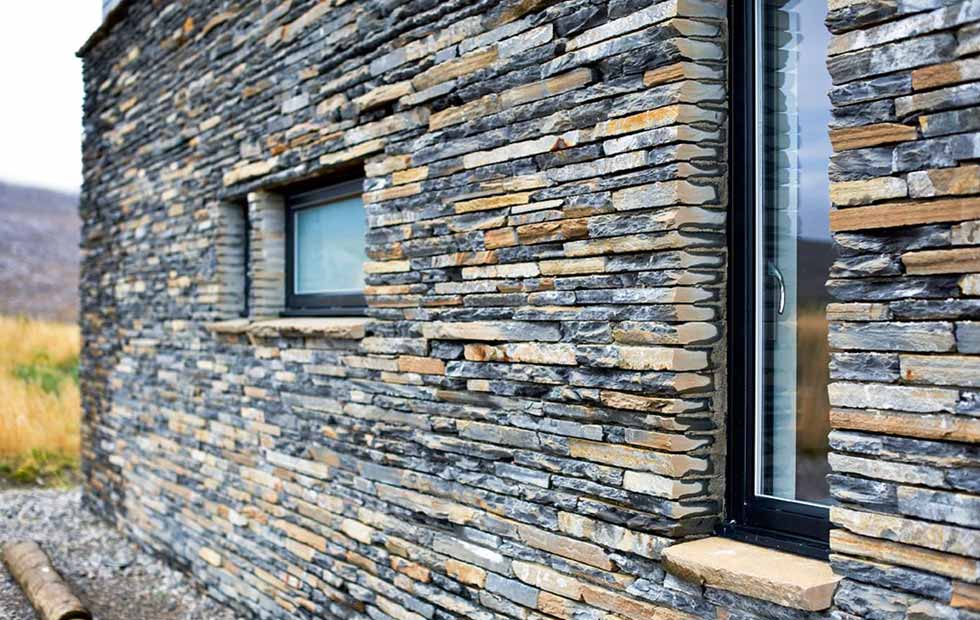 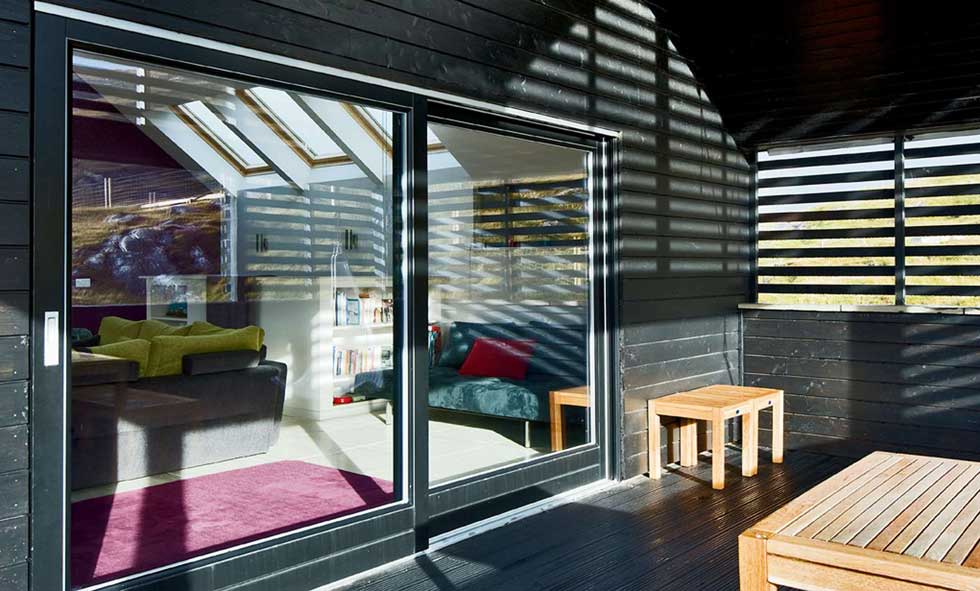 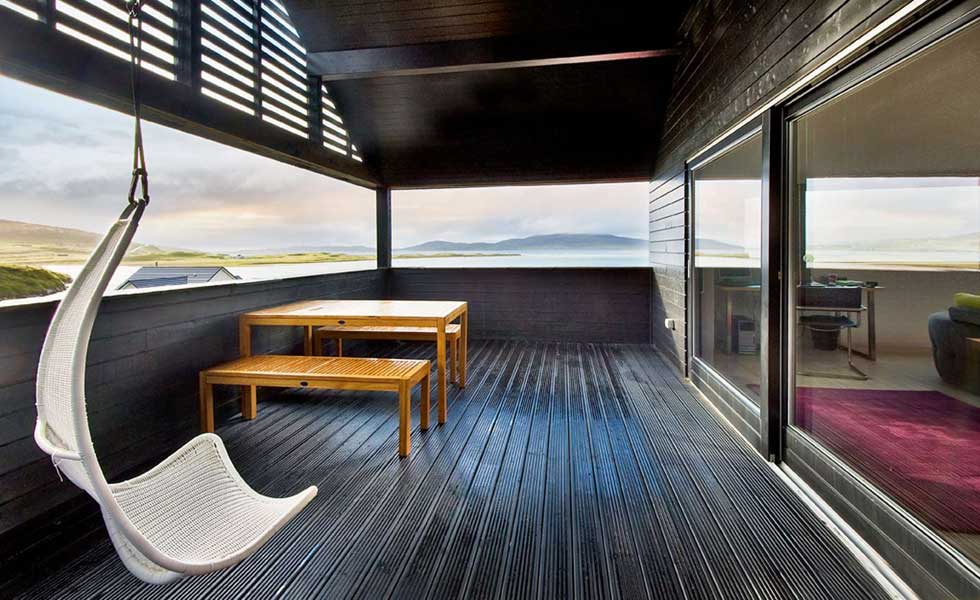 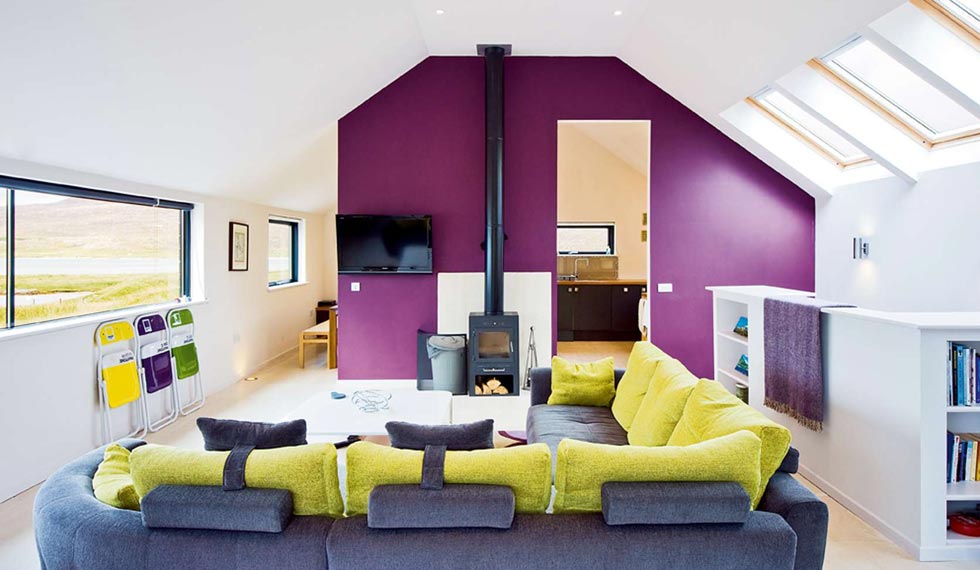 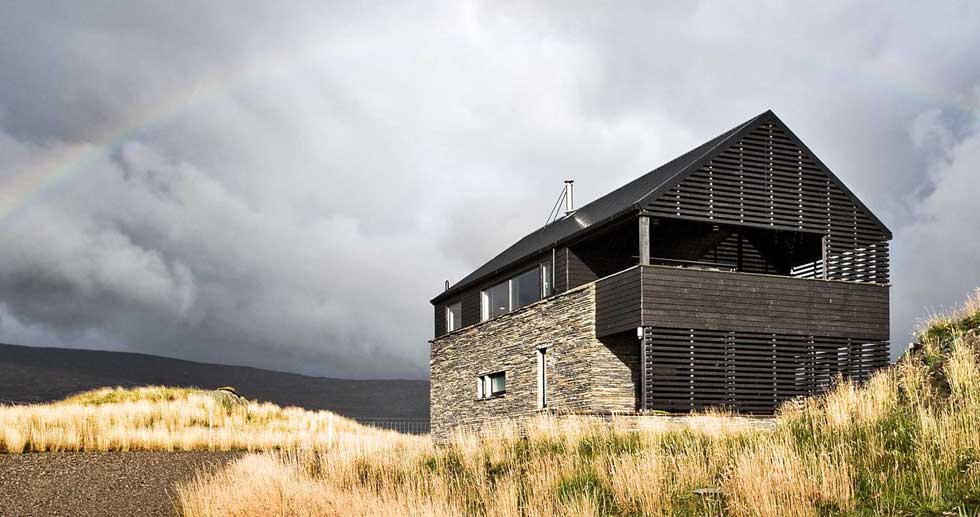 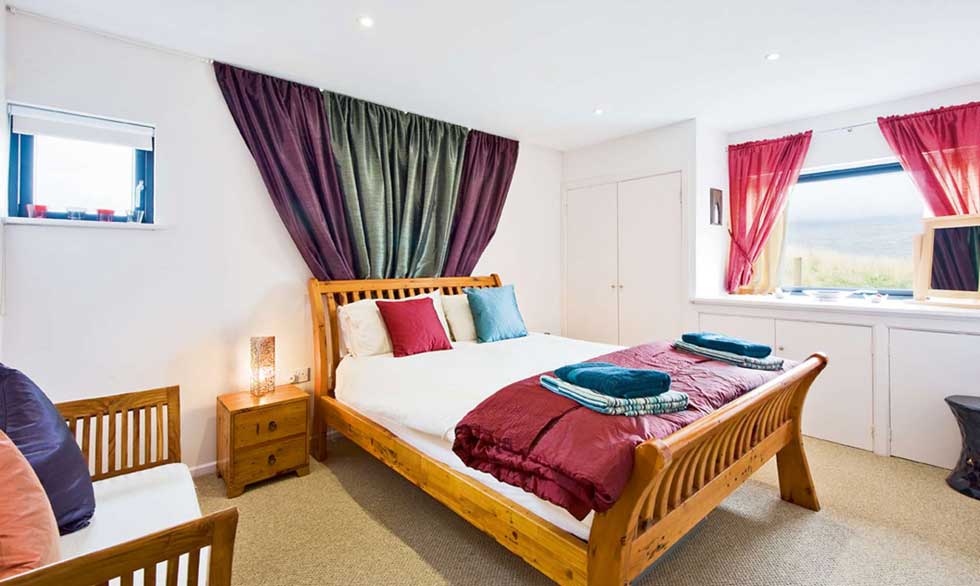 A beach house on the Outer Hebridean Isle of Harris has been designed to derive maximum benefit from the truly dramatic and ever-changing views.

As UK locations go, you don’t get much more remote than the Isle of Harris. Stories are abound of the fabulous sandy beaches and blue, almost Caribbean, seas. While they might not have lived up to this description when Homebuilding & Renovating visited in force seven wind with the rain lashing down, the Western Isles offer a truly exciting sense of experiencing the edge of our civilisation in a landscape with an infinite variety and blend of subtle colours.

Into this landscape Rob McKinnon, whose grandfather came from Tarbert, has grafted a “Scottish version of an Australian beach house.” A modern design with a focus on low cost, low energy and making use of natural Scottish materials. The design strategy, expertly achieved with the help of Edinburgh-based architect Euan Millar, was to make best use of the views, and to accommodate two bedrooms with a generous open plan living area.

The plot was advertised for sale having previously been part of a croft. At the time, right-to-buy legislation meant small plots like this could be de-crofted by the tenant, but the regulations have changed, and it is, apparently, far less easy now.

The planners were supportive. It seems they were very clear what would cause difficulties — avant-garde designs with flat roofs, for example. “They recognised that this was a special plot and, once they understood our objectives, were very helpful,” explains Rob. “They see new builds as a way of introducing some interest into an architectural landscape that has been largely utilitarian until recently.”

From its elevated position there are spectacular panoramic views across the beach towards the neighbouring island of Taransay and so the accommodation within the house is inverted, with living accommodation on the upper floor and bedrooms below in order to make the most of these views. The design is based on a simple, traditional form, taking its lead from nearby agricultural buildings. “A louvred timber screen, enclosing both covered terrace and courtyard entrance, maintains the clarity of this simple form,” explains architect Euan Millar. The building is of timber frame construction with high-performance Scandinavian windows and high levels of woodfibre and recycled glass insulation within the external envelope of the building, all of which help to improve the home’s energy performance. Simple, natural materials have been used and left to weather in order to minimise any long-term maintenance requirements. Caithness stone from the north east of Scotland was used on the roadside elevation and is intended to root the house within its natural setting. Dark-stained Scottish larch cladding is used elsewhere.

The modern take on a loggia, a lovely covered space that is nevertheless exposed to the elements for partially sheltered barbecues and relaxation, was inspired by the need for cost cutting, as was the ‘de-beachifying’ area on the ground floor, really useful for leaving the assorted paraphernalia of a day spent enjoying the coastline.

Internally the star turn is most definitely the open plan living space on the first floor. The positioning and sizing of all of the windows has been carried out most carefully, not only to benefit from the views but to frame them like an artist’s canvas.