Last year we had a geotechnical survey carried out because our site location is coastal. We wanted to make sure our plans suited the ground. Initial trial holes revealed the ground conditions were more than suitable for a successful excavation. Good, solid, yet free-draining chalk made up the bulk of the ground.

All the same, it was agreed that a raft foundation would be appropriate with a thicker foot to carry the load from the retaining wall that will run the length of the rear of the property. Before the slab could be poured we had to excavate hundreds of tons of spoil, going down a depth of about three metres. 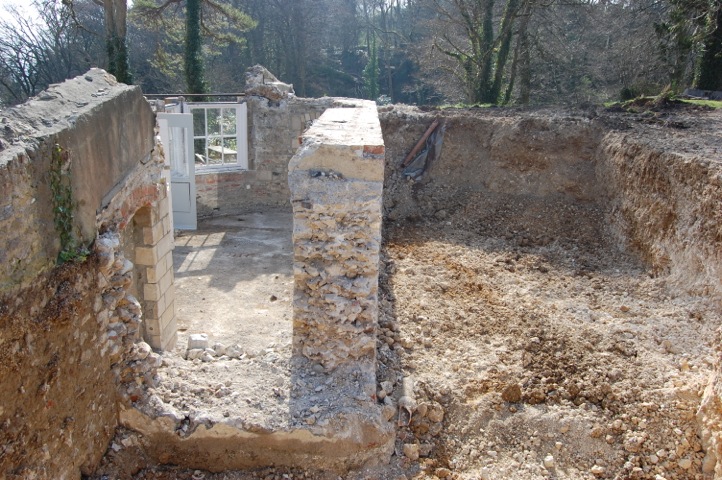 The spoil we removed in the excavation work has been used to landscape the gardens, and fill the trenches containing the heat pump collector pipes

In many builds this spoil would have to be removed from site at vast expense, but luckily we had a long wide hollow in our grounds that could be leveled and landscaped with the earth we removed. The other upside of this big void was I could bury all my ground source heat pump collector pipes at the same time.

It took about 10 days to excavate the area behind the existing building. There are two levels within the new slab so some careful grading had to take place. The central part of the new slab sits 350mm higher than the east and west areas. It was complicated allowing for this, but it had to happen in order to achieve the desired ceiling heights. Existing elevations could not change because of the listing the building carries. 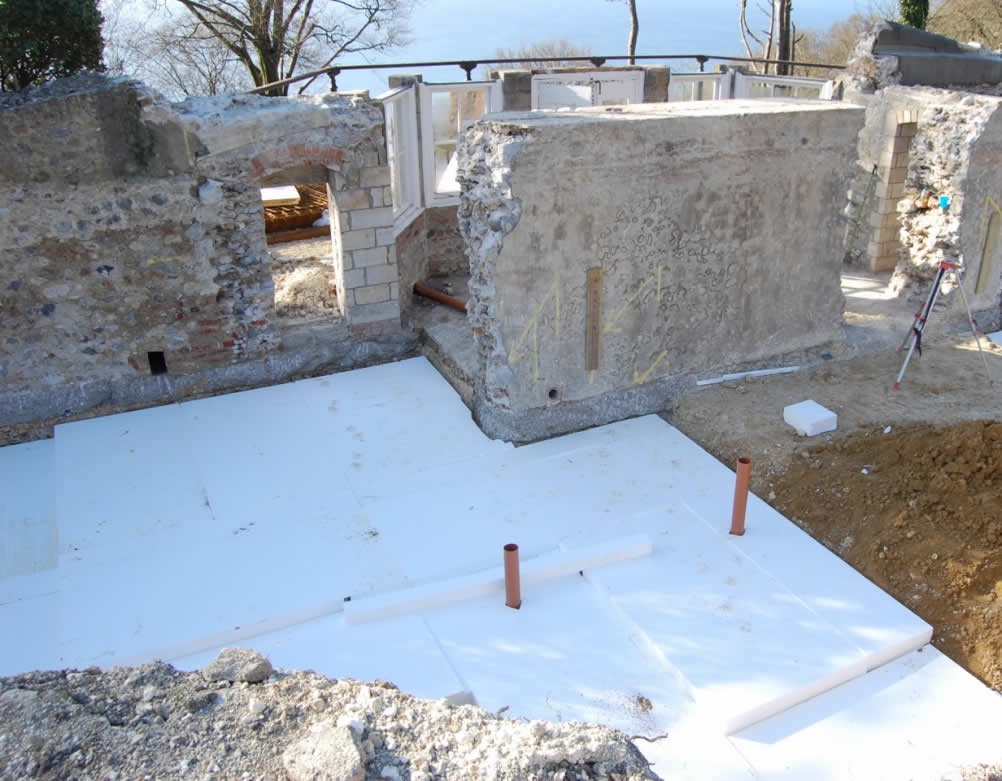 150mm insulation board has been laid on the sand blinding. We had to be certain all the joints were well butted ready for the next step

I thought a lot about the makeup of the slab and how it would be designed. Both my structural engineer, and architect who carried out the initial working drawings, recommended I stick to a conventional arrangement. This consisted of a blinding, damp proof membrane, concrete slab, insulation, screed and final floor surface. I wasn’t convinced that this was the right arrangement for us.

I wanted to make the most of the thermal mass of the building. I felt that insulating above slab and internally meant, in effect, only heating the air inside the building and not the building itself.

This made no sense to me, when there is a huge mass of concrete that could be gently and consistently heated, giving a comfortable, efficient heat output provided by underfloor heating pipes set within the slab, and connected to the ground source heat pump system. 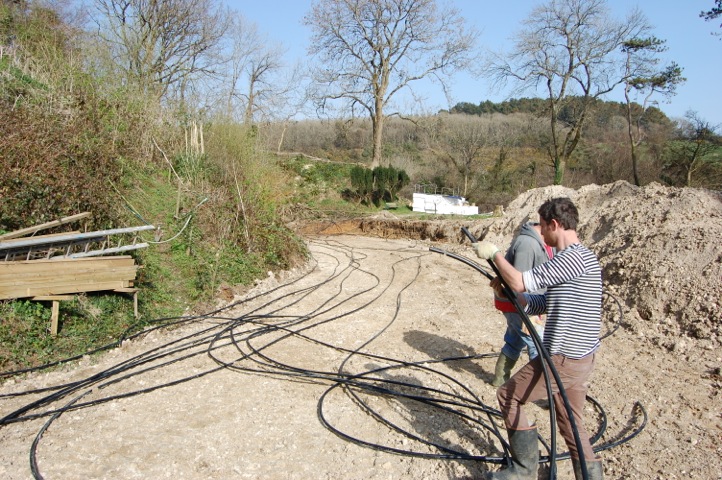 Here we are laying the heat collector pipes

I wanted to simplify the build up as well. We want polished concrete for our final floor surface. I wasn’t happy pouring a fantastic new slab then covering it with insulation, heating pipes, screed and then more concrete.

So, I decided to go with what is quite often called ‘a radiant slab’ It would be externally insulated creating a complete thermal envelope. My heating pipes would then be connected straight onto the reinforcement mesh, the slab would then be poured and power floated ready for polishing.

Prior to excavating the floor, we demolished the old concrete flat roof and parapet. This was made fairly easy with the help of a breaker. And now, with the demolition work out of the way, we can get on with creating our dream home. 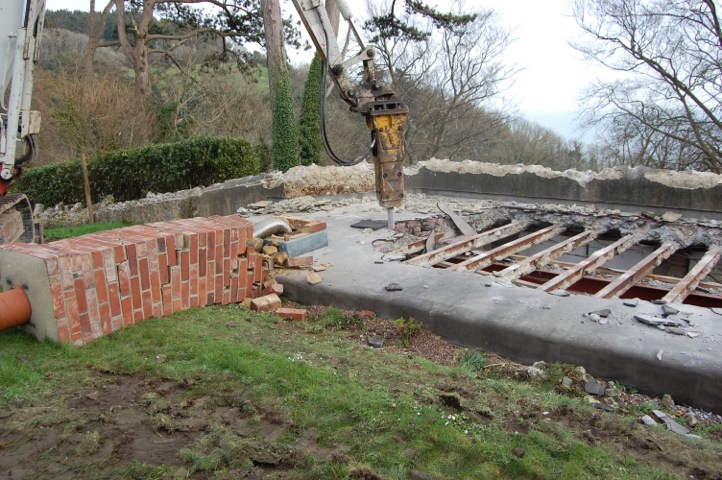 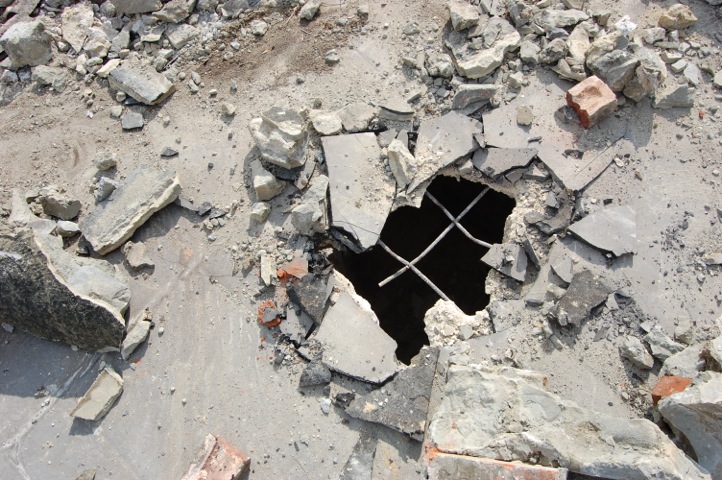 Before we could start excavation we had to remove the existing old concrete roof. This was relatively straight forward thanks to the breaker