“It was in fact the plot that attracted us to this place,” says Charles Finch, a builder with considerable experience of high-quality individual homes.

The house sat behind the street building line with a large garden and wasn’t overlooked, making it a peaceful backwater which Charles, and his wife Hannah, could fully see the potential of.

“The house had been in the same family from when it was built until the early 2000s, and as a result it needed significant work to make it structurally sound for the 21st century, although the more exciting job was to redesign it with modern, open plan living in mind.” 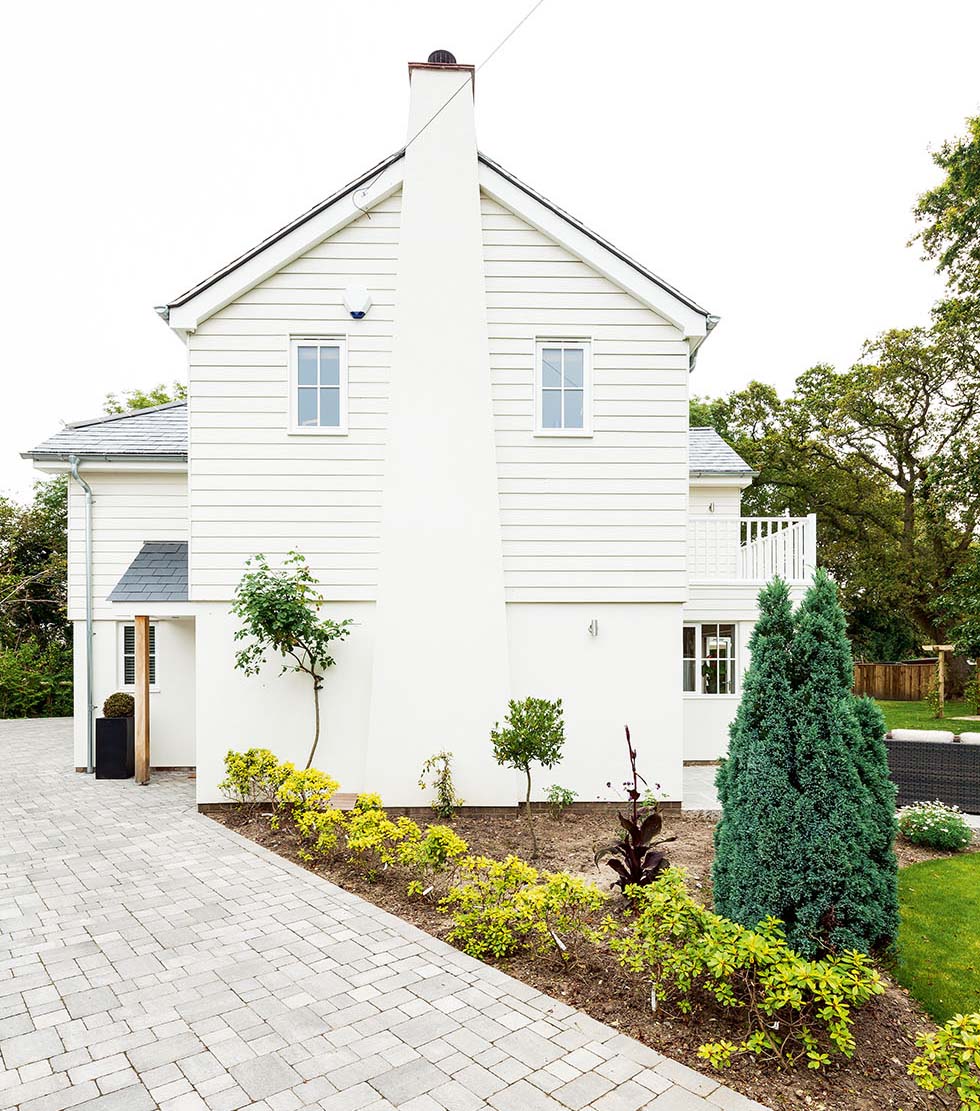 This was a rather unique project in that it was a true collaboration — Charles taking on the construction side of the project, with Hannah designing the interior layouts and finishes. “We bought the place and picked up a second hand mobile home to site in the garden,” explains Charles. “We paid £4,000 for it, and a year later we sold it to someone else for £4,000.”

The main basis of the scheme was to strip back the structure and – through a significant extension and remodelling scheme, which nearly doubled the size of the place – create a modern family home that looked equally attractive from the outside. Planning permission was required but swiftly granted, as the fear was that the site could easily accommodate three or more houses.

Part of this process involved dramatically improving the thermal efficiency of the house, which was achieved by packing existing parts of the structure with rigid slabs of Rockwool insulation and expanded foam insulation in the floor structure. As the couple had decided to reclad a significant part of the external walls using Marley Eternit’s Cedral boarding (it’s zero-maintenance fibre cement rather than timber but looks almost identical, and comes in 22 pre-coloured finishes, meaning no painting), they were able to hide an external wall insulation system cleverly, too. There’s solar thermal panels on the roof as well as a woodburning stove in the living room, which provides ample spot heating around the open plan ground floor in order to reduce the heating season.

The new exterior is very charming, with the white boarding and strong gables giving the house a New England feel. Inside, the ground floor manages to be both light – thanks to the two sets of folding sliding doors that open out onto the garden – and warm, thanks of course to the stove but also the exposed brickwork wall that partially separates the kitchen from the dining space. Upstairs, high-quality bathroom fittings help provide a real sense of luxury. 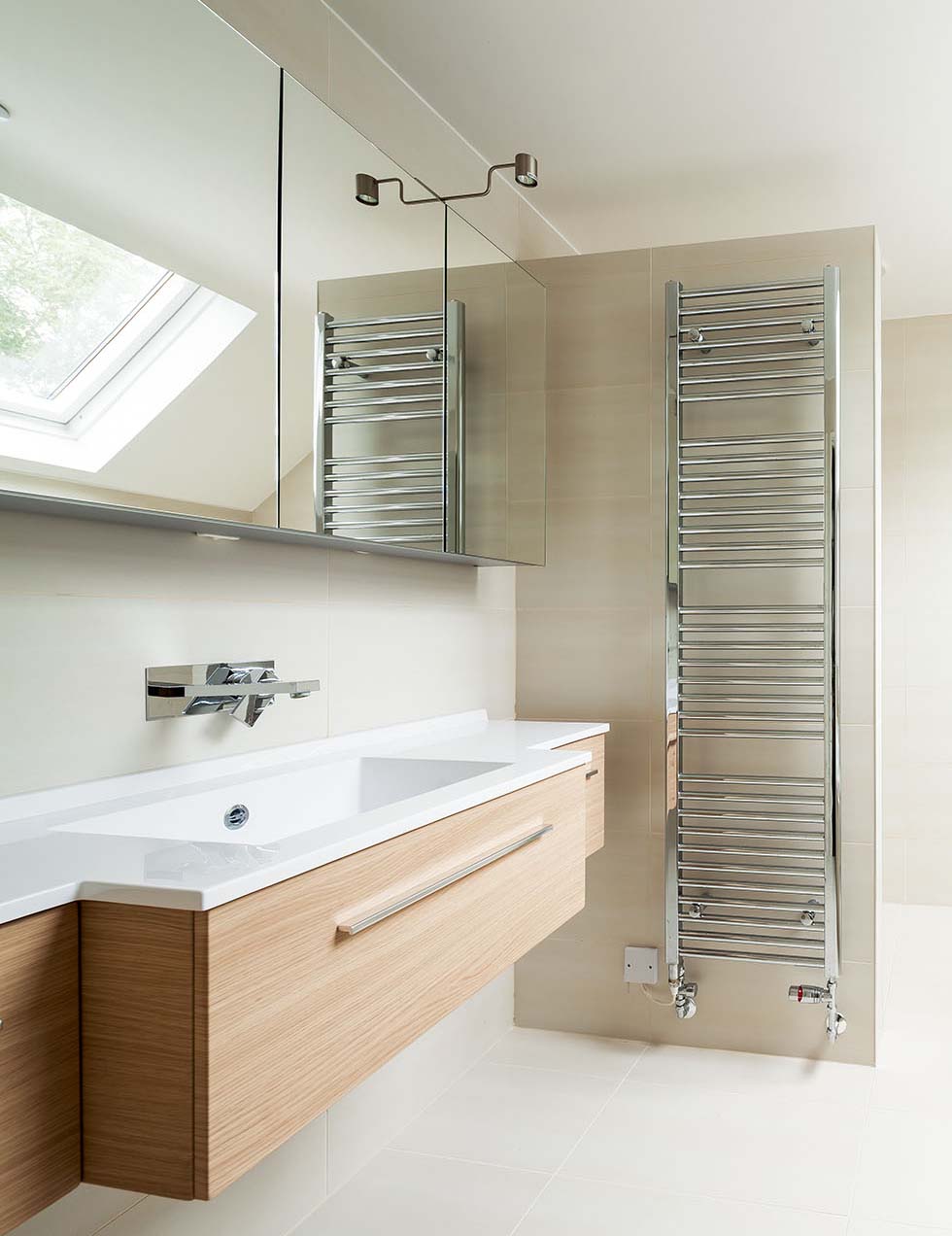 This is an accomplished, well-designed and ambitious remodelling scheme — there really is very little evidence of the previous house at all. “We did think about knocking down and starting again, but having been involved in these rebuild/repair decisions before, I knew that we were on the margin,” says Charles. “In the end I think it just about made sense to keep what we had (and therefore miss out on the 20 per cent VAT savings you can enjoy by building from scratch as opposed to renovating) and I’m not losing any sleep over it.”

And what of the nine-month deadline? “Well, that’s what made it all so special,” says Charles. “We moved in in February 2012 — 10 days before our son was born. It certainly made all the hard work worthwhile.”