As in architecture as in life, sometimes the cleverest solutions, the ones that really appear to push the boundaries forward, are those borne out of the simplest approaches. This is undoubtedly true of the astonishing remodel and extension project undertaken by Ian and Lucy who, with the help of talented architect Dan Brill, have transformed their 1950s detached home into a quite remarkable contemporary-style family home.

“We were renting just down the road, and loved the area so much we wanted to stay here,” says Lucy. “We always wanted to do a new build and when this house came available, we went after it.” Architect Dan Brill, who they appointed upon the recommendation of friends, takes up the story.

“The planners, however, wanted us to keep what was, frankly, a quite banal post-war home because it was in keeping with all the other houses in the neighbourhood,” he explains. But far from giving up on the dream of a stunning contemporary home, Dan realised that the couple’s goal was still achievable.

“It was the planning constraints that gave rise to the concept,” says Dan. “The conceptual approach was to treat the existing house as a veil or stage set which keeps the façade to the street but nothing more. We kept the minimum that was needed to satisfy the planners and all the rest was unashamedly modern to meet Ian and Lucy’s brief, which was to provide a large open plan living area and series of bedrooms. 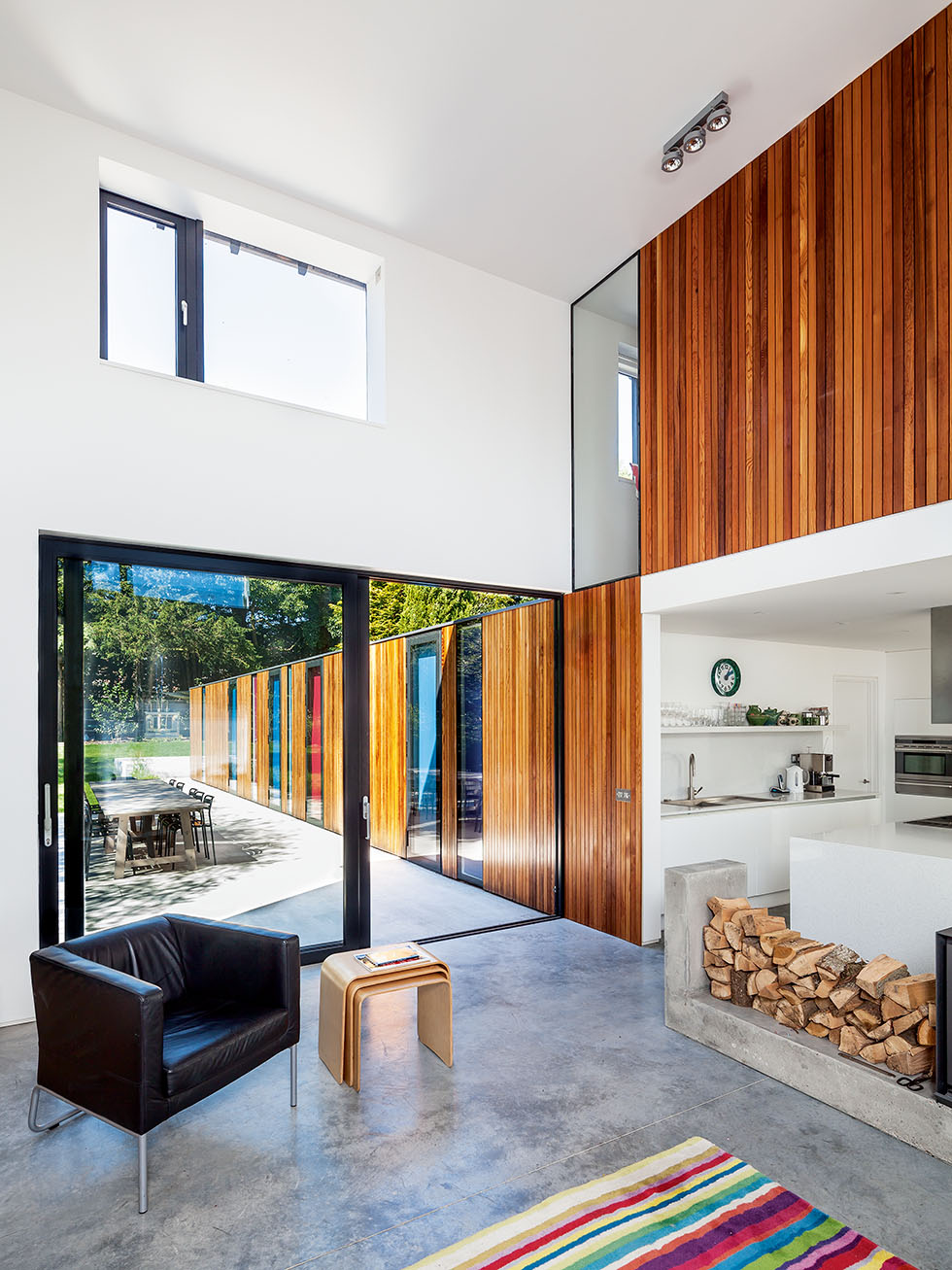 The only way we could do that was to turn the existing house into the open plan living area – involving gutting all the small rooms that were there – to create a single large space. The question then was where to put the bedrooms. The concept of a long box that skewers through the house was quite a good solution. It allowed us to provide a line of bedrooms all linked by a corridor. It was quite a radical idea but one that has worked out really well.” 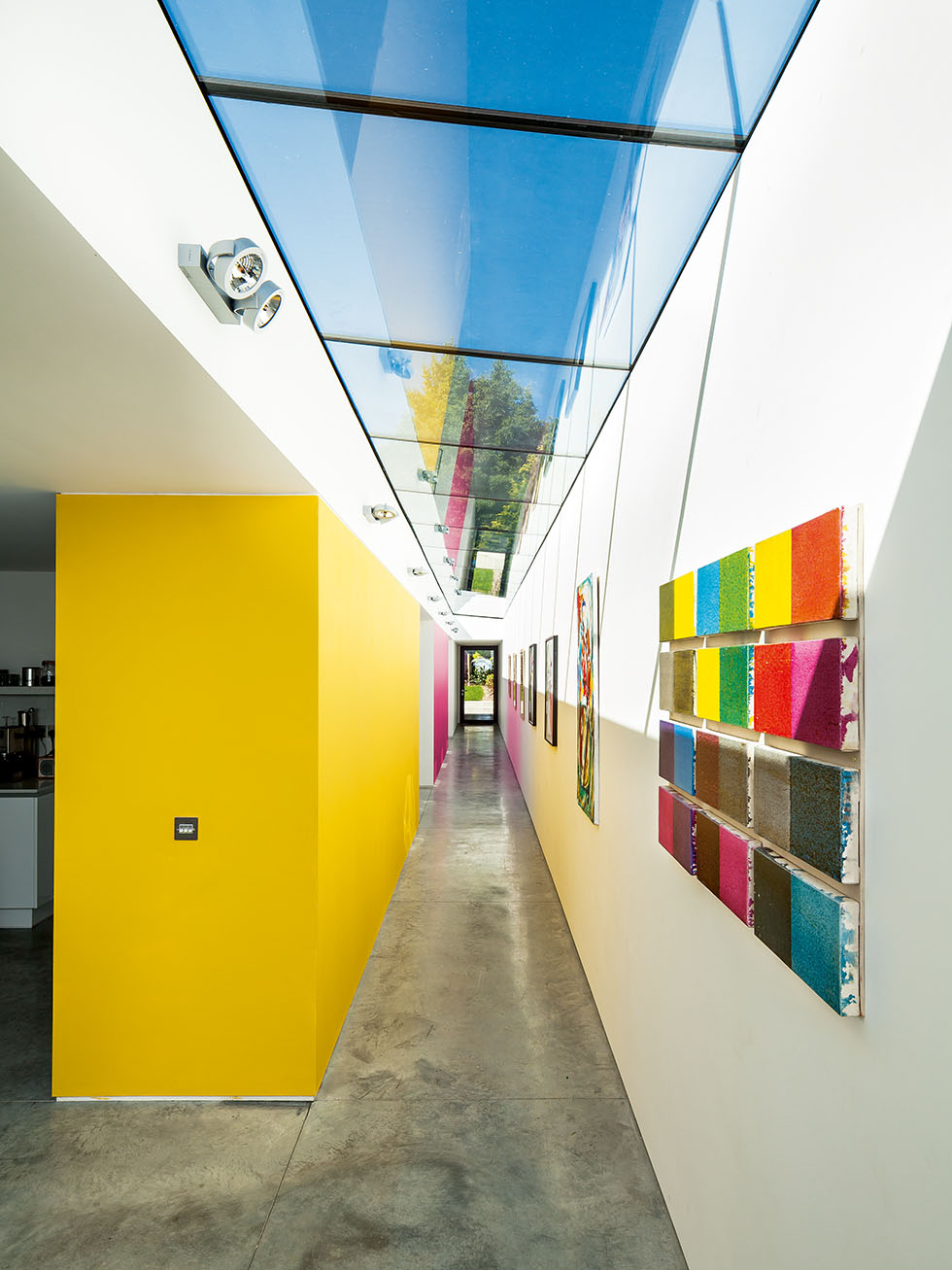 Radical is certainly one way to describe it. The existing house, with almost all internal walls and most of the first floor structure ripped out, has become a dramatic double- height open plan living space.

From the front elevation, all that appears to have changed is the addition of a modern-looking, boxy porch. Yet this is in fact only the front end of the long, single storey dissecting extension structure, which accommodates four bedrooms all served by a corridor on one side, and all opening onto the garden on the other. It really is quite remarkable and easily one of the most imaginative, thoughtful and radical reworkings of an existing house ever seen in the UK. 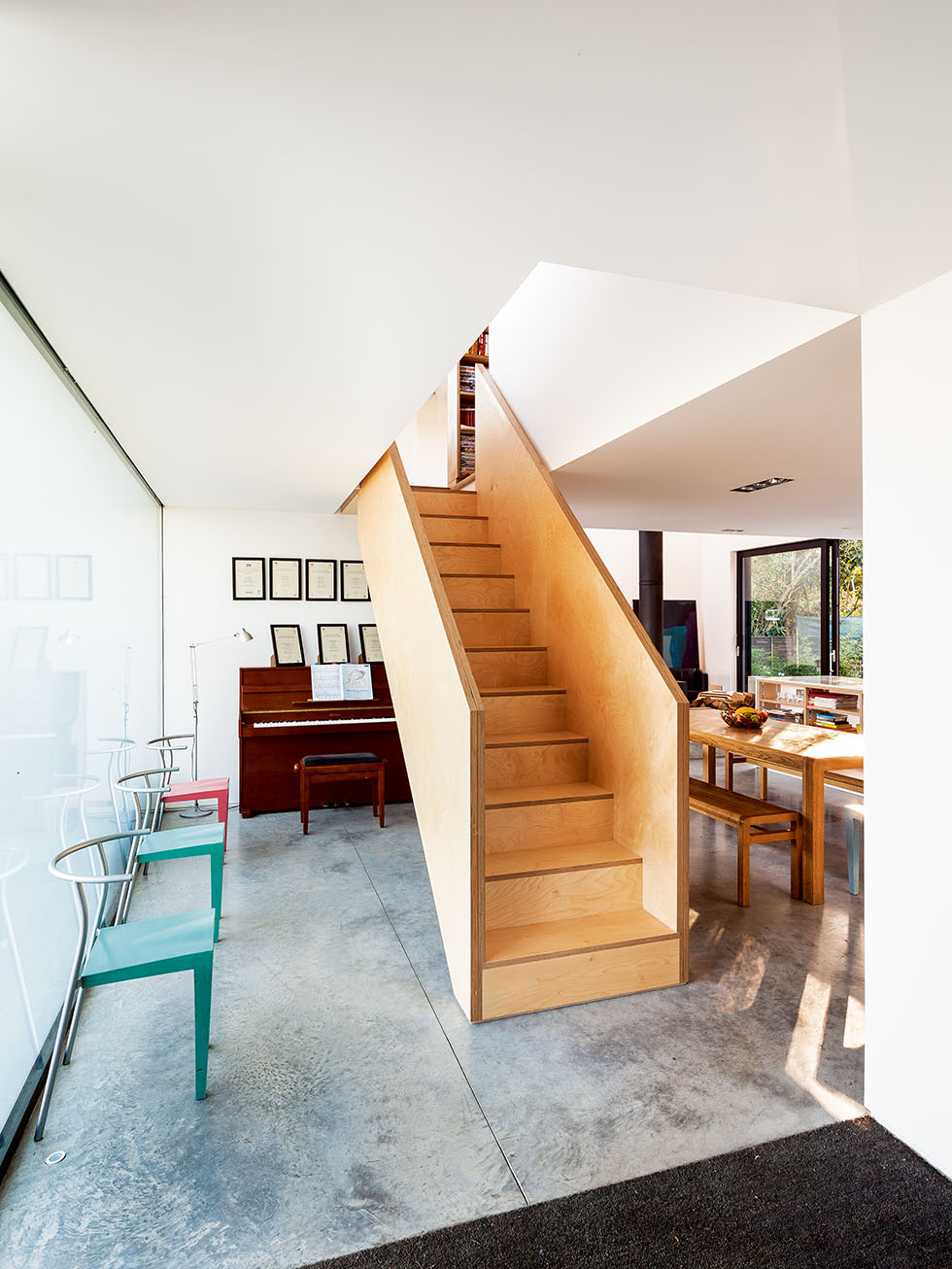 The lesson for those wanting to take on a radical reappraisal of an ordinary house? Be bold, and jump right in. Dan says: “Ian and Lucy were brave clients. I think people need to trust their architect. The biggest problem is that clients don’t trust their architect enough and they tend to get involved too much. If they genuinely trust the architect they get the most out of them — let them do what they do best. Ian and Lucy were terrific at that. They would always ask me, ‘what do you advise’, and then they would take the advice. We could see that Ian and Lucy were 100% behind us and trusting us all the way. Architectural projects rely on fantastic clients as well as fantastic architects.” 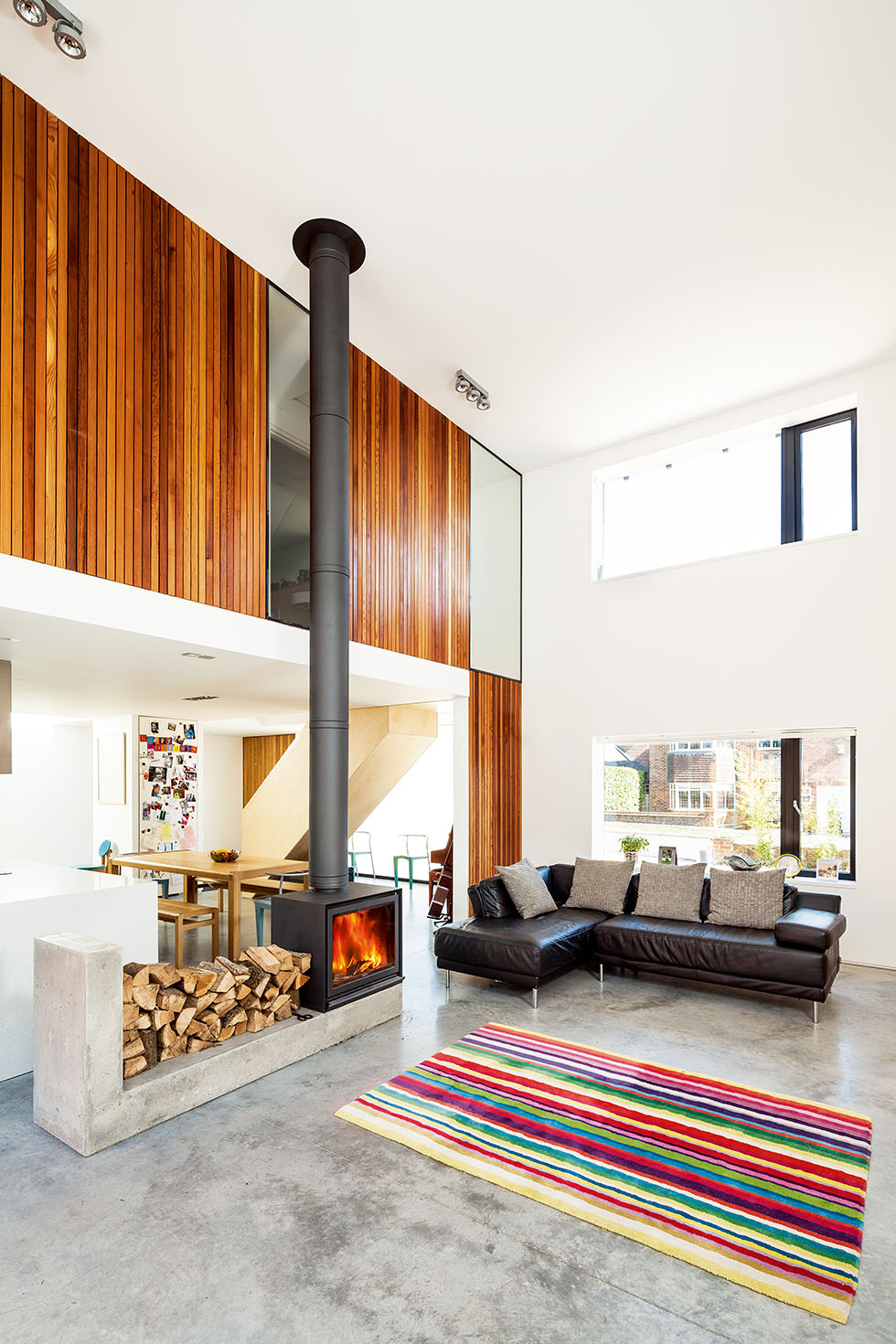