Robert is the Squire of the North Yorks village of North Stainley. His family has held the 1,400 acre estate since 1516. The signs at the entrance and exit of the village have the family crest of a stag’s head on them. Even the village pub is called The Staveley Arms.

With such a traditional background it is hardly surprising that, having decided to hand over the large Georgian family home, North Stainley Hall, to his son James, Robert should have wanted to move to a similarly grand house as a retirement home for himself and his wife Lynne.

Robert has a good pedigree in self build. As well as undertaking a comprehensive restoration of North Stainley Hall in the 1980s, he masterminded the building of 45 new traditional-style houses in the village over a period of 33 years. It was with confidence therefore that he set himself a number of conditions as he and Lynne planned the seven-bedroomed new Georgian-style house on the site of a dilapidated farmstead on the estate.

The Staveleys were keen that their new house should be economical from an energy point of view. “I always loved our old family house but I often referred to her as my mistress: very beautiful, but very expensive to keep, with a serious drinking problem — oil,” Robert says. 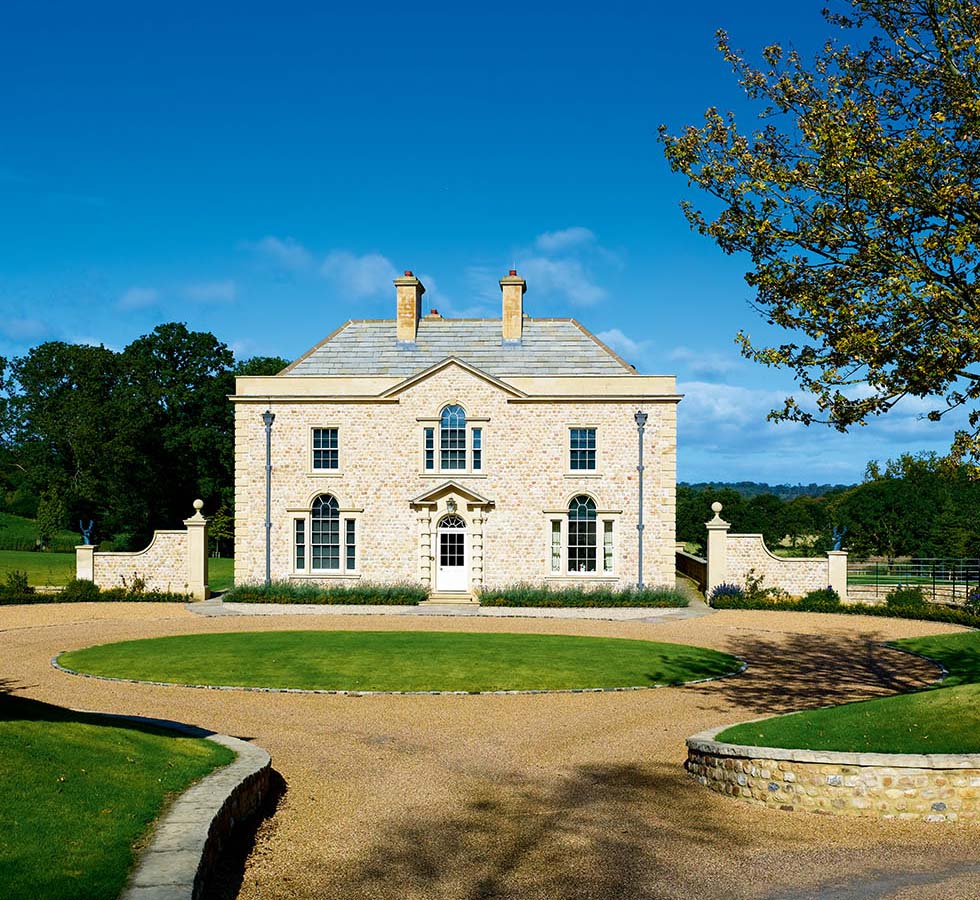 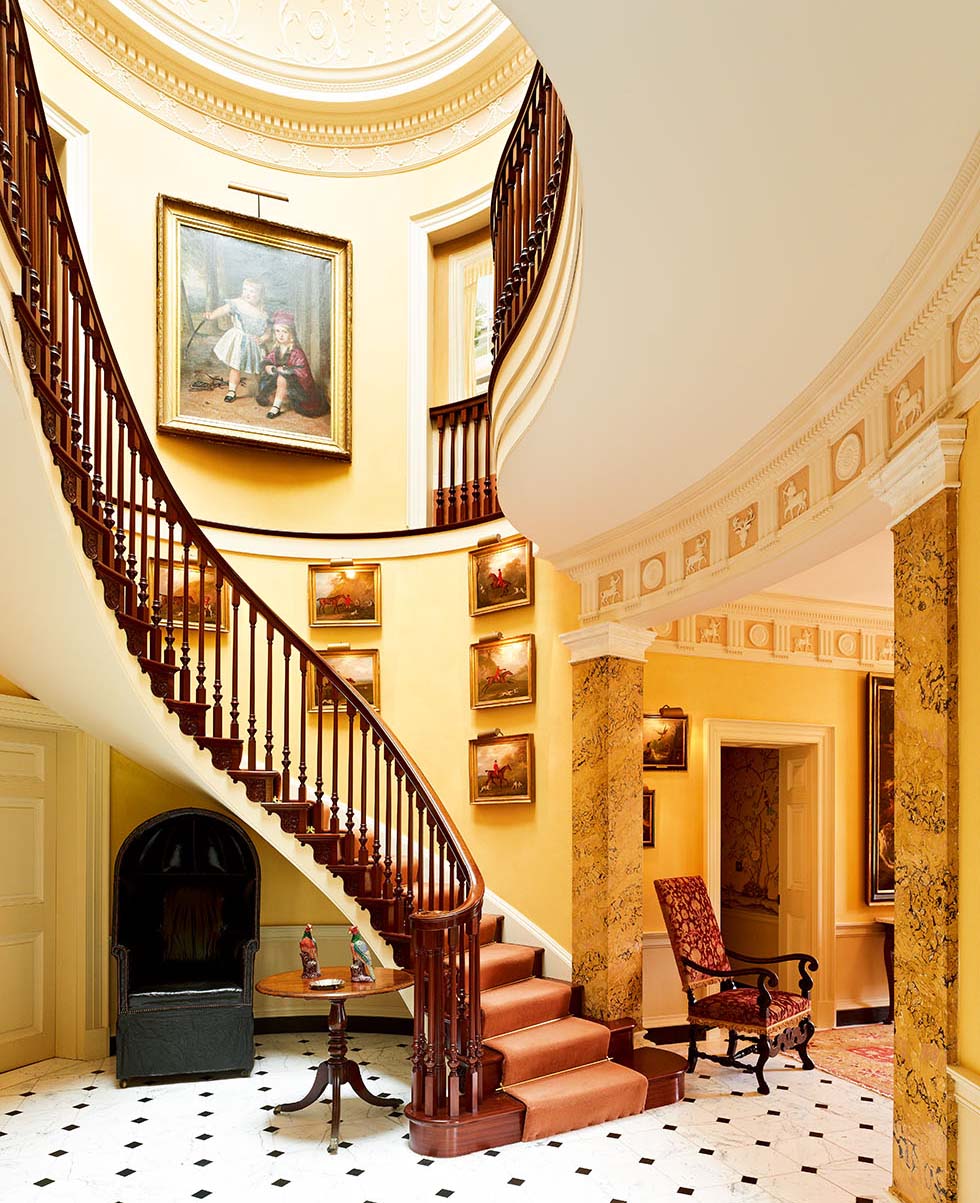 Robert’s search for modern materials led to an unusual choice for the walls and roof. He chose hemcrete, a mixture of lime and the inner core of the commercial hemp plant, that would provide a wall deep enough to house full-size shutters, and so give an authentic feel to a Georgian-style house.

Apart from its obvious ecological credentials hemcrete, which has to be shuttered during the build but can happily encase a wooden frame, produces a breathing wall. Robert was also confident that it could be constructed by the estate labour force. He was proved correct. 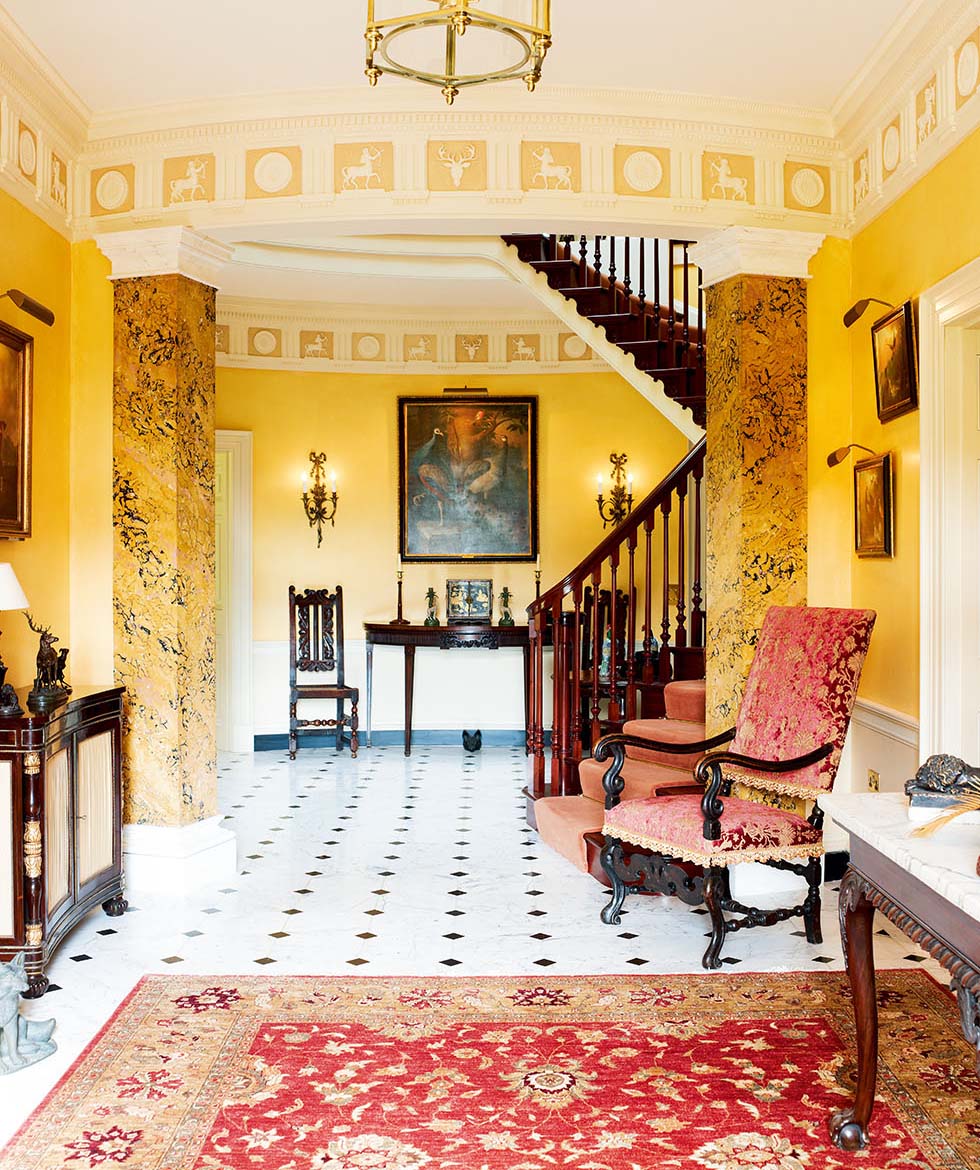 Robert and Lynne chose a near-square shape for the house for reasons of energy efficiency. “The Georgians so often got it completely right in this respect,” he says. The Staveleys also chose to have a full basement, which houses work rooms, storage space and utility rooms, and to clad the exterior of the house with dressed cobbles picked from fields on the estate. 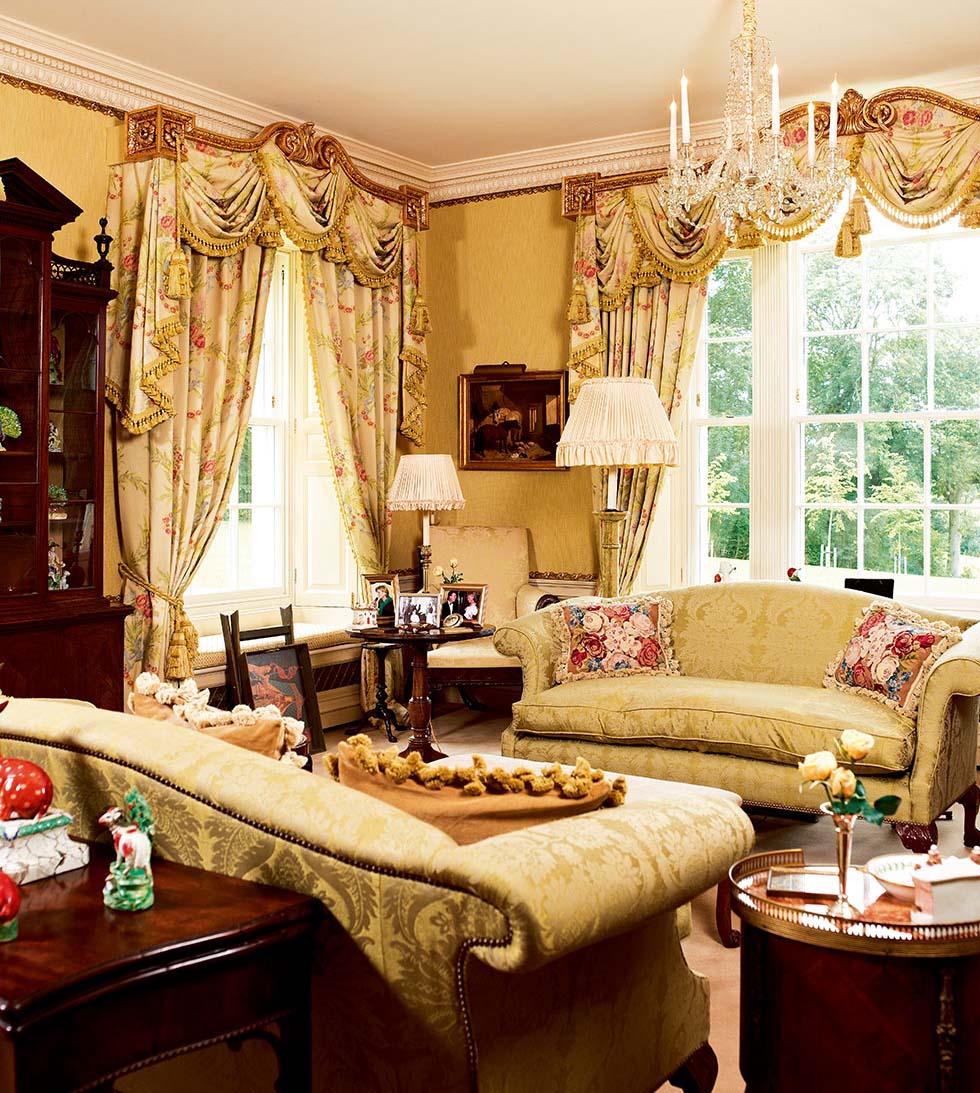 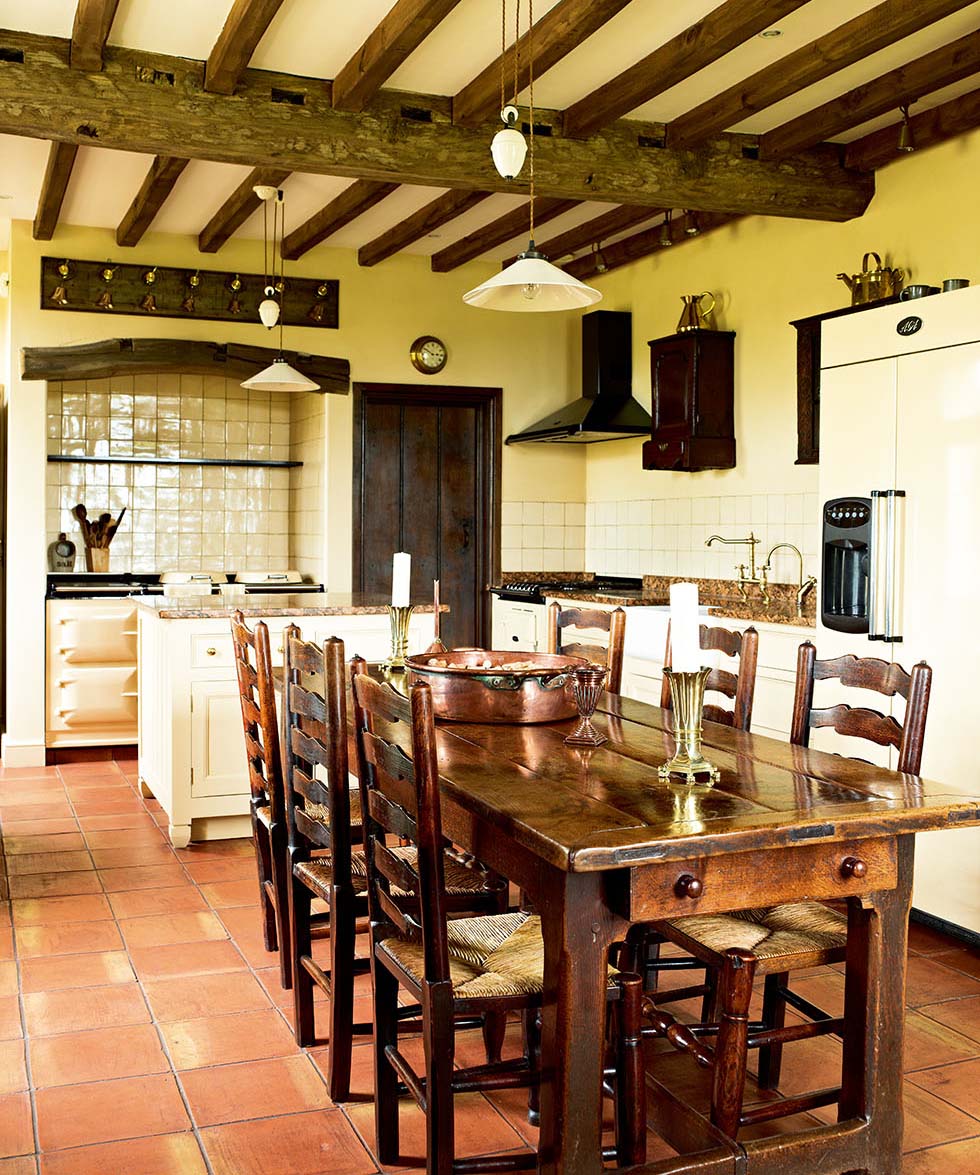 “In the end the build cost £1.8million,” Robert says. “But this was to an extremely high specification, with an interior including a glass dome, complicated window blinds, hall murals, very extensive period plastering, and an absolutely sumptuous curved oval staircase. Done in a more basic way I reckon I could have succeeded on a budget of £350-£400,000.” 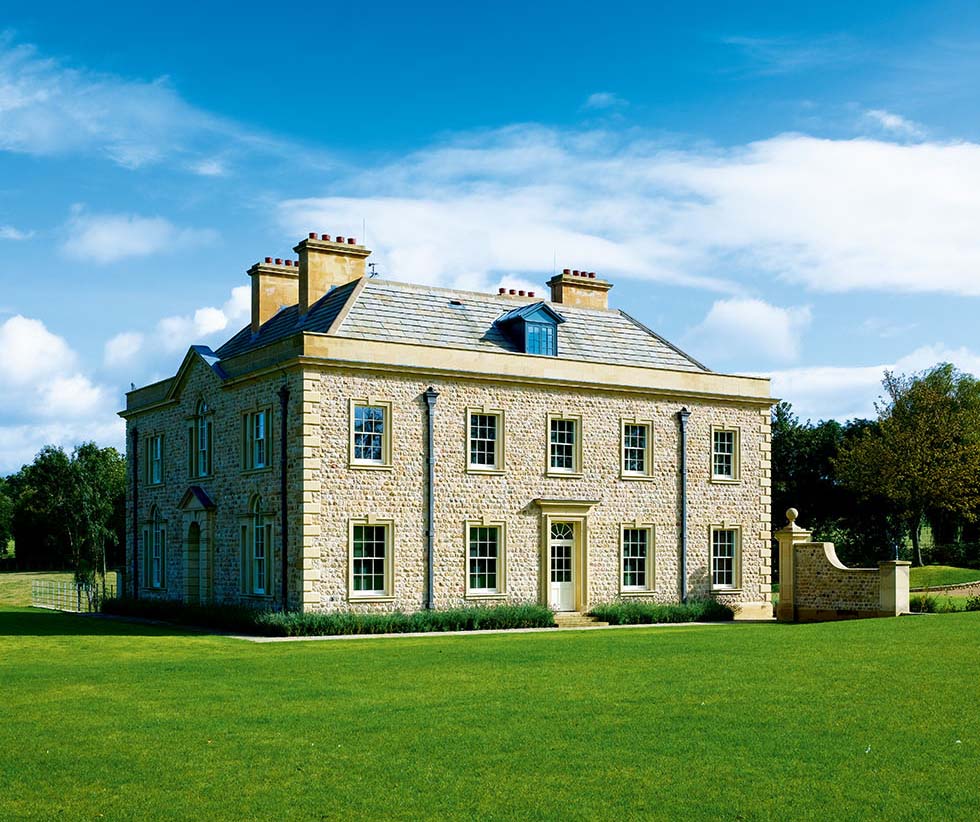 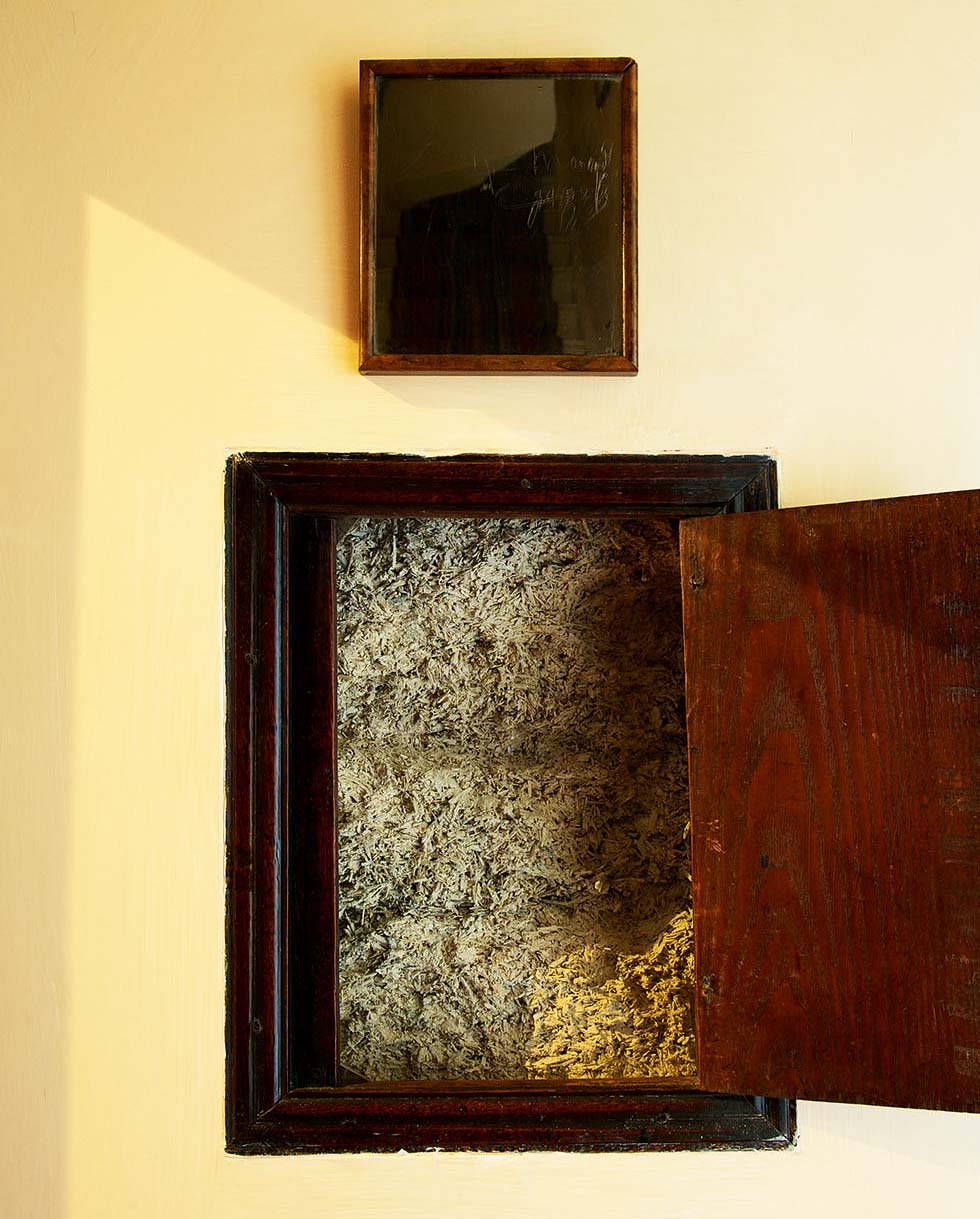 The overall result is a perfectly proportioned Georgian-style mini-mansion, that combines total visual success and an authentic feel with modern materials and energy efficiency. It is a perfect blend, that has won awards from the Georgian Group and the York Guild of Building Craftsmanship — and now ‘Best Traditional Style Home’ in The Daily Telegraph Homebuilding & Renovating Awards 2012

“You can do anything if you put your mind to it, and that includes building beautiful, large, traditional country houses that can be heated economically,” says Robert. “We have put everything into this house, and the hope is that it will still be standing in 500 years’ time.”