A Victorian School Converted to Family Home Skip to content 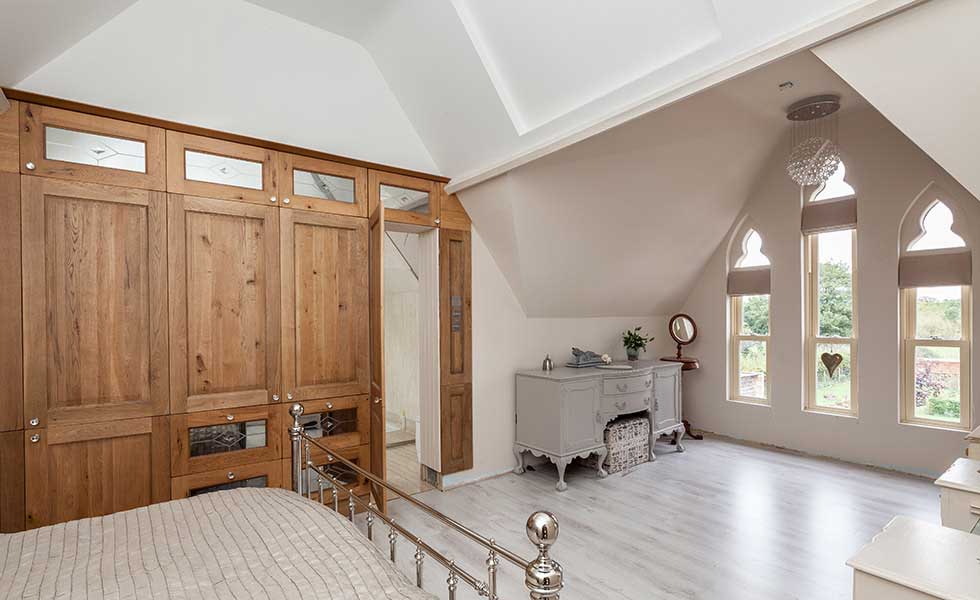 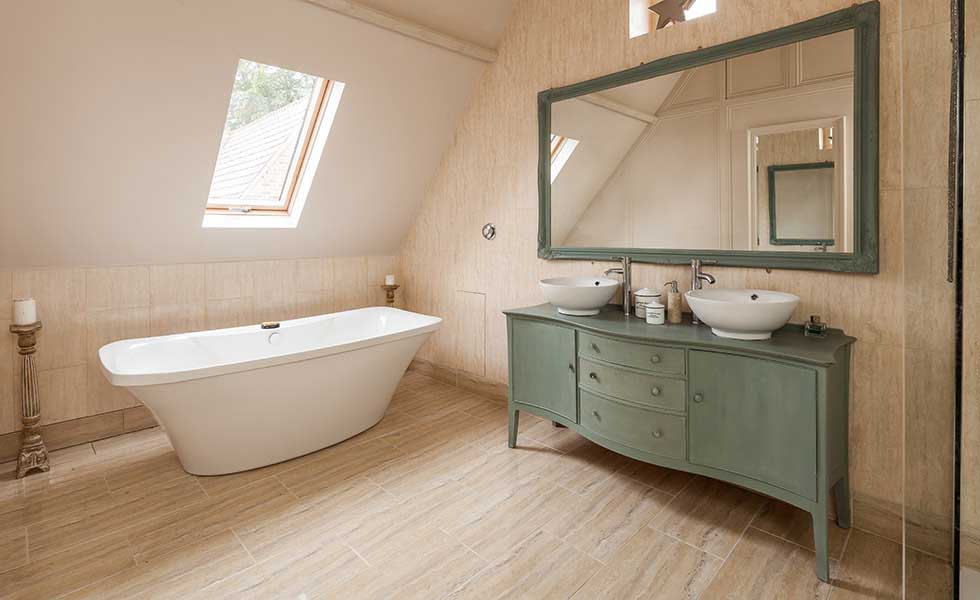 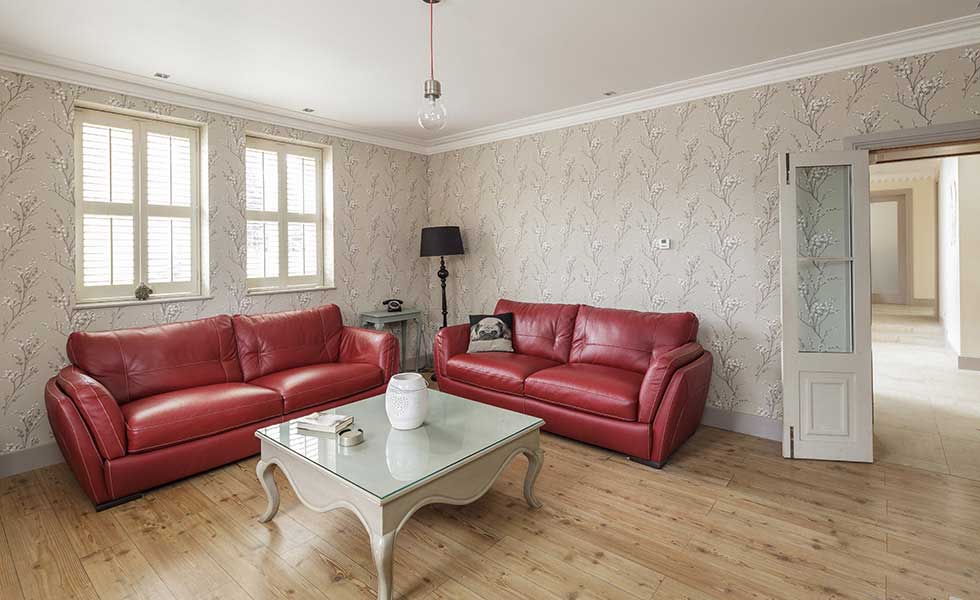 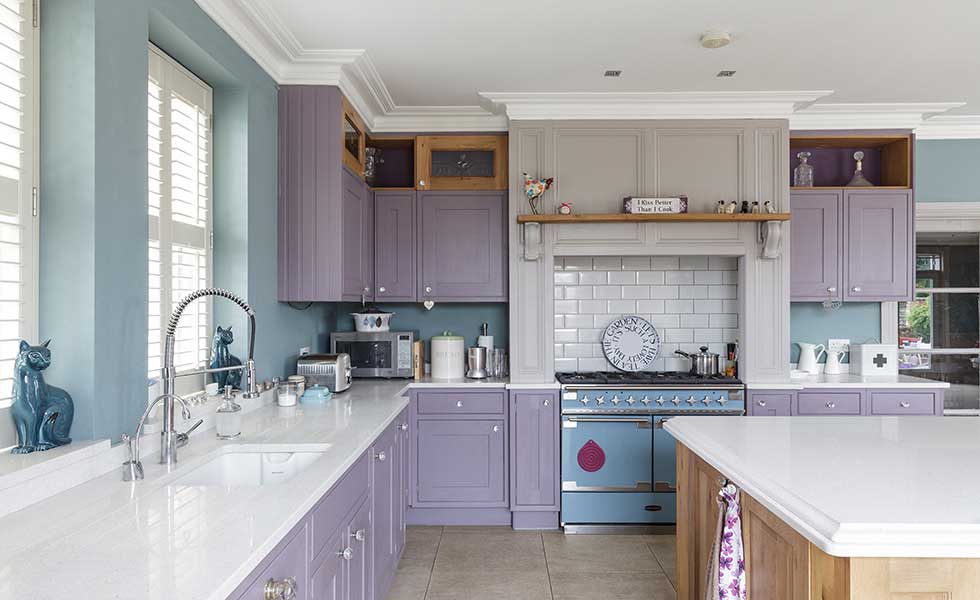 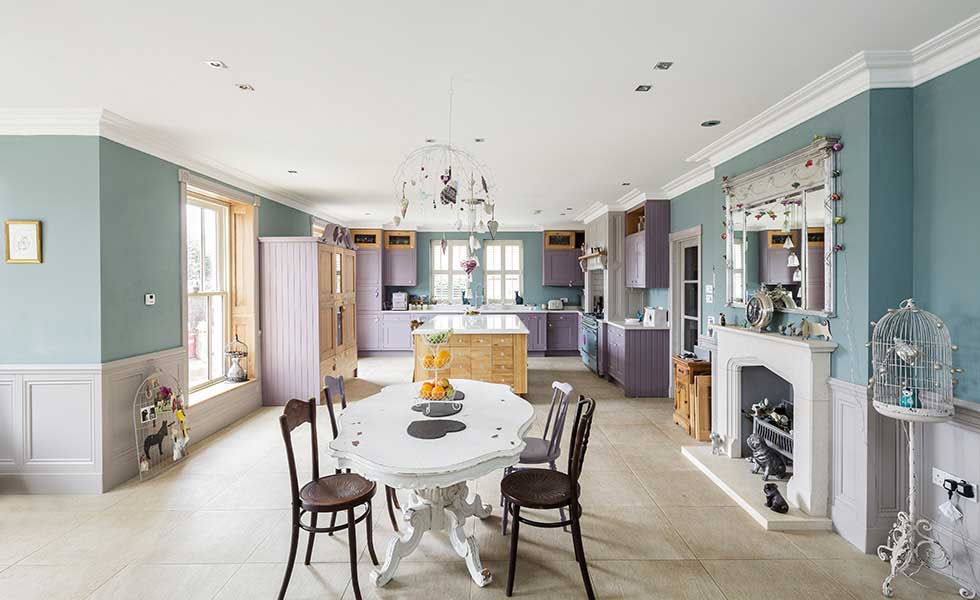 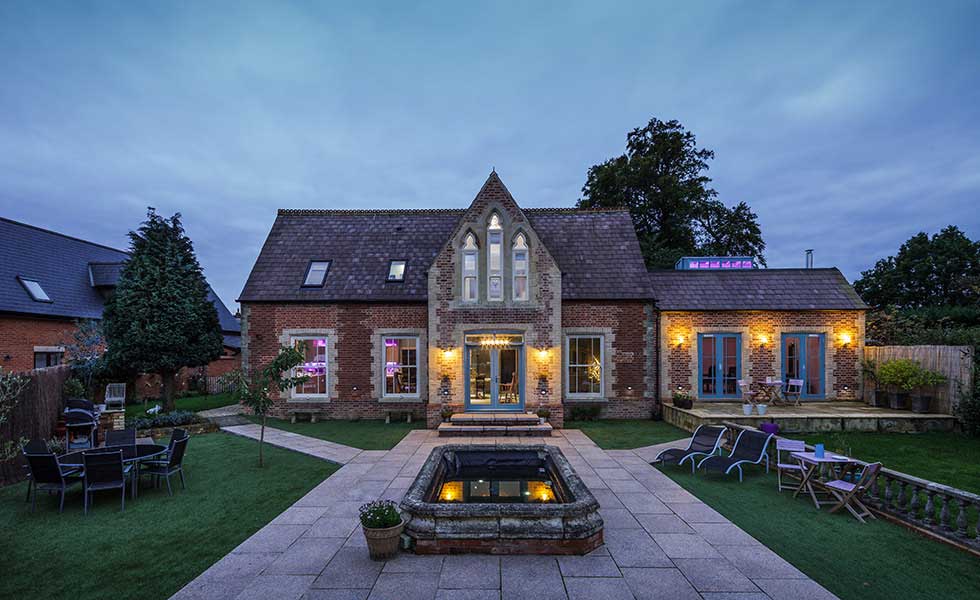 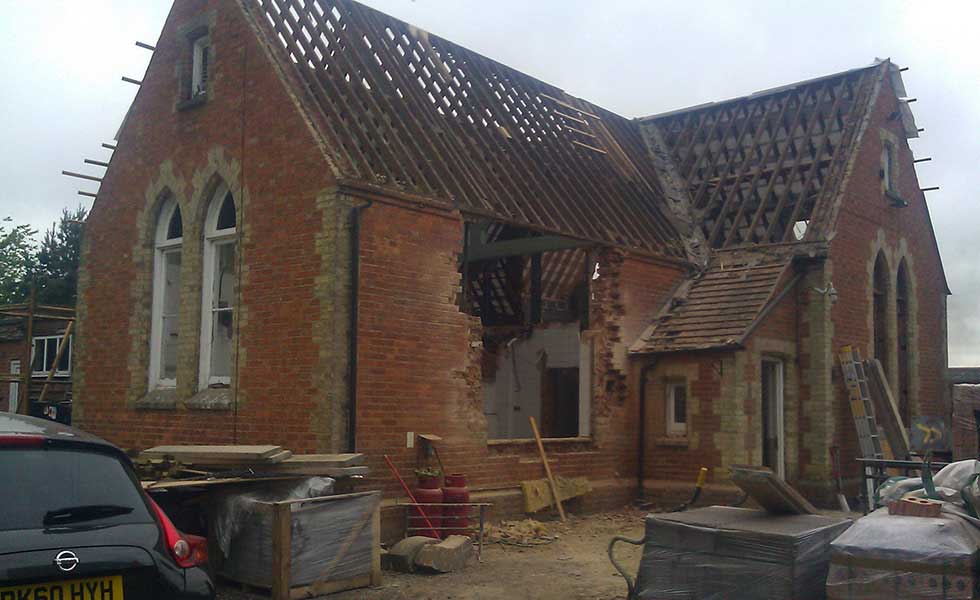 When Chris and Jenny Looker converted this Victorian school, the near-derelict building comprised the original school from 1875 and several additions including a prefabricated canteen from the 1940s. It also included a 1980s extension built after the school closed in 1977.

The footprint of the building remains the same, but the couple have knocked down most of the additions and rebuilt the 1980s extension using materials and reclaimed items to match the original Victorian school. They have also extended upwards into the ceiling void, as the floor to ridge height is over 7.5m, making it viable to introduce a first floor inside the building.

Among the reclaimed architectural features are oversized (2.5m-high) doors previously used as dividing walls in a Victorian church and reclaimed patio slabs, originally from Leicester Square.

At night, the coloured LED lighting scheme in the kitchen diner is clearly visible

The purple, grey and blue colour scheme was recommended by Farrow & Ball

The linings for the oversized doors, as in the living room, were made on site

Underfloor heating is used throughout, including the second storey ensuite bathroom