Would you believe this is a new build? Thanks to its creative owners, Tim and Vanessa Willes, this Cotswolds home hides its age very well.

Tim Willes is a builder, but don’t let that cloud your judgement. As a builder he has been responsible for the restoration and building of some fabulous homes, amongst others, the underground PassivHaus (one of the first in the UK) that featured in these pages a couple of years ago and on Grand Designs.

He demands the highest standards, and precision, and good design to work with, and so it’s no wonder that his own house, built over a period of nine long years with wife Vanessa, is a masterclass in quality. 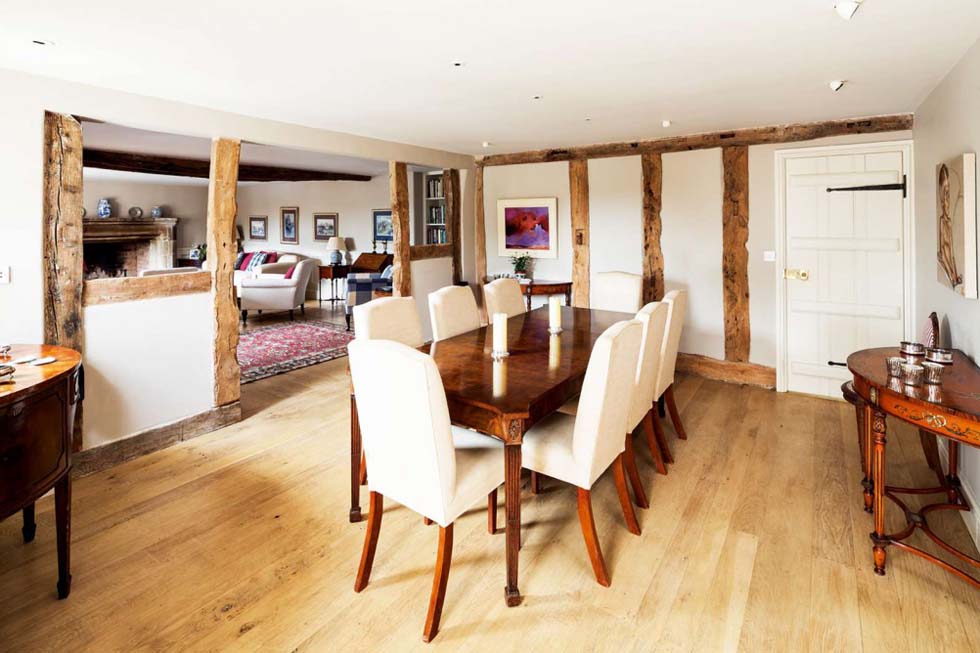 As with all great new houses built in traditional style – the ones that, somehow, mainstream commercial house developers never get right – it rather defies belief that The Coach House has been around for just months rather than centuries. “We tried to make the whole house evolve as if it had grown over a period of time,” explains Tim. “The main structure is in stone (which is the ‘barn’ style part of the house which serves as the front-facing elevation), then there’s a brick addition and a timber extension — all of which evolved into a family home.”

Planning was relatively straightforward for the infill plot. “The planners were very helpful,” says Vanessa. “Providing we built in a period style they were more than happy. It was much easier than we thought it was going to be, despite the fact that we were in an Area of Outstanding Natural Beauty.”

Tim takes up the story. “We took an incremental approach to planning permission, which has worked successfully for me in the past. It’s important not to hit the planners with a massive scheme that would require a huge change. Go for the principle of building, first, then gradually increase the size and scale of the submission after each approval — it’s more difficult for them to say ‘no’ that way as they have to assess it against what has just been approved.”

In true builder-fashion, Tim had to fit the construction of his own house around his day job, using weekends and holidays to focus progress. Hence the nine-year build time — which, as it required certain parts of the house to be finished, tied in naturally with the design approach of an old barn extended over the years. 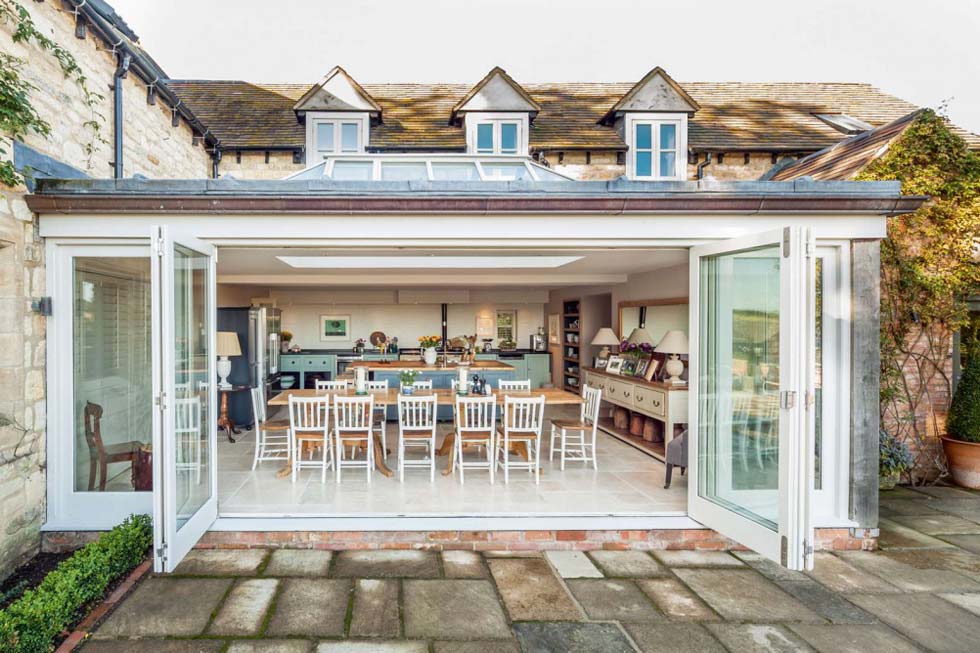 “Sourcing the materials, both interior and exterior, has been great fun, with loads of weekends spent at local reclamation yards,” says Vanessa. What she doesn’t mention is that this hard work has been one of the keys to the success of the property, with the phrase ‘instant character’ hardly doing the place justice.

The main part of the house was the first to be built, with the exposed oak beams and posts, the cosy, low ceiling heights, open fires and stable doors all internally signalling the concept of a converted barn. On the outside, locally reclaimed stone, small windows and a large cart door convince visitors that this is a tastefully converted old barn. Then, with a lower ridge height, there’s a rear extension with dormer windows that, downstairs, houses the welcoming kitchen, which overlooks the courtyard garden through folding sliding doors. At the end of the extension, you go down steps (the change in levels being a further clever indicator of this being a house that has evolved) into a cosier living space. Beautiful, old oak trusses, left partially exposed, give the impression that this is an old house that has been artfully worked with, rather than created.

“It was good to get to the end, because there are some points when you don’t think you are going to get there. It was challenging to keep motivated over a nine-year project such as this, particularly when you can’t escape it, but we are delighted with the result.”