This superstructure cost may seem daunting – and expensive – at first glance. But you will find it an invaluable resource not only for costs, but for the necessary materials required on site, as well as the labour for this hugely significant part of the project.

These costings are based on a house built of masonry with a brickwork exterior to the ground floor and rendered blockwork to the upper storey. The internal leaf of cavity and partition walls is in blockwork. This allows for the use of a solid beam and block first floor and, in turn, means that the partition walling to the upper part can also be in blockwork. Therefore, virtually the entire superstructure is the domain of one trade — the bricklayers. They may even choose, as they’re on site, to take responsibility for the placing of the first floor beams and their infilling with blocks. Otherwise the groundworkers can often be called upon to come back for this.

The brickwork in this case has been enhanced by a plinth running the circumference of the building, complete with special plinth bricks. It is further enhanced by a waist band dentil strip composed of proud headers, which would add 1,000 bricks to the order plus extra time for the bricklayers.

The house in question has a hipped roof, meaning there are no gable ends other than that to the single storey ground floor extension.

Large room sizes and the fact that the first floor is smaller than the ground floor means that it is necessary to utilise steel joists in various places to support walls and floors above.

You may notice there is a difference between the amount of bricks and blocks listed as materials and the amount that are laid. This accounts for the 1,200 that have already been costed in within Foundations, the 1,000 for the waist course and wastage. The mixer hire was also costed in within Foundations. With the internal partition walls in blockwork, you can use steel lintels over doors and openings. But these costings have assumed the use of prestressed concrete lintels, which can also be used as spreader beams and padstones beneath steel joists. Although the cutting and scarfing of the wallplates is the job of the carpenter, bedding it normally falls to the bricklayers.

If you were to utilise an engineered timber floor instead of the beams and blocks, then the costs for the flooring would be around £300 lower. Cheaper still would be the use of standard timber joists, which would save around £600. But you would have to purchase joist hangers and, with both of these flooring systems, you’d need to put down the decking as soon as the roof was on, whilst with the beam and block, screeding could wait until later.

While the crane is on site, utilise it for the full time that you have hired it for, and get it to pick up and load out packs of infill blocks onto boards laid onto those beams that have already been positioned.

What about timber frame?

While we have completed costs based on traditional masonry construction, the choice of timber frame is unlikely to make much difference to the actual costs; however, it may speed up the build process. The internal blocks would be replaced by the frame, while the first floor would be timber or I-beams instead of beam and block. The roof and joinery would stay more or less the same, as would other areas of the specification.

How do you reduce these costs?

This is one stage where it’s not that easy to trim the costs, although there are some options:

The floorplan for the house costed within this series measures up at 227m² — much larger than the average family home. Four bedrooms on the smaller first floor share three bathrooms. Downstairs, the living spaces flow easily onto one another, with an open plan family kitchen being the hub of home life. 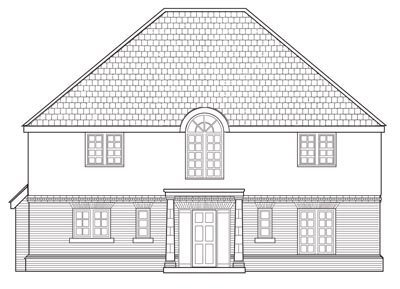 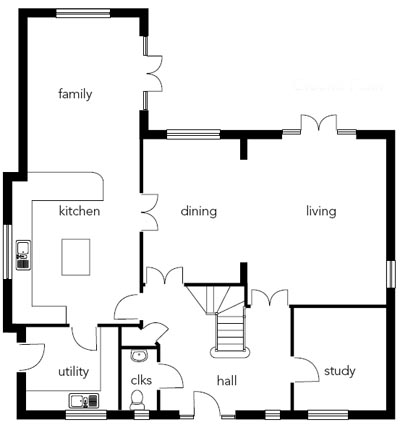 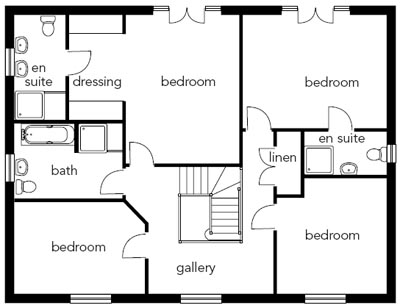 All prices correct at time of writing, November 2011

Special thanks to Estimators Limited (estimators-online.com 0161 286 8601) and Design & Materials Limited (designandmaterials.uk.com 0845 404 0400) for their help in the preparation of this series of articles.