One Home from Two Barns | Homebuilding & Renovating Skip to content The conversion of a pair of listed barns into a weekend retreat in Suffolk was not without its dramas, but the results are elegant, tranquil and well executed.

Chantry Farm Barn is a slick operation in both design and process terms. The conversion of two Grade II listed 17th and 18th century timber barns in Suffolk into a single family home, it is a masterclass in all those things that good conversions should be: full of dramatic, up-to-the-rafters spaces and contrasting cosier areas; filled with light thanks to the innovative use of limited openings; and with a sense of integrity and truth to the original building — everything that bad conversions, with their dormer windows and suspended ceilings and boxy layouts, fall down on.

If you’re going to take on a building of this history and this character, then you’d better be prepared to retain its key elements.

Yet it is not just the design of this place that should serve as something to aim for. This is a top-end project, one for a pair of London lawyers who could afford to hire one of the UK’s leading residential design firms, Hudson Architects, and a team of experts who could bring in the project to the £765,000 build budget (working out at around £2,000/m2 — not bad for a high-spec conversion project).

Wisely the clients appointed a firm called Andrew Morton Associates, who offer a quantity surveying service that, according to Robin Bertram from Hudson Architects, is common to many projects of this sort. AMA managed the building process on the client’s behalf, not only controlling costs but administering tenders, liaising with the builder and so on. Clearly, given the seamless construction process, a wise choice. 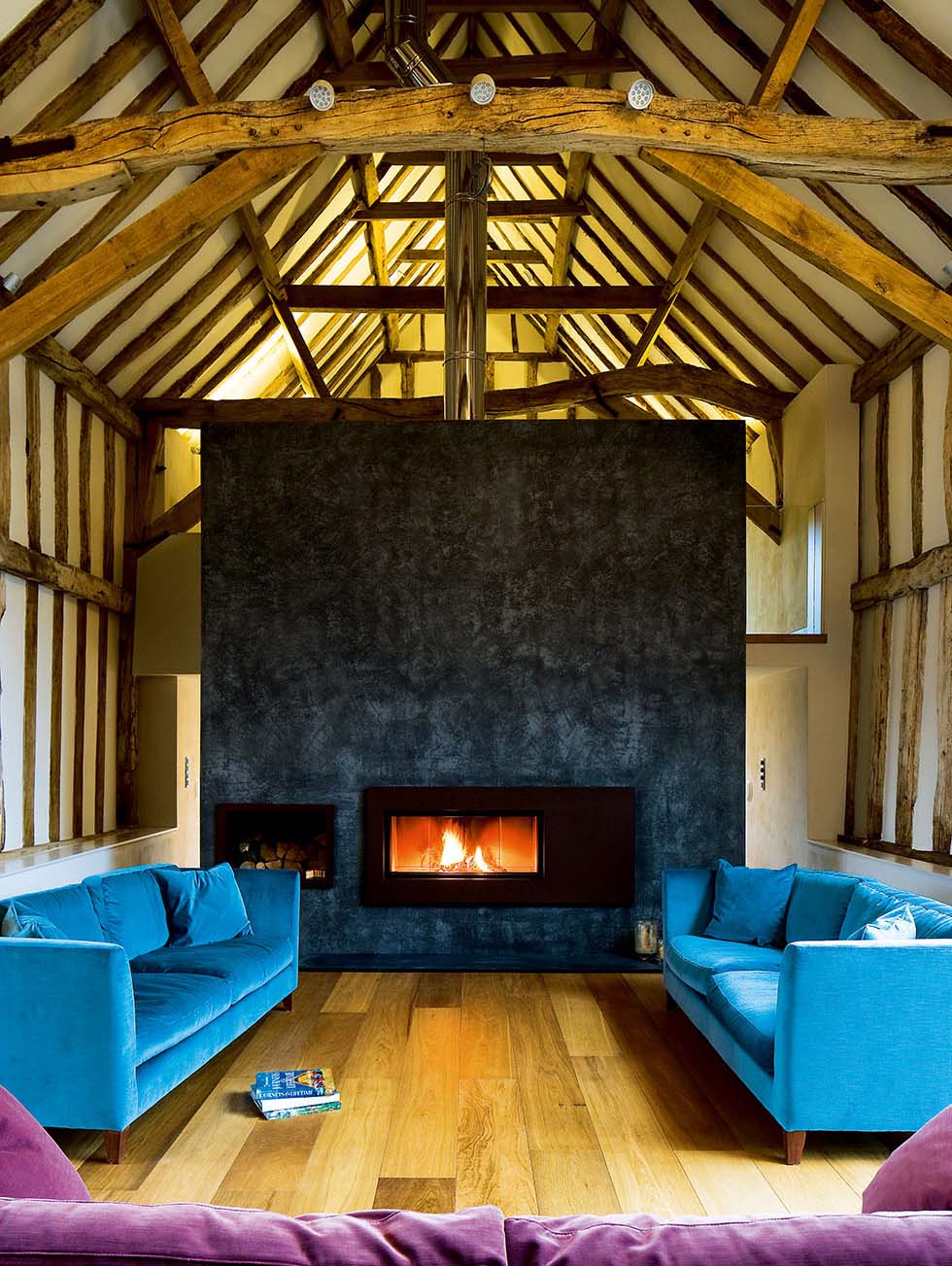 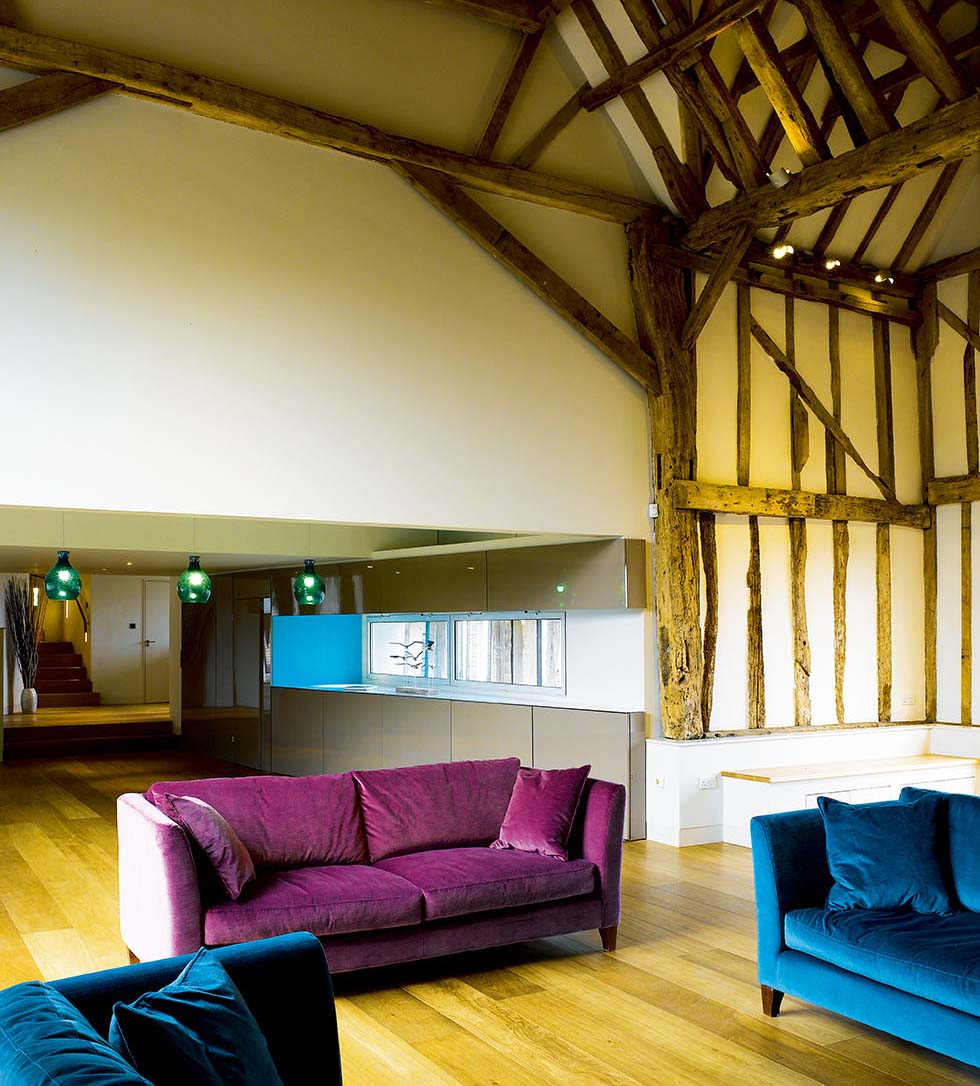 As it turned out, they were worth more than their weight in gold in terms of keeping a close eye on the details of the contract. Andrew Morton explains: “For instance, the specification of the floor slab was changed from limecrete to concrete. The contractor’s valuation was £17,515 and our valuation £5,639 — i.e. a difference of £11,876. The contractor had used an incorrect basis for calculating the change.

In other variations the contractor had included costs twice for the same change and had forgotten to give credit where works had been omitted. If we had not been involved these things would not have been picked up. In total I think we saved in the region of £30,000 but our greater value was in the support we gave to the clients and architect to ensure that the clients’ position was protected.”

Equally, in this case the contractor went insolvent, which meant having someone close to hand proved essential. As Andrew says: “Our role in this case involved advising the clients and architect concerning the correct procedure under the contract. We were also involved prior to the insolvency in highlighting the risks of employing the particular contractor and flagging up the warning signs when it was clear that the contractor was in financial difficulties.” 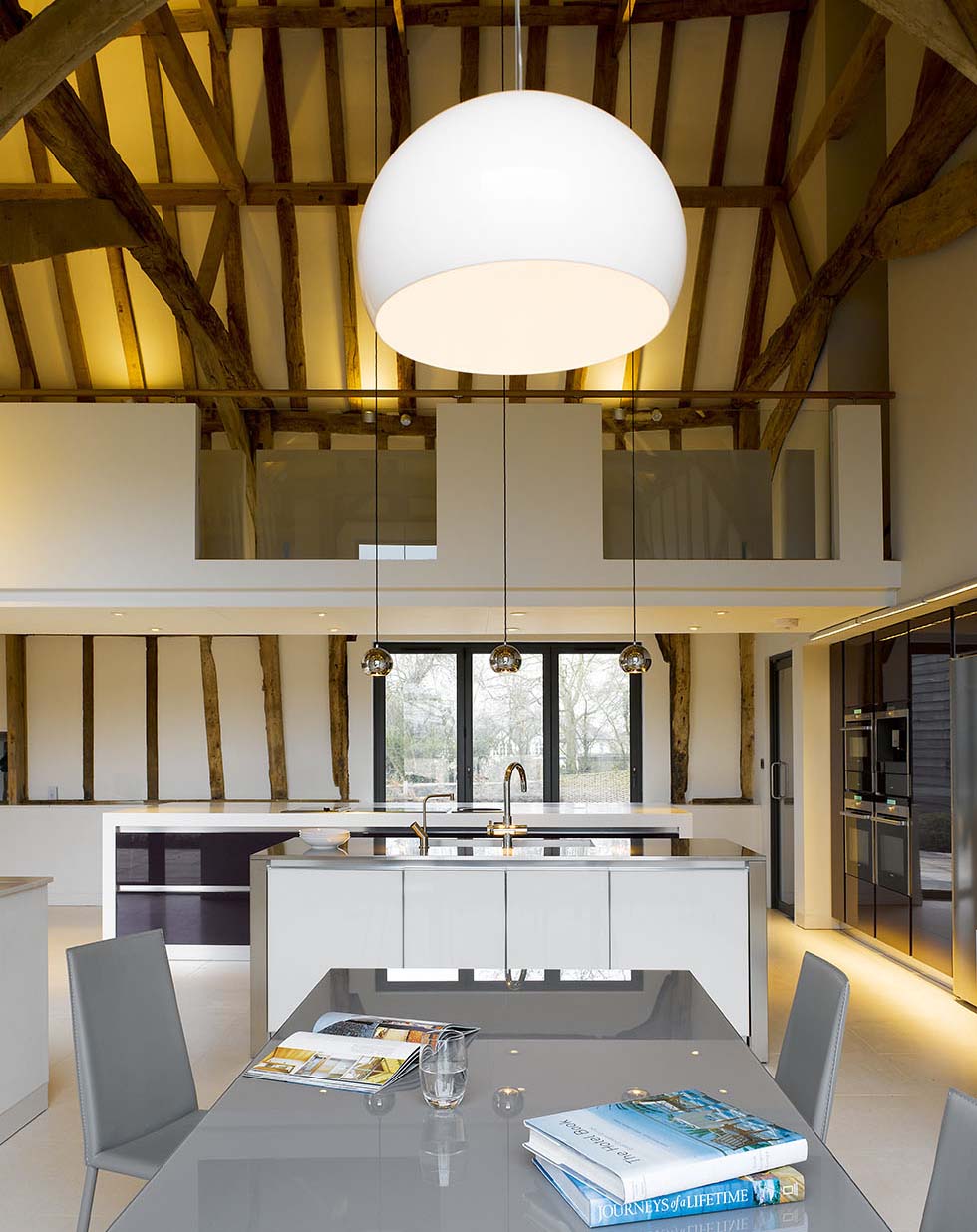 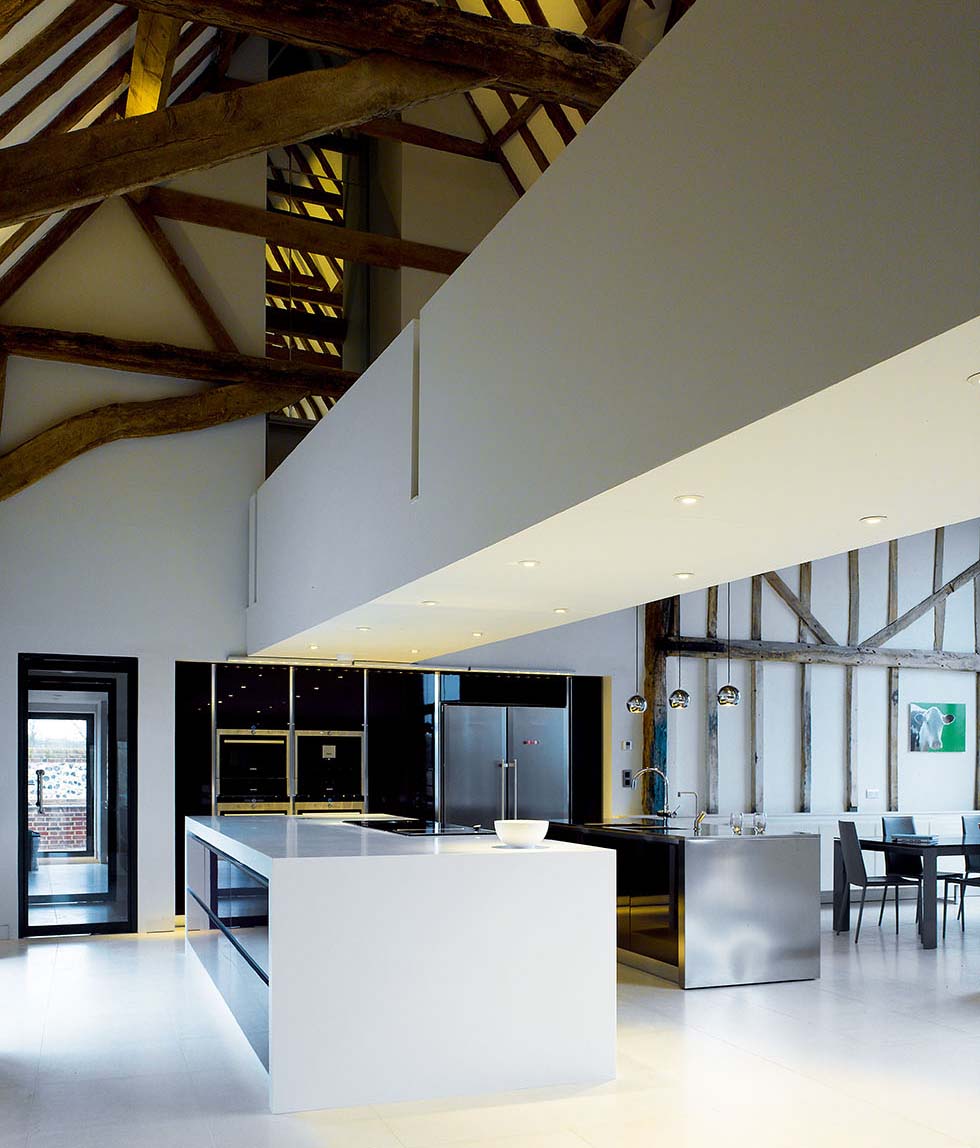 The barns already had planning permission for conversion when the clients took them on, engaging Hudson (whom they found through recommendation) to produce a more impressive scheme. “There had been a previous design proposal which was defeated by the sheer scale of the barn and the listed building requirement to keep a sense of the existing internal volume of the barn. This also couldn’t accommodate the rooms the clients were looking for,” says Robin Bertram.

“The owners wanted something exciting and innovative rather than a ‘standard’ barn conversion. They had a clear idea that they wanted a contemporary interior, so we developed this with them and worked with it to contrast the more agricultural exterior and historic fabric and to make best use of the fantastic setting and volume the barns offered.” The resulting L-shaped scheme offers generous bedrooms linked by a first floor walkway overlooking the main kitchen/living space. The other section of the property contains a second living area built around a wonderful polished plaster fireplace, with guest bedrooms upstairs. 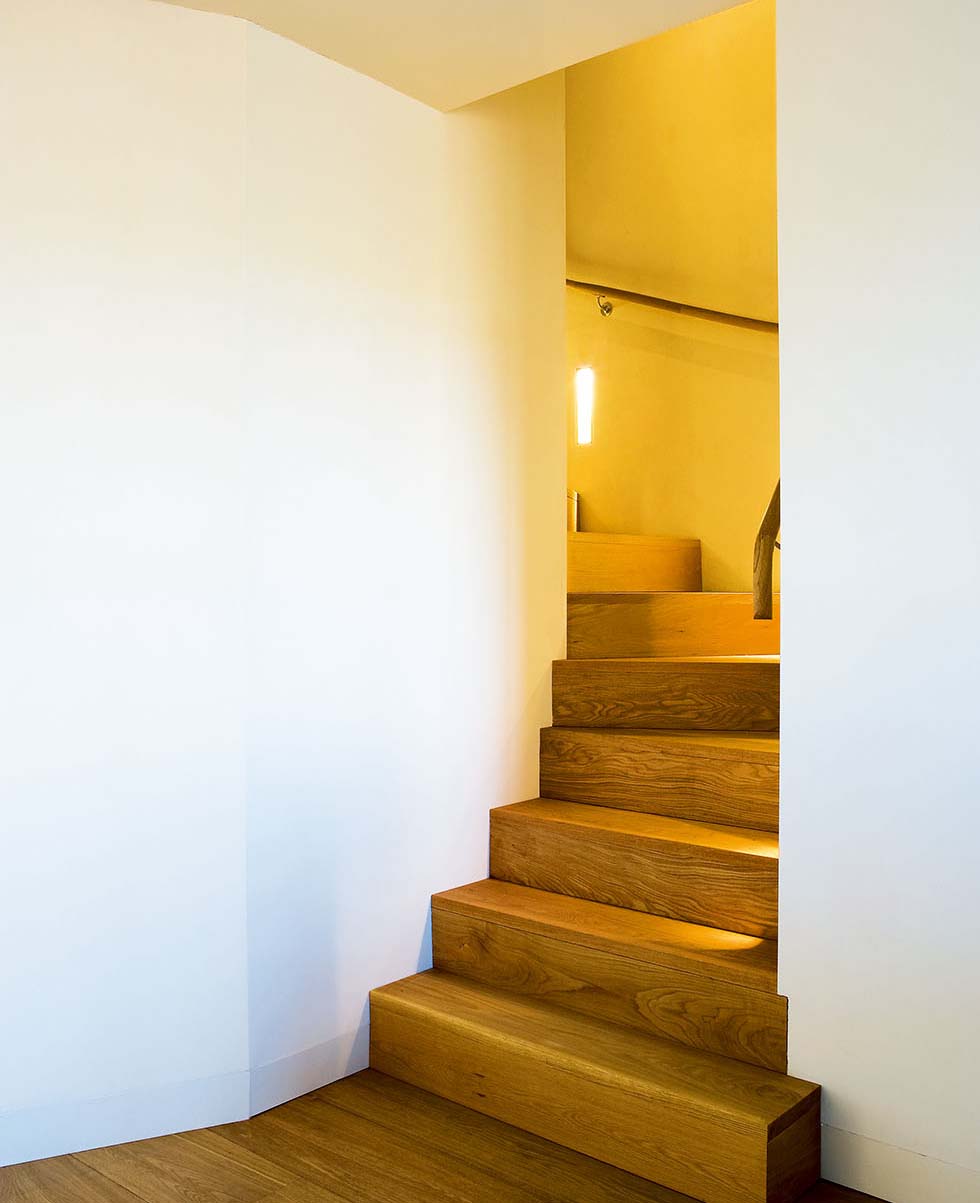 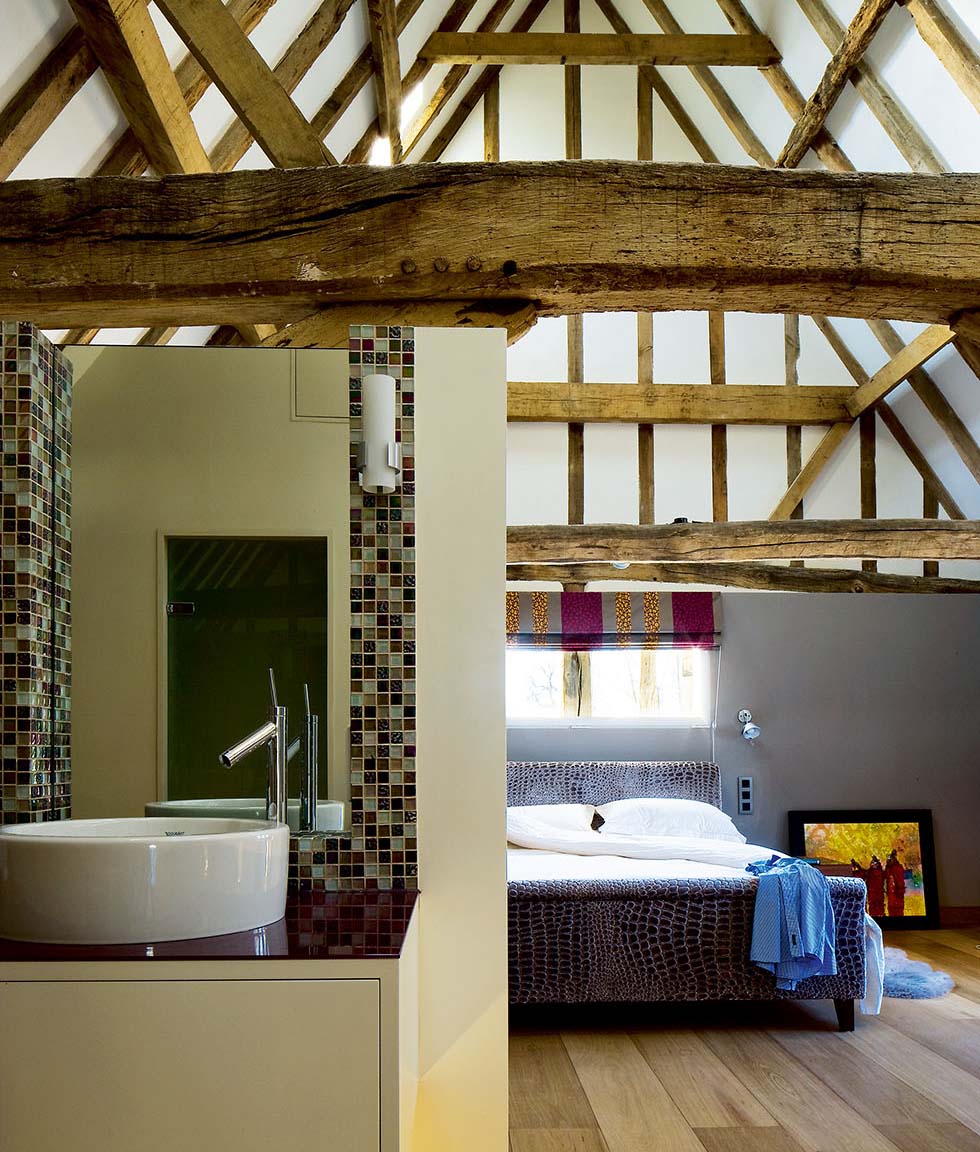 As you might expect, a property of this sort requires an intelligent approach to construction techniques. For a start, the builders used a traditional method of brick underpinning, which effectively involves building a new brick wall underneath the existing, rather than the modern method which involves concrete and hydraulic jacks.

Yet these traditional skills, which help to serve the purpose of maintaining the integrity of the 400-year-old structure, have been used in tandem with more contemporary techniques to allow modern living — for instance, a huge steel beam which allows the first floor walkway to require no central support. Indeed, the internal structure has been built to operate independently of the external walls, allowing future flexibility. 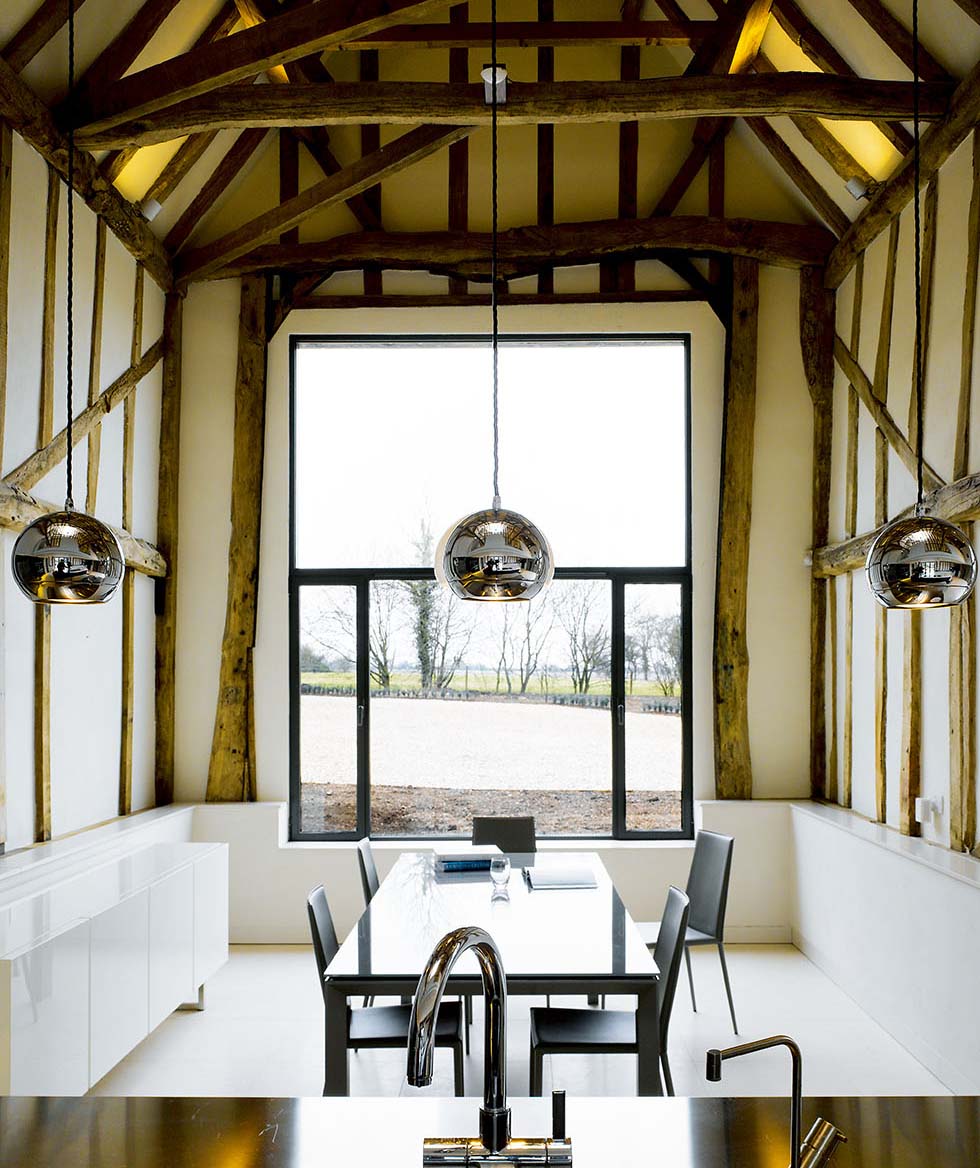 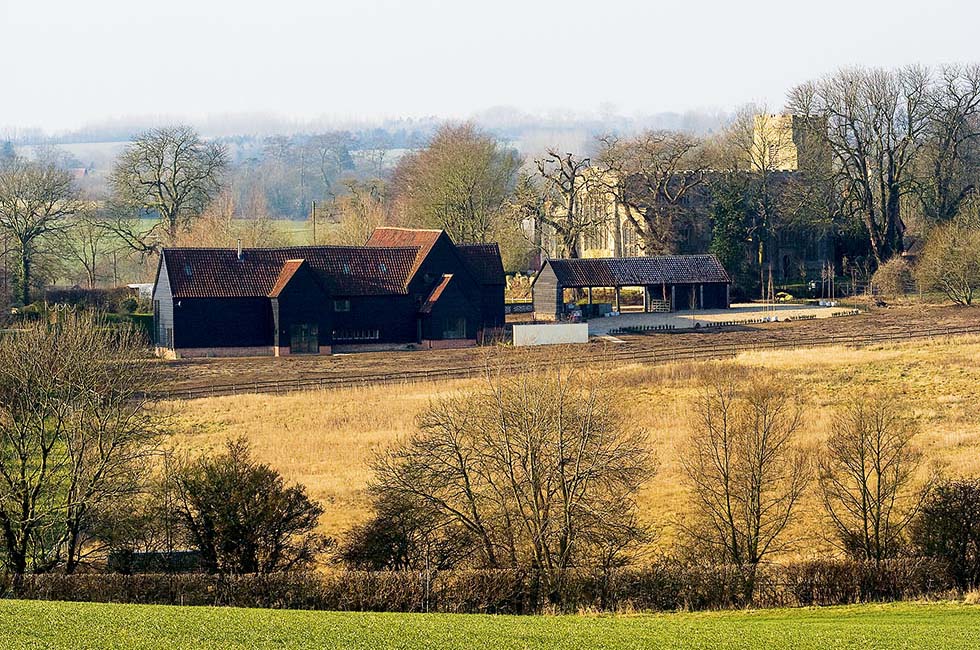 Given a traditional Suffolk black timber treatment, the minimal window openings and restored roof structure (punctuated with occasional glazed rooflights) mean that this conversion, externally at least, bridges that fine line between house and agricultural building. In some glimpses you can indeed barely tell that it has been converted.

So, there you have it. For anyone taking on an old building with a bit of character, this is a fine example of what can be achieved with good design and a professional approach to the construction process. Minimal interference – just enough to domesticate this fine old barn – has resulted in a brilliant family home. Less is most certainly more in this instance.