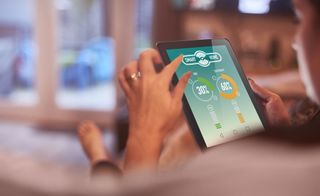 The government has unveiled new details about the Green Homes Grant scheme, including which upgrades and technologies qualify for the scheme, and confirmed that only experienced and vetted traders approved under the TrustMark scheme will be able to carry out home improvements.

From September, the Green Homes Grant will give homeowners in England and Wales up to £5,000 of vouchers (£10,000 for the poorest households) worth up to two-thirds of the cost of hiring tradespeople to upgrade their home’s energy efficiency.

While there is no official start date, the government confirmed on Tuesday 4 August that the scheme grant scheme will only be available until the end of March 2021.

The government has said that the £2bn scheme, announced in chancellor Rishi Sunak’s summer statement in July, will help homeowners make upgrades which could save households hundreds of pounds a year on their energy bills, while also helping to slash carbon emissions.

Which Improvements Qualify in the Green Home Grant?

Gas boilers are a notable emission from the list of home improvements which are covered by the scheme, after the Department for Business, Energy & Industry (BEIS) confirmed on Tuesday which improvements would be eligible.

Responding to the omission, Martyn Bridges, director of technical communication and product management at Worcester Bosch, said: “Although we support any scheme that actively tries to improve the efficiency of UK homes, the fact that upgrading boilers is not included in this grant is an oversight.

“There are still anything up to 6m non-condensing boilers in operation so upgrading to a high efficiency condensing boiler would have made a significant improvement to these homes.”

The government has confirmed that the Green Homes Grant will give homeowners and landlords vouchers to install:

In addition, households can use vouchers for further energy-saving measures. These include one or more of the following:

Only Vetted Traders Can Be Used

Anyone applying for the Green Homes Grant to make energy-saving home improvements will have to ensure their tradesperson is signed up for TrustMark accreditation, the government has confirmed.

And the government has revealed strict accreditation rules for tradespeople involved in the scheme. Tradespeople must be from a TrustMark Registered Business, which the government says will give households confidence that improvements to their homes will be of the highest quality.

Calling all tradespeople! 📣👷🏽Our new £2bn Green Homes Grant will part fund improvements of over 600,000 homes, supporting over 100,000 jobs in green construction.Only registered installers can carry out work.Find out more: https://t.co/TGkcyZKQg5#TacklingClimateChange pic.twitter.com/iVdxEMjqi5August 4, 2020

This update will assuage concerns from industry experts who feared that the scheme could yet exacerbate the problems facing households if the work was not undertaken correctly, and that cowboy builders could undermine the scheme.

"Green home improvements will save people money on their energy bills, help to cut carbon emissions, and create new work for many thousands of builders, plumbers and other tradespeople," said business secretary Alok Sharma.

"Our TrustMark scheme will guarantee that building work is completed to a high standard by accredited tradespeople, ensuring consumers are fully protected."

To find out whether you qualify for funding, and which improvements would be appropriate for your home, homeowners across England will be able to access support from the Simple Energy Advice (SEA) service.

This service will also guide you through how to lower your heating bills, and how you can improve the energy efficiency of your home.