Retired joiner Mike and his wife Jane have designed and built a one bedroom eco home for just £95,000.

Costs were kept low by creating a site at the end of their own garden and by doing as much of the work themselves — Mike even drafted the plans. With minimal professional help, they managed to complete their DIY project in just under two years.

They entered their home in our Daily Telegraph Homebuilding & Renovating Awards 2013, and our judges were so impressed by their hands-on dedication to self build, that they awarded them the title of Best Value for Money Project.

The back garden of the Fry’s family home played host to Mike’s large concrete clad workshop. It was surrounded on three sides by neighbouring houses and a stone wall, but had its own private access. Once demolished, this would create a suitable plot for a sustainable retirement house.

Mike and Jane knew there were certain constraints due to the location and that this would dictate what could be done. For one, they knew the house would have to be low in profile, but they wanted a south facing pitch for solar panels. This became a starting point for their plans.

The major aim of the build was to make sure their new home had low running costs and would remain suitable well into their retirement. Eco technology has been used wherever possible, the doorways are wide enough for a wheelchair and there are no steps. 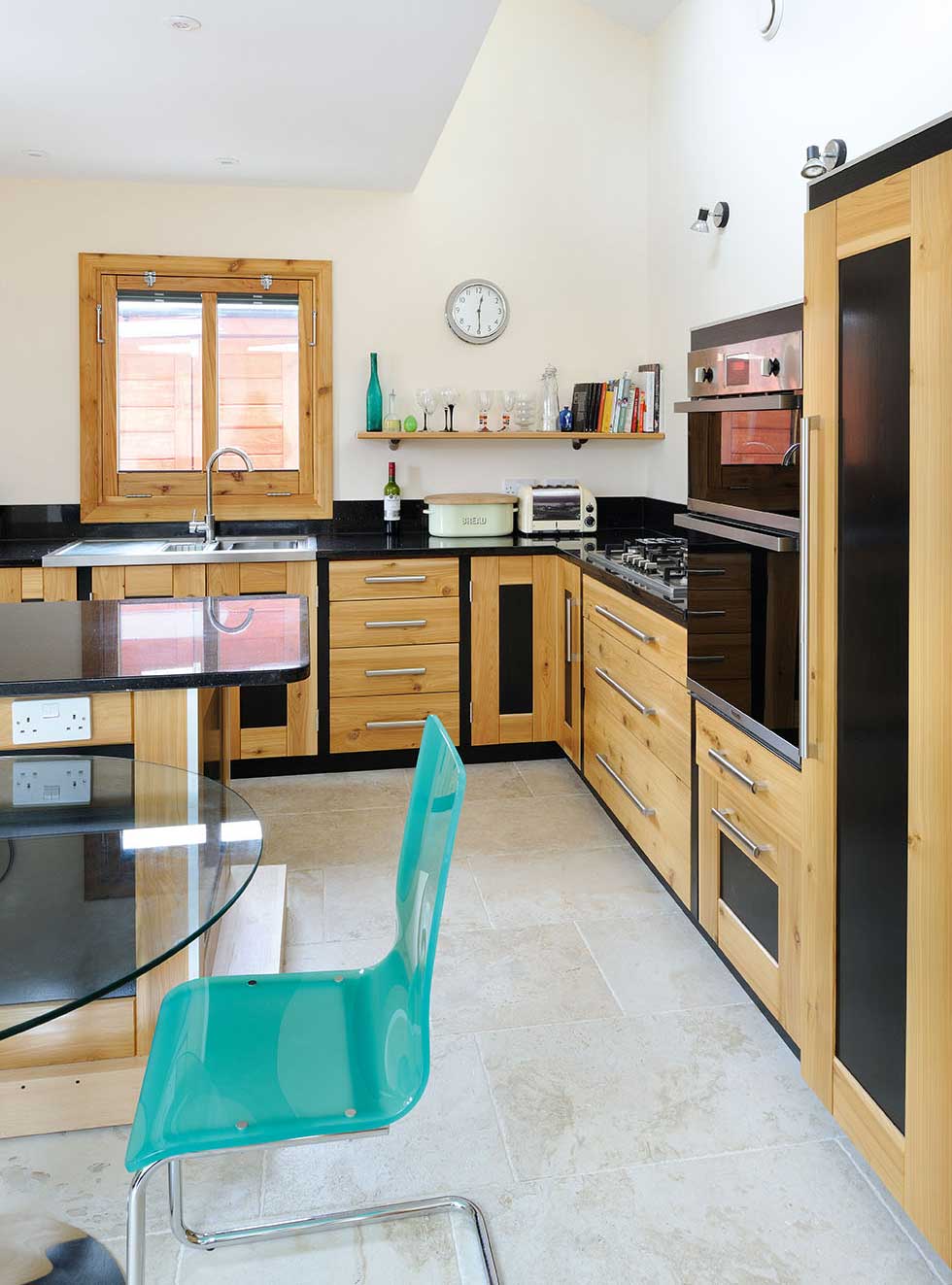 Mike designed the house himself, but used local practice Orme Architects to prepare the structural calculations and technical drawings for Building Control. The weight of the roof is supported by a hefty glulam beam installed centrally along the length of the house.

The rectangular house has a split level roof — half flat to minimise visual impact, the other half pitched for the solar panels. Clerestory windows at the roof juncture bring light into the heart of the building.

Inside, the open plan kitchen, dining and living area has high ceilings adding volume to the 72m² property. As well as the bedroom, there is a utility room, bathroom and an office with a space saving sliding door which can be pulled back to open up the space to the living room. The design also minimises the need for space wasting corridors. 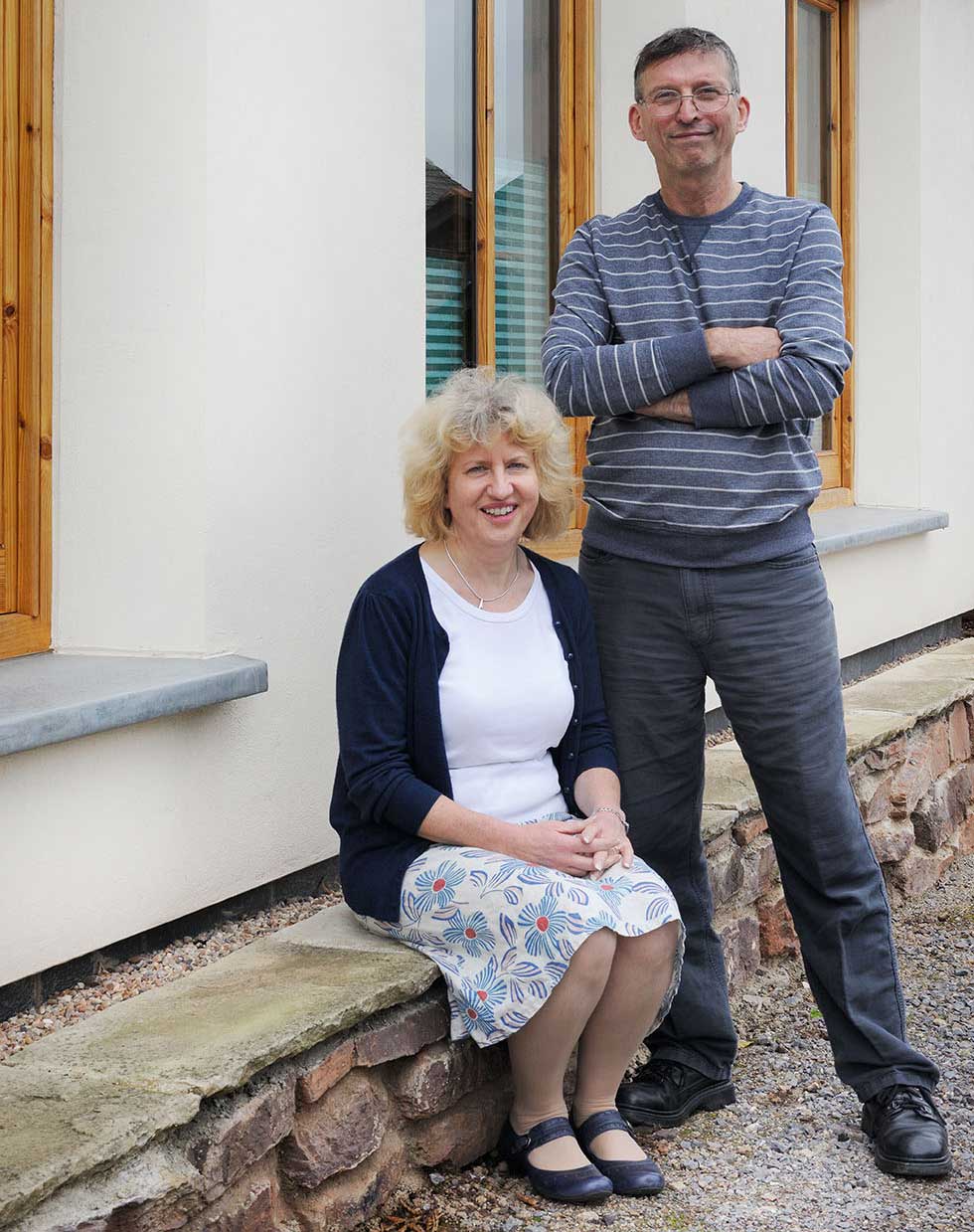 Initial planning objections came from Highways who were concerned about visibility for vehicles leaving the site. These were followed by local opposition and the plans ended up going to committee level.

Fortunately, the sustainability aspect of the design was appealing and they ended up winning by one vote, on the proviso that they include more ‘amenity space’ by the entrance. This lead to the construction of a large sheltered porch which has provided the couple with a pleasant spot to enjoy a morning coffee. 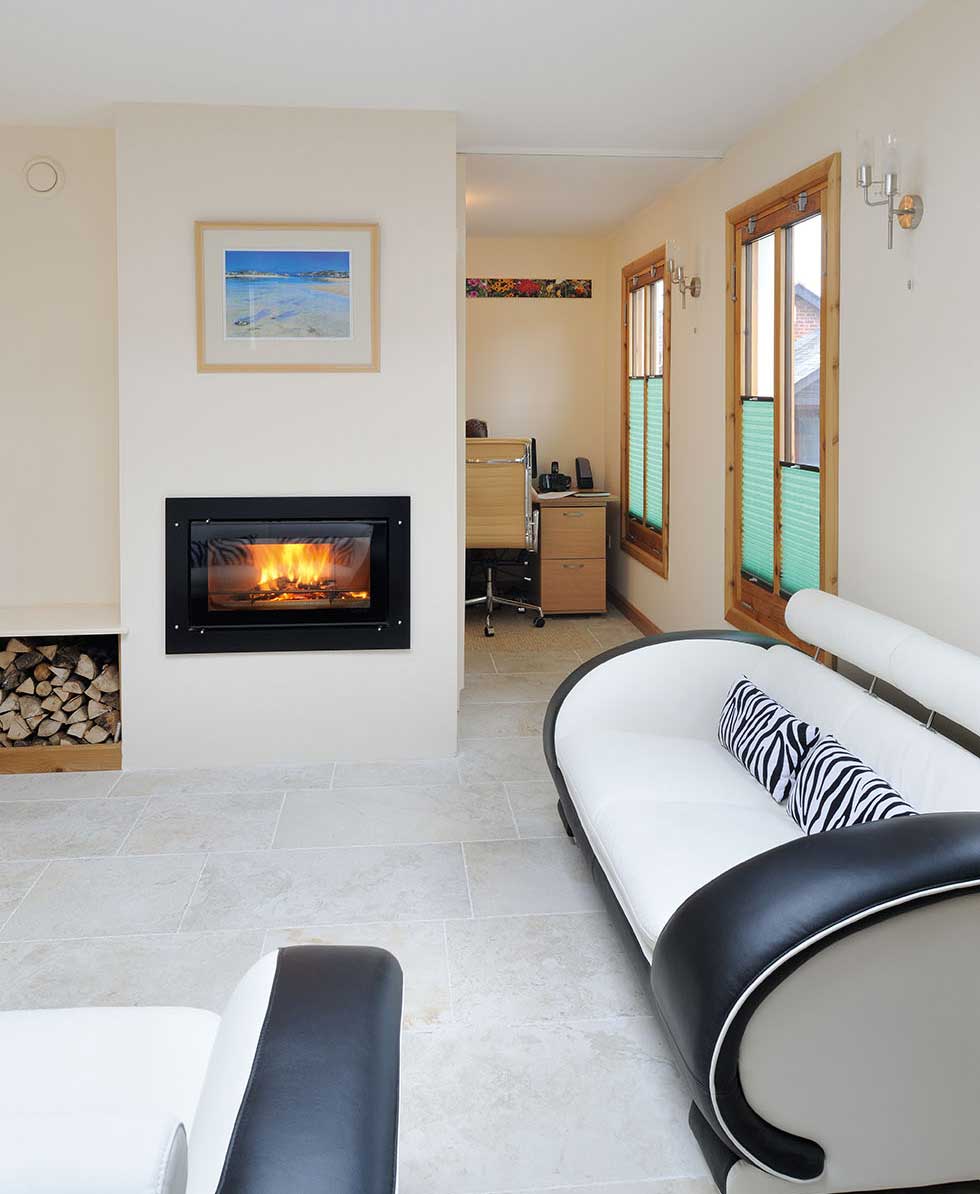 Once the drawings were ready, the demolition of Mike’s workshop got underway. He removed the western red cedar window frames and doors, and the kitchen, to store away until the new home was ready for them to be installed.

Mike worked full time on the build with friend and tradesman, Andrew Cooke. He did the foundations and constructed the timber frame himself to keep costs down. With the aid of Stihl saws and nail guns, the larch frame was up in a couple of months.

When tradespeople were involved, Mike and Jane were keen to use local companies recommended by friends. They also sourced all of the timber from a local sawmill and bought in bulk from local suppliers. This helped keep the costs, and environmental impact, low.

One thing that did hold them back was constructing the roof during one of the wettest summers on record. However, the couple made the short move across the garden to their new home in May 2013. 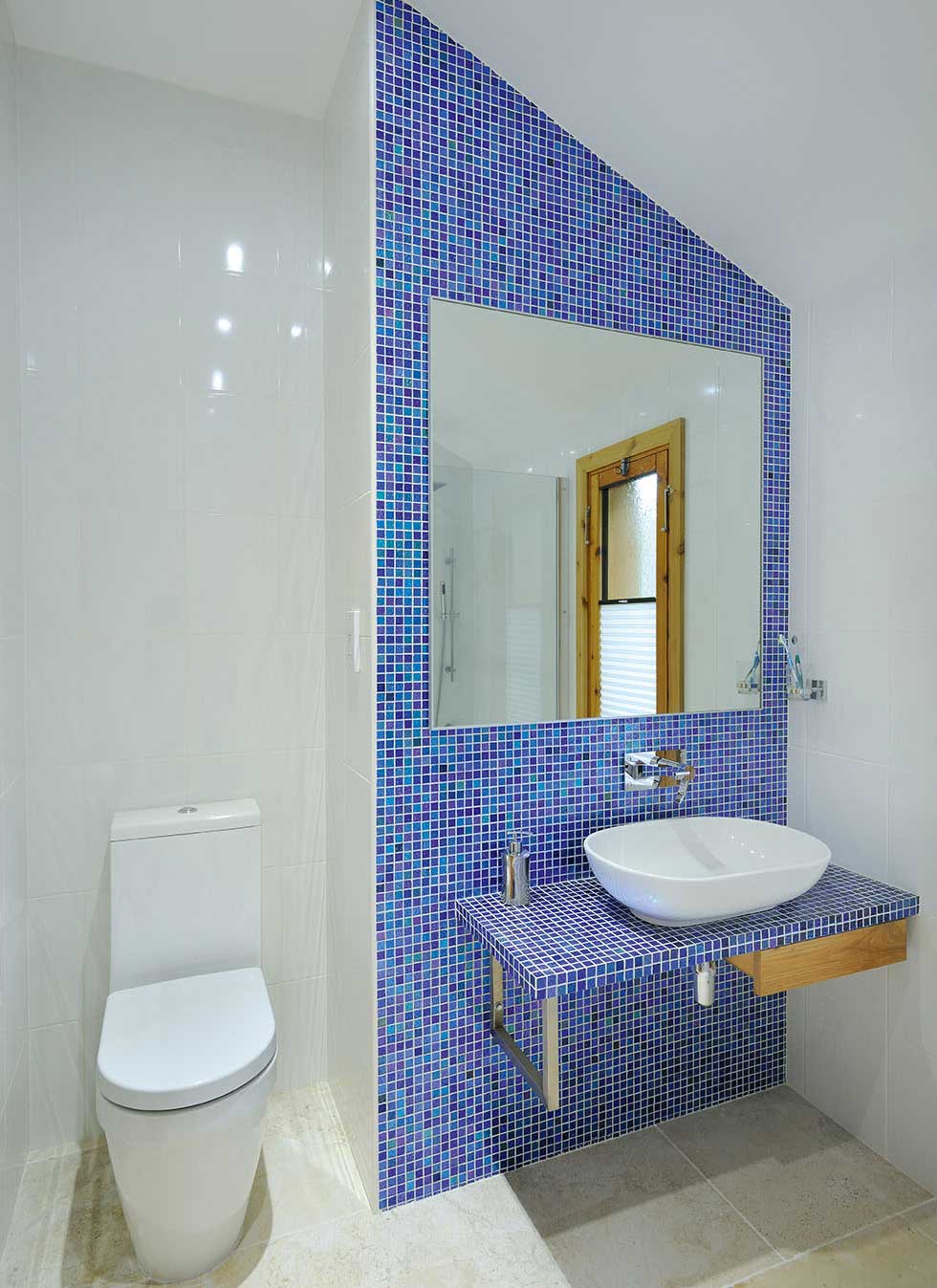 For their eco credentials and low running costs Mike and Jane specified: