The backbone of the great British council housebuilding boom in the 1950s consisted of very plain, rectangular box houses, often arranged as semis. They were built with pitched roofs, usually with hips rather than gable ends. We built millions of them up and down the land. This style of housing may be very dull, but it is also very cheap and easy to build.

The two or three storey rectangular box maximises the volume of enclosed space while minimising the area of the surrounding envelope. You get maximum bang (space) for your buck (surrounding envelope — walls, floor, roof). Just about the only way to improve on this is to build a cylinder or a hemisphere, but these are technically challenging shapes and are not very practical to live in. 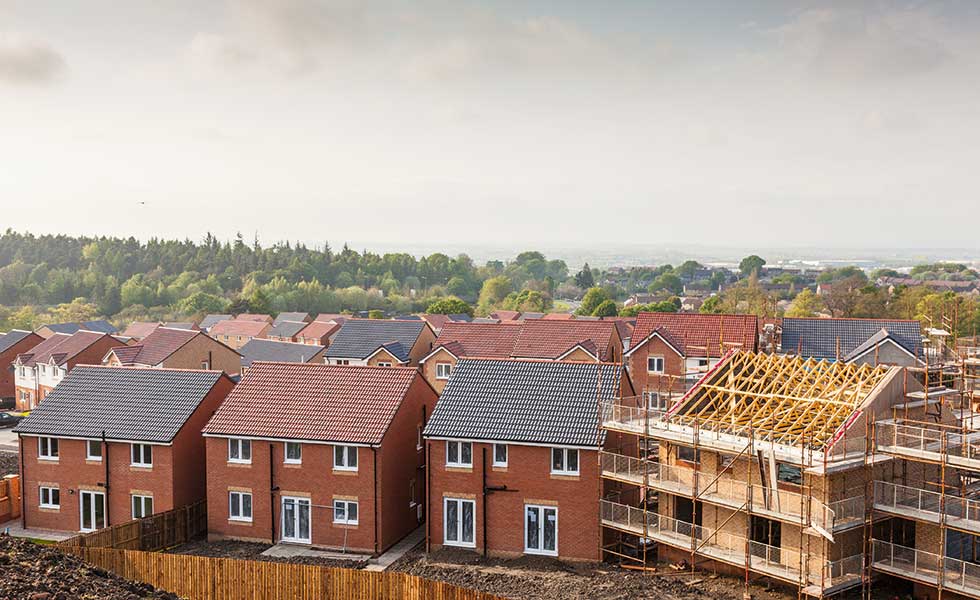 The ratio of the volume to the envelope is sometimes called the form factor. Keeping it lean is one of the key methods of cost control because, essentially, the space you enclose costs nothing. It’s the scale of surrounding envelope (walls, floors, roofs) which defines the build costs of the shell. For instance, a two storey building requires approximately 15% fewer materials than a single storey one of the same volume and will, therefore, tend to be that much cheaper to build the shell. The table below shows how this works.

The same logic applies to complex shapes which tend to increase the wall lengths and areas. A T-shaped building, for instance, will have much longer external wall length than a simple rectangle, maybe as much as 20% longer. A 20% longer wall will result in an external wall area 20% larger which will make a significant impact on build costs. So simplicity rules. To keep costs down, build a two or three storey box with as few projections and junctions as possible. Making such a box look good is a different challenge – and it may be one you have to compromise on – but if you fight the geometry of shapes too much, you will have to pay.

How does geometry affect roofs? Generally, the flatter or shallower the roof, the cheaper it is to build. The steeper the roof pitch, the larger the roof area. This is compounded by the amount of timber required to make up the roof carcassing, which also increases with pitch. So why doesn’t everyone build a flat roof?

Traditionally, flat roofs had a reputation for being difficult to weatherproof and thus they used more expensive materials, which tended to cancel out any cost advantage. However, the materials used for flat roof coverings are always improving, promising longer lifespans and greater durability. It’s perhaps no coincidence that in the past few years we have seen an explosion in the number of flat-roofed homes. It’s partly a design trend towards the modern style, but the increasing cost-effectiveness of flat roof coverings has also played a part.

Nevertheless, the cheapest roof form remains the low-pitched roof (below 22°) dressed with large-format concrete tiles. You see such roofs on out-of-town supermarkets and offices. They really don’t look great on houses and, by and large, developers and self builders don’t use them. A ‘polite’ pitched roof needs to be at an angle of at least 35°, or else somehow concealed from the street view by a parapet. 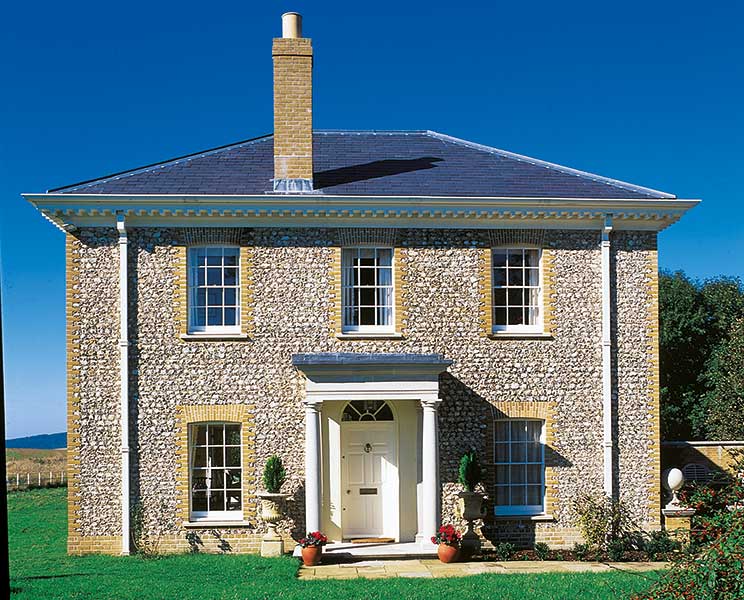 Simple roofs can be things of great beauty, as this partly hipped Georgian new build proves

Geometry suggests that a hipped roof will always be cheaper to build than a gabled roof. A hipped roof covers the same surface area but without the addition of gable walls at either end. But it’s not quite so straightforward. Building a hipped roof has its own complexities: you trade gable walls for a more complex roof shape, not to mention eaves details and guttering on all four roof edges.

That’s not to say that gable end walls are simple or trouble-free. Building them involves a tricky angled junction with the adjacent roof cover, and if it is being constructed in masonry, lots of fiddly cuts along that junction. The one big advantage of a gable end wall is that it frees up lots of room in the roof space beneath. If you plan to use the roof as living space, then a gabled roof is easily the best option because it creates far more space.

One admirable way to improve the look and feel of an interior is to add height to the inside ceilings. There is no minimum nor maximum room height set in the Building Regulations but a building standard has emerged at 2.4m (sometimes slightly less). This translates as a floor-to-floor gap of 2.6m (allowing 200mm depth for the ceiling/floor space), which happens to be the height of the standard (and cheapest) staircases. If you were to increase room heights on the ground floor by, say, 200mm, you would be adding 200mm to the overall height of the house (or else taking some elaborate and expensive remedial actions to ensure that the overall height doesn’t grow). As such, you would be adding:

Geometry affects energy efficiency in buildings in a very similar way to building costs. The calculation is essentially the same. Homes lose heat through the building envelope and the smaller the envelope relative to the space enclosed, the less heat will be lost and the more efficient the building will be. The form factor is at work again. Therefore a two storey house will lose 15% less heat than a bungalow of the same floor area, just by dint of its shape (all other factors being the same). To put it another way, to get the same energy performance from a bungalow as you would from a two storey house, you will need your design to incorporate a lot more insulation. 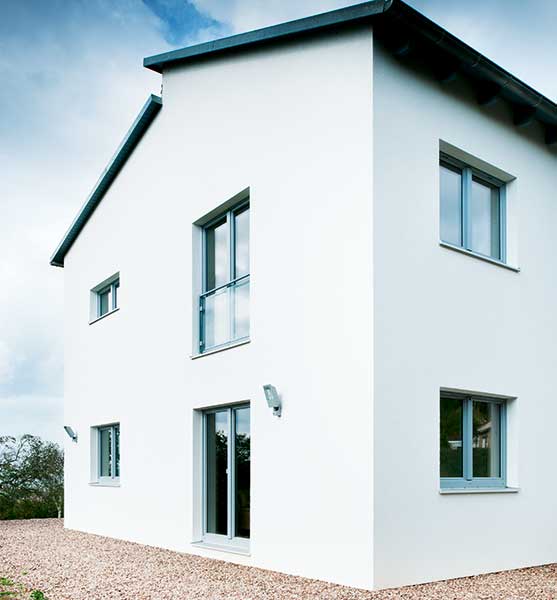 A home’s geometry also affects its energy efficiency: the ratio of surface wall to space enclosed should be as low as possible

Passivhaus designers are well aware of this phenomenon, and encourage clients to build more efficient (i.e. two or three storey) shapes. Some people complain that the Passivhaus standard thereby discriminates against single storey designs but it’s all down to the building’s geometry. But what you can discern is that there is definitely an art to designing energy-efficient homes. This leads into a debate about the relative cost of building to the Passivhaus standard. Because of the effect of form factor on both costs and energy efficiency, a 160m2 Passivhaus built on three floors is likely to be cheaper than a 160m2 bungalow built to ordinary Building Regulation standards of energy efficiency.

Very few people choose to build space-efficient 1950s council house look-alikes these days, but it may not do us any harm to remember why we once did. Arithmetic dictates what you can afford; geometry helps you work out how to use this money efficiently. But in the end what you choose to do may be down to something else. There may be very good reasons to build a bungalow, or equally to construct a complex envelope which does little for the form factor. Either way, the more you fight the lessons of geometry, the more you will pay.