Finally, the build (half) starts | Homebuilding & Renovating Skip to content

So today really has been the day, well half the day it was meant to be at least. Today the build was due to start, the scaffolding to go up and the builder to be on site. The builder, to time, arrived at 8am and the scaffolders… nowhere to be seen. Apparently they will arrive tomorrow.

Overwhelmingly though I am delighted with this half started approach as it’s been such a looooooooooooong time coming.

I achieved planning permission for the loft conversion works a year ago this month. I had appointed my builder a year and a half ago. I had agreement from my neighbours to carry out the works nearly two years ago. I arranged the finance to cover the costs a year ago. So, why the delay you might ask? 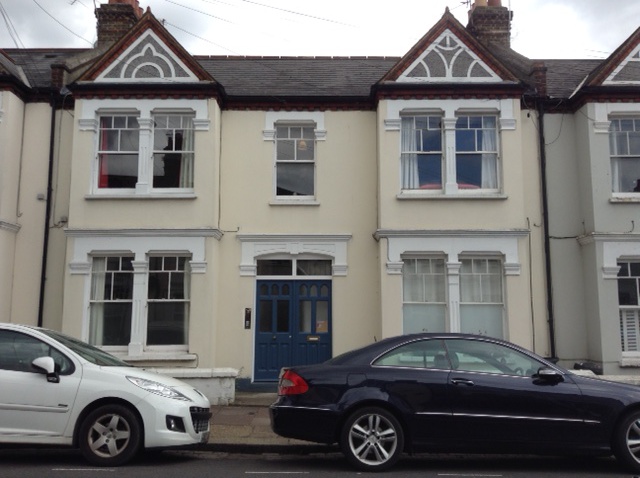 My home is a flat and it turned out to be a lot more complicated to get a project off the ground in a flat. The delay has been in having four new leases written to demise the loft space, and crucially the airspace, into my lease. My neighbours, whilst happy for me to do the works, wanted to use the opportunity to have entirely new leases created to remove ambiguity from the existing leases. The existing leases for the four flats in the building had had so many deeds of variations over the years that they were interpreted by different conveyancing solicitors in different ways – some solicitors thought the top floor flats already owned the loft space, others didn’t. Property law is open to interpretation I discovered. 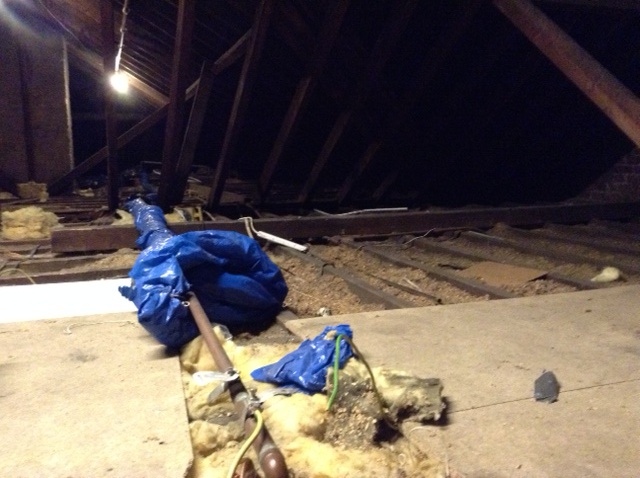 Dear reader, if you decide to embark on getting a loft space in your demise and are having new leases written, please please ensure you get a conveyancing solicitor very experienced in such matters. It will save you time and a whole lot of pain. Or see if they will agree to a simple variation of the lease, putting the loft space in your demise instead. A much simpler and more expedient idea, if your neighbours will agree…

So you see; my half start today is a dream come true. The build has finally started, two years after my offer was accepted on this flat, my home. I feel the hard part must be over. Though anyone who has carried out large scale building works will be learnedly telling me otherwise – I’m up for the challenge.

Good news! The scaffolders arrived. Apparently they are a law unto themselves. I’d say about a 1/10th of it has been put up and we are up against a deadline!! My new neighbours move in on Wednesday and we have to go through their flat to put the scaffolding in their garden. I remind the builder that is has to be in place by end of play Tuesday AT THE LATEST. 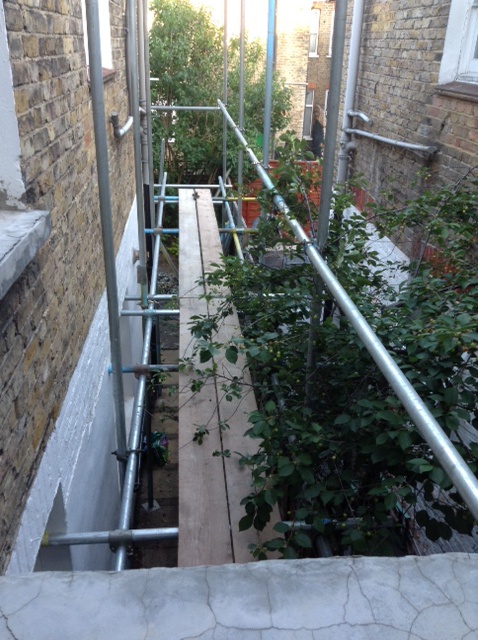 Jo is a serial property renovator, relishing the challenge of taking a tired, lack-lustre property and realising its potential. Growing up under the wing of a property renovator father, Jo’s first experience of DIY was with her Fisher Price toolkit as a four year old. Now with six property renovations under her belt Jo has learnt how to project manage, fund, develop a property on a budget and turn the undesirable, into the desirable.