For what is essentially an annexe, John and Sue Beech have not held back their design ambition or compromised on quality at all. They were fortunate enough to find a beautiful tree lined plot, with glimpses over the countryside in Suffolk, on which they have already built one modest family home (with detached garage and studio) and barn-style multipurpose building — and are in the process of building another home.

The two-acre site – which was once occupied by a run-down college – had planning permission for two houses. This gave the couple the ideal opportunity to built a complex of homes for themselves and their family with all the charm the site deserved.

Above all else, the couple wanted to build in oak frame as it would offer instant character and style, but also the ability to create a modern home. They met with Tim Crump, owner of Oakwrights, who introduced them to freelance designer Pete Tonks who has worked on many notable Oakwrights projects.

The discovery of bats (a protected species) on the site, meant that the couple would have to delay the build of the main house which lead to them starting with the two bedroom ‘annexe’, garage and barn. 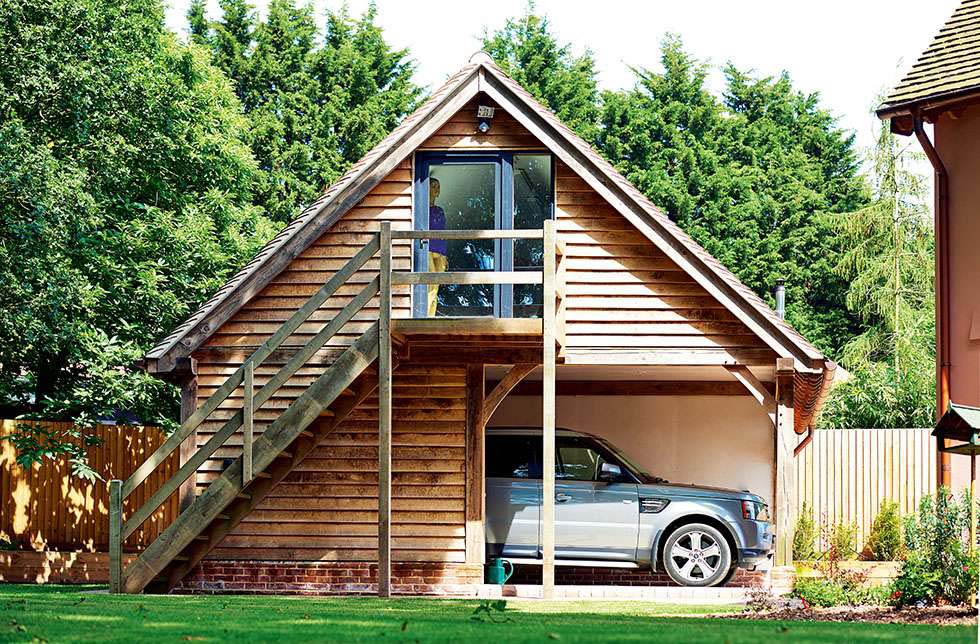 The oak-clad garage incorporates a studio above

The annexe is a small, open plan and simply fashioned home. At just 144m², it has a fairly modest footprint for an oak frame self build, but no architectural appeal has been spared.

Inside there are double height spaces, a galleried landing and vaulted ceilings — all perfectly illuminated with an expertly designed lighting scheme (which has been replicated outside too). The spacious open plan ground floor is zoned thanks partly to the bays of the oak frame itself, but also thanks to interior features such as the woodburning stove.

The exterior has also been careful considered to work in harmony with the barn and detached garage to create an impressive mix of rural farmhouse and achievable grandeur. The roof pitch that flares at the foot; the offset window and porch positions and shapes; the strong, glazed gable end, all play with the local vernacular for a pleasing mix of traditional and contemporary styles.

John and Sue agonised over the windows and ended up choosing dark aluminium frames rather than traditional wooden ones. Exposed rafter feet look wonderful, as does the lime-based pink render. Best of all is the brilliant wood-encased windows in the triple-aspect living space, closely followed by the copper rainwater goods. 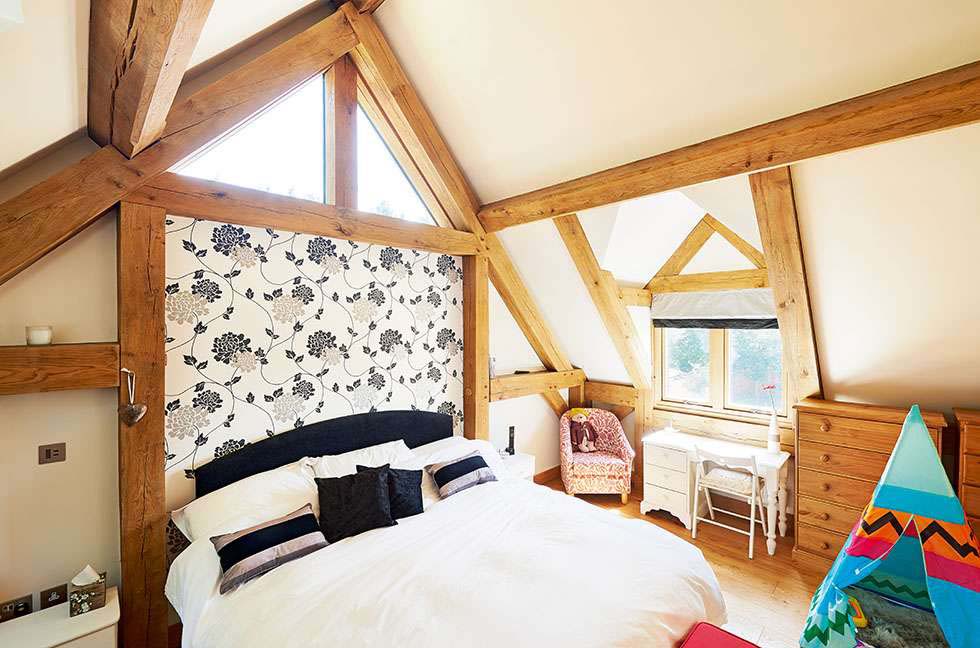 A large barn-style structure serves as the central point of the site — one large room that will multifunction as a party room, dining hall, storage space or whatever is needed. Architectural ‘wow’ was the key. This barn is also the central point for all the systems, feeding the annexe and, eventually, the second new home, which is where John and Sue plan to end up.

The Fröling biomass boiler is housed in this barn, and was chosen by the couple as the combined heat demand of the buildings warranted the £30,000 expenditure. It qualifies for the non-domestic Renewable Heat Incentive too. 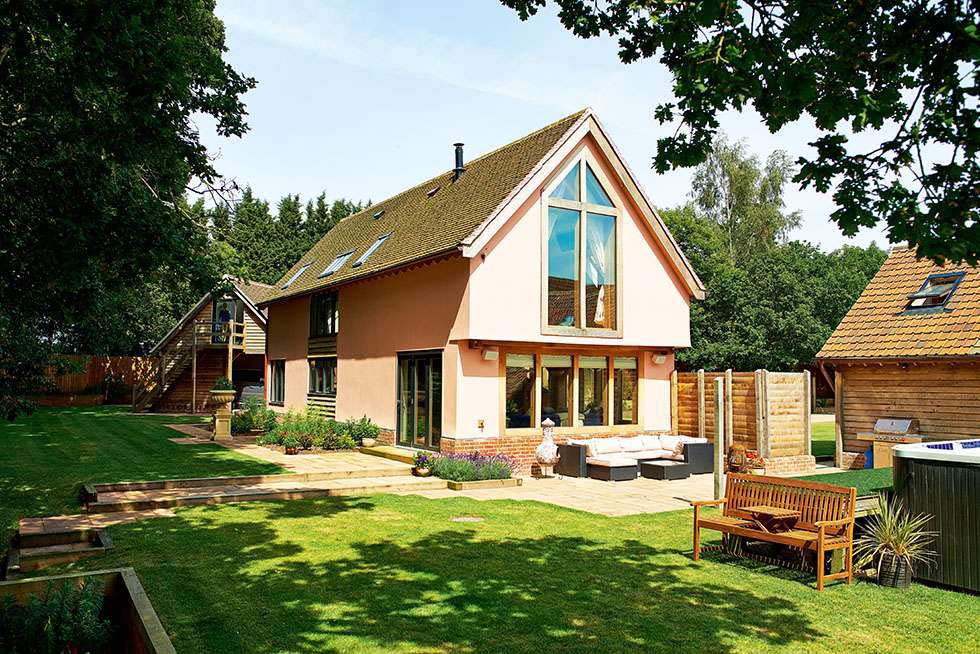 Just right of shot is the barn which houses the main plant for the buildings and is also to be used as a hosting space for parties, dinners and other activities

Oakwrights supplied and erected the oak frame itself, while the couple worked locally with a project manager to run the rest of the build around it. The process required a fair bit of attention, as they found it easier to visualise the home as it went up (rather than on paper) so many decisions were made throughout.

The effort has well been worth it, and has certainly not put the couple off building their next home next door. Until that is complete though, they are more than happy staying in the warm, comfortable and beautiful annexe.