Energy bills have been reduced by more than 80 per cent; the house has received an International Green Apple Award as well as ‘SuperHomes’ status (awarded to existing homes which emit at least 60 per cent less carbon dioxide than previously). An environmentally friendly approach has been continued inside, with upcycled and reclaimed objects used in the decoration and furnishing of the property. 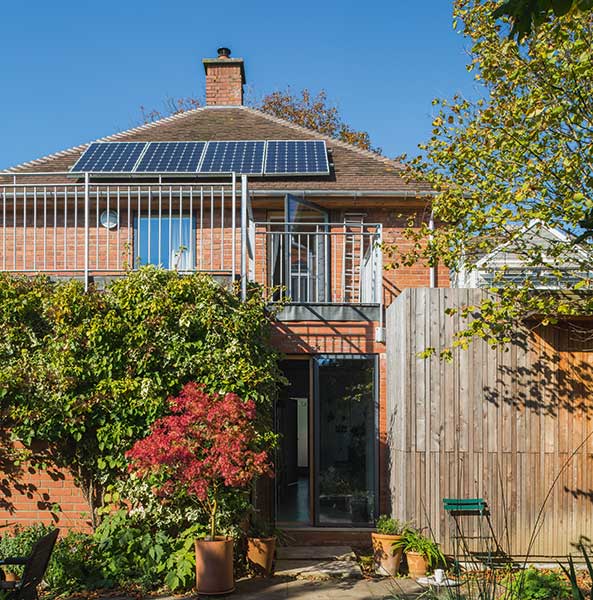 The existing two-storey detached house was built in 1948 with a tiled pyramid roof, which has been stripped, strengthened and re-covered using clay tiles before photovoltaic (PV) panels could be fitted. Triple glazing has been installed and a new single-storey timber extension constructed with trays of planted sedum on the flat roof.

A roof terrace above the dining room, which features a recycled rubber floor, can be accessed from two of the first floor bedrooms. 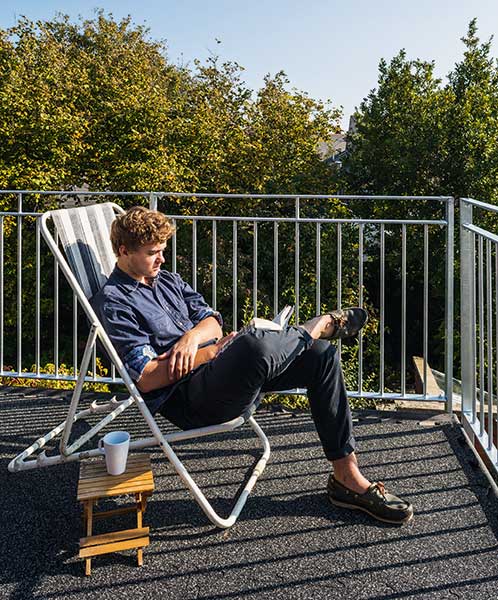 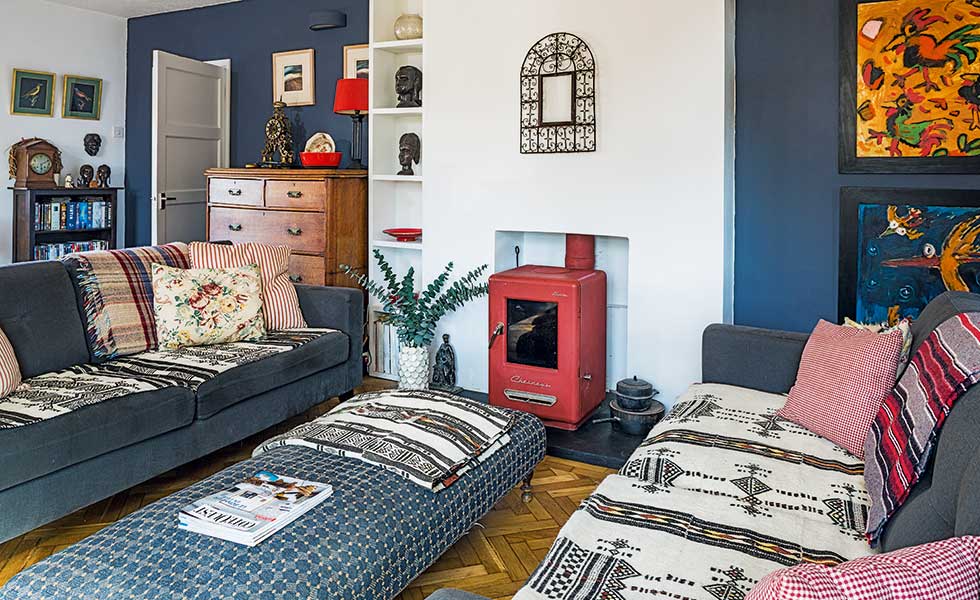 Existing parquet flooring was uncovered and restored in the sitting room, where a red woodburning stove from Chesney’s has been installed. Dark blue low vinyl paint on the walls delineates where heating pipework is buried. 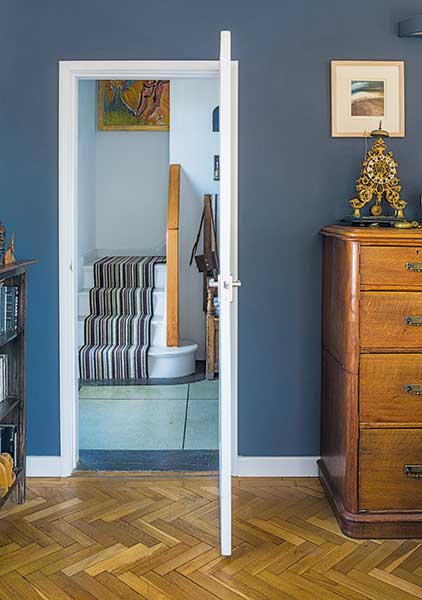 The parquet flooring in the living room and dining room prevented underfloor heating being laid. Instead, heating pipework has been installed vertically in the walls, and then covered with two layers of lime mix plaster. 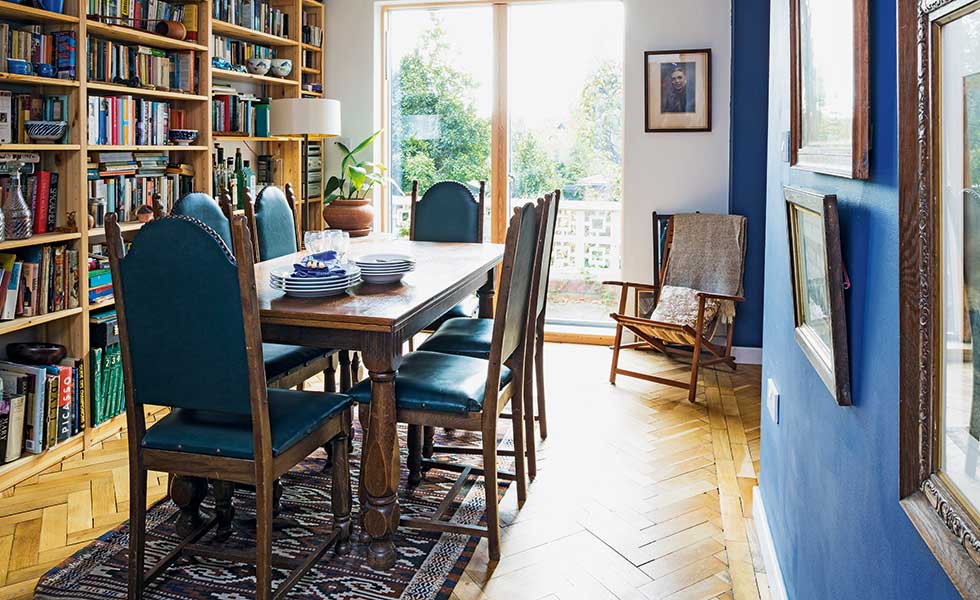 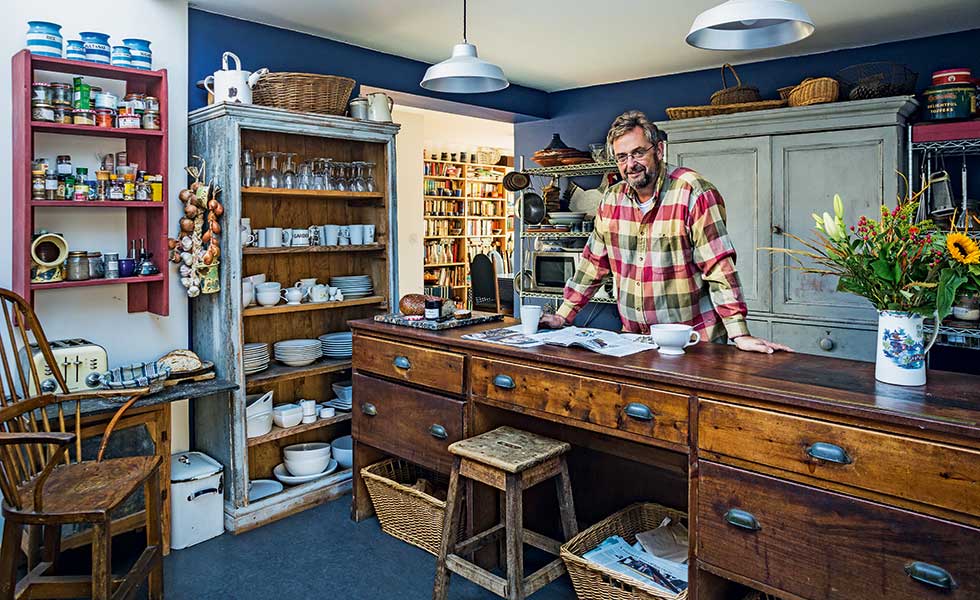 Nigel’s father-in-law was a village shopkeeper in Cresswell Quay in Pembrokeshire and his mahogany shop counter, complete with a brass measuring stick, has followed the family from house to house and is now a feature of the freestanding kitchen. New rooflights were installed above the reclaimed sink in what had previously been an external passageway between the house and garage. 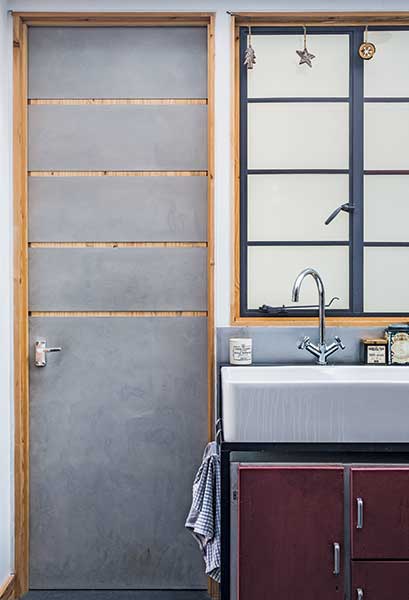 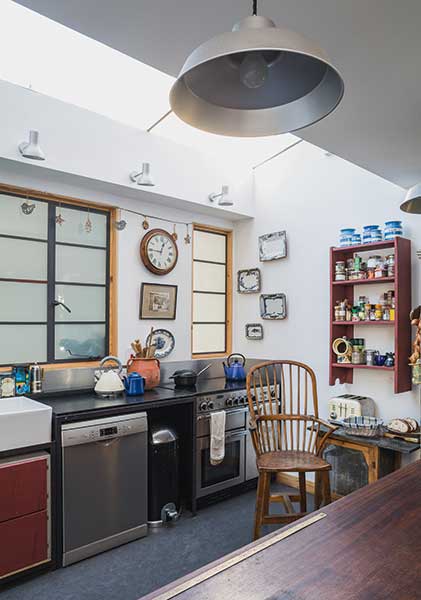 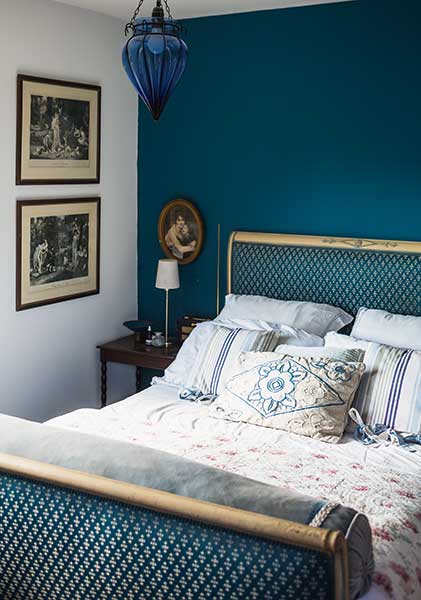 Slate reclaimed from old snooker tables was cut and polished by a local stone yard; it makes a stylish sink support in the newly refitted bathroom, which has an original 1940s terrazzo floor. 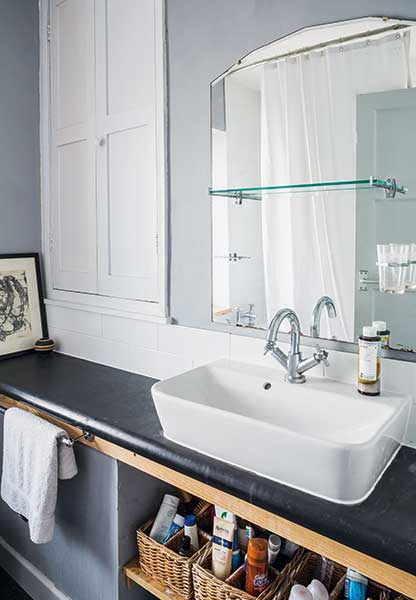